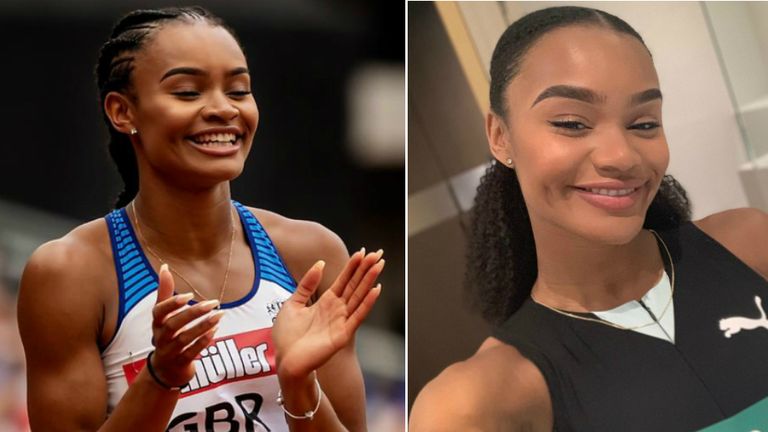 The Sky Sports Scholar reflects on events on and off the track ahead of her outdoor campaign.

“My indoor season was filled with a lot of highs and lows, lessons and personal growth.

I had a lot of fun, and ultimately I was really pleased and although at times it was difficult, it was crucial in preparing me for the challenges to come.

I began on home soil at the 60m Newham Athletics Series after returning from my Tenerife training camp. It’s a familiar meet and it was an opportunity to dust off any racing cobwebs.

I opened up in 7.34 seconds, which I was really happy with as it was one of my best openers to date.

I’ve never been a quick starter, and so I knew it was a decent starting point to continue my indoor season. Next was Paris on the World Indoor Tour, so I knew it was important for me to step up in my next race to compete with the best in the world. 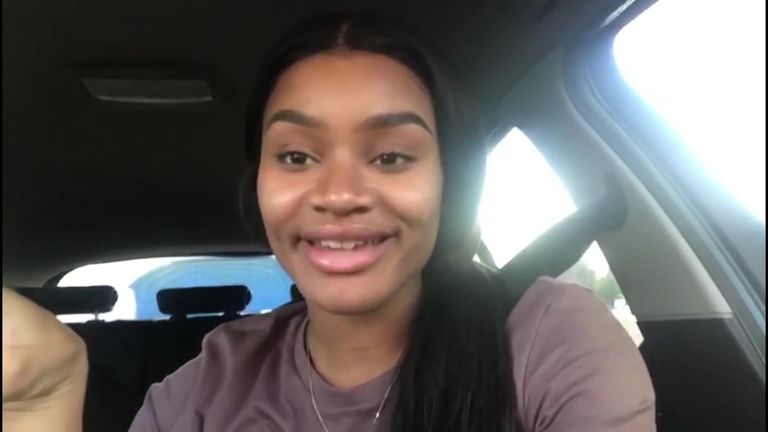 I didn’t exactly achieve the results I expected. I only improved on my season’s best by 0.02 seconds and although I was fourth to some great competitors, I knew I could do better.

Most of the time you can’t predict what will happen race to race, and even more frequently, things won’t go to plan. It was an important learning curve to remember, and it made me focus even more on my long-term plan and race model leading into my next race.

I grew stronger from this and knew there were big improvements I had made mentally and physically. I feel that I made a really positive step forward in managing disappointment and being motivated by mistakes.

My next race was in Torun, Poland. This is by far my favourite meet on the IAAF World Indoor circuit and training before had stepped up a level and off the back of my disappointment in Paris, I was desperate for success.

However, a few days before flying, I received the shocking news of losing my Great-Granny after a training session. This was really difficult news for me, as she was a definite cornerstone in my family and we had just lost my Great-Grandad a few months before.

I debated with my team whether I still wanted to race, but I knew it would make both her and my family proud to see me compete. It was so difficult, but it fuelled me with a different passion and drive towards my performance, as I was always so motivated by her relentless strength and passion she showed throughout her life.

I was so pleased to run two big season best times in Torun, of 7.27 and 7.23 seconds, finishing third, which was my highest ever placing on the circuit.

Not only did it feel good to progress in my times, but it also felt great to have made my family proud and to perform after such a difficult week.

My final race in Dusseldorf, Germany was probably my favourite, as I had overcome such a huge emotional battle in Poland I just wanted to enjoy competing again.

I went into the race feeling a little flat and tired from the previous weeks, but I still produced a very consistent series of times emulating what I ran in Poland, and left another season injury free.

Although it would’ve been great to have run a new personal best indoors, I think I learned a lot about myself race to race and picked up some great skills that are probably more valuable than a 60m time.

While also juggling full-time university commitments, I managed a lot of things I hadn’t had to do before and showed myself that I am stronger than I think!

Despite this, I know I was better than what I produced, and I’m carrying that feeling into my outdoor preparations.

I’m really looking forward to working harder than ever before and taking all of these lessons that I learned in the 60m, to my 100m and 200m!

Euro 2020 – England vs Ukraine: 66/1 odds boost for Raheem Sterling to score any time