They are certainly qualities that are being used to explain why Perth Glory, once so inconsistent, are riding high at the top of the table after six rounds with Popovic in the managerial hot seat.

But, says the Glory's director of football, Jacob Burns, those alone are not sufficient reason to explain why Perth is setting the standard in the early months of the current campaign.

If anyone characterises Glory as merely a typical, well-drilled Popovic team they do so at their peril. 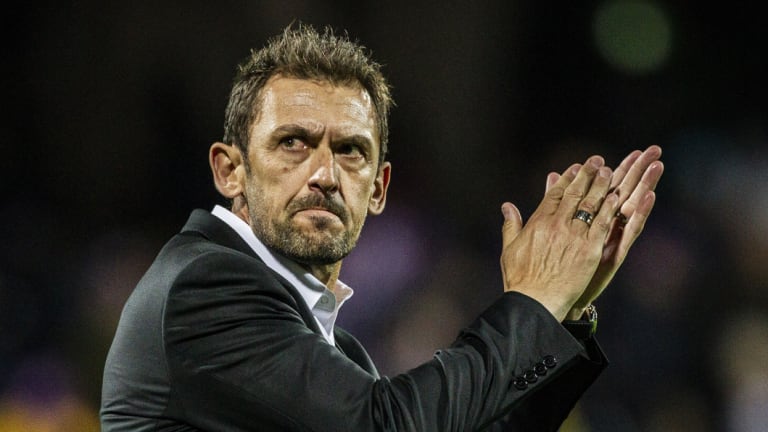 ''Yes, we want the team to be all of those things, but really that is what all elite teams have to be. Every top side has that, and then they have something else too.

''We have got a good strong squad here, we have brought in new players but more than anything we have got depth and good competition for places. That is important.

''There's also a lot of change in the coaching ranks which has brought a different approach.

''Poppa has come in, with Hayden Foxe, who has worked at high level in the past.

''We also have Ritchie Garcia (ex-Premier League and Socceroo and Glory old boy) and Danny Milosevic (the goalkeeping coach.

''There are a lot of like-minded people who have worked and played at elite level and it's having an impact,'' explains Burns, who has been with the club both as a player and an official for several years.

Glory played a lot of pre-season matches to get the new faces adjusted to the Popovic style.

''It's nice to be on the top of the table although it is only early in the season. But what we have done is create the expectation for success, among the playing group and the fans, of being up there and competitive,'' says Burns.

''What we need to do is continue to improve and become more consistent.''

Travelling is always a bugbear for WA teams but the converse is also the case, as Perth is a difficult place for eastern states rivals.

''The players are embracing those challenges, not using them as excuses, and take them head-on,'' Burns says.

On Saturday night Glory host Melbourne City and a win would consolidate their position at the top of the table.

All the statistical indicators would suggest just that.

Glory has won four of their past five meetings with City, while the visitors' record in WA hardly inspires confidence. City have lost eight, drawn one and won only on one occasion in their past ten visits to nib Stadium.

Still, it will be a milestone occasion for City midfielder Luke Brattan, who is due to play his 150th game in the A-League if he starts – which he surely will after scoring such a cracking volley in City's 3-0 win over Newcastle last weekend.

Chris Ikonomidis will be looking for a big night, too. He has been mentioned as a potential candidate for the Socceroos' Asian Cup squad and will be hoping to enhance his claims of a call-up in one of the few remaining matches before Graham Arnold announces the squad.