Gold Coast expect the process they use to select their next captain will help set the agenda for a new era at the struggling expansion club.

They will involve all players and coaches in the process to define what will constitute successful leadership at the Suns and aim to choose a leadership group before the JLT Community Series. 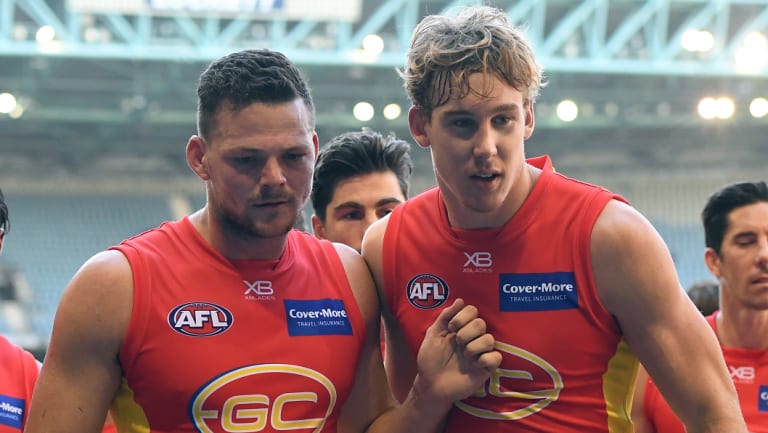 Steven May (left) and Tom Lynch both left the Suns.Credit:AAP

The Suns' 2018 co-captains Tom Lynch and Steven May left during the trade period, while their inaugural captain Gary Ablett re-joined Geelong a year earlier.

However the club wants to use that unprecedented situation to their advantage as a very different group prepares for the new season under second-year coach Stuart Dew.

David Swallow is the early favourite among outsiders to become the club's new captain but it's understood Touk Miller (who captained Vic Metro and the Calder Cannons in 2014), Pearce Hanley, Jarrod Witts, Lachie Weller, Jack Bowes and Brayden Fiorini are all highly regarded at the Suns. 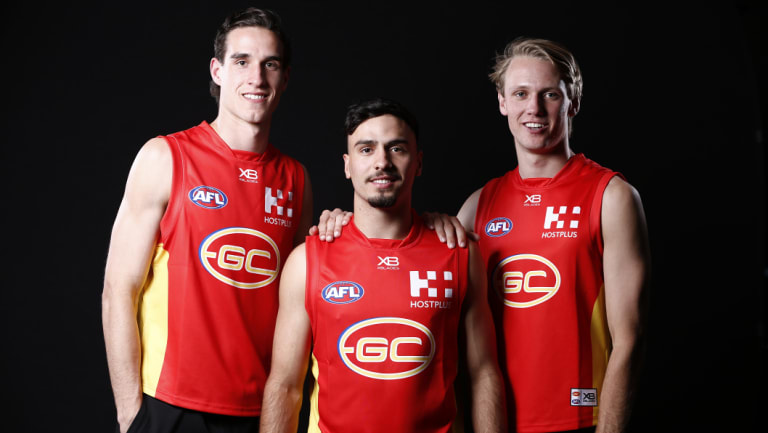 It's understood the Suns' board were informed this week of the process to be employed in choosing a captain, with the club aware that the next batch of leaders need to develop a legacy of leadership for the Suns to be able to establish a sustainable culture that can translate to strong performances on the field.

They also know that creating a tight-knit playing group is crucial to retaining players as they look to slow the recent flow of players to other clubs, with eight of the top 10 placegetters in the club's 2015 best and fairest having left.

With Suns CEO Mark Evans having worked as football manager at Hawthorn when Sam Mitchell and Luke Hodge were skipper, and Dew at both the Hawks – where he was appointed to the leadership group midway through the 2008 season – and the Sydney Swans where he was an assistant coach, the club has experience to draw on as they remodel.

The Suns have also added Josh Drummond and Josh Francou to their coaching panel while Alex Rigby took over conditioning from Justin Cordy.

The club has not made the finals since they started in the AFL in 2011 and are expected to struggle on-field again in 2019 although they are focusing on building their fitness base to ensure they stay in games for longer than they were able to last season.

The Suns are not the only club searching for new skippers with Hawthorn and Port Adelaide also embarking on processes to select replacement for Jarryd Roughead and Travis Boak respectively.