Australia’s 2002 team won their fourth Test against India’s 2018 Adelaide side to move 2-1 up in their series with one match to play in the first semi-final of the Greatest Test Team Tournament.

In the other semi, England’s 2010 Ashes winners played out a high-scoring draw with Don Bradman’s 1948 Ashes side.

On an excellent pitch, Andrew Strauss won the toss and chose to bat first.

Alastair Cook (83) and Jonathan Trott (92) found the easy pitch to their liking but when they fell in quick succession, it was time for Kevin Pietersen to take centre stage. 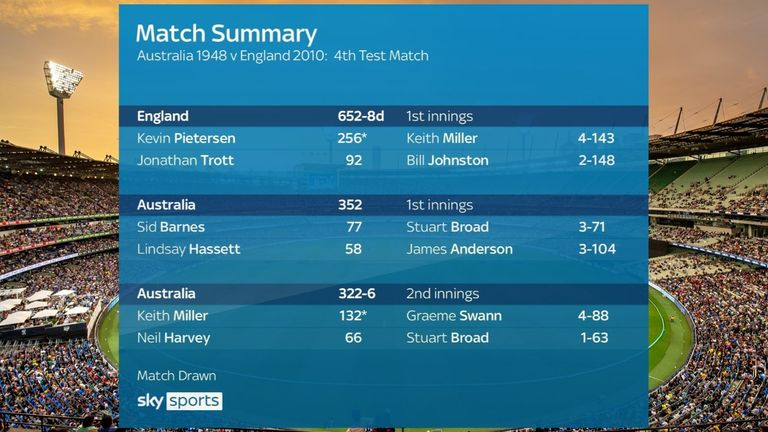 Supported in a fourth-wicket partnership of 167 by Paul Collingwood, Pietersen then dominated a sixth-wicket stand of 213 with Matt Prior, who made 67.

When Strauss finally drew proceedings to a close, Pietersen was still there, unbeaten on a career-best 256 with England ending on 652-8.

Australia’s reply started solidly with the top four all contributing. However, without anyone making a three-figure score, the follow-on was always going to be difficult to avoid. So it proved and Strauss elected to send Australia in again with 118 overs to bowl them out.

England made early inroads, but Keith Miller stood firm in nearly seven hours of batting to ensure a draw and a level series with one match to play.

Virat Kohli won the toss and surprisingly chose to bowl in the other semi-final. His bowlers performed well and only Justin Langer passed fifty as Australia made 282, with useful contributions from the Waugh twins as Ishant Sharma took six wickets. 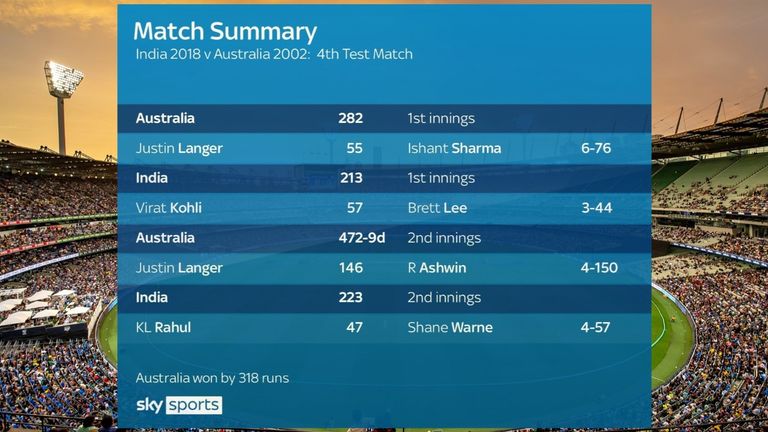 India were looking good in reply at 142-3 with Kohli going well but the Australian bowlers stuck to their task and removed the last seven wickets for the addition of just 71 runs to create a useful first-innings lead of 69.

Langer continued his superb form in the series with an excellent innings of 146, ably supported by Damien Martyn, who ended unbeaten on 126 as Steve Waugh declared halfway through day four, setting India a mammoth 542 to win.

At lunch on the final day they were 166-3 and might have felt confident about saving the game, but the combination of Warne, McGrath and then the second new ball put paid to their hopes as Australia wrapped up victory with a couple of hours to spare to move 2-1 up.

The Darts Show podcast with Phil Taylor: Rivalries, returns and how it all began