HARRY MAGUIRE was booked after furious row almost erupted on the stroke of half time in England’s clash in Poland.

The ref had just blown for the break before both sets of players suddenly started piling in to each other in the middle of the pitch in Warsaw. 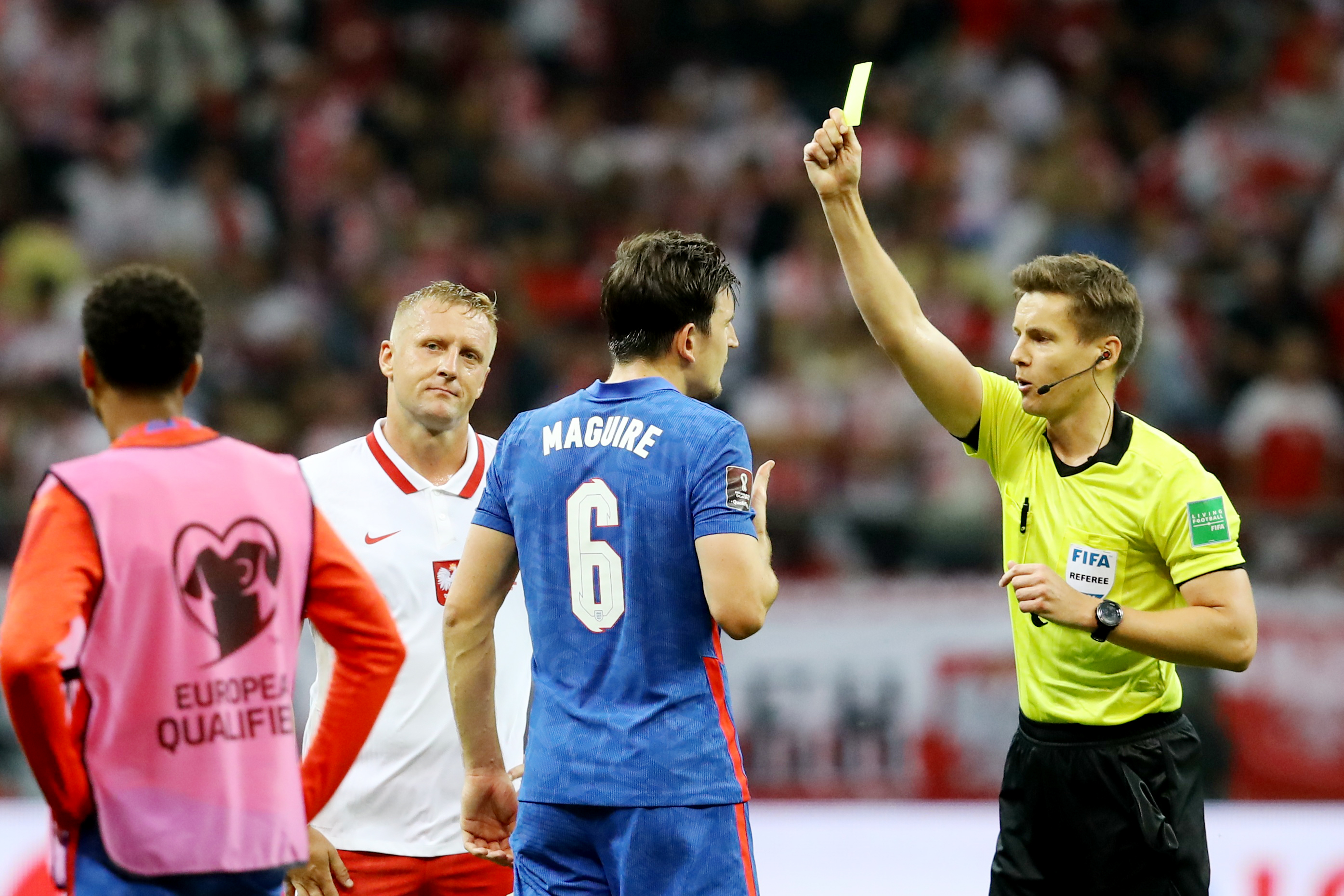 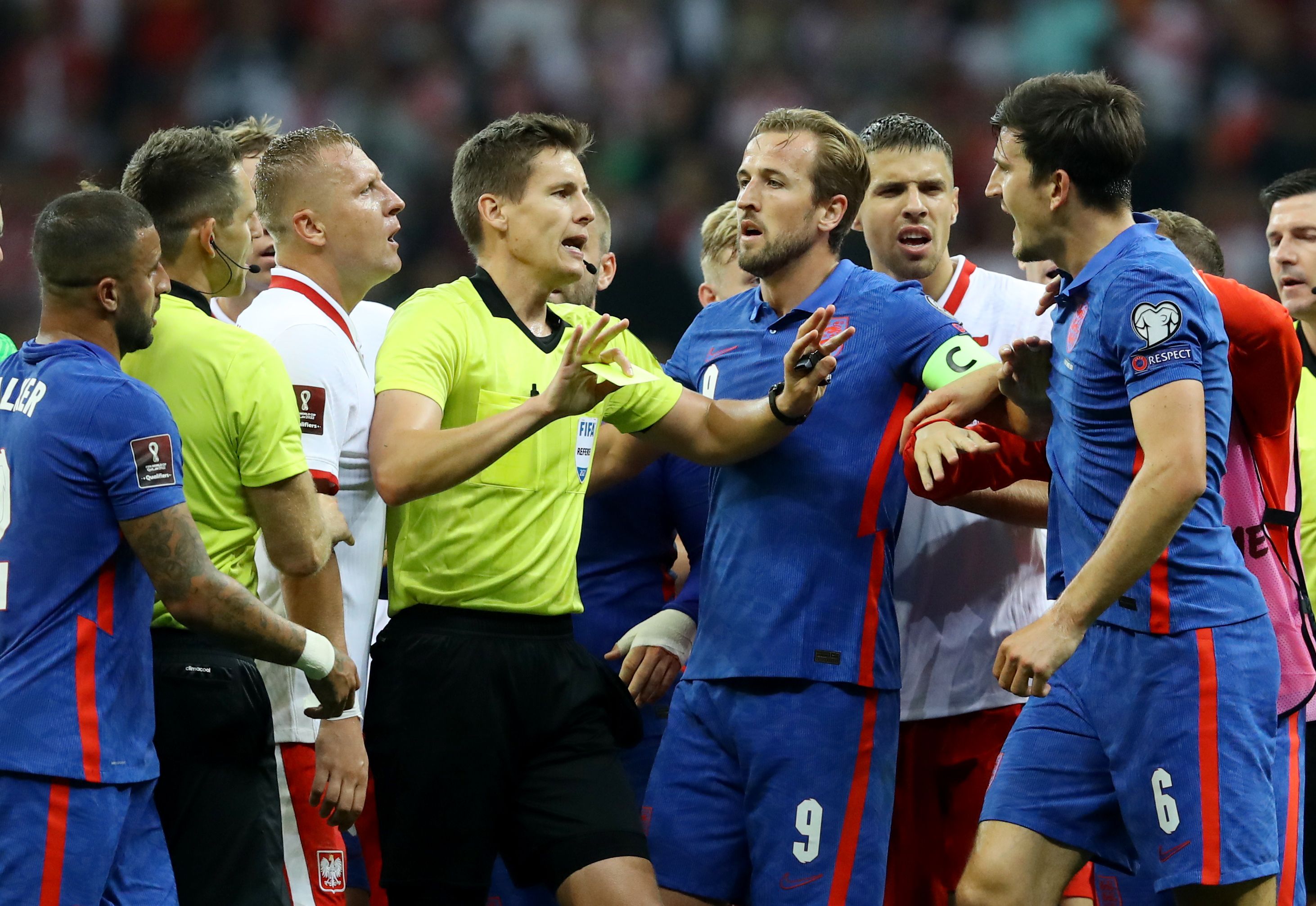 Glik tried to escape down the tunnel but the official called him back to issue him a caution.

Ref Daniel Siebert continued to chat to the Pole as well as England defender Maguire.

He then proceeded to flash the yellow card at the Manchester United ace as well – much to his bemusement.

It came after a tense opening period in which the Three Lions were frustrated by the hosts in their World Cup qualifier.

And after England’s national anthem was applauded by the raucous home crowd, they then proceeded to boo as Gareth Southgate’s men took the knee before kick off.

Former England captain Terry Butcher told BBC Sport at the break, with the scores still goalless: “England have got to keep their heads, Gareth Southgate will be happy to get his players into the dressing room and just calm them down.

“England need to be sensible and just get the job done.

“There's been a frantic pace to the first half, not so much quality, but both sides have been totally committed.