Travis Dean’s ascension to state captaincy came earlier than Victoria were expecting, but the opener has long been viewed as a future leader by the Victorian hierarchy.

Dean, 26, will lead the Vics in their Sheffield Shield match against Western Australia at the MCG, which begins on Friday, replacing Peter Handscomb after the latter’s recall to the Australian Test XI. 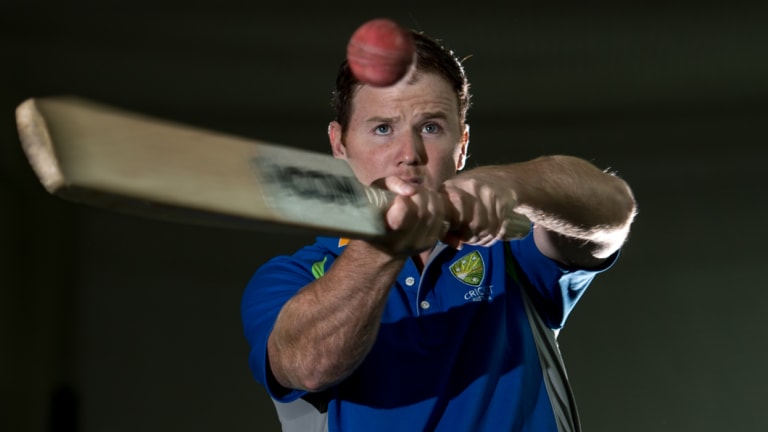 The change in leadership is one of a raft of changes for the table-topping Victorians, forced into a substantial reshuffle because of national call-ups and injury.

With Handscomb, Aaron Finch and Marcus Harris all batting in the top six for Australia, spots have opened up in the Vics’ top order.

Matt Short and Cameron White both return after being overlooked for last week’s match against Queensland at the Gabba, while young gun Will Pucovski is a welcome inclusion after being sidelined for more than a month because of a mental health issue.

Former Test batsman Nic Maddinson, who crossed to Victoria in the winter after losing his NSW contract, is set to play his first shield game for his new state after strong form in the Futures League.

Gloveman Sam Harper has also been named to replace the injured Seb Gotch, who is set to miss between four and six weeks with a finger fracture and associated tendon and ligament damage.

Veteran paceman Andrew Fekete is another inclusion, replacing Peter Siddle, who unlike Chris Tremain has not been released to play in the shield this week despite missing out on Australia’s Test XI.

Fekete is not expected to take on the Warriors however, with the Vics tipped to back frontline bowlers Tremain, Scott Boland, James Pattinson and Jon Holland to get the job done with the ball, with support from all-rounders Short and Glenn Maxwell.

Dean has plenty of captaincy experience at junior and club level and Victoria have long viewed the quiet but highly respected batsman as a potential skipper.

Since Matthew Wade’s departure for Tasmania, the Vics have generally relied on either Handscomb or Finch to lead. Veteran Cameron White, who captained Victoria in a full-time capacity for the best part of a decade and has filled in on occasion in recent seasons was called upon last summer when options were limited, but it was decided at the end of the season that younger options like Dean and Harris should be prioritised.

Victorian coach Andrew McDonald acknowledged that he hadn’t necessarily anticipated Dean would captain the Vics so soon, noting that the situation whereby Harris, Handscomb and Finch were all playing for Australia had only arisen given the exceptional circumstances of the ball-tampering scandal and its fall-out.

But McDonald suggested Dean was ready for the challenge.

“Did we see it happening this week? Probably not,” McDonald said on Thursday.

“But it was always something we were working towards with him.

“[Dean] gets people. He’s ready to go, as well as anyone can be in their first crack at captaincy, so we’re pretty confident he’s the man to lead the group and see how it all unfolds for him.’’

Dean has had a lean start to the Shield season and made a pair in Brisbane last week but McDonald said there was never a consideration to drop the opener, and that his form wasn’t taken into account when making the call to hand him the captaincy.

McDonald also said Maxwell's likely ongoing involvement with Australia’s one-day team contributed to him being overlooked for the role, with the Vics keen to not have a revolving door of captains.