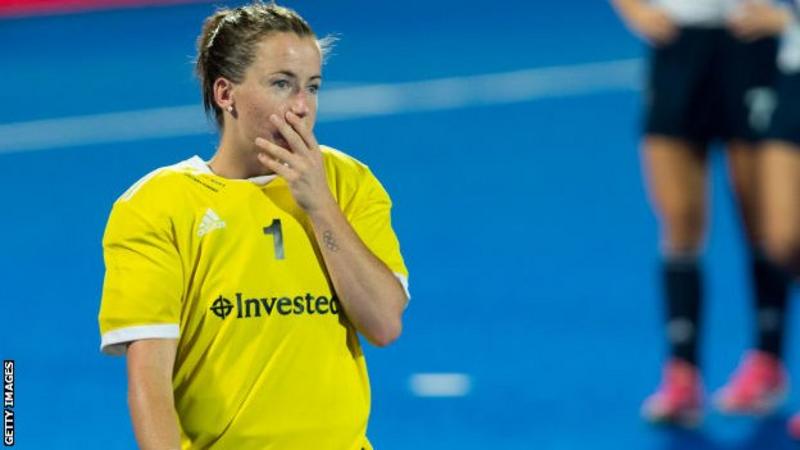 Great Britain goalkeeper Maddie Hinch has branded a rule “ridiculous” and “obscene” after Australia were awarded points for a game that was abandoned, despite the fact Britain were winning.

Britain were beating Australia 1-0 and dominating when the game was cancelled at half-time due to a lightning storm.

But because the Hockeyroos won the first match between the sides on Saturday, they received double points.

“Winning 1-0 at half time only for some obscene T&Cs to determine the outcome and be left with absolutely nothing!!”

Anna Toman had put the reigning Olympic champions ahead from a penalty corner in the 17th minute in the the Hockey Pro League at Sydney Olympic Park, but her side’s push for victory was thwarted by heavy rain and lightning.

International Hockey Federation rules also state the score could not stand because the match had not reached the fourth quarter when it was called off.

Addressing the issue, former GB captain Kate Richardson-Walsh said that although she “doesn’t like” the rule change, it was “agreed by all the Pro League teams unanimously”.

Meanwhile, Great Britain’s men were thrashed 5-1 by Australia in their second game of the Pro League in Sydney.

Australia were 3-1 up by half-time, before Tim Brand and Trent Mitton sealed the victory, with Luke Taylor scoring Britain’s only goal.

Both British sides next face New Zealand in Auckland on 8 and 9 February.

The annual Pro League competition sees the world’s top nine teams compete for the overall title, and takes place between January and June in multiple cities, including London, Auckland and Valencia.