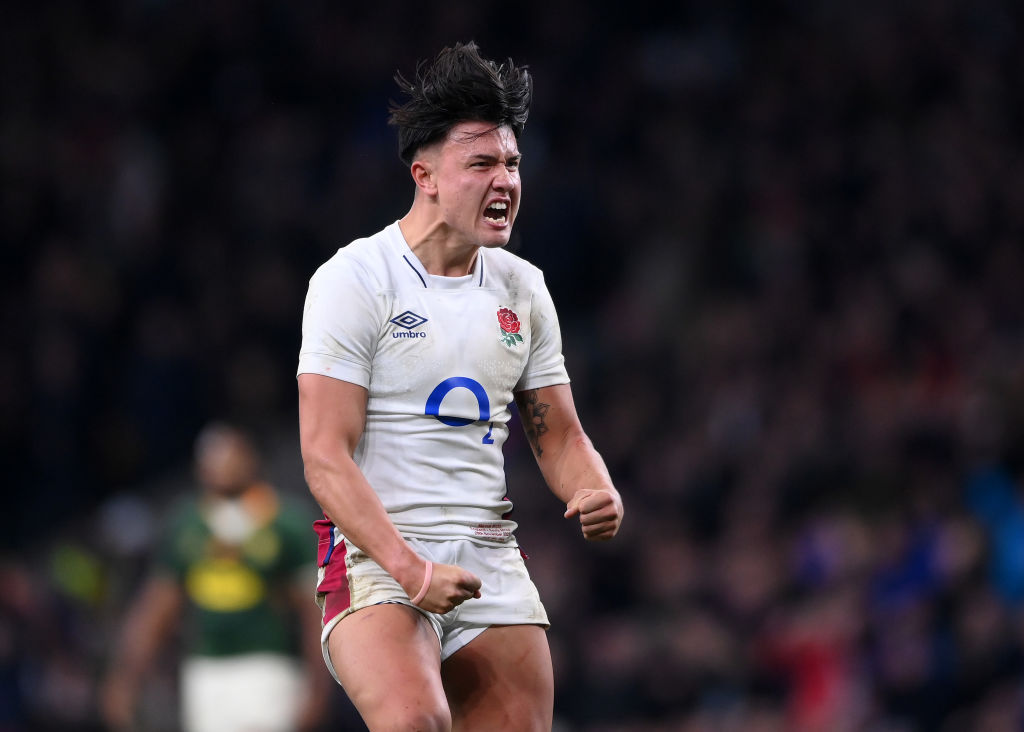 As the new pretender Marcus Smith smashed over the 79th-minute winning penalty in cold-blooded fashion, many thought England may have a new shining light at ten.

Yes, it was the simplest of penalties, one most fly-halves in England would have kicked, but the manner, the expectation and the impact on his confidence may serve the new boy well.

It will not do much to heal the mental the scars of that day but it feels as though this ‘new’ England have started down their own path.

Littered with players with only a handful of caps, England ducked and dived to avoid the brute force of the South Africans early on. The simplicity of a quick set-piece and clever pre-match analysis unravelled the aggressive Springboks defence.

Take Freddie Steward’s try. England loaded four backs in a familiar pattern, suggesting the play would be nine to 12, 13 short off 12, with ten and a winger looping around the back to collect the pass from 12 behind 13’s back.

Having seen this, the South Africa’s 13 raced forward to jump out of the line and hit Smith behind the gain-line. England’s pre-match analysis worked a treat, Henry Slade ripping a 25metre pass across the front of everybody into the hands of Steward who released Max Malins on the edge. Four South African defenders beaten with one pass.

It set the tone of a team wishing not to confront brute force head on, but one wanting to out-think and out-smart their muscular opposition.

This use of brain over brawn allowed England to race out to a 14-3 lead, and in doing so show some real glimpses of class.

The problem was they were playing a team that has over the last 18 months found a way to win tight games. That inner belief shared by the men in green meant after all England’s sparkle and class, they only got into the sheds at half-time five points up. Pre-match, England would have taken it but after the first 20 minutes it felt a score short.

As the second half started the visitors turned the screw, the weight of their pack starting to crush the English, the penalty count beginning to grow.

As England closed in on their final penalty count of 18, South Africa took the lead in a fashion to which we have become accustomed. They were finding a way to win, and there were less than ten minutes to go.

But then somehow, from somewhere, England found something. Punch drunk and unsteady on their feet like a boxer running on fumes in the final round, they struck a blow. A yellow card to Springboks captain Siya Kolisi let England suck up the pounding and seemed to lift their spirits.

It was now the hosts who seemed like a team who knew how to win. Young men with a few stalwarts surrounding them had the smarts, as they had shown earlier, to win the game.

Up stepped Smith, with the clock racing towards the red, to kick the penalty that confirmed what we had been watching.

Young, inexperienced men, but who were full of belief and not held back by the recent history of this contest. They had not experienced the heartbreak of 2019. They were just kids creating new memories and filling us all with hope of what is to come next.

■ Feel Good Grapes is a sustainable wine company, which plants a tree for every bottle that is bought — feelgoodgrapes.com

A French basketball team had everyone test positive for COVID-19