CRISTIANO RONALDO is in line for an emotional second Manchester United debut against Newcastle.

Old Trafford boss Ole Gunnar Solskjaer, who won the Premier League with Ronaldo, confirmed the forward is in contention to play. 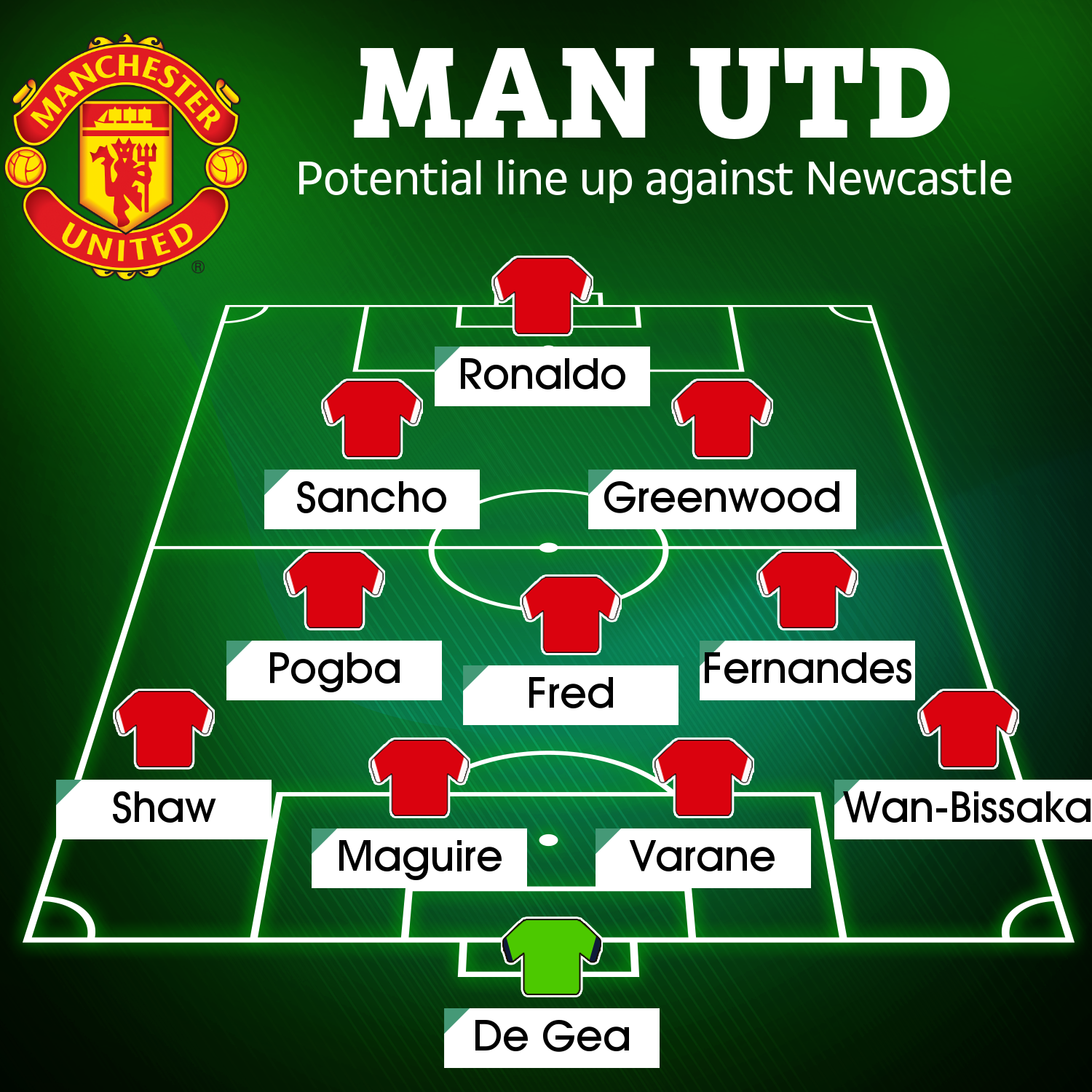 Solskjaer said: "He’s been having a good pre-season with Juventus.

"He’s played for the national team, he’s had a good week with us here. He’ll definitely be on the pitch at some point, that’s for sure."

Ronaldo, 36, is not a guaranteed starter, but Solskjaer has previously revealed he wants to Portugal captain to play down the middle opposed to out wide.

It could see him line up as a striker back at the Theatre of Dreams ahead of Edison Cavani or Anthony Martial.

Jadon Sancho started in United's last game, a 1-0 away win at Wolves, but missed England's three World Cup qualifiers with a knock.

But Solskjaer confirmed the £73million summer signing from Borussia Dortmund is available again.

He said: “Jadon has come back in and trained the last couple of days.

"He's disappointed he couldn't play for England but determined to be fit and he's available. That's a positive.”

It will likely see Sancho, 21, keep his place on the left with Mason Greenwood, 19, on the right.

Martial, 25, and Cavani, 34, both came on against Wolves, meaning they are alternative options, with Ronaldo also capable of playing on the wing if needed.

In midfield, United are with Bruno Fernandes, 27, and Paul Pogba, 28, and now look to also have Brazil's Fred, 28.

That is despite fears he would be ruled out after South American players were banned by Fifa for playing due to breaching Covid rules by not quarantining for 14 days after leaving the UK.

But Premier League clubs have agreed to DEFY Fifa and play their ‘banned’ South and Central American stars this weekend.

It could see Fred anchor United's midfield ahead of Nemanja Matic, 33, and Scott McTominay, 24, who has returned to training.

Solskjaer said: "Scott has recovered very quickly from the operation so, if he's going to play or not, I'm not sure probably not, depending on who we've got available."

American trapped in Wuhan: Despite coronavirus, I won’t evacuate without my wife and son