SPRINTERS are allowed ZERO false starts at the Tokyo 2020 Olympics, and if found guilty will be instantly disqualified – if they starter decides they've violated it.

From January 2010 onward, the official track and field false start regulation indicated that any athlete starting within 100 milliseconds of the gun being fired would be disqualified from the race. 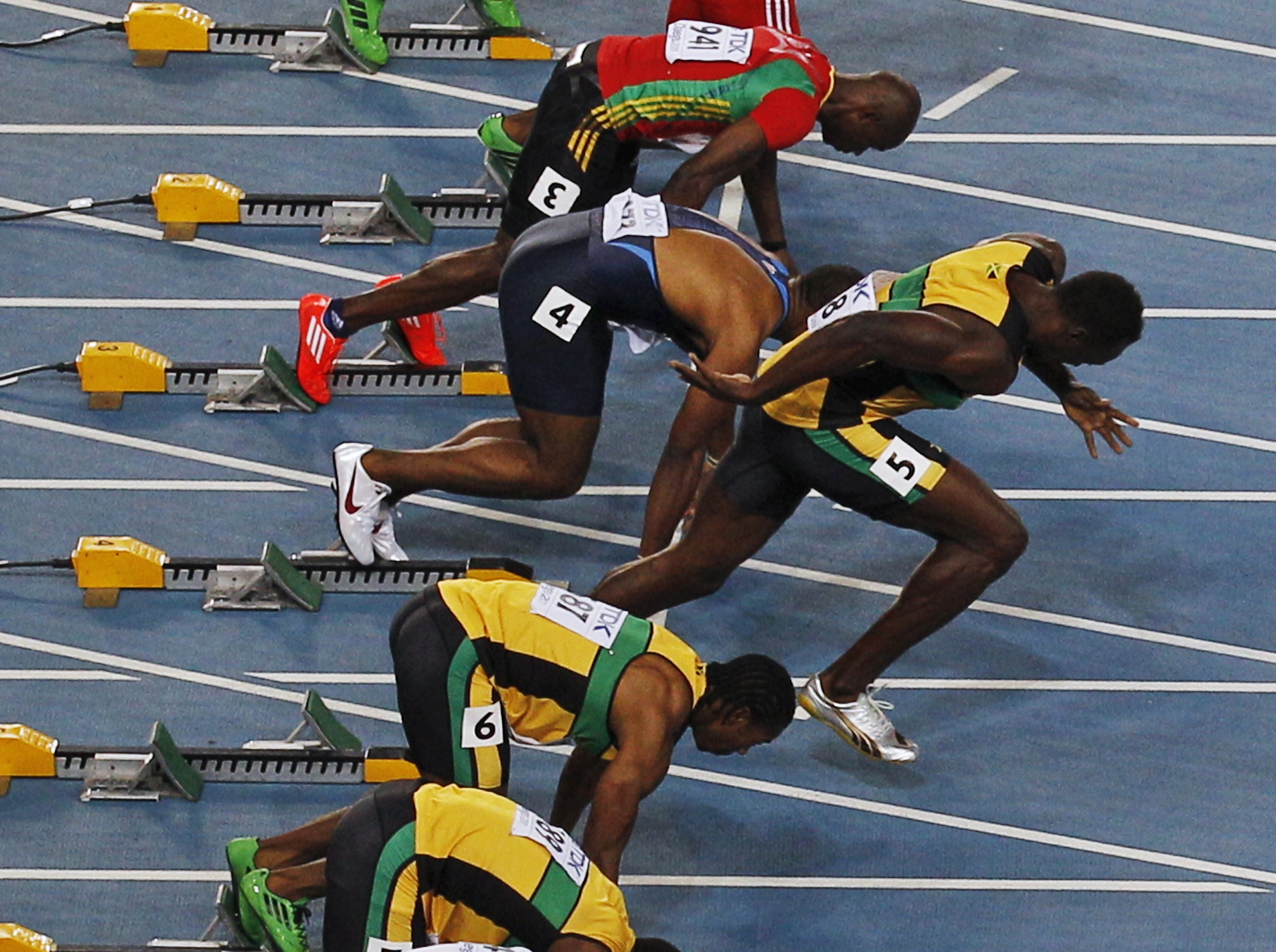 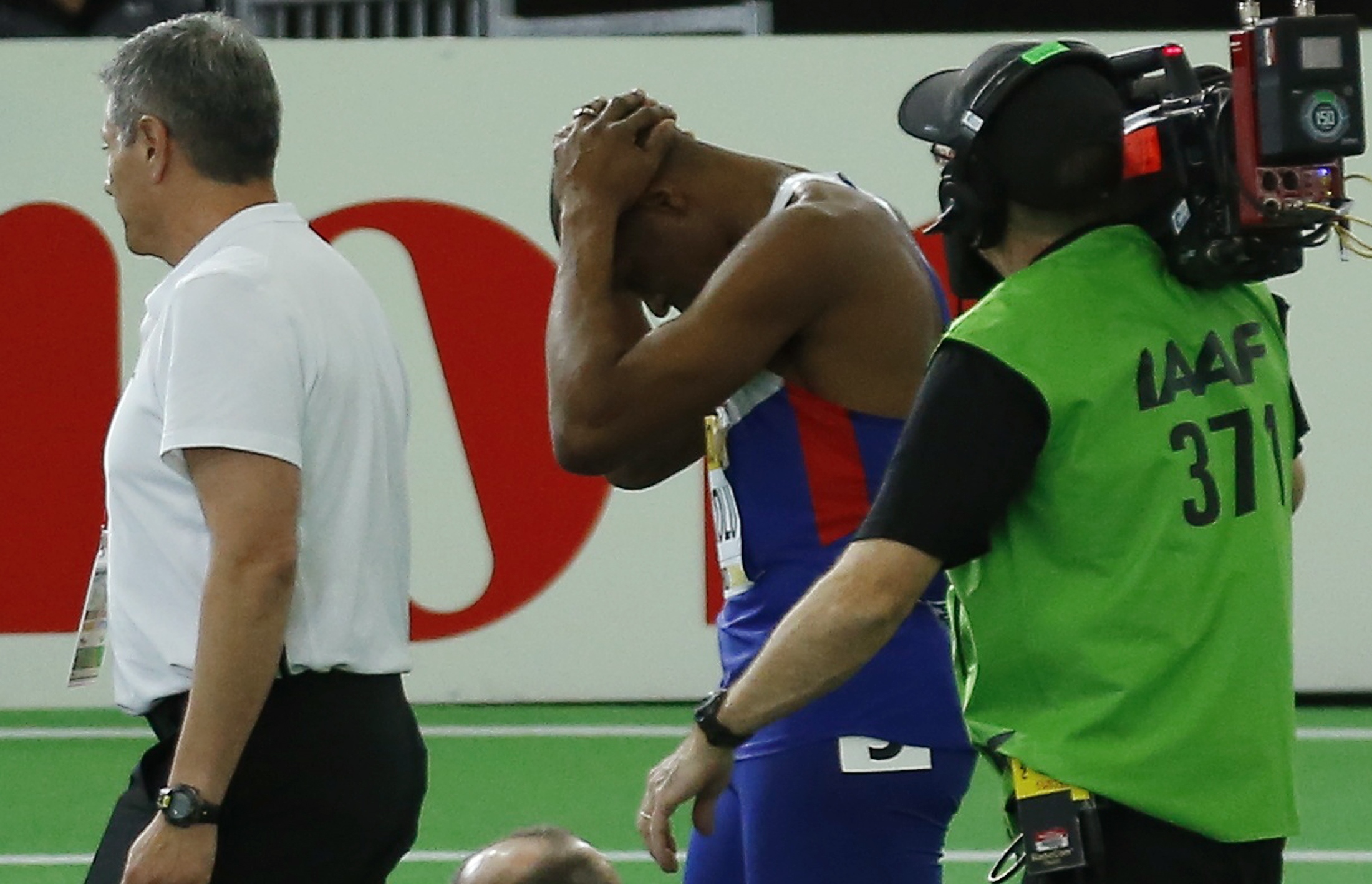 Research has found that a reaction time faster than one-tenth of a second is impossible for a human, and the runner is therefore deemed to have anticipated the gun.

On the 'Track & Field 101: Rules' on the Olympics website, it states: "If a sprinter commences his or her starting motion from the set position before the Starter's gun is fired, it is deemed a false start. The first false start of a race results in an automatic disqualification to the offending runner."

How can they detect a false start?

These systems determine athletes reaction time using encased accelerometers or force sensors fixed to the rear of the starting block rail to detect changes in force or acceleration exerted on the blocks through the feet.

RT's can now be instantly calculated accurately to 0.001 of a second, but for results, are recorded to the nearest 0.01 second.

This means the athlete making the second false start of a race, breaking the accepted reaction time of 0.10 seconds, will be disqualified regardless of whether he or she was responsible for the first one.

However, sprinters would often take advantage of the previous false start rules, purposely jumping the gun either to play mind games with their competition and set them on edge before the race or use the extra leniency to predict the gun and gain bonus milliseconds from their efforts.

So, World Athletics just decided to just ban any false starts – it's one and YOU'RE OUT.

At the 2011 IAAF World Championships in Athletics in Daegu, South Korea, Usain Bolt, 100-meter world record holder, jumped the gun in the 100-meter final over a year after the new regulations had been put into place.

Bolt walked off the track, head in hands, only to watch his Jamaican teammate Yohan Blake take the gold. 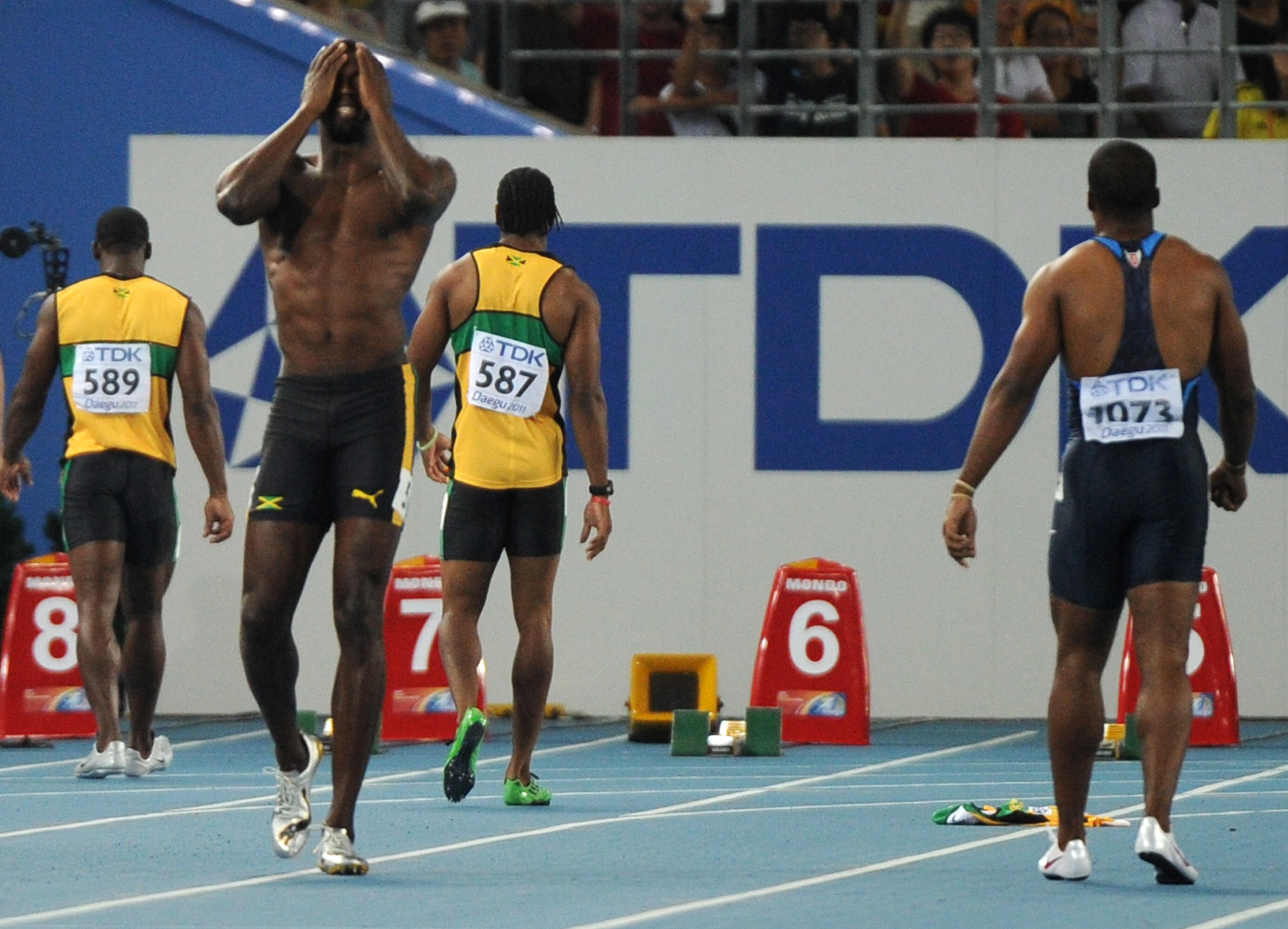 Drummond's infamous "I did not move!" plea after his disqualification at the 2003 World Athletics Championships in Paris.

Drummond protested his disqualification by storming into the infield, repeatedly yelling in front of officials and laying on the track.

His tantrum delayed the 100-meter final by ONE HOUR. 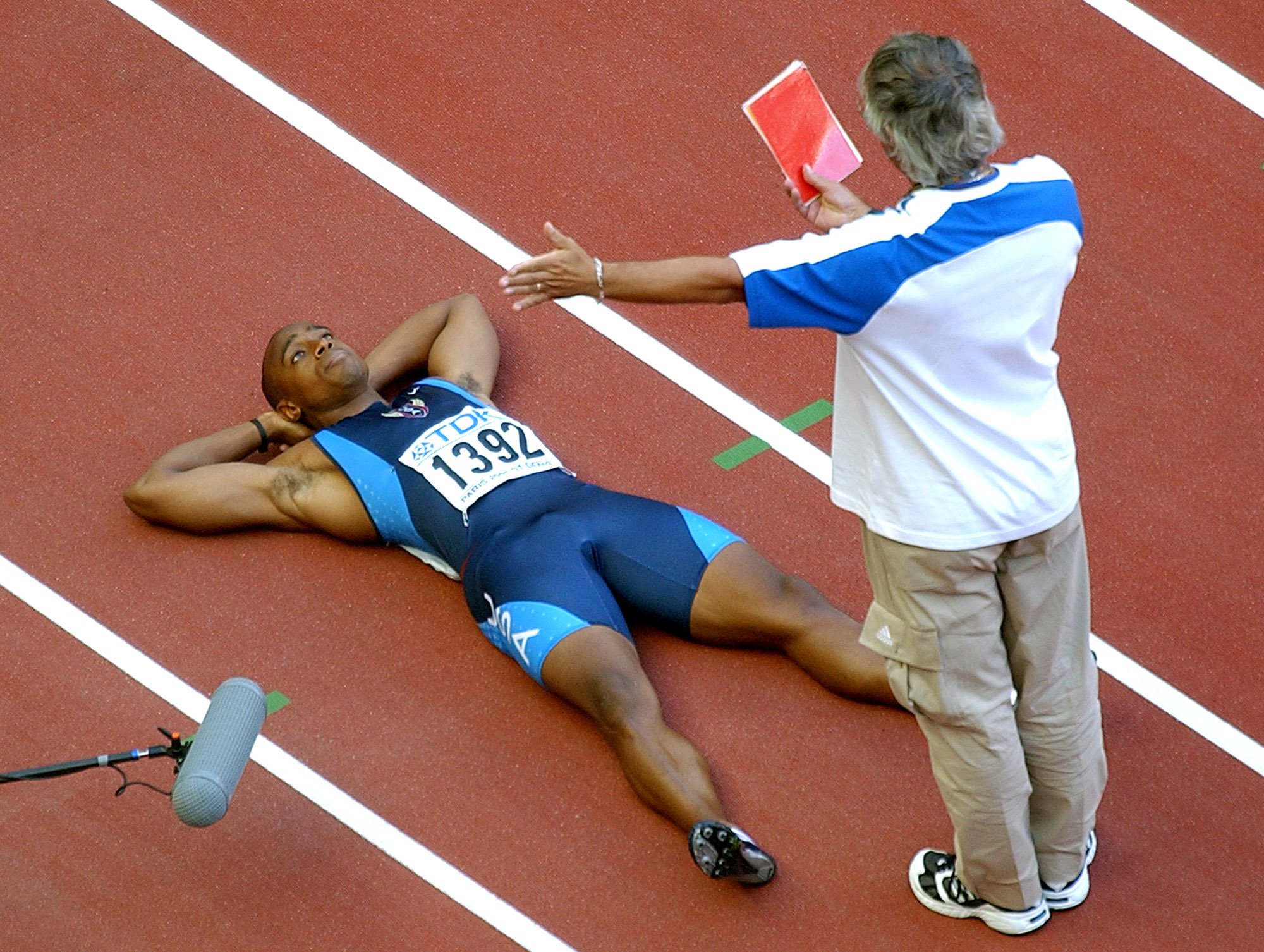 The 1992 Olympic 100-meter champion was disqualified under an even older false-start rule.

Before 2003, any sprinter could false start once and get away with just a warning however Christie reacted early twice, delayed the competition and refused to leave the track.

This was the first time a previous champion was unable to defend his title live on TV. 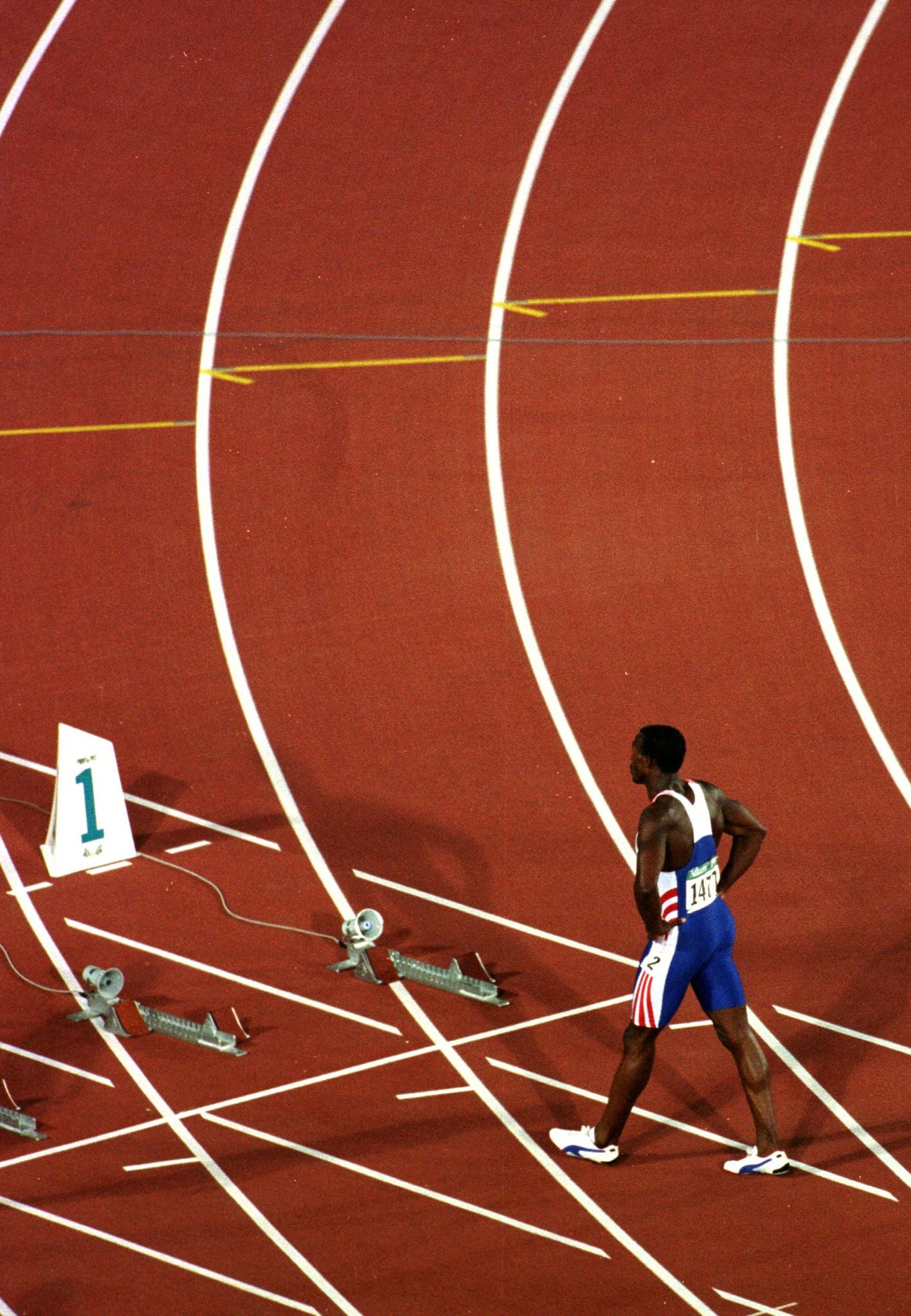 ‘I have no words’: Halep craves more after stunning Wimbledon triumph