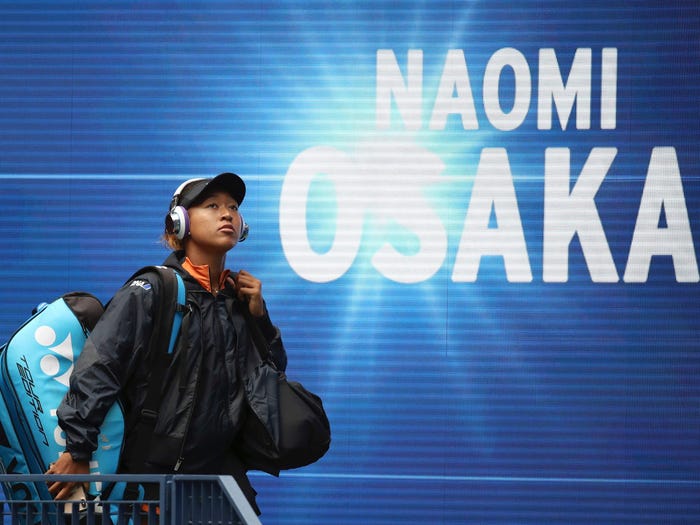 Naomi Osaka is one of the world's most talented tennis players. 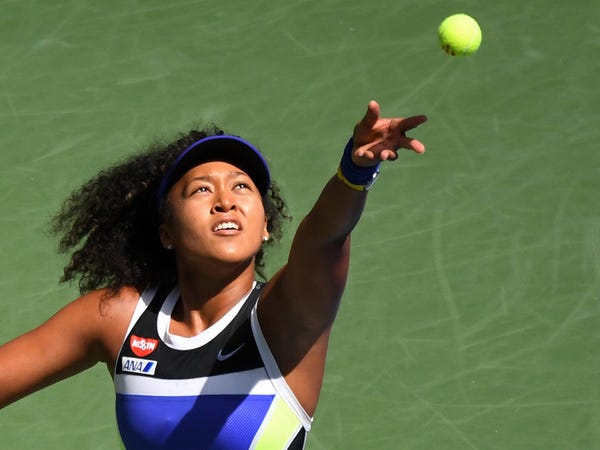 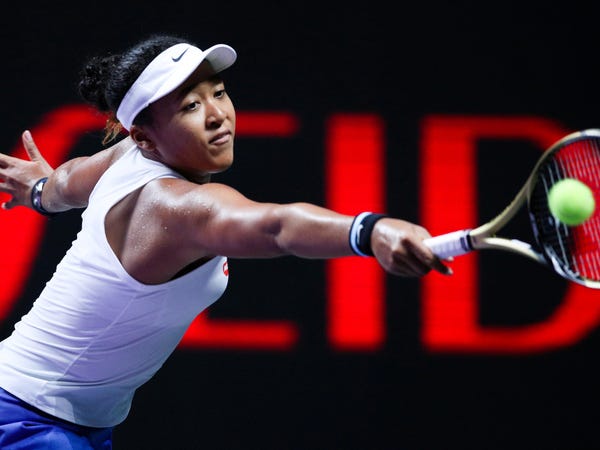 Before she became a bona fide superstar, Osaka was just a kid learning to play tennis down in Florida. 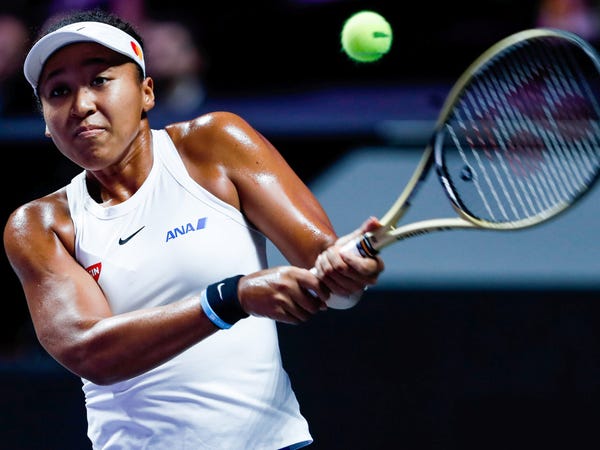 Osaka was just 15 years old when she first turned pro in 2013, but she really began to break through in a big way three years later. 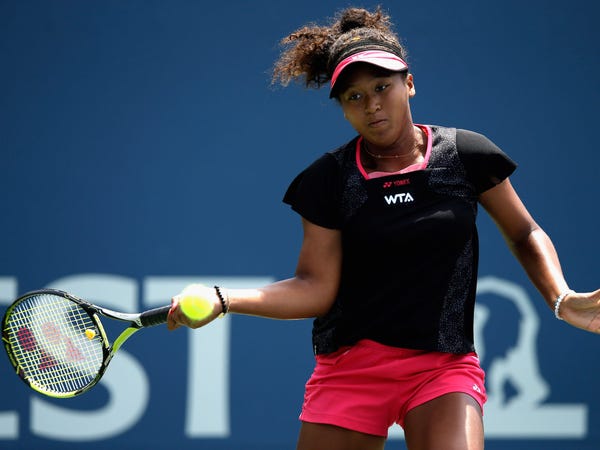 She started off 2016 by qualifying for the Australian Open, earning her first main draw at a Grand Slam in the process. 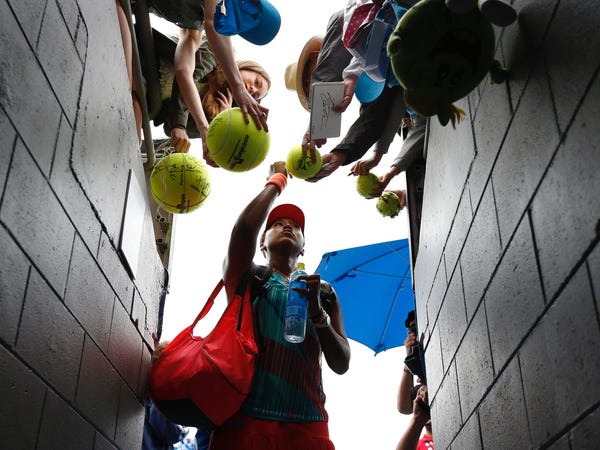 The then-18-year-old Osaka made it to the third round of that year's tournament, upsetting No. 21 Elina Svitolina in straight sets in the process. 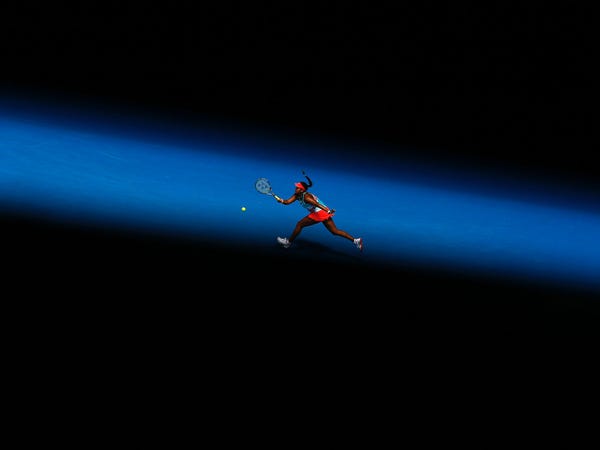 Later in the year — after making her debut at Roland Garros — Osaka found success at the Pan Pacific Open, where she made her first WTA finals appearance at just 18 years old. 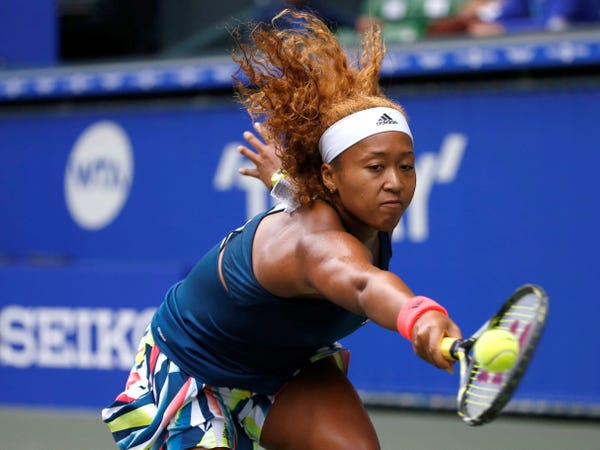 She hired Sascha Bajin as her coach after the 2017 season and began to see significant strides the following year. 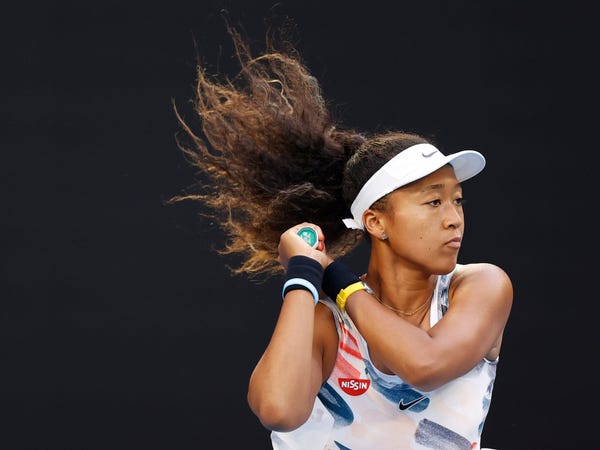 Osaka burst back into the WTA top-50 after working her way to the Australian Open quarterfinals early in 2018. 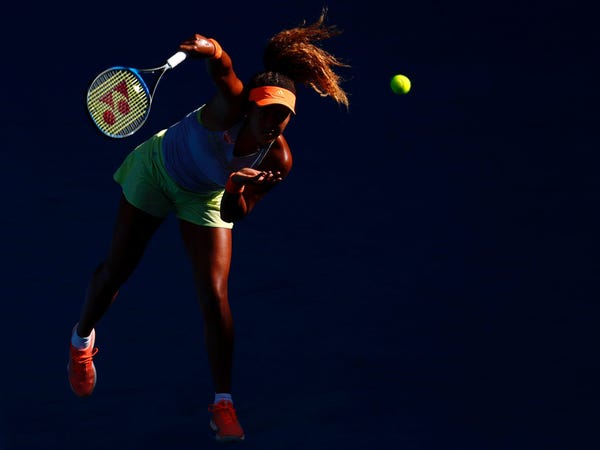 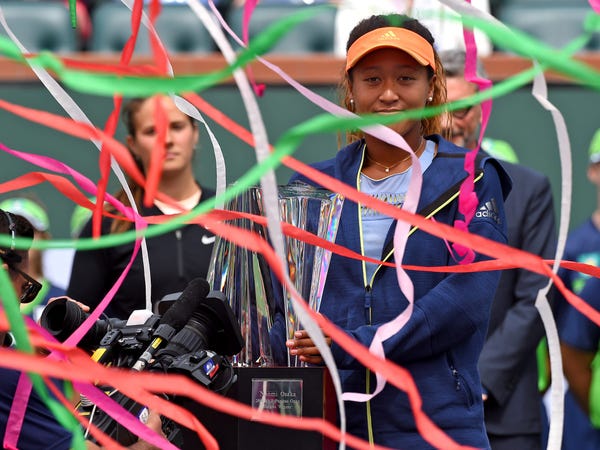 After reaching the third round at Wimbledon and the French Open, she took down No. 26 Aryna Sabalenka and No. 14 Madison Keys at the US Open. She then faced off against her childhood idol — Serena Williams — in the final, beating her in straight sets for the title. 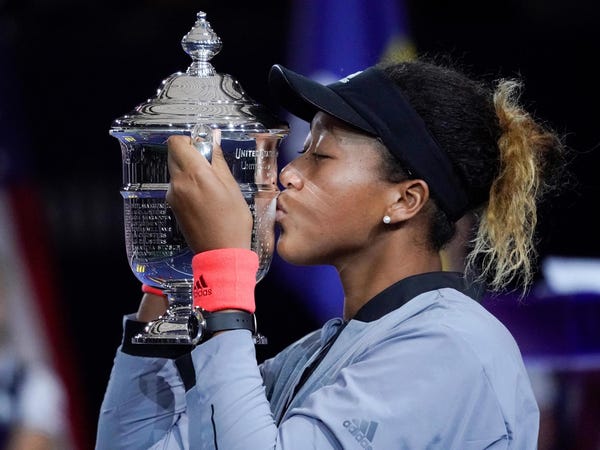 But controversy ensued when Williams — the crowd favorite — was issued a penalty and fought with the line judge during the second set. 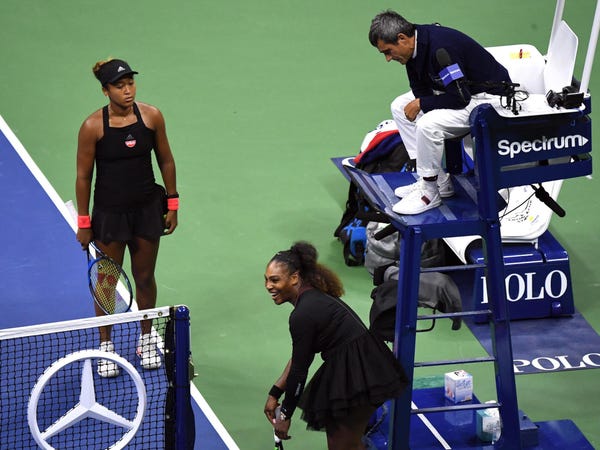 Still, she was supportive of Osaka, who later described her first Grand Slam win as "a little bit bittersweet" after receiving boos from the crowd. 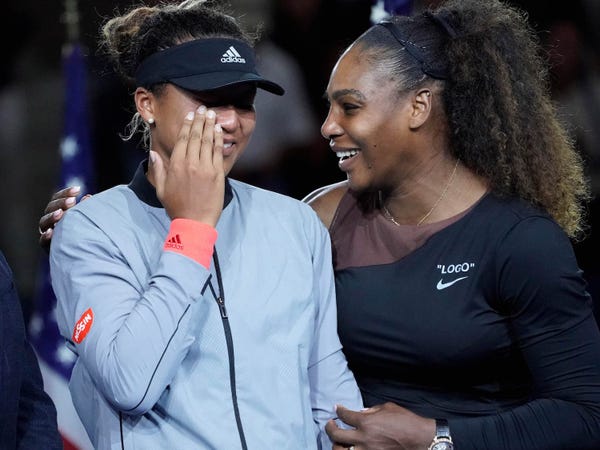 She finished the year with deep runs in a handful of additional WTA tournaments, a top-10 ranking, more earnings than any other player on the circuit, and newfound superstardom. 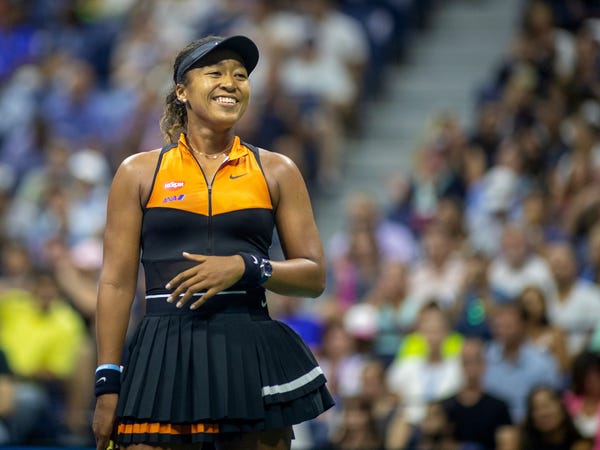 2019 started out with a bang for Osaka, who took down No. 28 Hsieh Su-wei, No. 13 Anastasija Sevastova, No. 6 Elina Svitolina, and No. 7 Karolína Plíšková before besting then-No. 8 Petra Kvitová for her first win at the Australian Open. 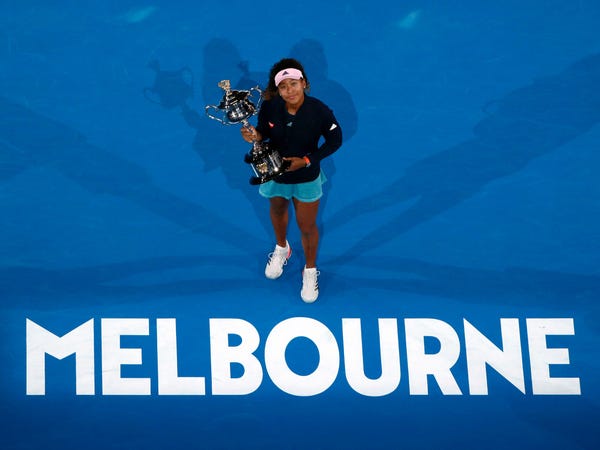 And shortly thereafter, she made a stunning — and lucrative — switch from Adidas to Nike as her apparel sponsor. The move was worth $10 million in 2019 and helped make her the highest-paid female athlete of the year. 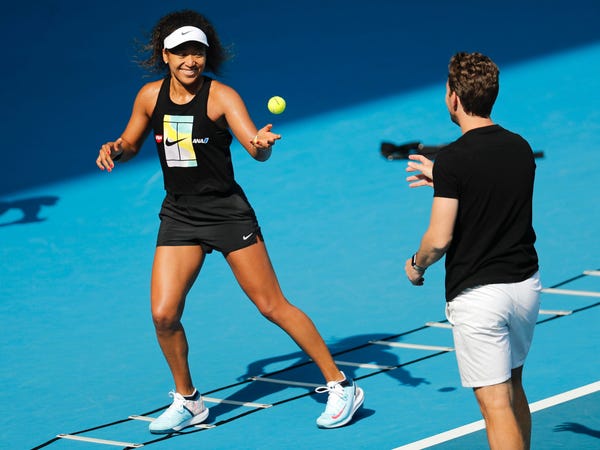 But Osaka's early-2019 hot streak came to a lull in the middle of the year as she grappled with injuries and a disappointing first-round exit at Wimbledon. 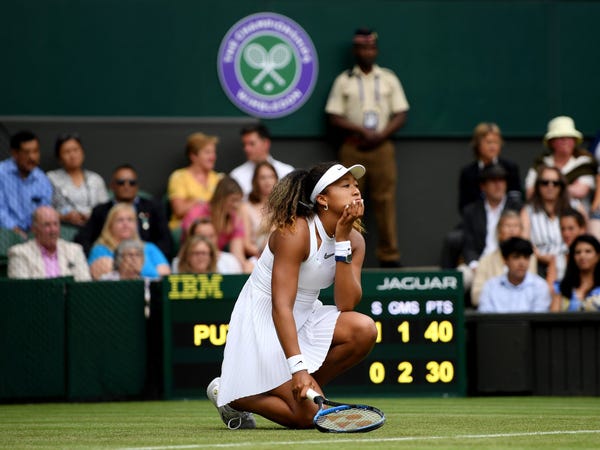 Though she rose back up in the rankings in advance of the US Open, she wasn't able to defend her title after losing to Belinda Bencic in the fourth round. 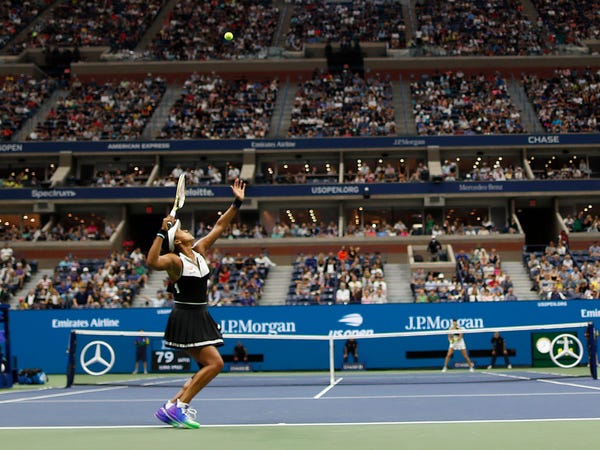 But her tournament was marked by a brilliant display of sportsmanship after she took down young upstart Coco Gauff in the third round. Osaka encouraged the 15-year-old to join her for the post-match on-court interview, which is typically reserved for the winner. 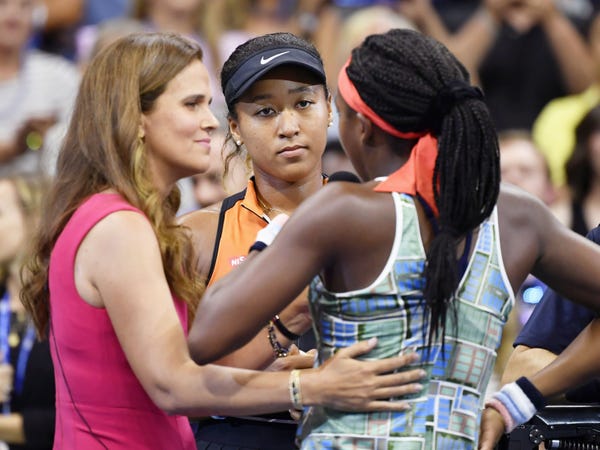 "I remember I used to see you guys training in the same place as us, and, for me, the fact that both of us made it, and we're both still working as hard as we can, it's incredible," Osaka said when it was her turn to speak. "I think you guys are amazing, and Coco, I think you're amazing." 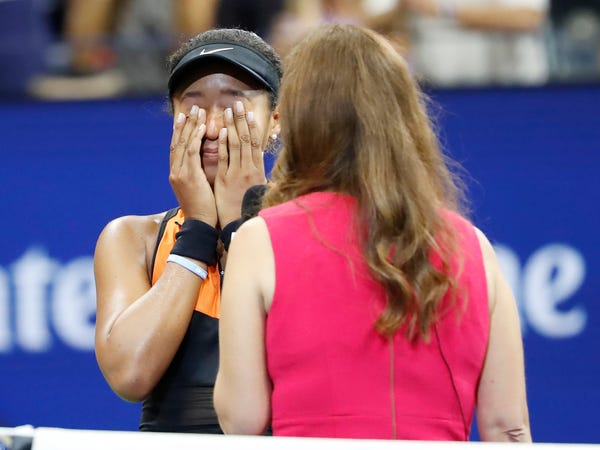 Amid her slump, Osaka parted ways with Bajin and reestablished her father, Leonard Francois, as her coach. She regained her stride from there and finished the year with wins at the Pan Pacific Open and China Open. 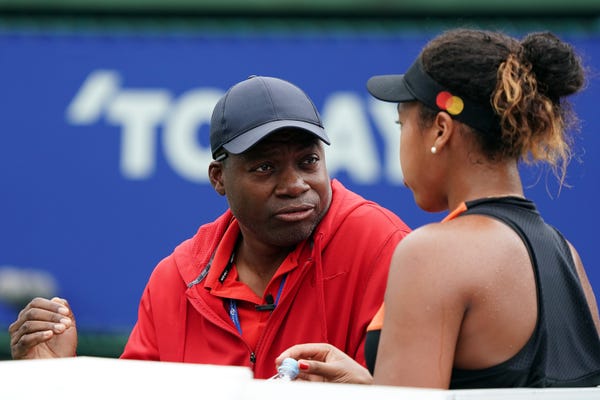 2020 started off strong for Osaka, too, until the COVID-19 pandemic put the entire sports world on hold. But once tennis started back up, she wasted little time getting back to the top of her game. 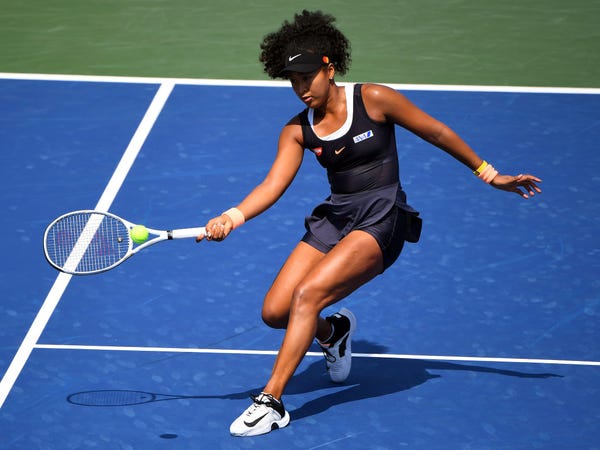 At the Cincinnati Open, she reached the finals before withdrawing with a hamstring injury. Before the injury, she made waves by withdrawing — and later re-entering — the tournament in protest of police brutality and racial inequities. 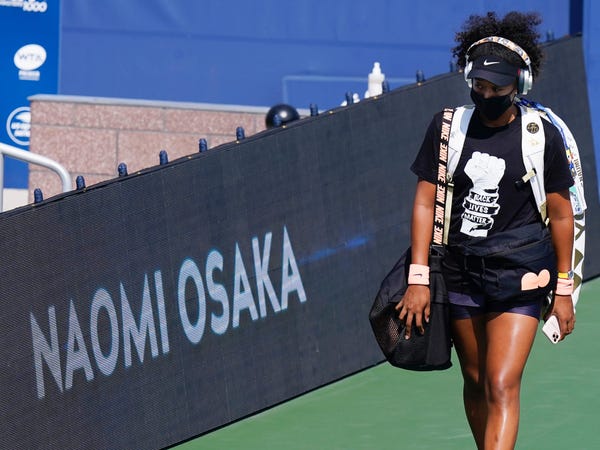 As the daughter of a Haitian father and a Japanese mother, Osaka began speaking publicly about her own brushes with racism and further used her platform to raise awareness of such issues. 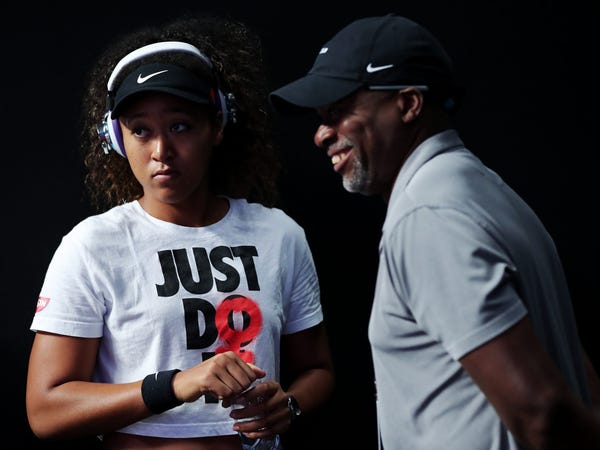 And at the 2020 US Open, she made headlines for wearing seven different face masks honoring various victims of police brutality in high-profile cases. 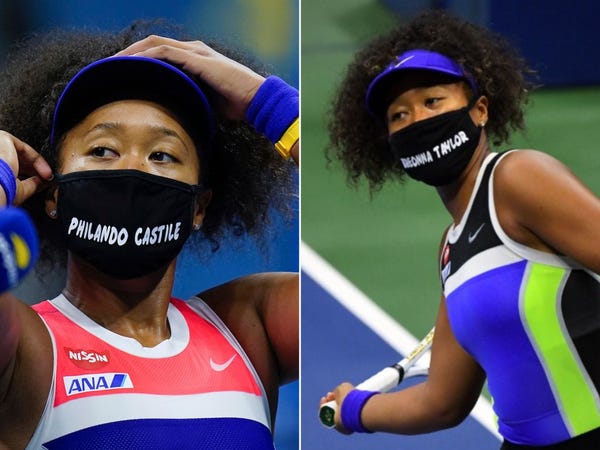 She went on to win it all, bouncing back brilliantly after losing the first set of the final to Victoria Azarenka. 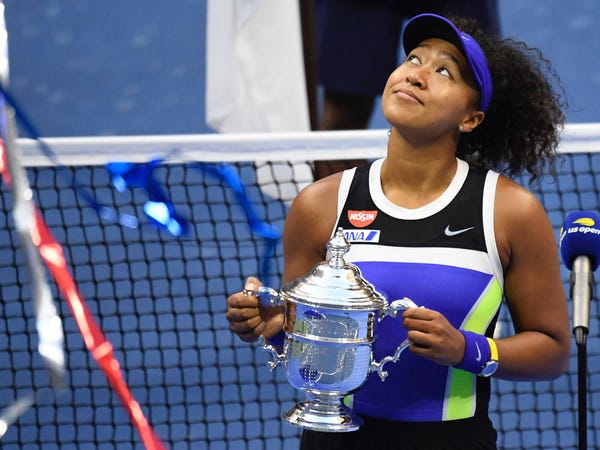 Though she skipped out on the French Open to rest a lingering injury in her leg, Osaka rose in the WTA rankings after her US Open win. Considering she's still only 22, Osaka is primed for many more years of dominance on the sport's biggest stages. 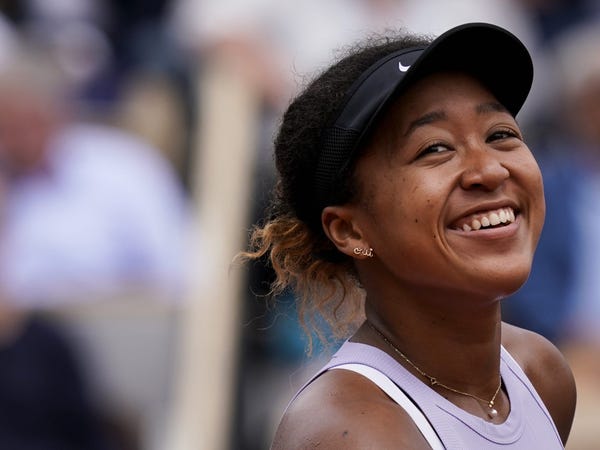 Now check out how much Osaka made this past year compared to her male counterparts: 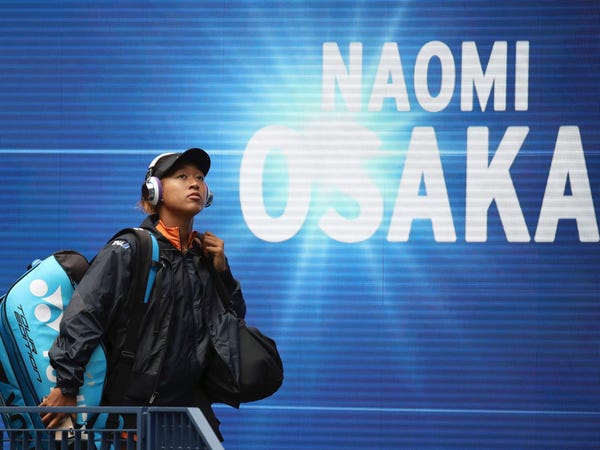 An Army veteran broke ranks with his Pittsburgh Steelers teammates by putting the name of a fallen soldier on his helmet instead of a police brutality victim, and it caught some of them off-guard