IT isn’t easy being the child of a famous parent – just ask Charlie Chaplin Jr, Liza Minnelli or Kelly Osbourne.

So spare a thought for a young George Lineker, son of England legend Gary, as he lumbered around the pitch with “Lineker, 10” on the back of his shirt. 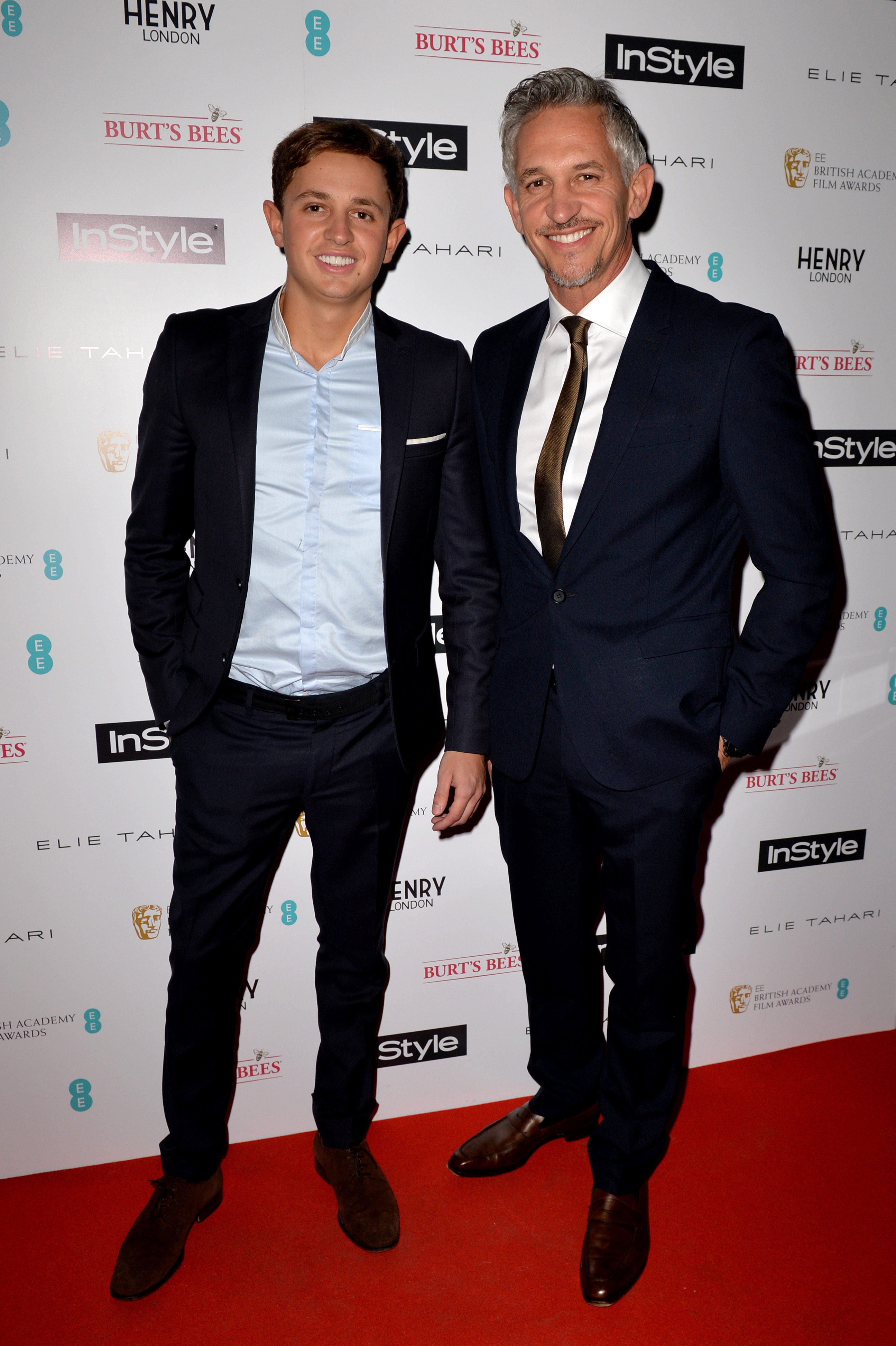 Which, as a modest — and now grown-up — George admits, are where the pair’s similarities ended.

Speaking on the eve of Father’s Day, George says: “I am so proud of him.

“It’s unbelievable to have achieved what he has but I suppose there was a little bit of pressure on me in terms of football, especially as I was so useless. Actually, I was sh*t, can I say sh*t? (Yes, George).

“I was a striker, which meant there was even more pressure. So when opponents clocked who I was, they expected me to be good.

“I’d beg everyone not to call me ‘Lineker’. I hated when they saw that name on the back of my shirt, it was just so embarrassing, especially when you’re at secondary school, and you’re in a sh*t team and they’d shout ‘Lineker!’. I just wanted to run and hide.

“Even if I had been any good, it was very unlikely I’d ever live up to expectations.”

Such expectations, of course, result from the former Spurs and Everton star’s 80 England caps — scoring 48 goals in the process — a successful stint playing for Barcelona (during which time he became fluent in Spanish), a whiter than white disciplinary record of no yellow cards as a player, an OBE and then a seamless, award-winning transition into TV. 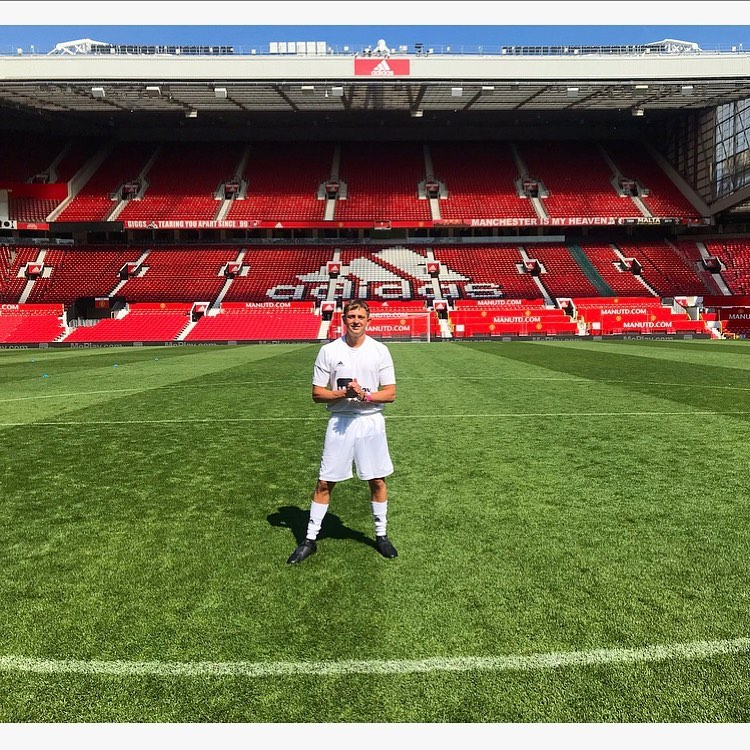 DETERMINED TO STRIKE OUT

For the past 22 years Gary has hosted Match Of The Day, becoming one of the BBC’s most coveted, successful — and highly paid — broadcasters of all time.

He’s also been paid a lot to eat many crisps over the years.

In addition, the proud family man recently announced he was quitting BT Sport in order to spend more time with his sons, watching his beloved Leicester City in Europe next season.

As the eldest of four boys, the others being Harry, 27, Tobias, 25, and Angus, 23, from Gary’s marriage to first wife Michelle Cockayne, usually the clan would congregate for a roast lunch on Father’s Day.

Tomorrow, though, Gary is in Manchester covering the Euros meaning the clan will make do with a phone call.

Now 29, George remains incredibly close to his dad — but is determined to strike out on his own. (Just not as a striker).

He adds: “It’s so annoying, whatever my dad does, he does brilliantly. He won’t do it unless he knows he’ll be the best. It’s probably a sportsman thing. So he’s amazing at cooking, for instance. It’s like living with a personal chef. I live ten minutes away so will drive round and he’ll cook me dinner.

“So with the cooking, he kept practising and became obsessive and obviously got really, really good. 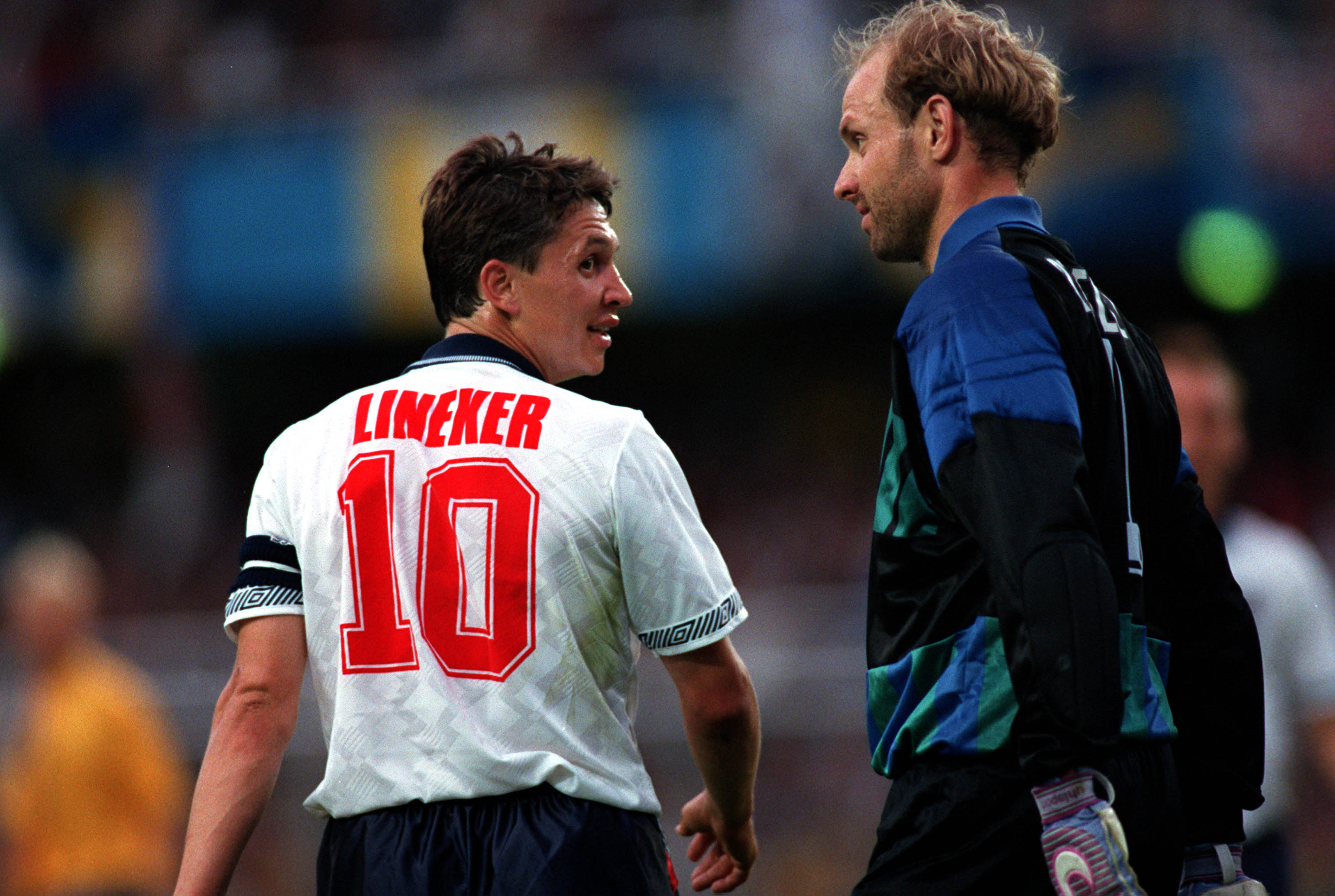 “My favourite dish of his is probably his Spanish style seabass with crispy potatoes and tomatoes.

“He’s really good at cricket, and golf, and snooker, and obviously football, and is now one of the very best broadcasters in the game.

“Everything he does, he does well. I’m the opposite. I’m sh*t at everything. Except cricket, maybe – I’m average at that.”

George says he never got to see his dad, a massive fan of his first club Leicester City, play a game and has still, to this day, not watched a replay of him play a full 90 minutes. I’ve seen maybe a few old YouTube clips,” he says with a grin. “And I support Man United, which he absolutely hates!

“My friend at school told me to support them and I went home that night and told him I support Utd, and he said: ‘No, you don’t.’

“The more p***ed off he got, the more I supported them because I wanted to be so contrary back then. I’m the only one in the family not to support Leicester.

“But I remember one morning my mum coming upstairs, telling me I needed to go into the kitchen.

“I went, and Peter Schmeichel was sitting having breakfast with Alan Hansen. That was quite cool. I have a signed, framed shirt of his that he once gave me after a game. I’m a big fan.” 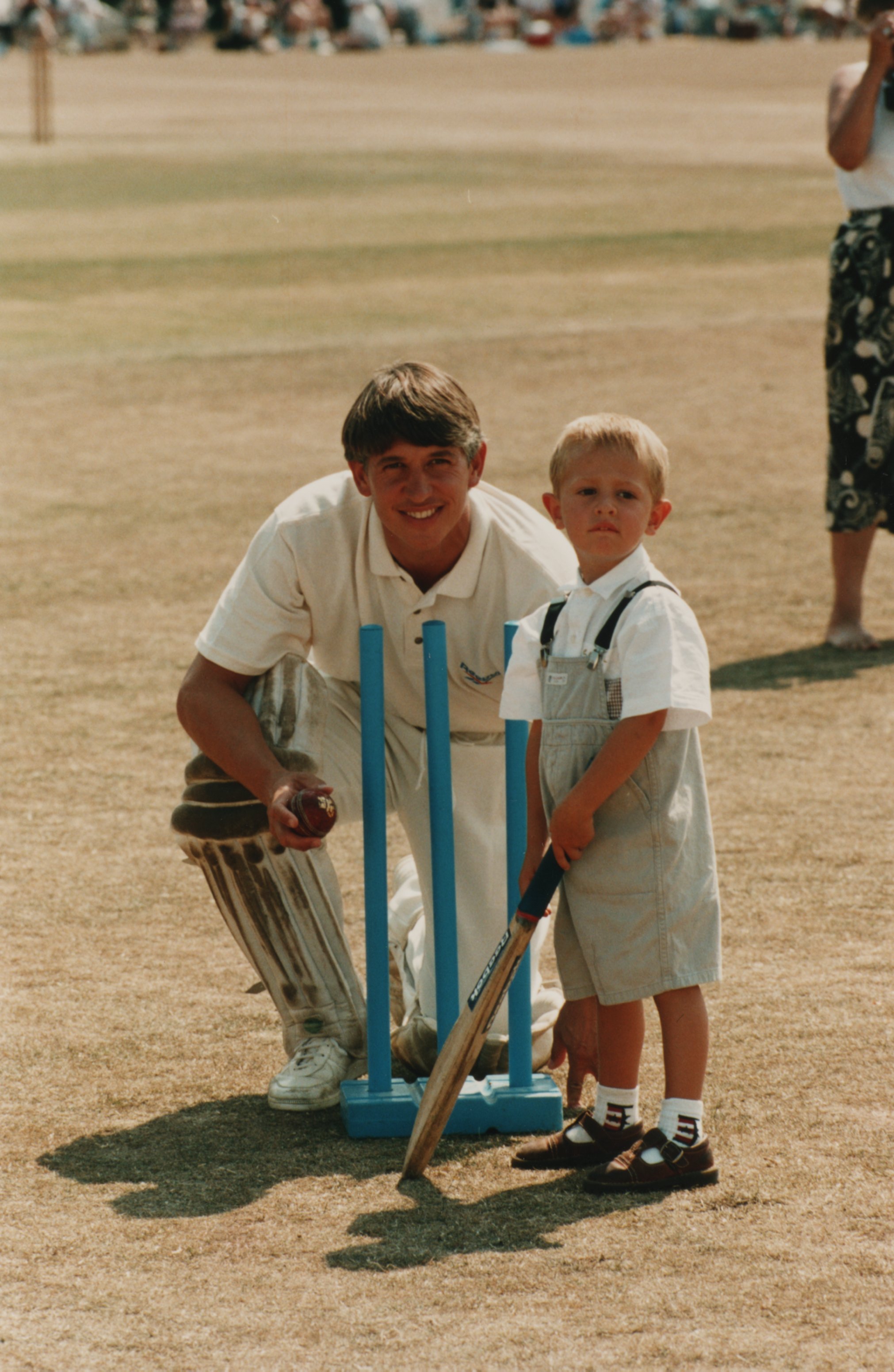 George, pals with Spencer Morgan — the son of another famous man, Piers, with whom he went to school, is playing down his talents.

Extremely likeable, he carries none of the sense of entitlement of many a privileged kid.

He’s launched a new tech app, YourBusinessNumber, which allows users to set up a second mobile phone number without the hassle of getting another phone.

Alongside business partner, entrepreneur Sebastian Lewis, 35, the pair have politely declined any funding from Gary, determined to forge their own path. The app is being targeted at the self-employed, and those working from home post-pandemic. And if all goes to plan they will turnover £1million a year within their first 18 months of trading.

Speaking over a pint in London bar 180 The Strand, George adds: “We need financial help but I don’t want to just go running to my dad.

“I want people to invest in me because they believe in the product – not because of who my dad is.”

Going back to his dad though, how does he feel about him being an unlikely sex symbol, aged 60.

Or, even worse for a twenty-something lad, how did he feel reading a magazine interview two years ago in which Gary said he wasn’t “massively into sex”?

“And he said ‘It’s out of context!’ I don’t really want to think about him having sex but he didn’t seem too bothered. I didn’t read it.

“It’s weird that people think of him as a heart-throb. Sometimes my female mates tell me he’s fit and ask me to set them up, and I tell them absolutely not, it’s not happening!” 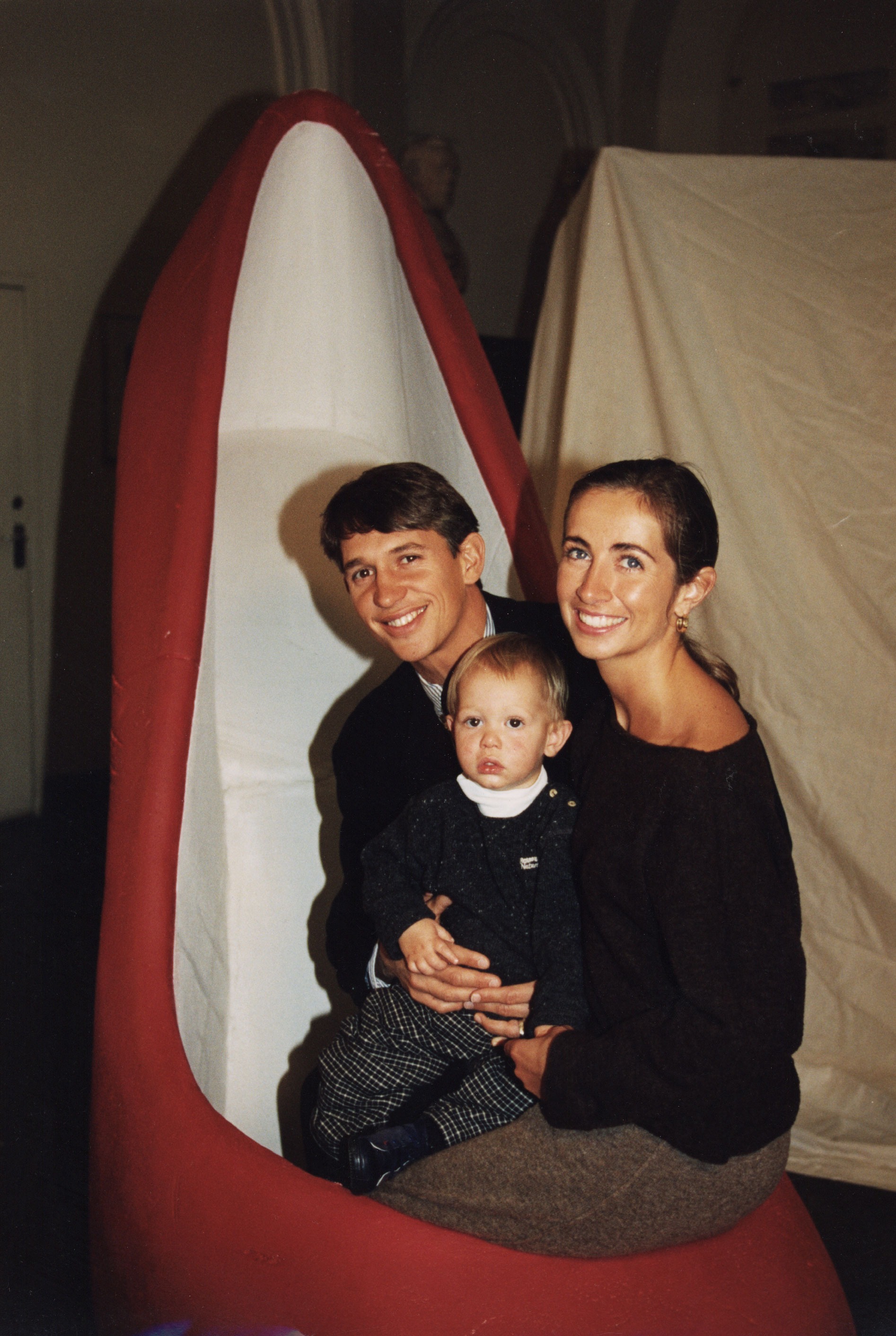 Unsurprisingly he’s been asked to go on “almost every reality show out there” — including Love Island. “That was something I was tempted by,” he adds.

“But then I have to look at it and think I’m only getting asked because of my dad. And if he’s not keen on it, then I wouldn’t do it. The thought of him seeing me snog someone on telly is a bit sketchy too. You’ve got to be a big personality, and be in silly shape — and I’m neither of those things. I’m quite chilled and laid back.”

George is also a big charity campaigner. It is something close to his heart after he battled acute myeloid leukaemia as a baby.

Gary has previously said he was plagued by nightmares that his son would die from the rare blood cancer, suffering recurring dreams that he was left clutching a “small, white coffin”.

Three years ago the pair filmed a moving four-minute clip for Channel 4’s Stand Up To Cancer documenting George’s “devastating” fight for life.

They were widely praised by viewers, with many saying Gary’s tribute left them in floods of tears.

“I was given a ten to 20 per cent chance of survival about four times,” George explains. “But it was a lot worse for my parents as I was six months old and obviously don’t remember any of that time, but I know it was traumatic for them. 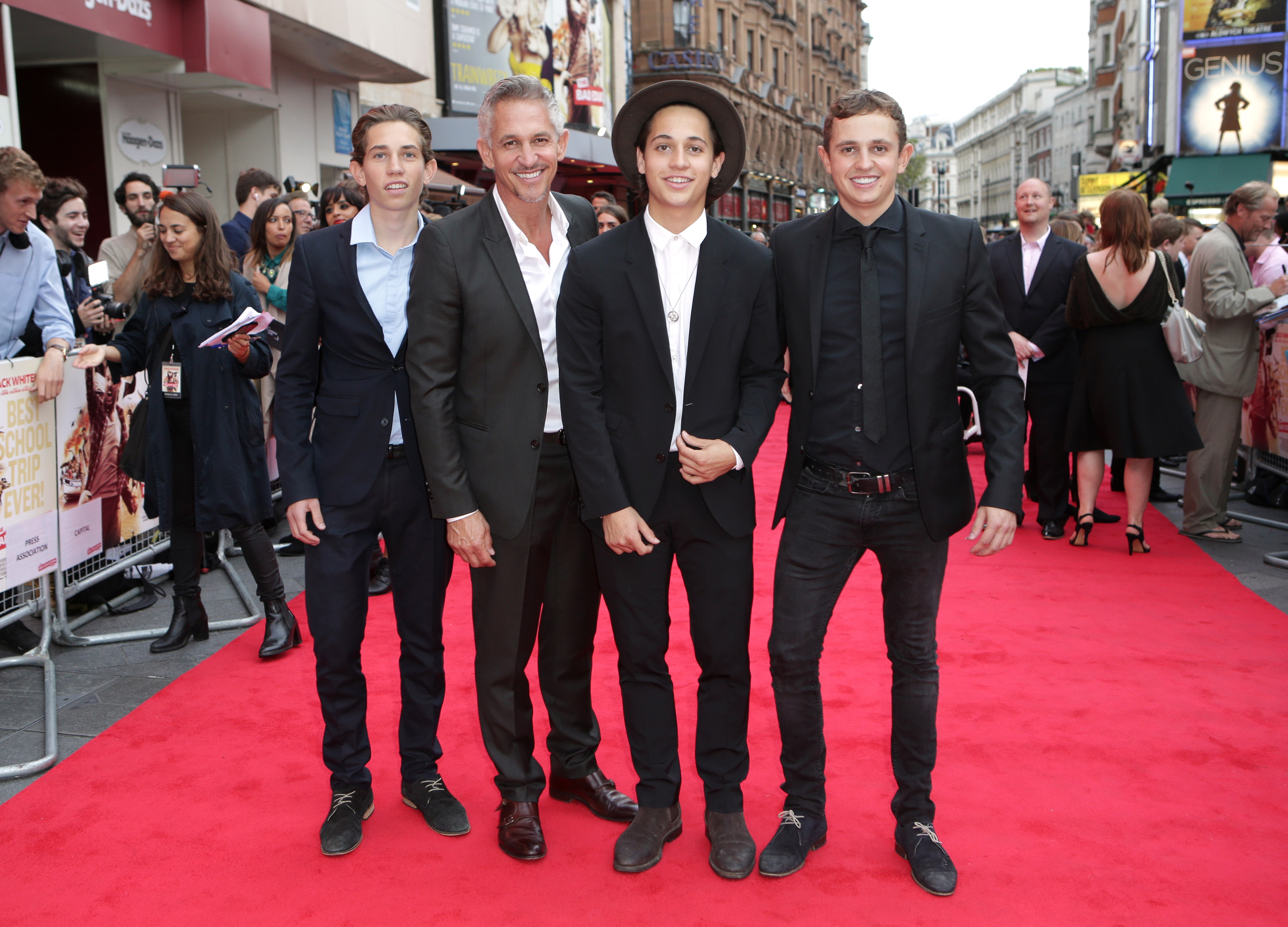 “They had to wear gloves to touch me because the levels of radiation that I was undergoing were so intense.

“I had to go for tests every year until I was 18 just to make sure everything was all right, and I go back every now for blood tests etc, to then to help with research.

“But I survived, so I just feel pretty lucky really.”