India's injured opening batsman Prithvi Shaw is stepping up his unlikely bid to return to action in the second Test against Australia.

Shaw, who suffered an ankle injury while fielding in India's tour game on November 29, resumed running on Monday. 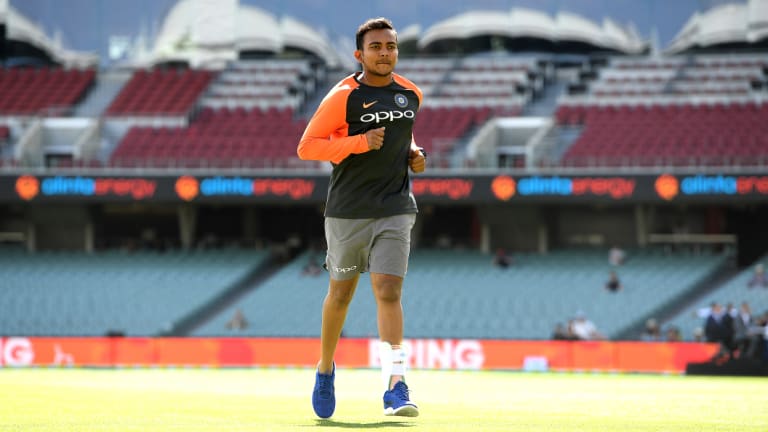 Shaw is considered one of India's most exciting batting prospects and has already been dubbed the "next Sachin Tendulkar".

Shaw, who turned 19 on November 8, made his Test debut in the two-game series against West Indies last October.

He won the man-of-the-series award, making 134 – becoming the youngest Indian to score a century on Test debut – followed by 70 and 33.