ARSENAL hero Pierre-Emerick Aubameyang was branded the GOAT by his team-mates as the players celebrated their FA Cupsuccess.

Bukayo Saka posted a hilarious photo on Instagram of the Gabon striker holding a tablet with a photo of an actual goat on it. 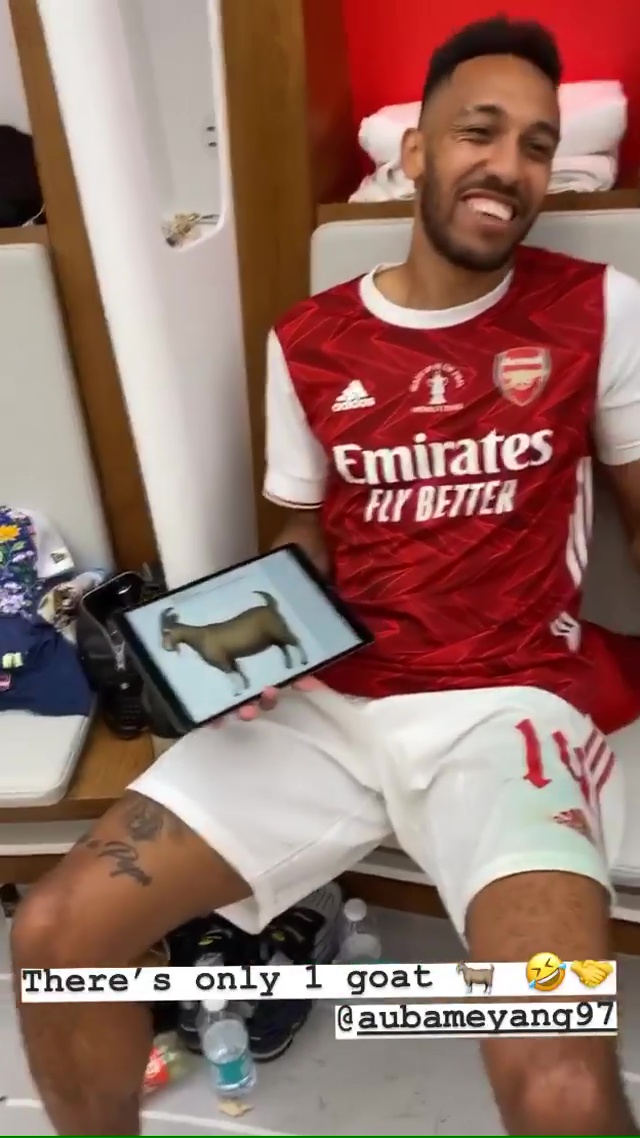 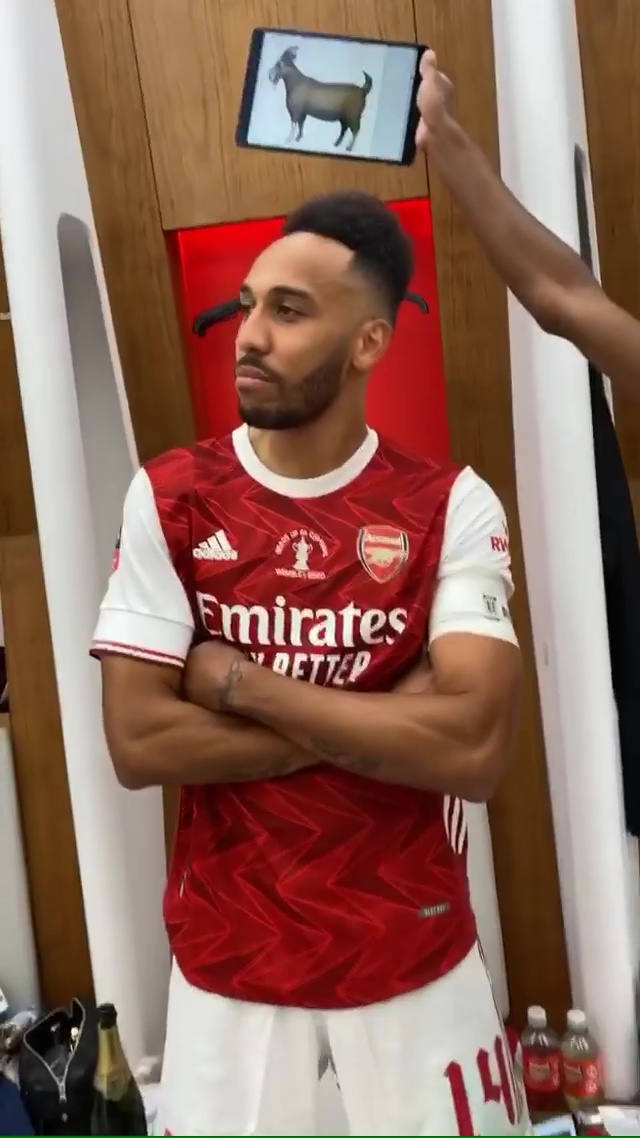 It was captioned: "There's only one goat", which left the man himself in stitches.

Elsewhere £72million-man Nicolas Pepe shunned the champagne for Fanta to ensure he will have a clearer head than many of the fans will the morning after.

Boss Mikel Arteta was sprayed with champers as the squad wildly celebrated their FA Cup win in the dressing room.

The Gunners boss danced with the trophy after his side's incredible 2-1 win over Frank Lampard's Chelsea side. 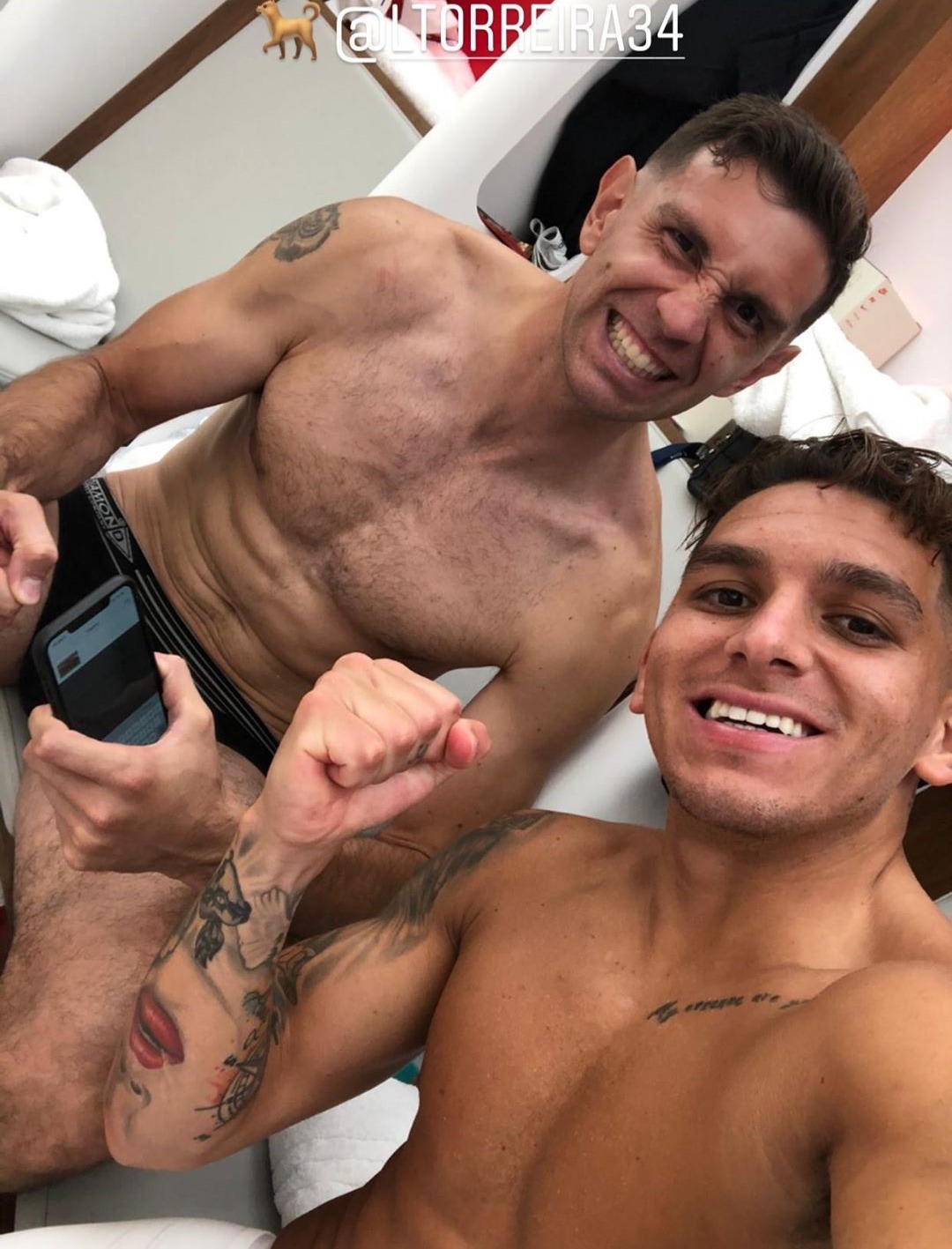 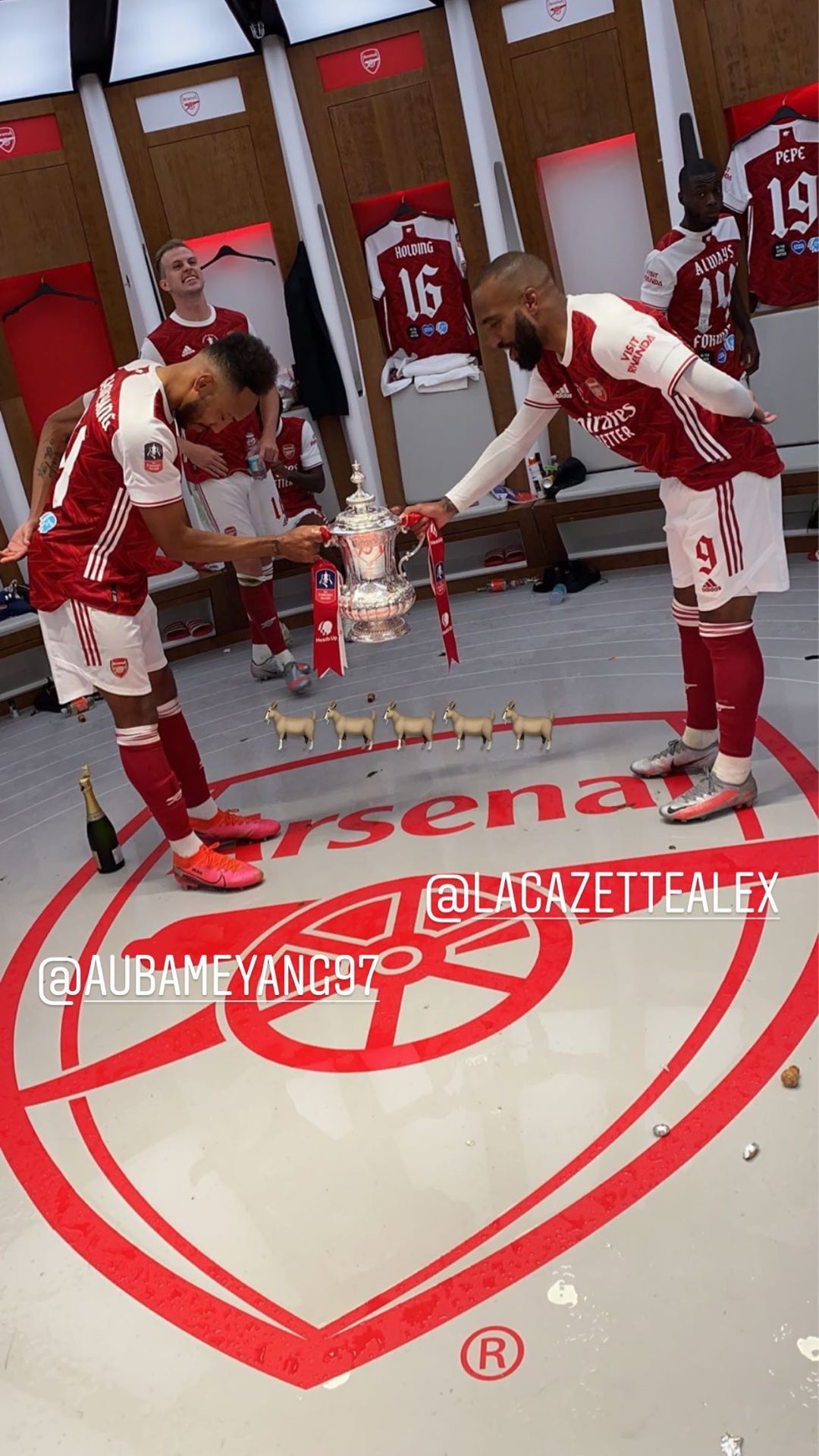 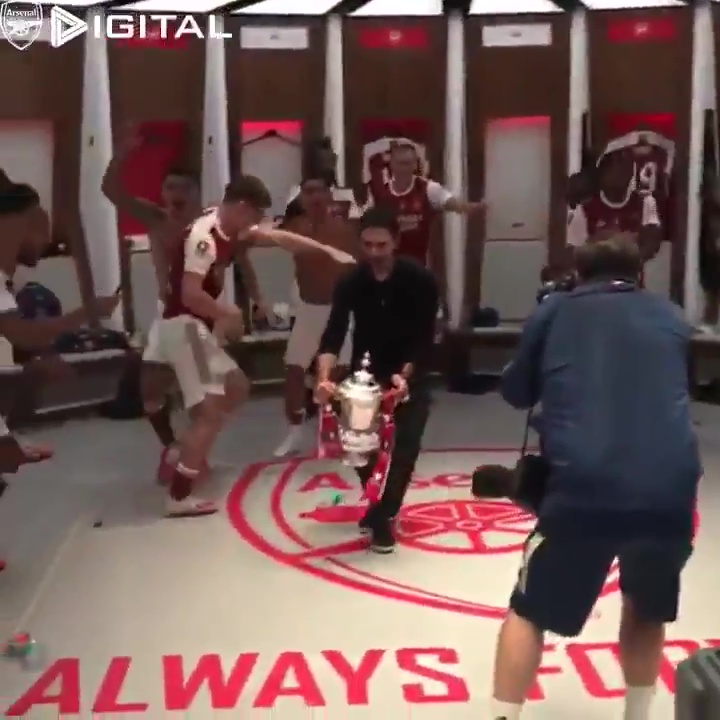 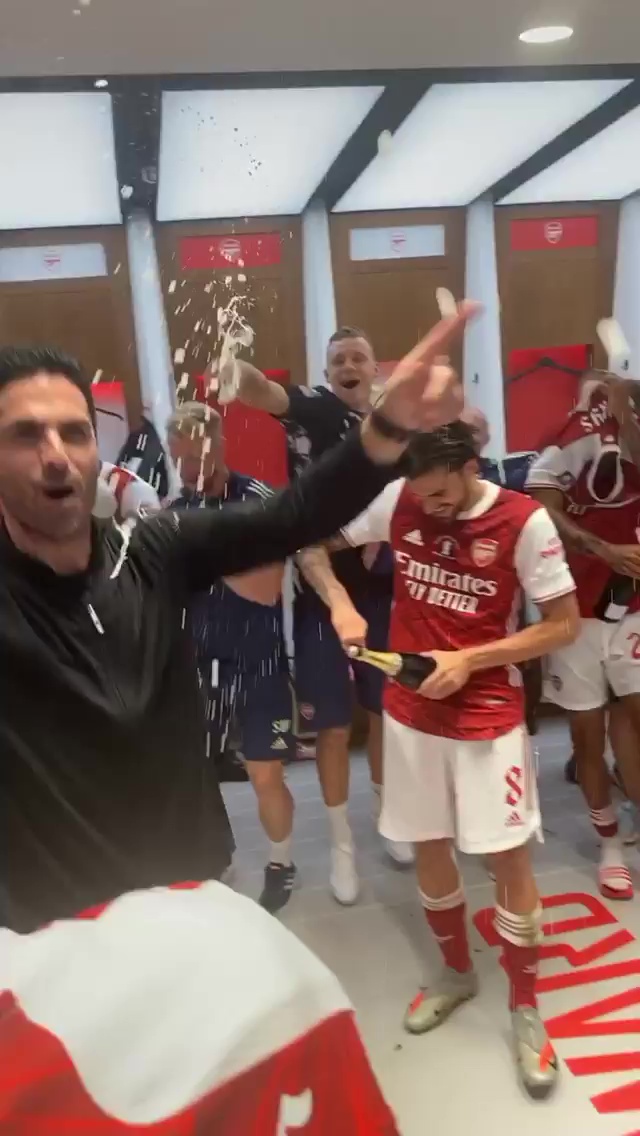 Arteta is the first person to win the FA Cup with Arsenal as both a captain and a manager.

After the Gunners secured the silverware for a record 14th time, the squad celebrated in style.

Footage shared to Arsenal's Twitter page showed the boss carrying the trophy to the dressing room.

As he strolled in, he was soaked with champagne while the players danced around him.

The FA Cup trophy was surprisingly still in one piece even though Pierre-Emerick Aubameyang dropped it on the pitch. 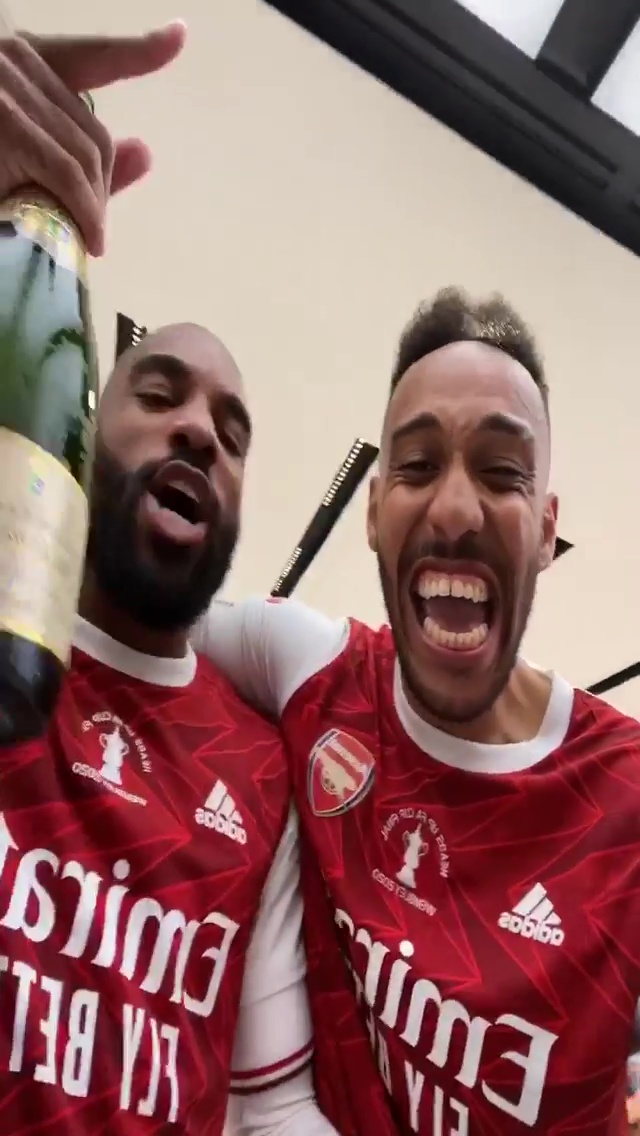 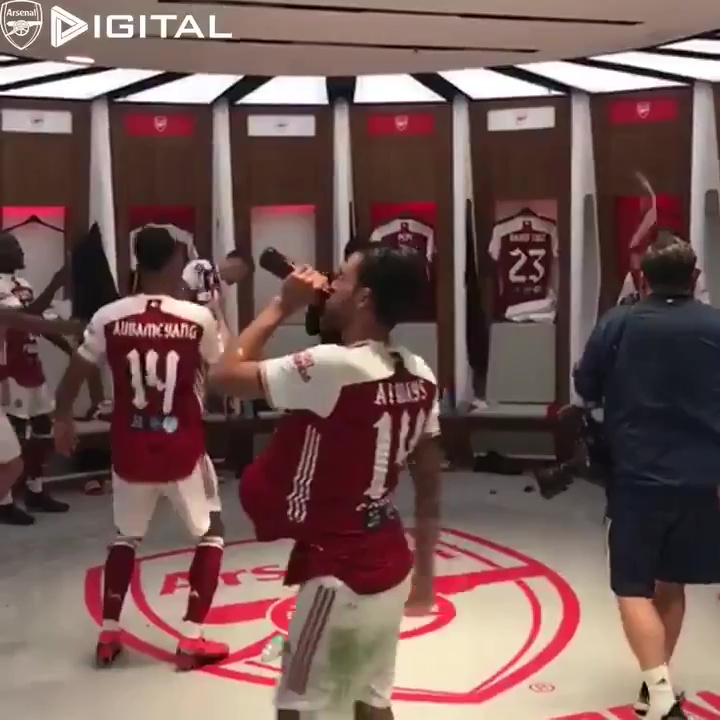 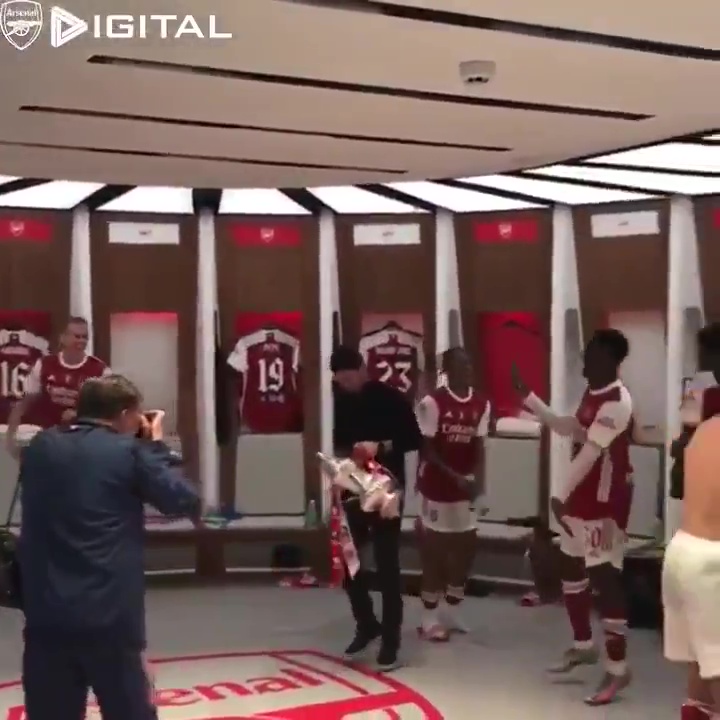 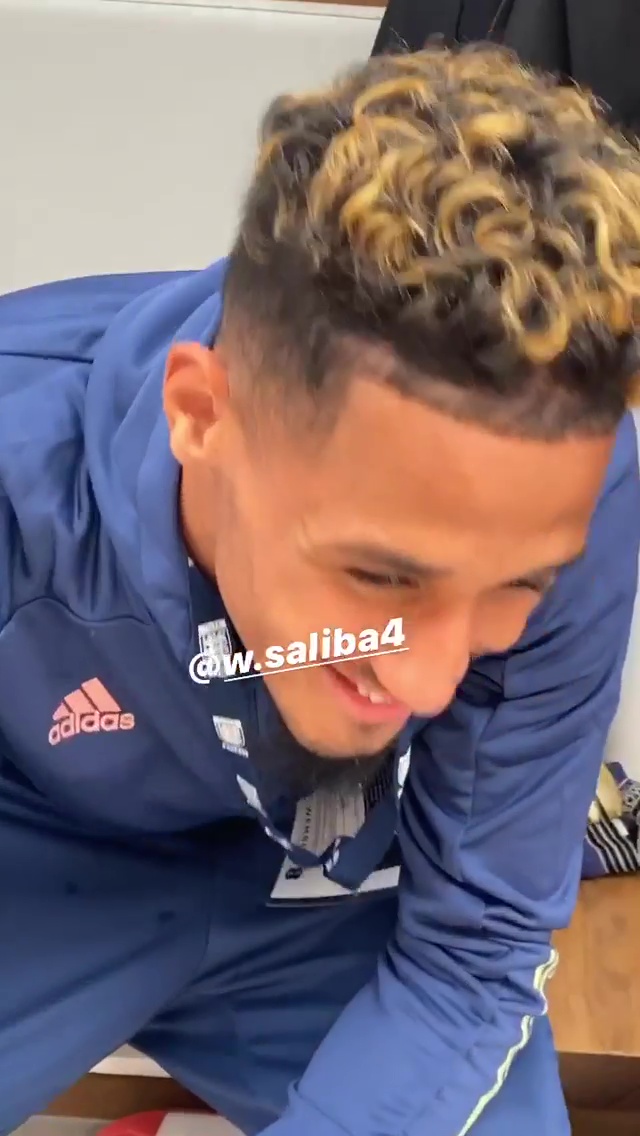 The party continued on the team bus back as a shirtless Alexandre Lacazette danced in the aisle, soaking up the success.

Lucas Torreira and Emiliano Martinez decided to toast the triumph later in the night by going for a McDonald's.

As the players celebrated, a swarm of fans lit flares and partied outside of the Emirates. 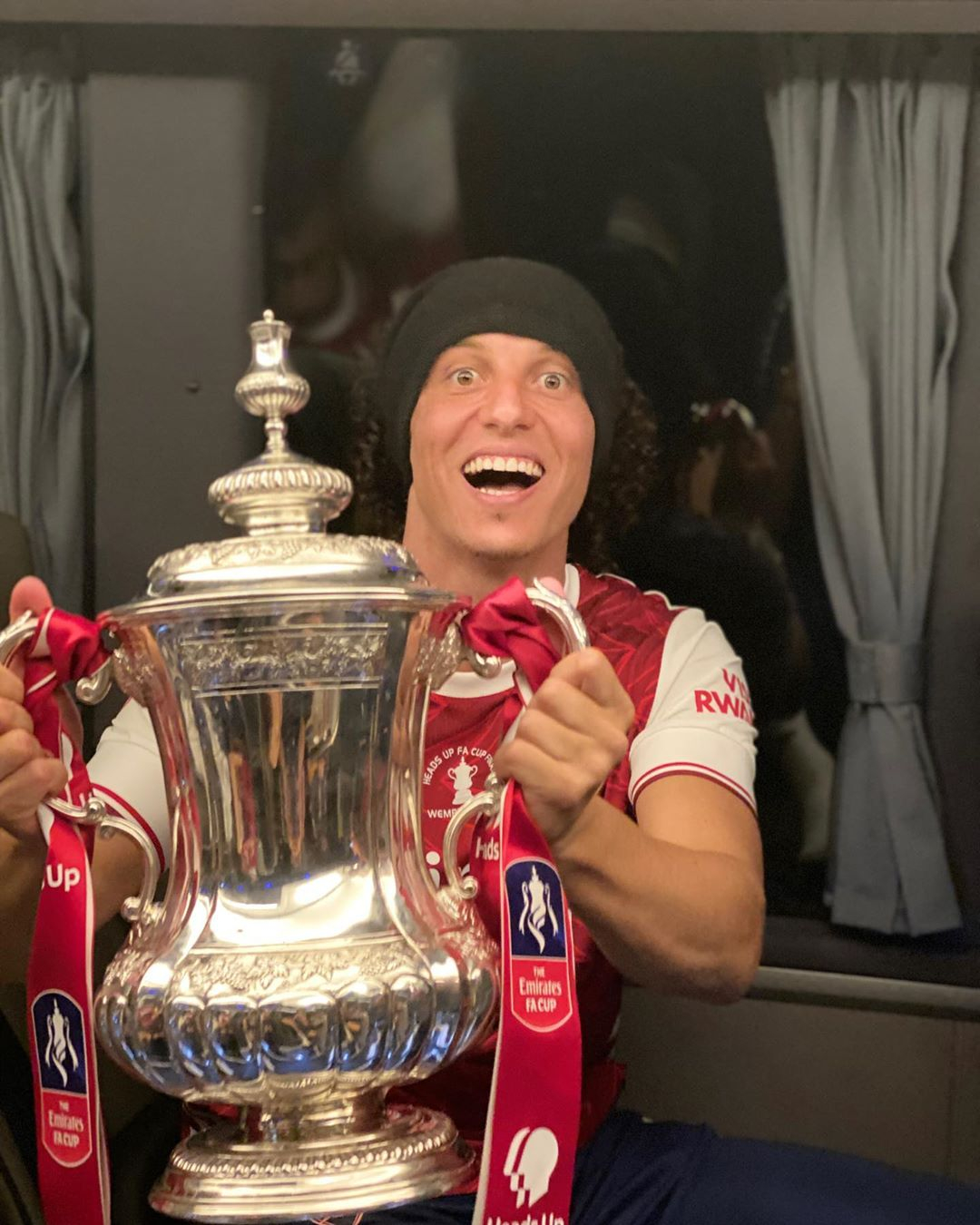 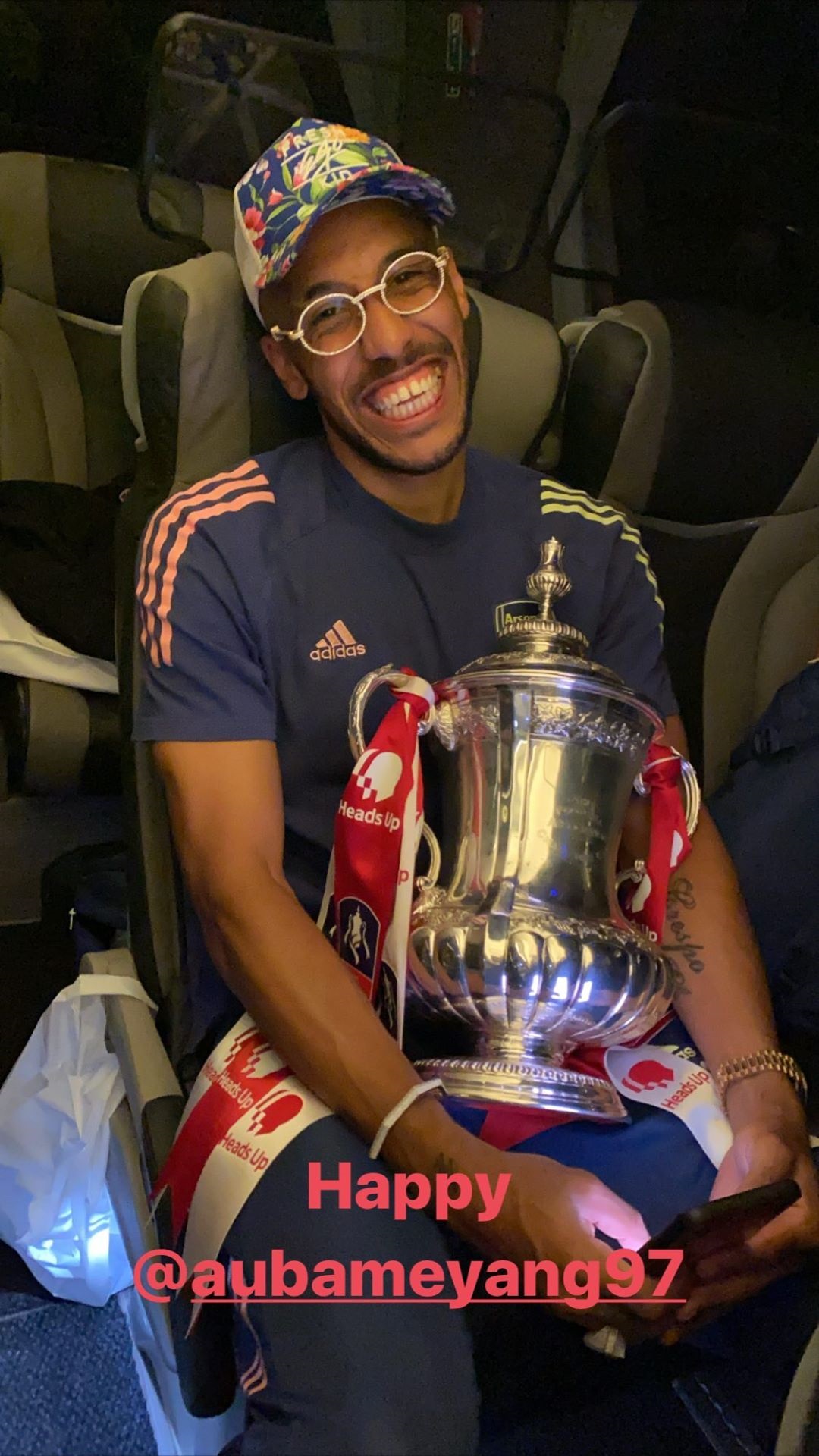 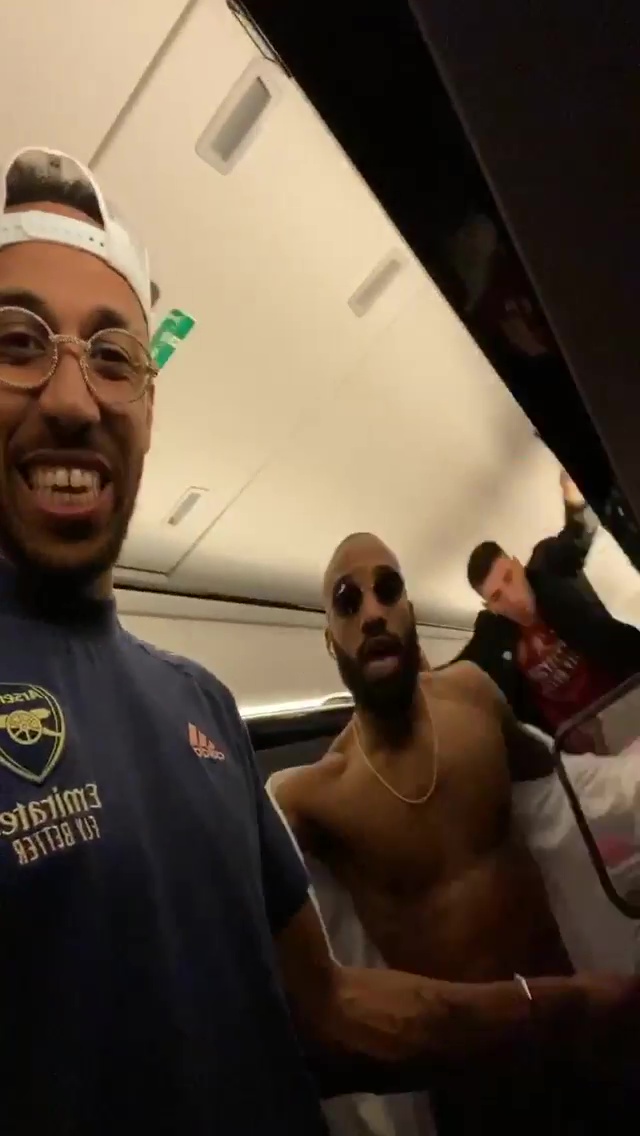 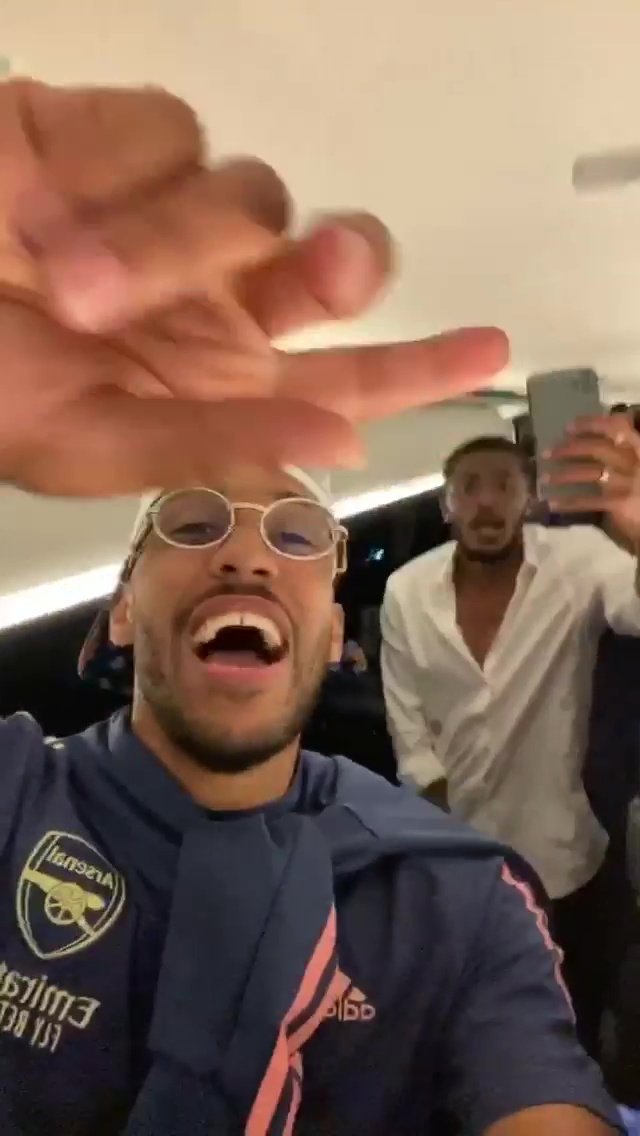 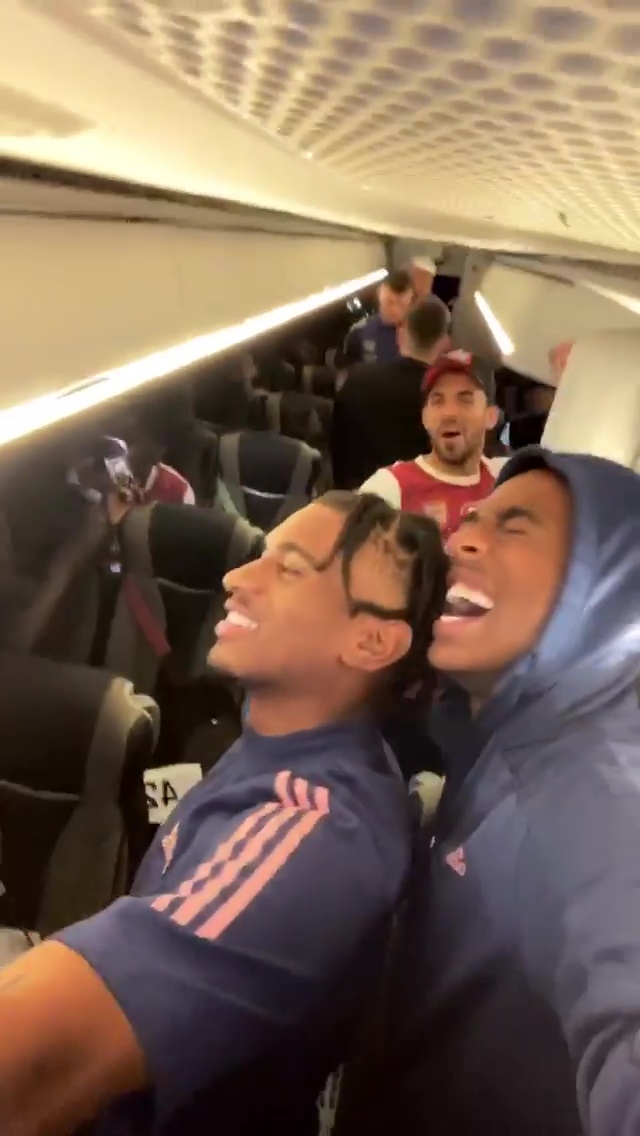 Arsenal secured their spot in next season's Europa League with a 2-1 win over their London rivals.

Chelsea took the lead after five minutes after Christian Pulisic found the net from close range.

Aubameyang levelled the scoring from the penalty spot before he secured the win with a cheeky chip.

After the match, Arteta admitted he wanted to build his squad around the striker amid claims he is set to leave this summer.

He said: "He knows what I think about him. I want to build the squad around him.

"I think he wants to stay and it is just about getting the deal done.

"But I think these moments will help him to realise and believe that we are on the right path and he is a big part of that."