THE road sign nearing the end of the A24 announces proudly “Borough of Epsom and Ewell…home of the Derby.”

Yesterday you had to take their word for it. The biggest day in the Flat racing calendar it may have been, but there was precious little else to suggest as much. 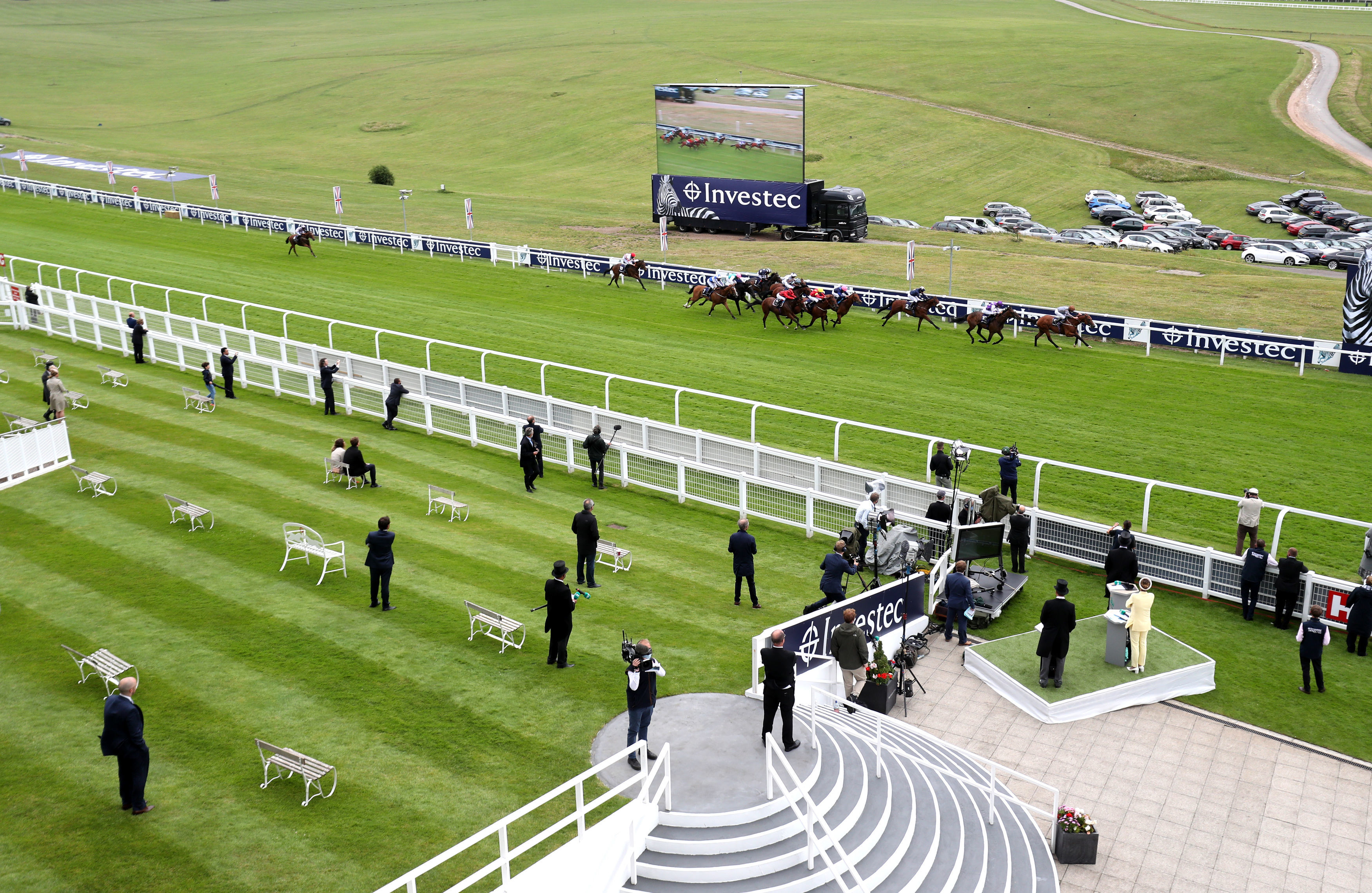 No jostling hordes strolling and stumbling their way from early morning. No traffic. Not much anything, really.

Epsom High Street sprinkled only with those after a few groceries or making the most of the chance to get a much-needed haircut.

A day which, in normal circumstances would have been the town’s busiest of the year. But not this time.

Boris Johnson may have opened the doors to the boozers again, but the ones at the famous Rubbing Horse pub, the one which backs onto the racetrack remained firmly shut.

An exclusion zone around the course, fencing it off from Tattenham Corner to Langley Vale and beyond, made the Derby a no-go area to all but a couple of hundred or so.

At least it meant no hassle from travellers offering you lucky heather in that smiling, but ever-so-slightly-menacing “buy this or you’ll be cursed for the rest of your life” kind of way.

Every cloud, and all that. Certainly for the laugh-a-minute steward directing the chosen few to their designated parking slots.

As he growled: “Much better this…not had to close the bloody road yet because some drunk’s fallen over halfway across and split his head open!”

Yes, there was that. No anxious calls from Sheikh Mohammad’s minions fretting that the jams would stop him getting there before the big race.

No lurching, laughing drunk-as-a-skunk-by-11am revellers blundering around before most of the jockeys had even arrived at the course

Riders changing in the Summer House restaurant, females in the Queen’s Room, owners using the Soviet Star bar as well as their own, to take social distancing into account.

And the racing itself? Well of course the Derby is the Derby. A hundred people or 100,000, it is still THE biggie, the one every owner, trainer and jockey dreams of winning.

Yet as great as it was to be here – and hats off to Epsom for a superbly organised event for those of us lucky enough to be allowed in by the way – there was something quite antiseptic about it all. 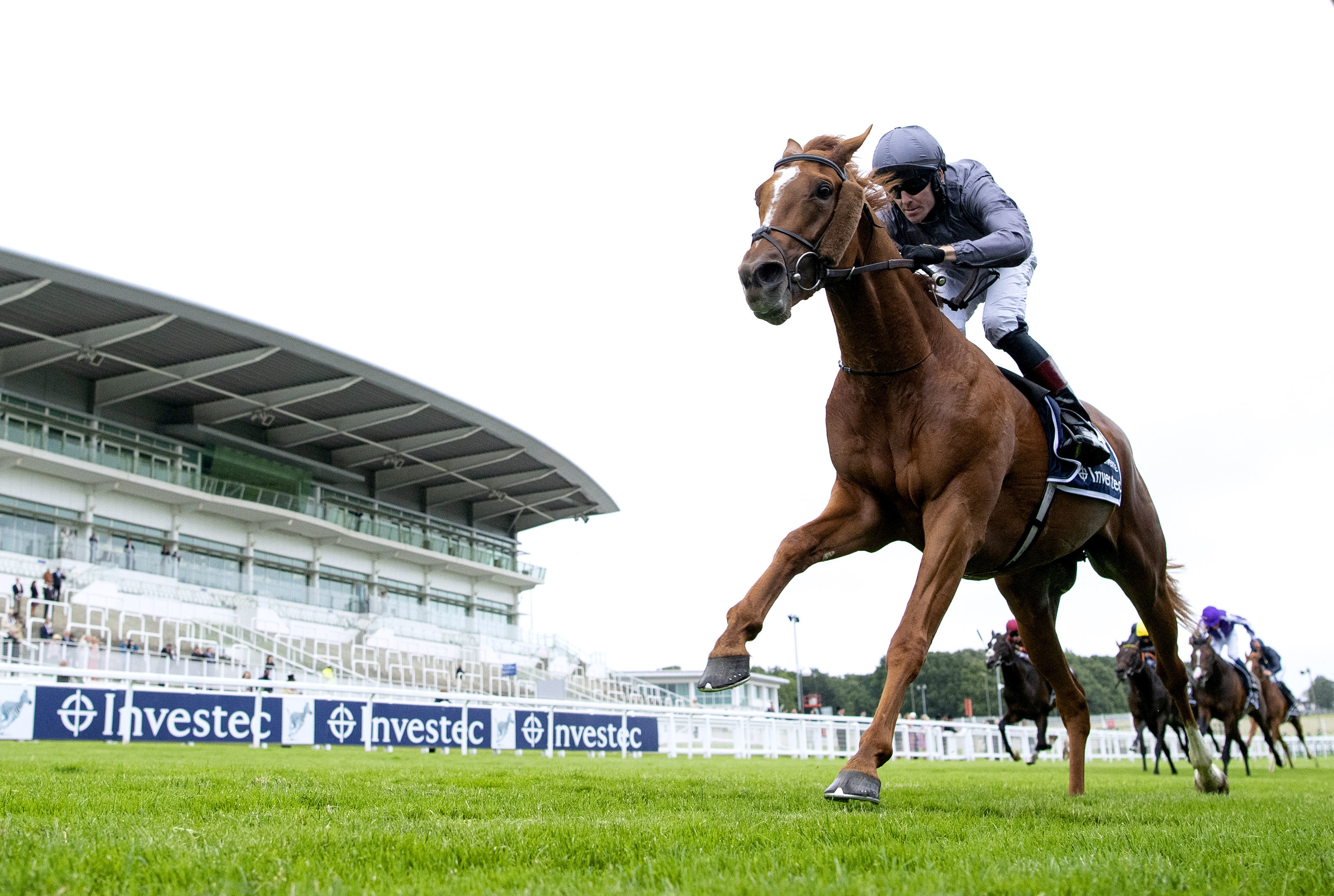 No double decker buses crammed with once-a-year punters staging their own races to see who could down the most pints or Prosecco as quickly as possible.

Yet without all those fans, the silence. No rumbling, rising roar as they charged up that final furlong. Just the thundering of hooves and the odd crack of the whip.

And then Derby hero Serpentine being led into the winner’s enclosure to a pre-recorded fanfare and just a polite spattering of applause from officials and TV technicians.

Still, at least you could hear the racecourse commentary for once. And there was no elbowing your way through hangers on to get a word with the victors.

So all in all, yes, it was absolutely fantastic to be able to watch racing in the horseflesh once more…but it will be even better when everyone else is as well.