ISCO has been slammed for spending a minute and 20 seconds playing with his hair during Real Madrid's clash with Getafe last night.

Some fans were surprised when boss Zinedine Zidane opted against restoring Isco to his starting XI, instead preferring youngster Marvin Park. 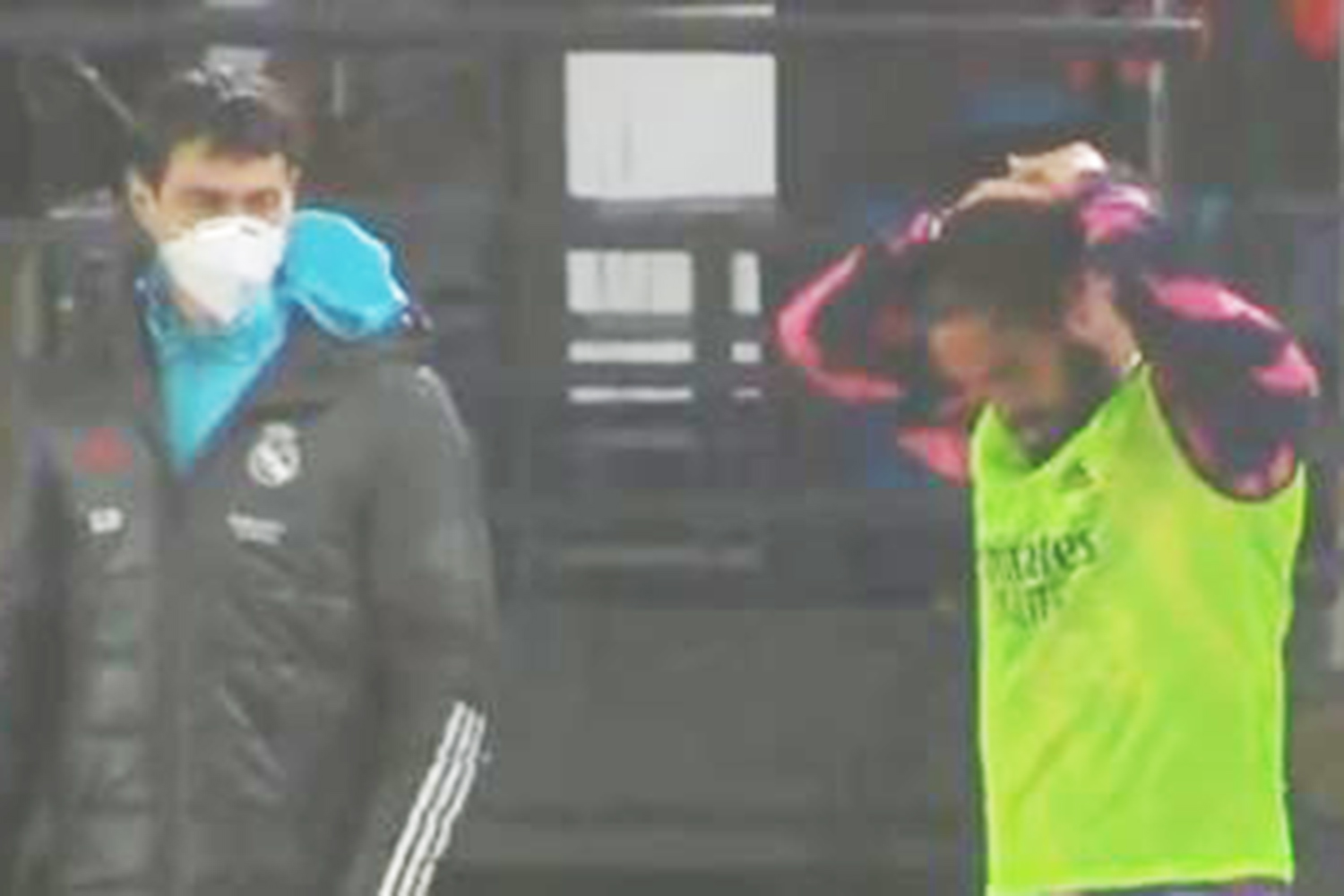 But when Zizou did eventually send the Spanish playmaker to warm up, he was more concerned with how he looked.

Having been joined by fitness coach Gregory Dupont, Isco should have been being put through his paces.

But in a video revealed by Marca, the 28-year-old had bigger concerns.

The long-haired star spent 80 seconds perfecting his precious barnet, first slicking it back with water then tying it into a ponytail.

He also grins and laughs, seemingly without a care in the world.

The attacking midfielder, who has started just three games in LaLiga this season, was eventually called upon in the 76th minute.

By this point, Madrid were comfortably leading 2-0, through goals from Karim Benzema and Ferland Mendy.

A former favourite of Zidane's during his first spell at the club, Isco has been anything but this time around. 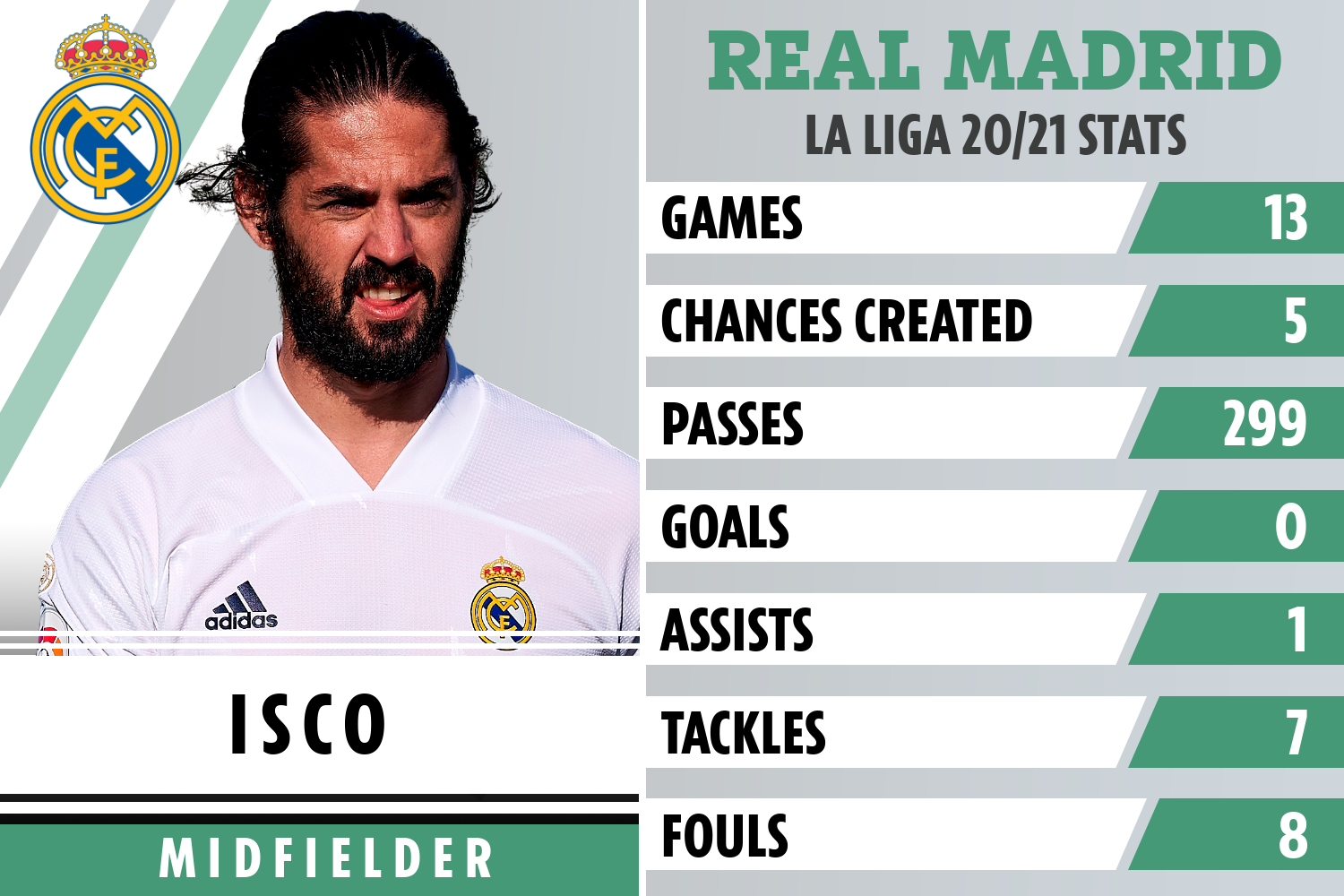 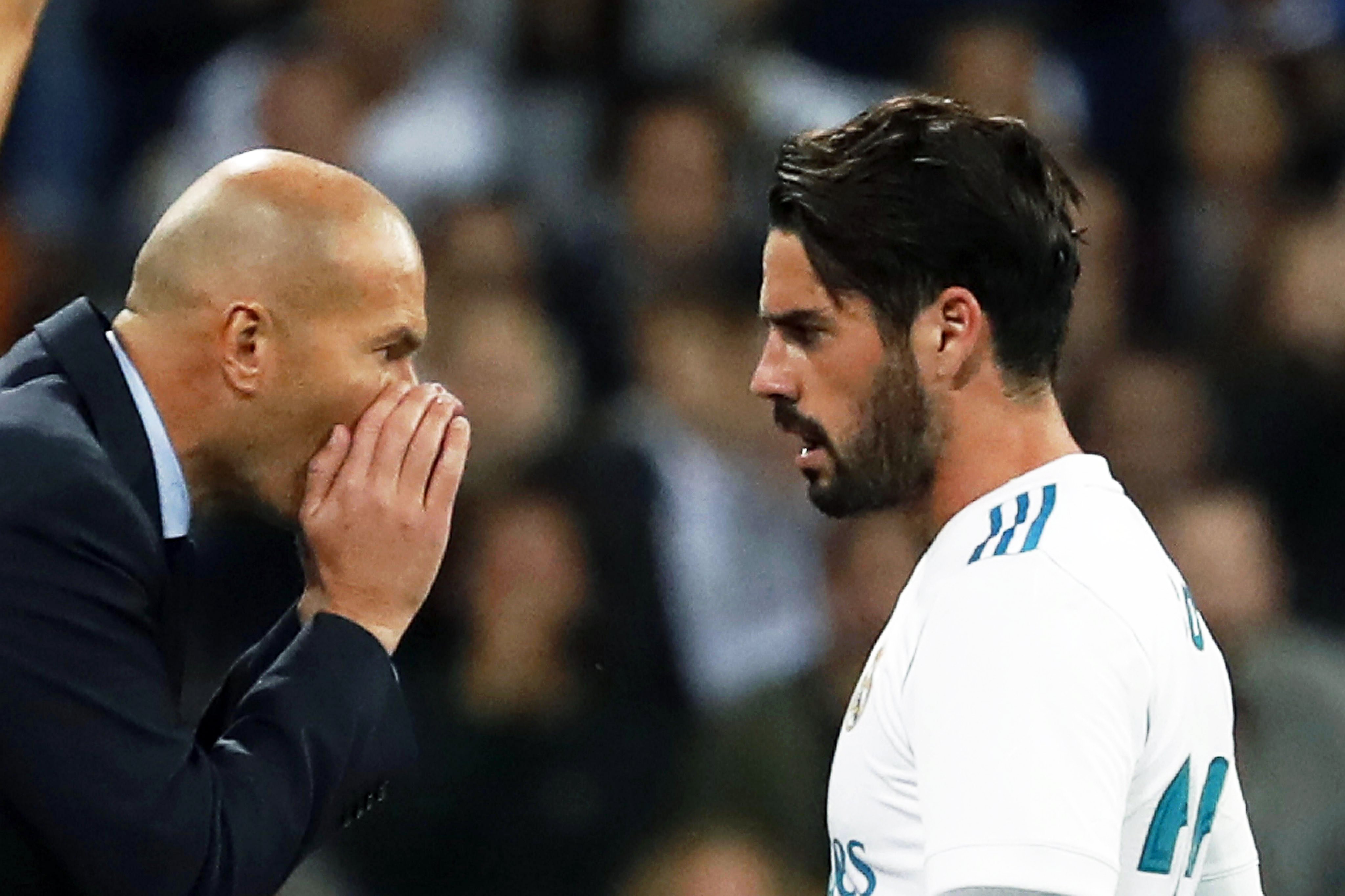 In fact, he has played just 80 minutes of his side's last 12 LaLiga matches, struggling to make an impact.

Last night's win took the reigning champions back into second ahead of Barcelona.