BRENTFORD star Ivan Toney claims players are being ‘used as puppets’ as he explained why the club’s squad are no longer making the anti-racism gesture before games.

The Championship’s 24-goal top scorer believes the gesture is allowing ‘people at the top’ to just rest on the subject and as a result it has not changed anything. 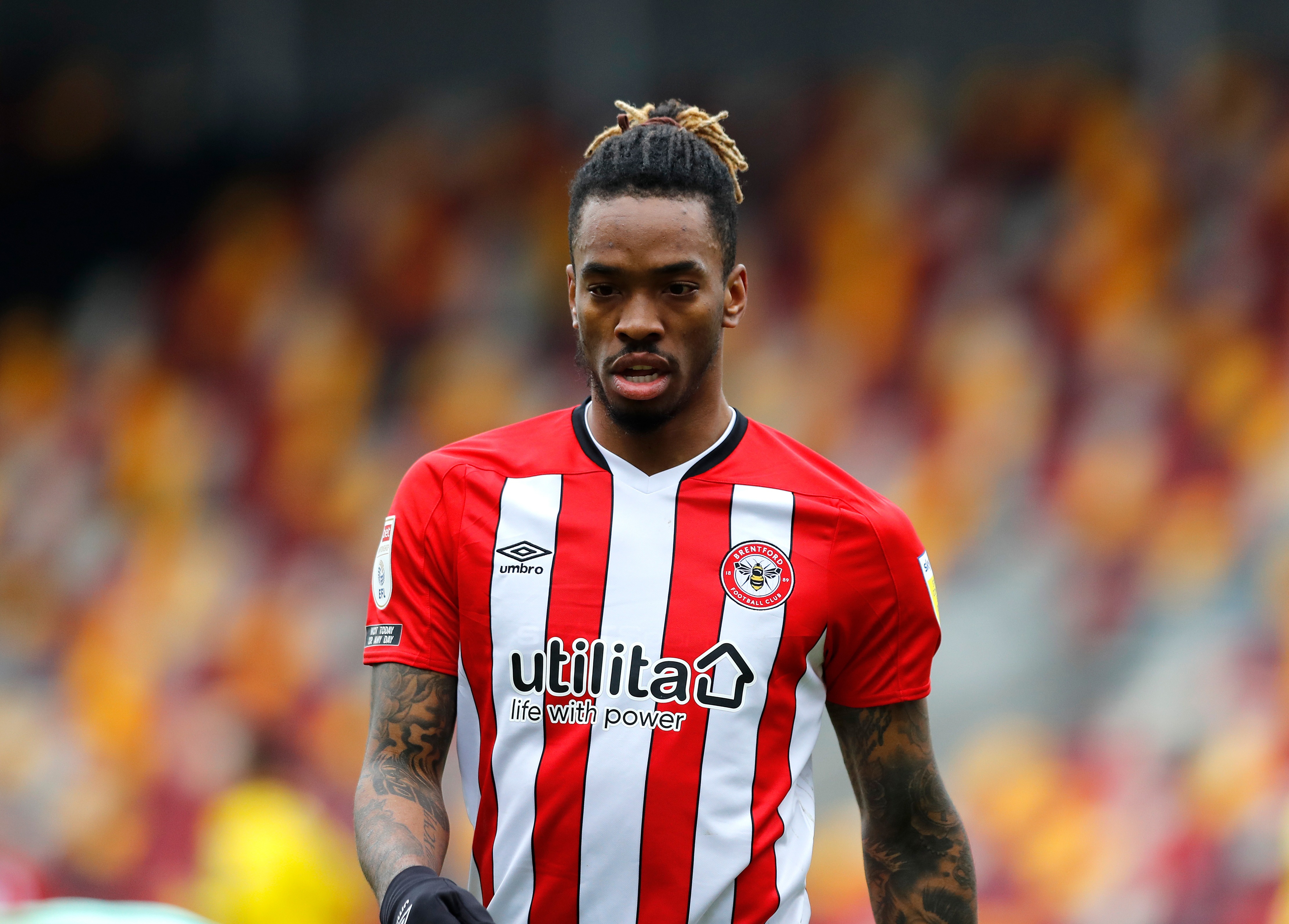 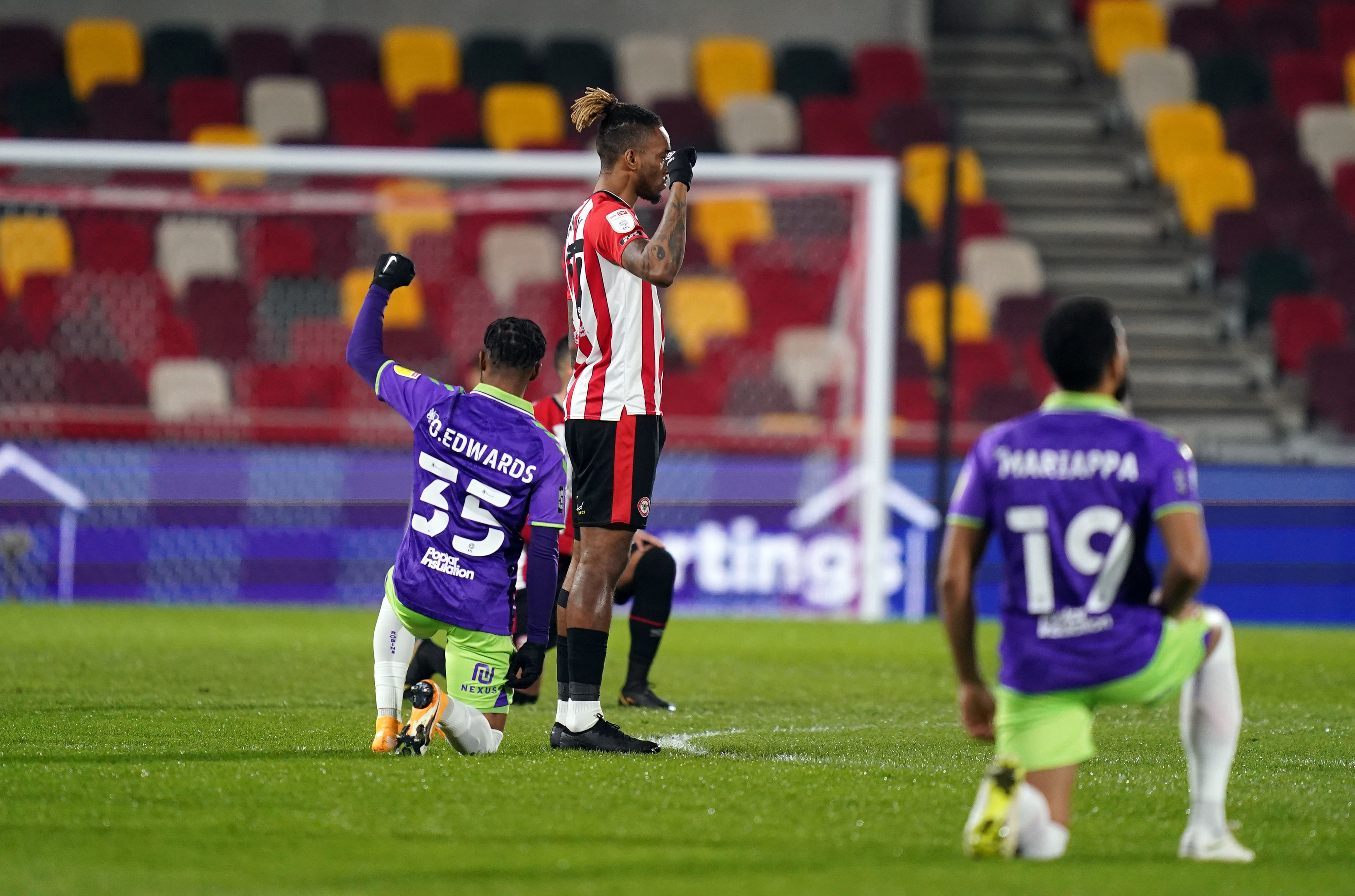 The promotion-chasing Bees announced last Saturday their players would not be taking the knee any longer and they failed to do it before last Sunday’s home defeat to Barnsley.

The 24-year-old striker told Sky Sports: “We have had a long discussion about that; why we are not taking a knee.

“Everyone has had their say, and everyone agrees [that] we have been taking the knee for however long now and still nothing has changed.

“We are kind of being used as puppets, in my eyes; take the knee and the people at the top can rest for a while now, which is pretty silly and pretty pointless. Nothing is changing.”

The ex-Peterborough star continued: “The punishments need to be stronger. You're going to do so much and, in a way, you have to get that helping hand, but it doesn't look like it's coming at the moment.

“So you have to push for that and hopefully things change.

“You have to try and educate people more but the question is, do people want to be educated? That's another topic.

“You can only do so much, you can only try and help certain people. You can lead a horse to water but you can't force him to drink. 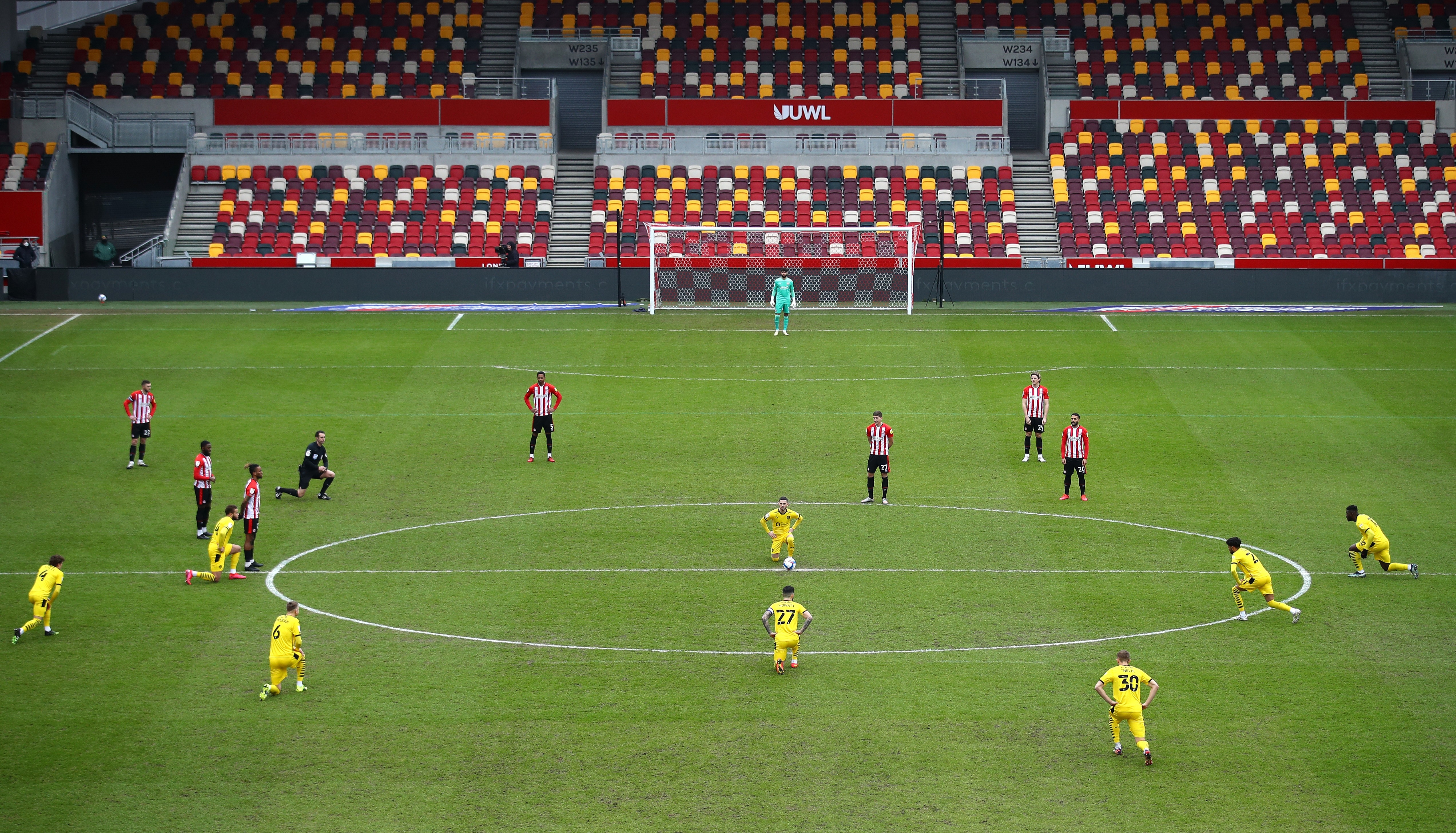 “The club is working extremely hard behind the scenes to try and make the extra impact. I think that's big because the diversity in our team is massive.

“You have people from different backgrounds and we are all working together towards the same goal. That's key to have really.

“We are focusing on things behind the scenes at the moment.

“But come Saturday we won't be taking the knee. If we come up with something else to do in future then we know we are going to do that.”

Toney’s comments come just days after Wilfried Zaha said it was ‘degrading’ for black people to have to take part in football’s symbolic attempts to eradicate racism.

The Crystal Palace ace is fed up that people of colour still have to go the extra mile to prove they matter as much as everybody else.

And he also accused social media giants of a charade in their claims to be tackling race abuse online.

Toney himself was subjected to online abuse last month and reported it to police. 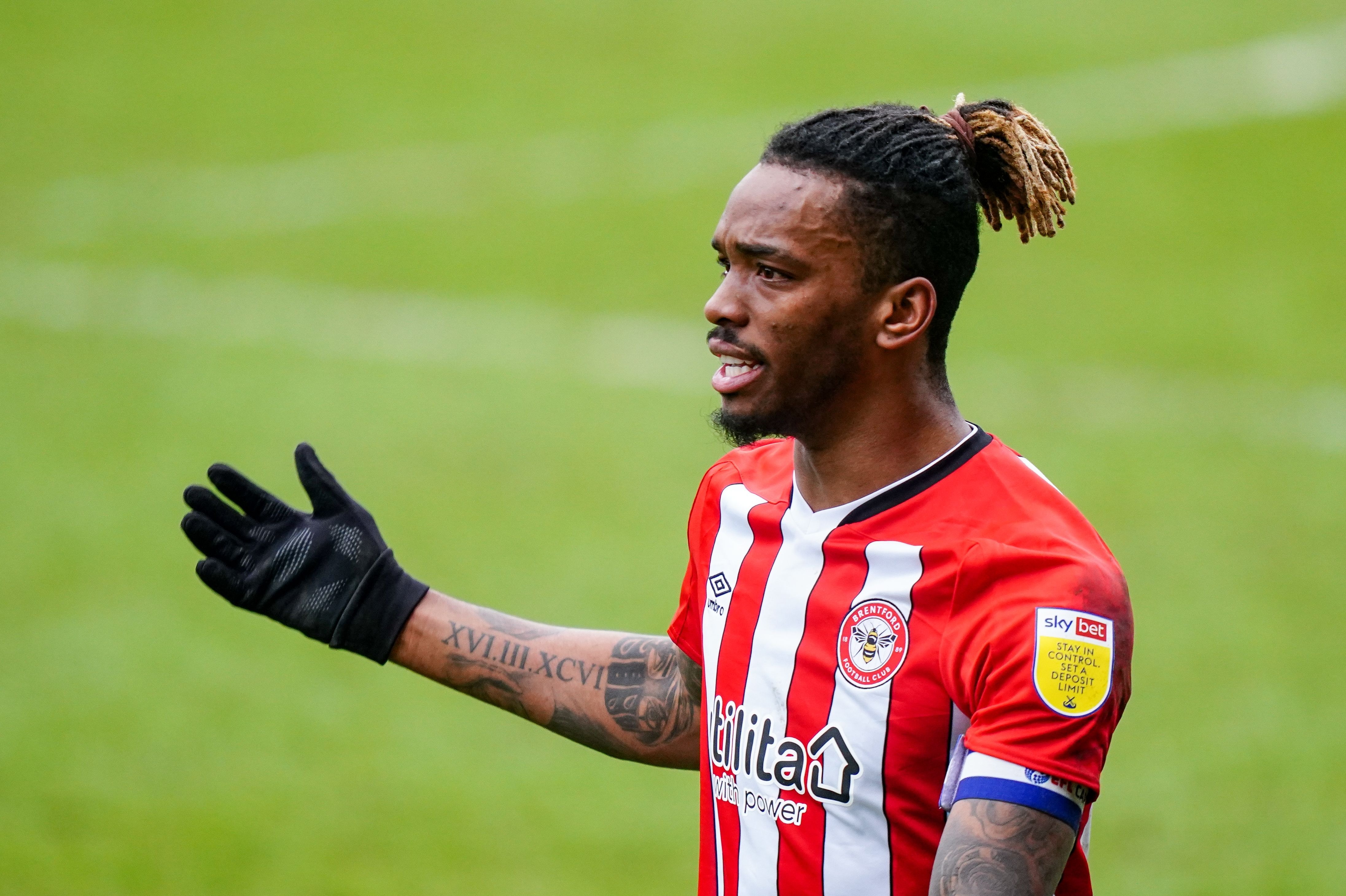 But he believes those committing such acts are being allowed to hide behind anonymity – although Facebook have announced stricter punishments for violations on their platforms, which includes Instagram.

However, Toney has called for harsher punishments for racists from law enforcement.

“If anything goes out there, you know this person has done it, know where to locate them; short and sharp.

“Now someone can say something online, the account will get blocked for a bit, give it 24 hours and they're back online, back at it again.

“I feel like they're not going to learn. Or within seconds they can just make another account. So it is very easy for people to do something like that.

“People can hide behind a screen. No one is going to do it at a match, in front of you, like throw a banana at a black player or something. They are very happy hiding behind a screen and being comfortable.”

The hotshot added: “There was an incident recently, I put it out there. The media's been saying I don't want to take it further.

“They made it seem like I'm not really bothered. But it's far from that. It's because I don't really think it's going to go any further.

“They might get a slap on the wrist but, come next week, they can just do it again. So I feel like the punishment has to be harder. 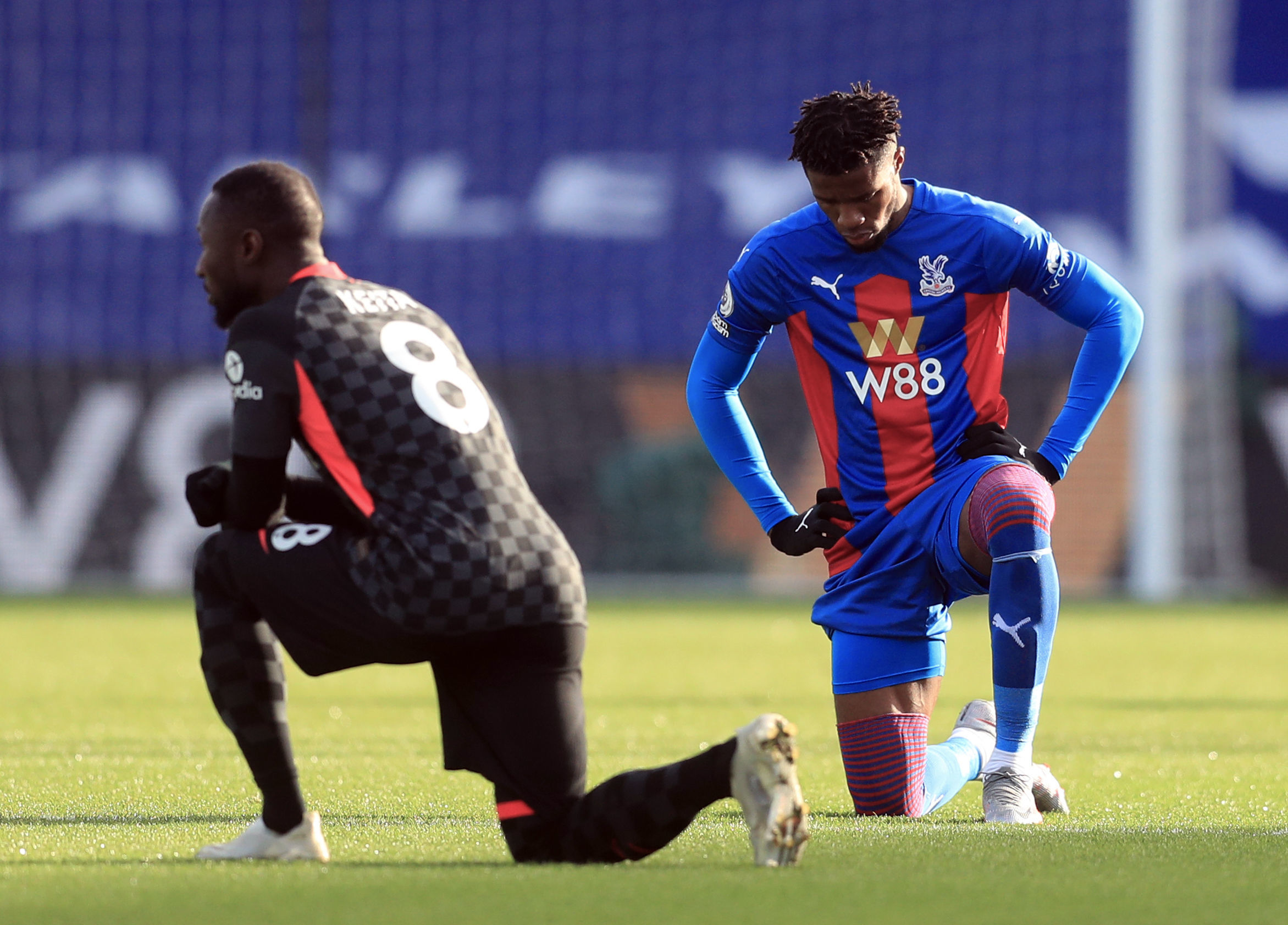 “We are actually looking through our mentions for racist abuse. That should never be the case.

“Okay people might say you're rubbish but colour shouldn't come into the situation. I feel like that is very frequent at the moment.

“Personally, the way things are going at the moment, I think instead of taking the knee they will probably think of something else to do and just cover up for another year or so, and it will just be a continuous thing like that. Whereas there needs to be harsher punishment.”

The Gunners striker, 21, was racially abused on social media after posting a picture of himself at training.

A response to Nketiah's photo captioned 'working with a smile' told him to leave the club along with a racist message. 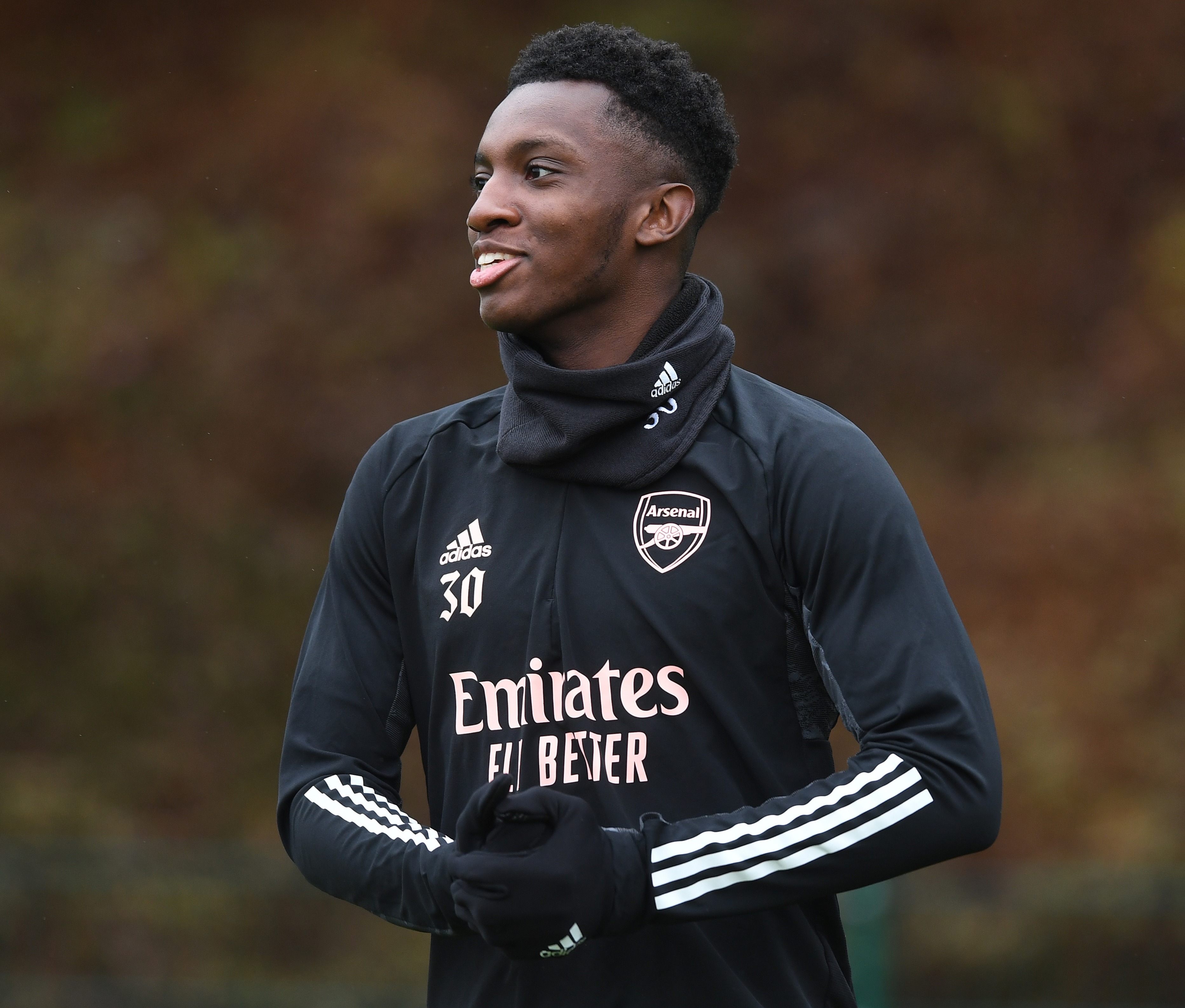 And a spokesperson for Twitter told Sky Sports News: "Racist behaviour has no place on our service and when we identify accounts that violate any of the Twitter Rules, we take enforcement action.

Manchester United's Axel Tuanzebe and Anthony Martial are among those to have suffered racist hate.

Managers Mikel Arteta and Steve Bruce along with referee Mike Dean have all received death threats on social media.