EVERTON star James Rodriguez has squashed concerns over his fitness by posting a picture of himself tensing while riding an exercise bike.

The Colombian joined the Toffees in the summer on a two-year deal from Real Madrid. 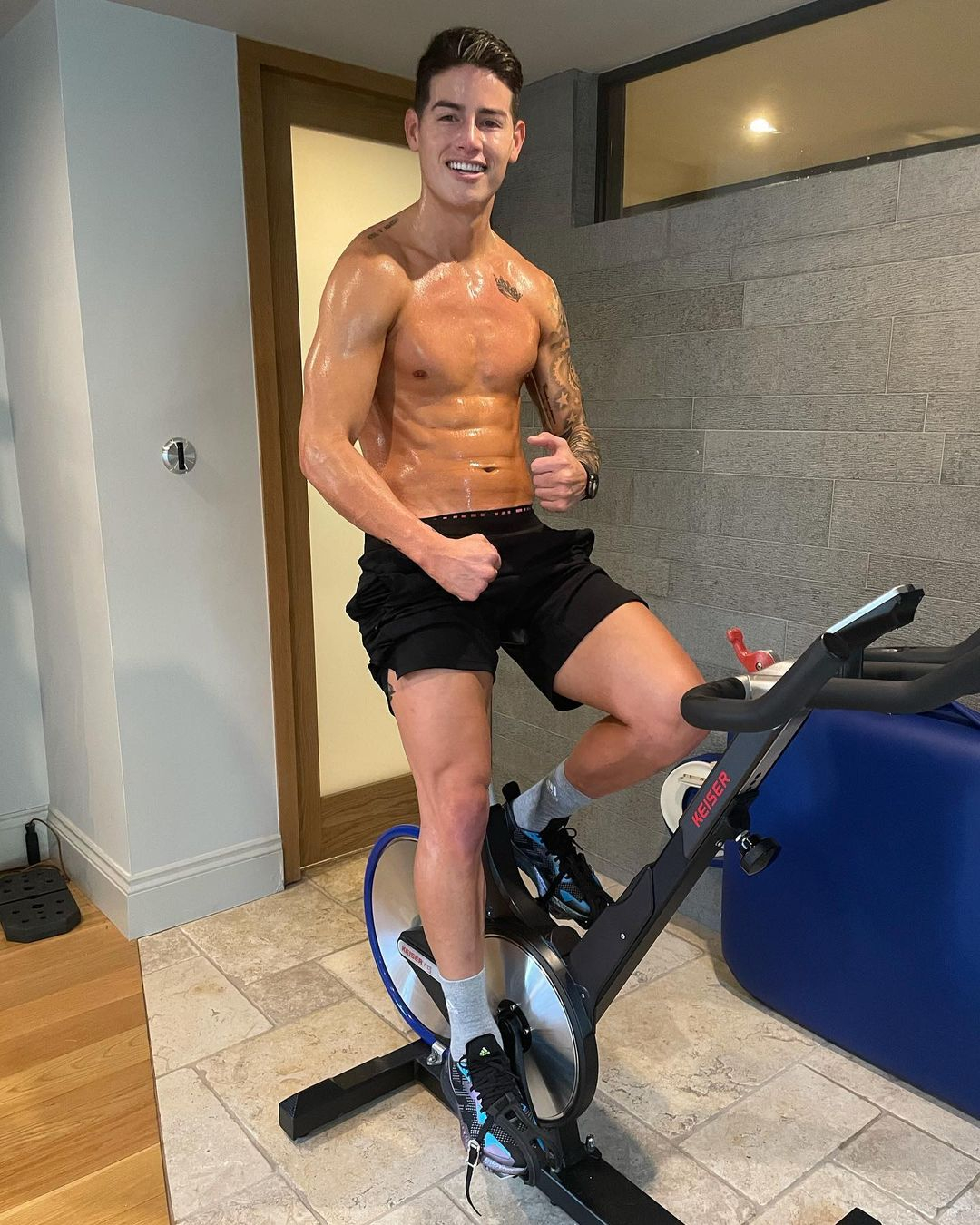 He made an incredible start, wowing fans with his excellent technique and creativity.

But he picked up a knock in December, although Carlo Ancelotti's side managed to win all four games for which he was missing.

The Italian, who also signed Rodriguez while manager of Real Madrid and Bayern Munich, will have been delighted to have the attacking midfielder back in contention from the bench last weekend, however.

And his prospects of having him available to start games in the near future appear to have been given a boost.

Reports in Spain have suggested that Rodriguez's long-term fitness is a big issue at Goodison.

But not on the evidence of his latest Instagram snap.

The 29-year-old posted a picture of himself beaming for the camera, while tensing his arms and torso.

And his ripped abs are there for all to see.

Rodriguez has managed three goals and four assists in 12 appearances for Everton to date.

He could return to the starting XI as the Toffees host Championship strugglers Rotherham United at Goodison Park this weekend.

TalkSPORT pundit Gabby Agbonlahor feels that Rodriguez has been 'found out' in England, however, and that he'd be 'lucky' to start.