JAN BLACHOWICZ has vowed to give Israel Adesanya a rude welcome to the UFC's light-heavyweight division by knocking him out cold.

The Pole will defend his light-heavyweight title against his middleweight counterpart in the early hours of Sunday morning in the main event of UFC 259 in Las Vegas. 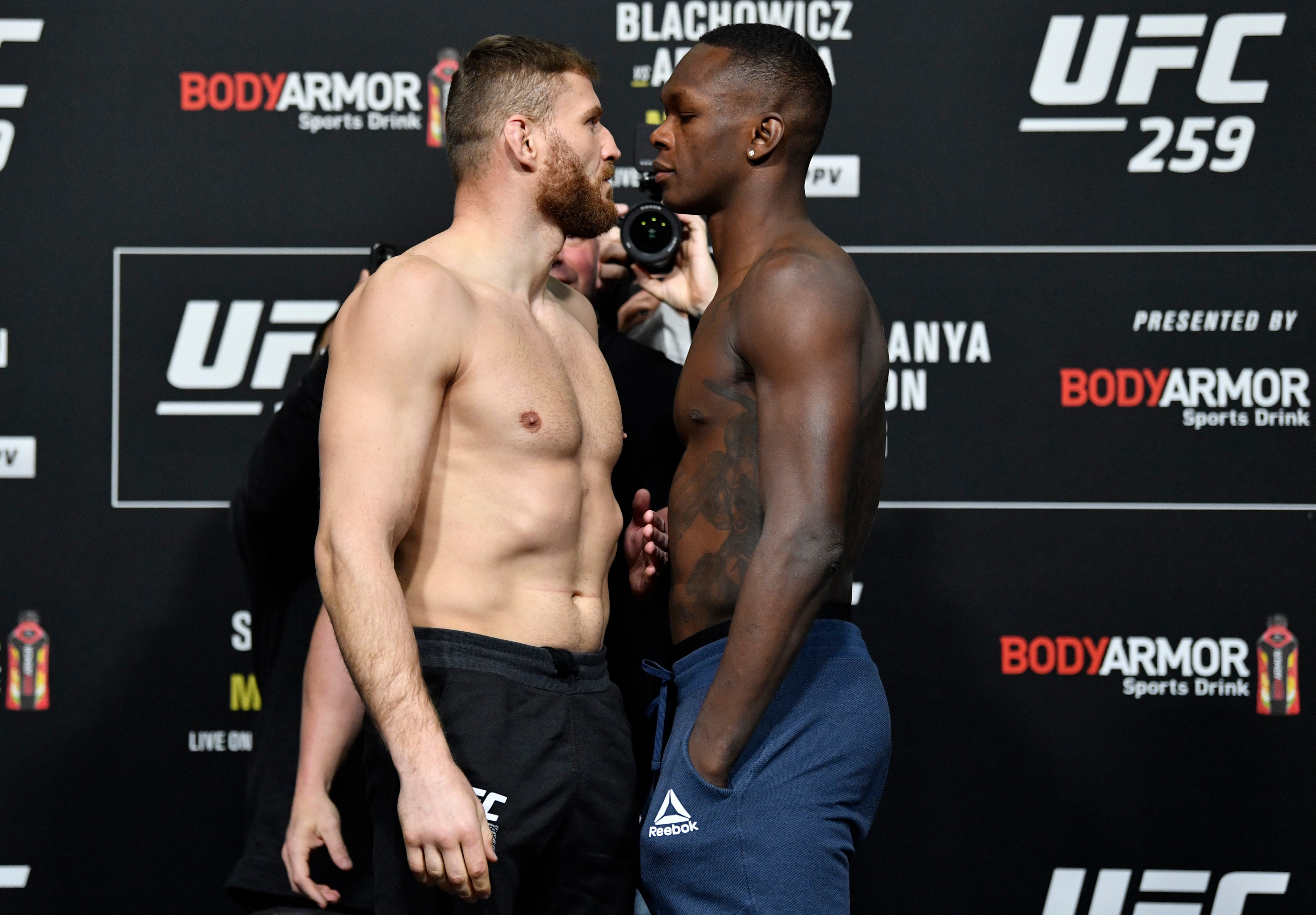 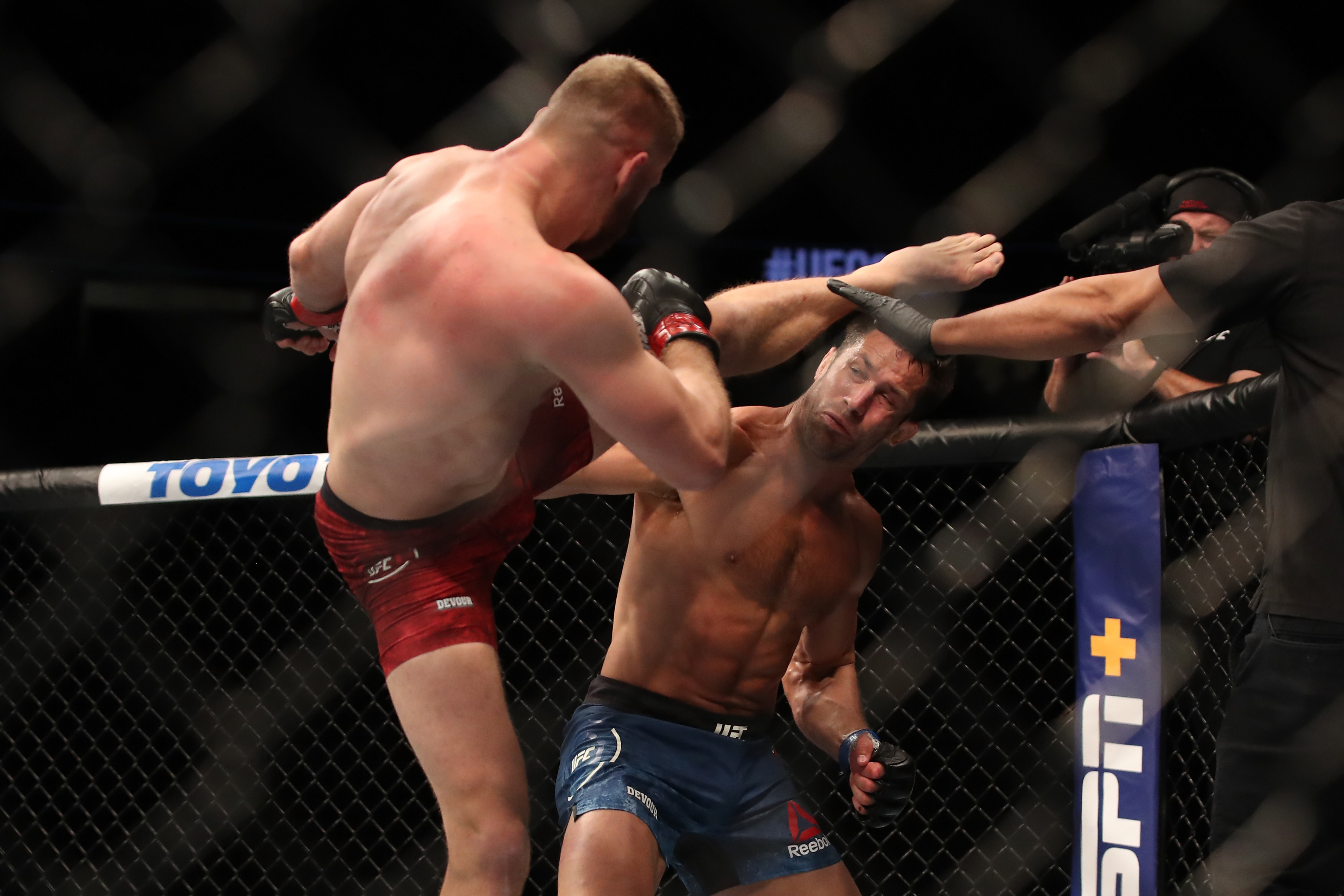 Fan favourite Adesanya has been tipped by many to cruise to victory against the UFC veteran, despite having never fought at 205lbs in his mixed martial arts career.

But the hard-hitting Blachowicz has promised to send The Last Stylebender back down to the 185lb division with a highlight-reel head kick KO.

The Prince of Ciesyzn told SunSport: "When I do my visualisation training, I see that I knock him out in the second round by a left high kick.

Adesanya has dazzled since making his UFC debut in February 2018, showcasing unique striking and an infectious personality to boot.

The soft-spoken Blachowicz has been impressed by what he's seen of the Nigerian-born Kiwi but is confident he has the tools to hand him his first loss in MMA.

"I have to watch out for everything he's got with his striking. His little kinks and his weird style of kickboxing.

"We'll be on the feet, so I need to be ready for everything.

"But in the gym, we've got similar guys to him. So I'm going to be ready for that.

"I think we'll find a way to beat him. Knock him out or a stoppage."

Blachowicz believes a stoppage victory over the fast-rising star will punch his ticket to superstardom, saying: "I believe when I beat him we'll switch places. 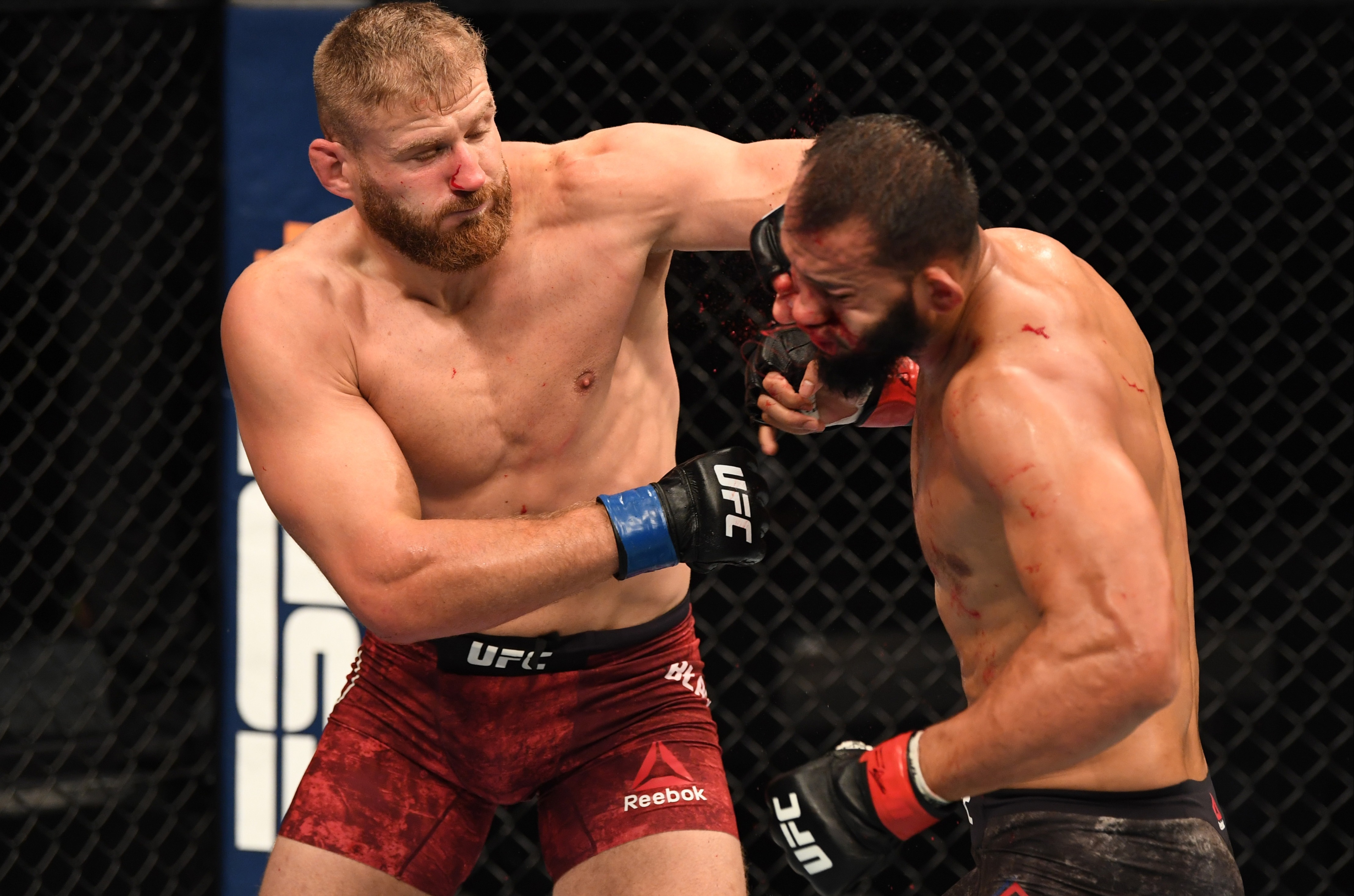 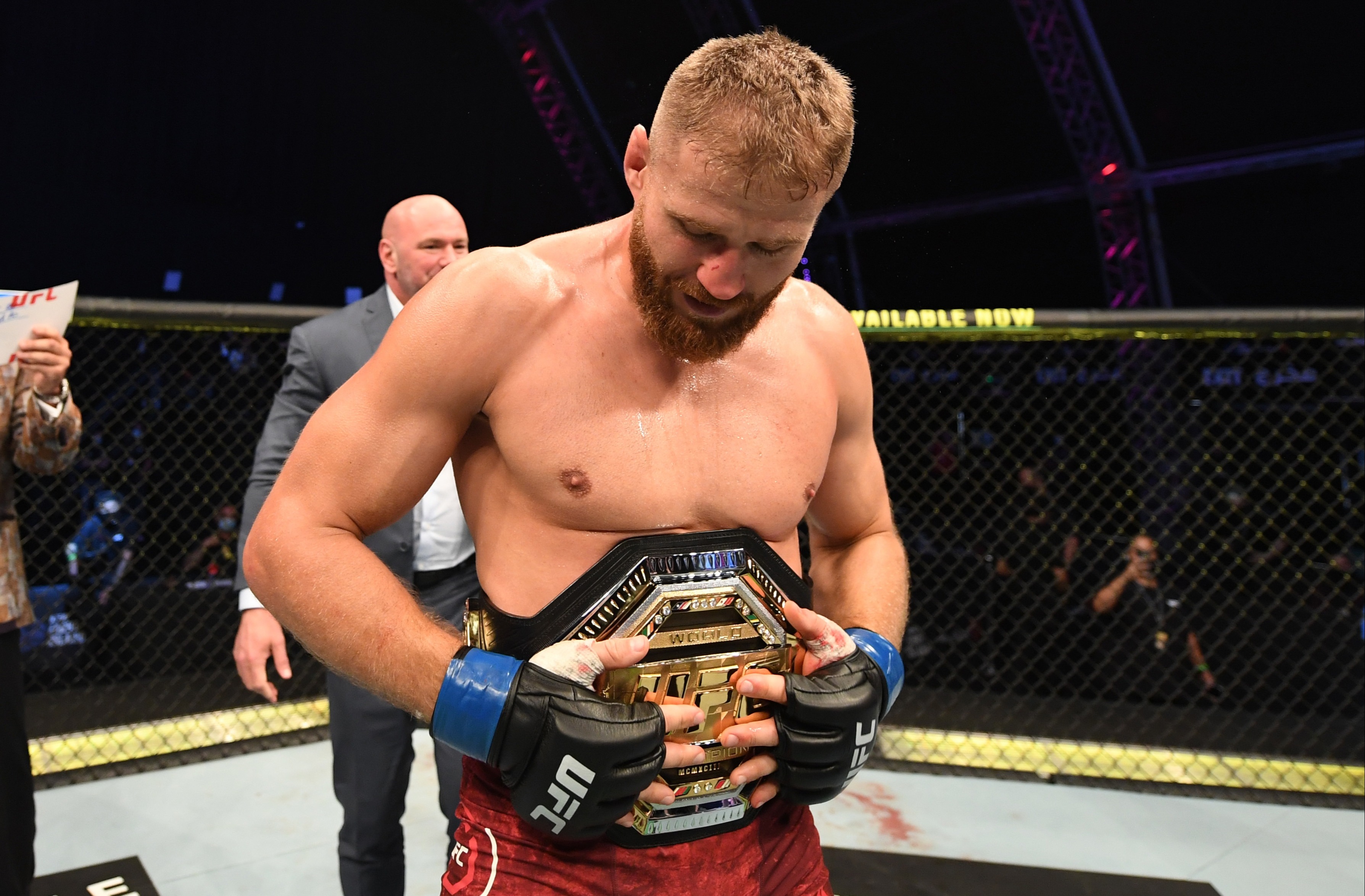 "I'll take his place and he'll take mine. I'm going to be the biggest star in the UFC after this win."

Adesanya, 31, goes into Sunday's champion-versus-champion bout as the bookies' favourite.

Blachowicz is used to being the underdog and is relishing the status ahead of his maiden title defence.

With a wry smile on his face, the former KSW light-heavyweight champion said: "I like to be the underdog. I don't care about being the underdog. 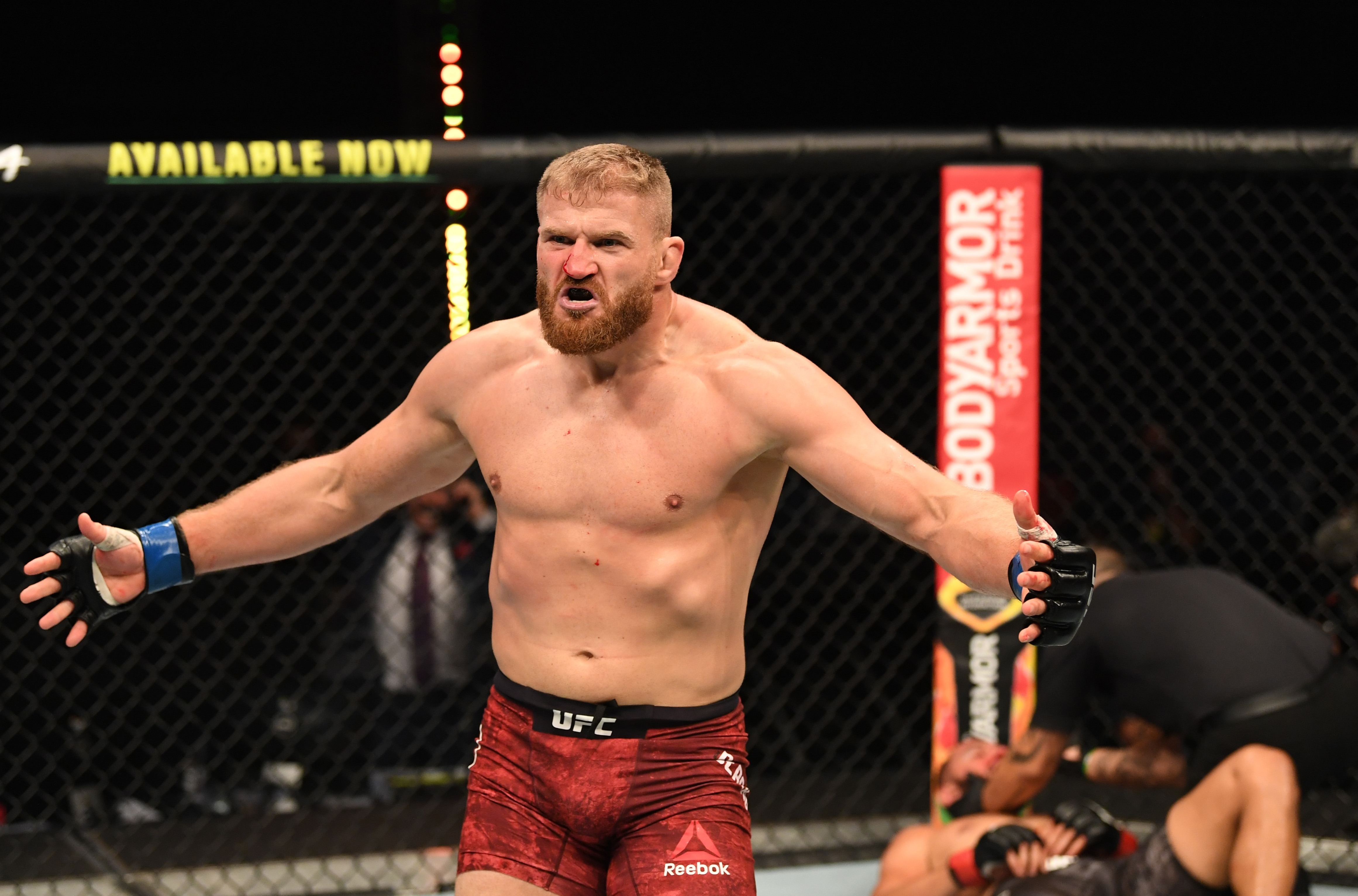 "When the door is finally closed, the people who don't do this, they don't matter. Just this (shows his fists).

"Just me and my opponent. What matters is who has made the better job in the gym.

"And I believe I'm going to be the one who has made the better job in the gym."

"I was once the underdog once and one guy after the fight caught me in the hotel and said, 'Thank you, my friend. I won 50,000 bucks thanks to you."