As England’s Vitality Roses celebrated a bronze medal at a home Netball World Cup, there were tears in their huddle on court. Tears of joy but also perhaps a sign of the end of an era together, something that Jo Harten hopes won’t happen.

Harten has been there for the duration under head coach Tracey Neville. She made her England debut back in 2007 and was instrumental in helping them to secure a bronze medal on home soil.

The prolific shooter is one of a number of players that will be getting straight on a plane to Australia now in order to continue their domestic seasons in the Suncorp Super Netball competition.

Leading into this World Cup there were thoughts tabled that some of the Roses’ senior players may retire after the competition. Geva Mentor and Jade Clarke were playing in their fifth Netball World Cup tournaments, Rachel Dunn was at her third alongside Eboni Usoro-Brown and Serena Guthrie.

From the outside looking in, this Roses squad felt very similar to England’s Rugby World Cup squad in 2003 – a group that had been building together for years and a group that may never take to the world stage together again after the competition.

In fact, that was something that Neville said during her pre-match interview: “They know that this is the last time that they’ll ever be together as a team and I hope that they make the most of that.” 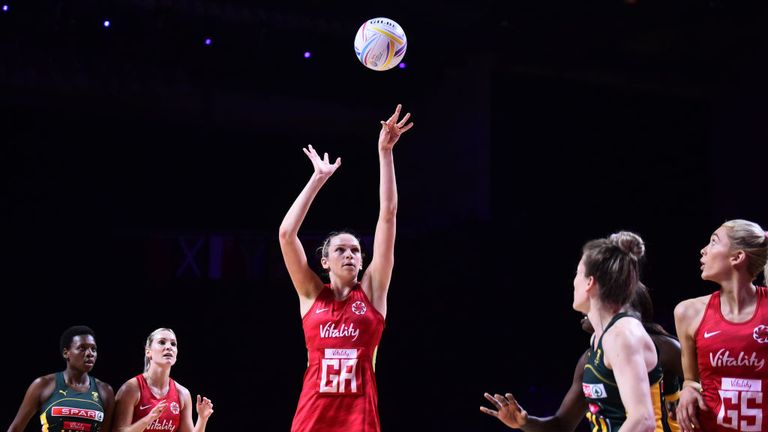 The finish from the Roses in Liverpool showcased considerable heart and mental fortitude. Powering past South Africa took courage of convictions and Harten hopes that as many players as possible will remain.

“There were a few tears in that huddle but you never know who might take a break, who might retire or just step away from the game,” noted Harten. “Hopefully no-one because I really believe in this team.

“We’ll wait and see over the next few days, maybe the next few weeks and months to see if people do want to take a break.”

With netball working in four-year cycles, the next will start in September under a new Roses head coach. From that point, the focus moves to the 2022 Commonwealth Games in Birmingham and then the 2023 Netball World Cup in Cape Town.

Neville, despite stepping away for a career break herself, shares the perspective of Harten when it comes to players continuing.

“I want them all to carry on to Birmingham! It’s only two years,” Neville said on the final day of the World Cup in Liverpool.

“I did say to them before I left this tournament that I won’t hear of anyone retiring, even though I did myself.

“They need a break [though]. A lot of these key players need to take this whole international season [coming up] out.

“We might have to take a few hits along the way but when we did that four years ago we saw the likes of a budding Nat Haythornthwaite, Beth Cobden, Jodie Gibson and Helen Housby start to flourish within the programme because they got more opportunities.” England’s captain Guthrie is one who needs some time to think about her future. Away from netball, the 29-year-old has a wedding coming up, she’s just bought a house and has had the pressure of leading a squad at a home tournament on her shoulders.

“I’ve not really made a decision yet to be honest. I think for me, I just want to focus on today and finishing off this World Cup with my mates and such an amazing journey,” Guthrie said on Sunday.

“I think that it’s about living in the moment and I’ll get home first and maybe start thinking about it.” 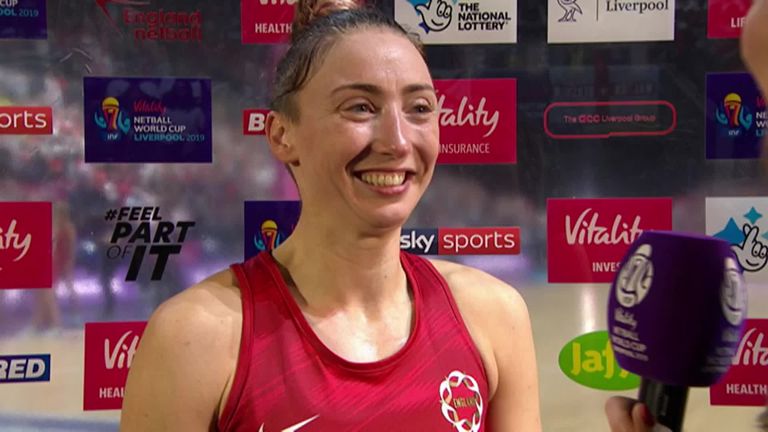 Over the course of the 10 days in Liverpool, and over the past 18 months, this Roses side developed an exceptional culture and a culture that must live on whether Harten gets her wish and the majority of their players stay, or not.

“The culture, the people, the girls – it’s one of a kind,” noted Chelsea Pitman during the tournament.

“Whoever comes into our Roses squad or gets elevated to being in the team, instantly knows what we’re about and are instantly swallowed into what we are.