Fournier is a close friend of British boxing legend Haye, who even managed and promoted him. 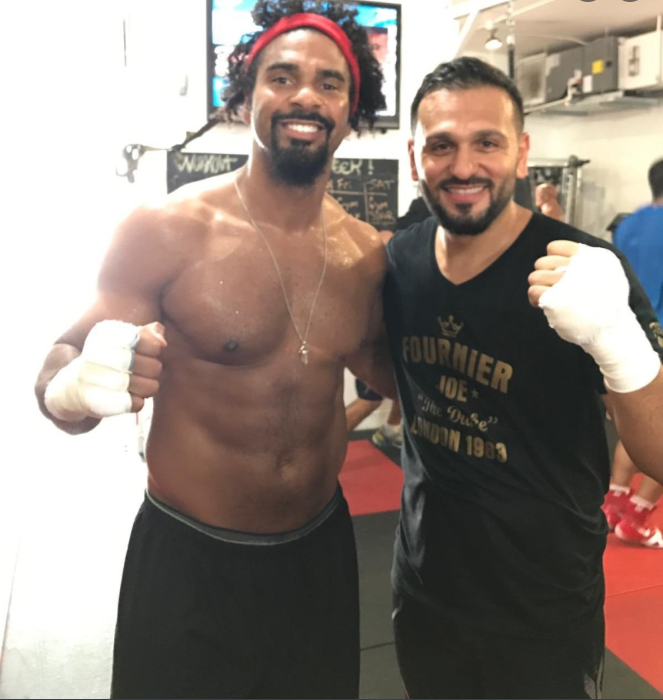 The millioniare nightclub mogul, who is 10-0 as a boxer officially having debuted in 2015, used to spar with the Haymaker.

And one such secret session saw Haye, 40, left with a suprising nose break, Fournier, 38, insisted ahead of their fight on Saturday night.

He told Switchbox TV: "About five years ago me and David were sparring a lot. I was his sparring partner, but nobody really knows that.

"I was the first sparring partner he used for his fights with Bellew because I was so light.

"He always gets his eyes back first so just does volume, then works on cardio and then he starts working with cruiserweights and heavyweights.

"So there was one occasion in Miami where I’ve hit him with a left hook and bang – broken nose – blood literally everywhere.

"Imagine if that was a 10oz glove without headgear, what would really have happened? You do think about it.

"He's going 70 per cent, I'm going flat out trying to survive but it's been six years I've been active and four where he hasn't and you have to think, this is a real match-up!”

Despite the pair's friendship and bond, an arguement in Mykonos over who would win currently has led to a fight being scheduled between them.

Haye, who retired after two consecutive losses to Tony Bellew, will make his comeback against Fournier over eight rounds.

And he refused to admit he was ever rocked in their prior sparring sessions, despite the bloodied nose.

"I think when he bloodied up my nose one time, he caught me with a shot, and it busted my nose a little bit. I think that’s his claim to fame.”