JOHN TERRY told a furious fan Chelsea defender Andreas Christensen 'should have got up' after his collision with Jack Grealish on Monday.

The pair came together early in the second half at Stamford Bridge with play allowed to carry on despite the Danish international staying down hurt. 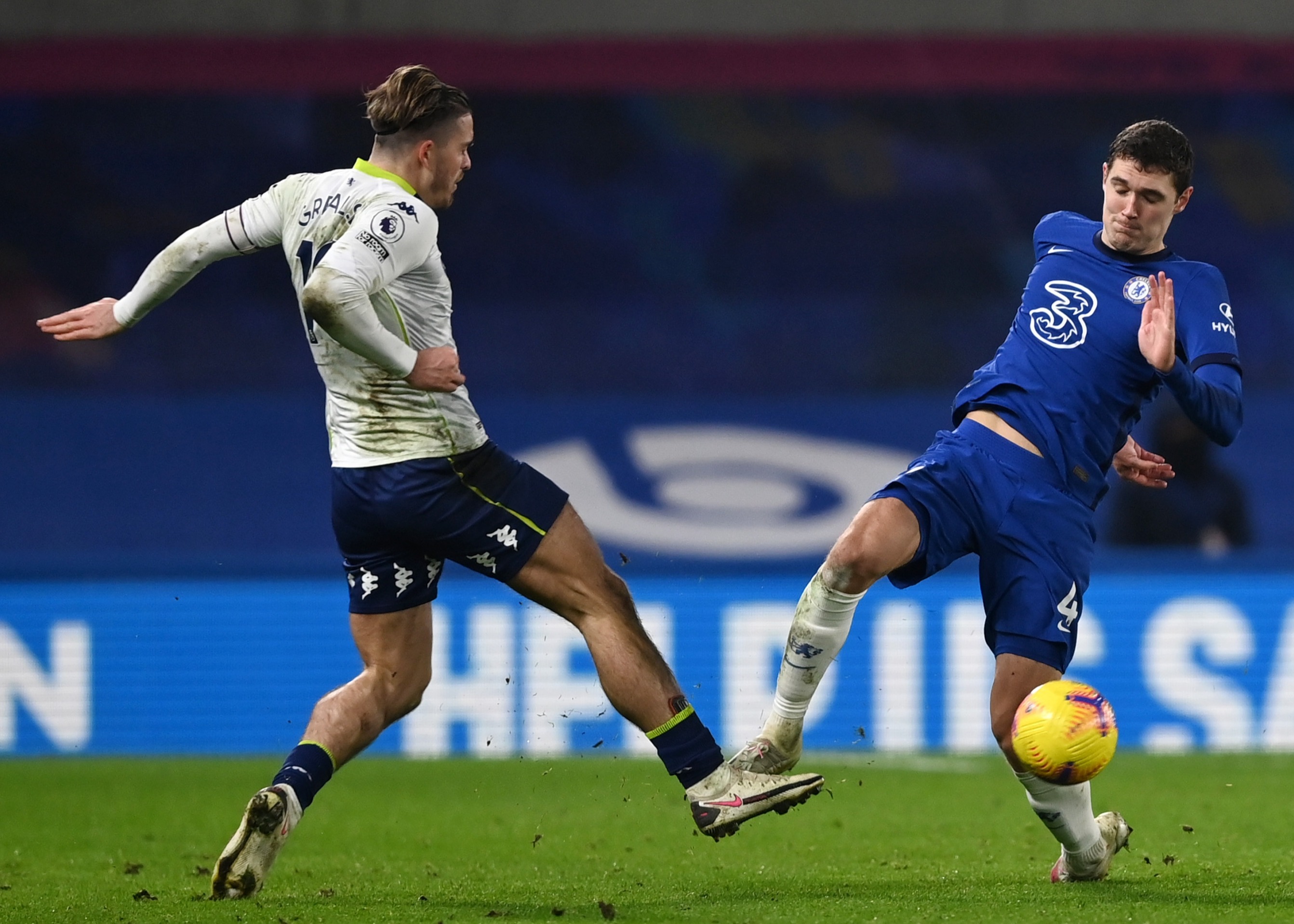 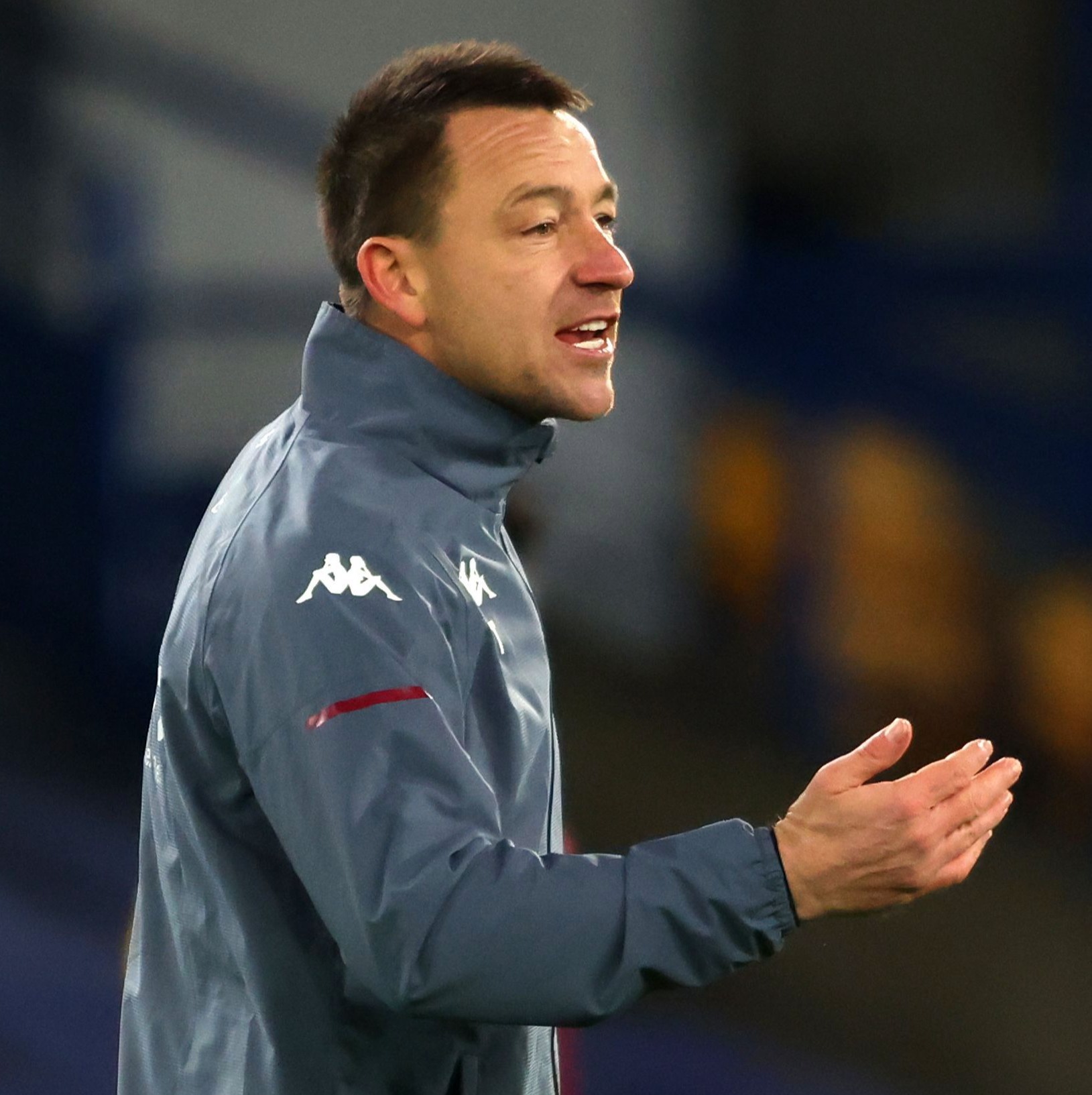 Before the ball went out again, Anwar El Ghazi volleyed home coolly at the back post from Matty Cash's cross to equalise for Villa.

The goal proved to be crucial as Dean Smith's side held on for a point, meaning Chelsea have just one win in their last six matches.

And Smith's assistant Terry – a legend at Stamford Bridge – hit out at his former team-mate and Blues centre-back Christensen, 24.

Sharing a video taken from the pitch inside an empty stadium, Terry wrote on Instagram: "Great to be back at the Bridge tonight @chelseafc.

"Another great performance in the space of 48 hours from the boys @avfcofficial. Rest & Recover now for our next game. @elghazi21"

One fuming fan commented: "You’d have been raging at that equaliser John. The sporting side of this game has disappeared."

But Terry, 40, made his feelings clear, simply replying: "He should have got up."

The response has received more than 2,450 likes as Terry's followers enjoyed their hero's honesty. 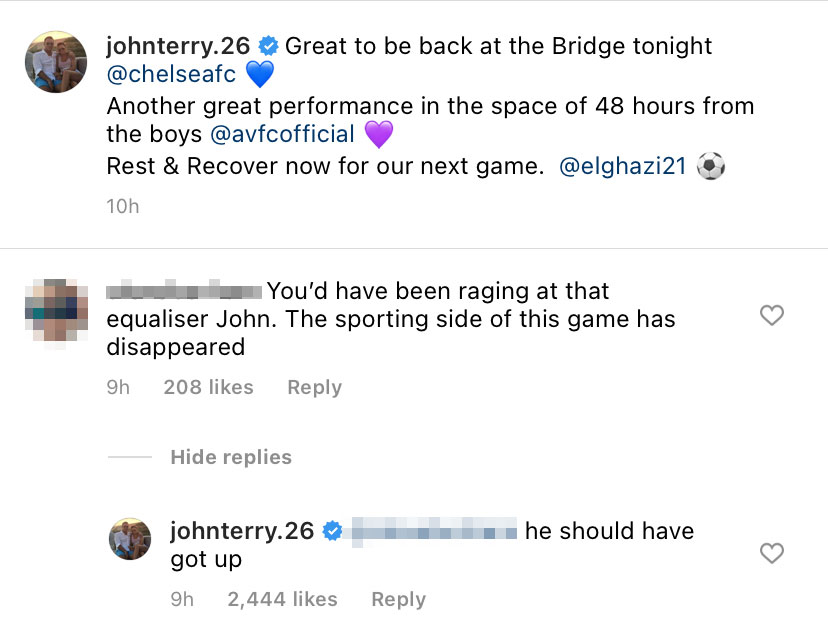 Former Premier League referee Mark Clattenburg believed the right decision was made over the Grealish-Christensen tangle with both players catching each other.

He told Amazon Prime Video: "Jack Grealish plays it off with his right foot and Christensen comes across to try to block him.

"Grealish does catch him with his left foot but Christensen's back leg also catches Grealish.

"I think both of them come together, therefore [I'd say] 'play on'. I'd say 'play on' is the right result." 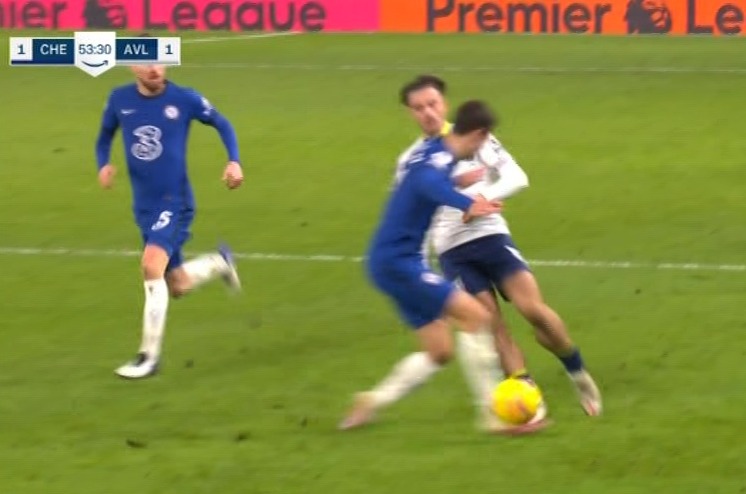 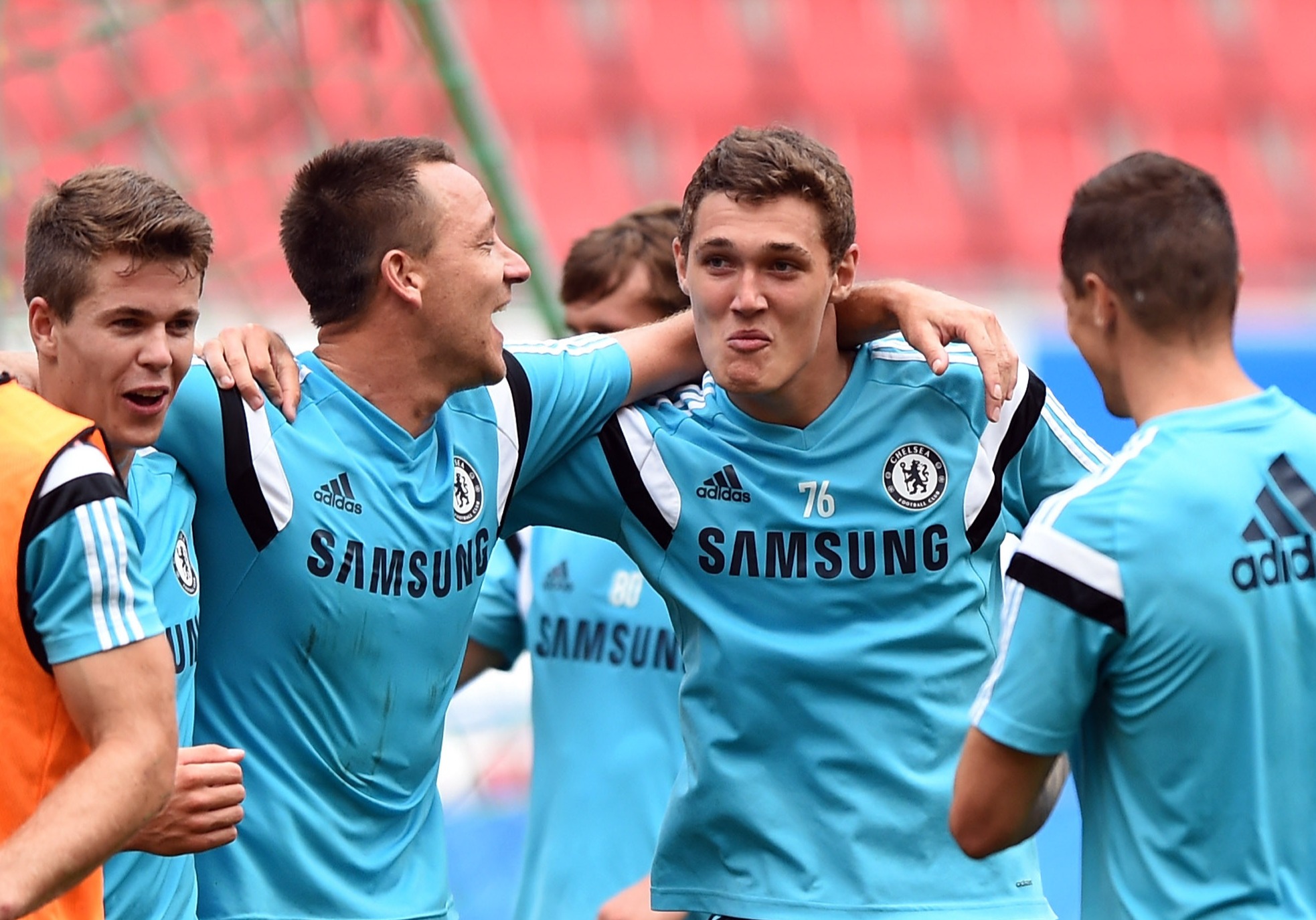 UFC Hall of Famer Mark Coleman, 55, suffers heart attack and drives himself to hospital as 'it wasn't my time' to die