JON JONES shared footage hitting the weights as he makes his transition into heavyweight.

The 33-year-old vacated the UFC light-heavyweight title in order to move up in weight. 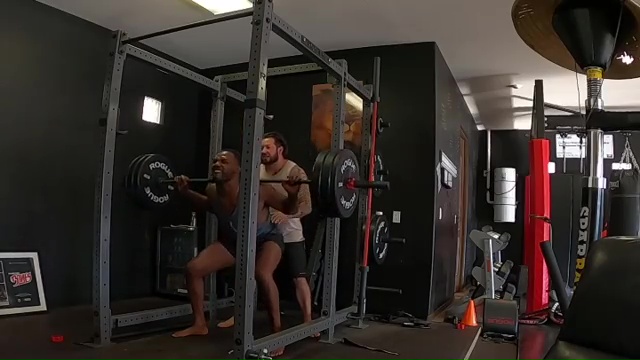 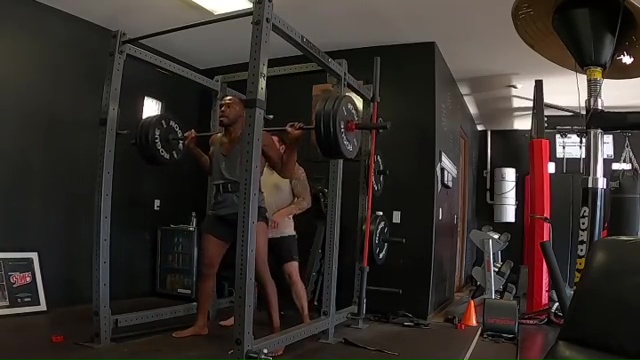 And Jones has been putting in the work to achieve his sensational body transformation.

He shared footage of his workout and captioned the video: "Slowly but surely."

Jones had been in line to face heavy-hitter Francis Ngannou, 33, in his heavyweight debut this year.

But chaos erupted after UFC president Dana White said the pound-for-pound legend wanted £25million to make the step up.

Jones flat out refuted those claims, instead insisting he wanted an advance on his regular £4m pay cheque.

The American then refused to fight again until his pay row with the UFC had been resolved.

Straight after Jones confirmed plans to move up to heavyweight and later dropped the light-heavyweight belt.

Jan Blachowicz, 37, and Dominick Reyes, 30, will now contest for the vacant strap.

Jones surrendered the light-heavyweight crown to begin his gradual move to heavyweight and allow for a new king to reign the 205lb division.

He tweeted: "I vacated the light heavyweight championship because I knew my heavyweight goals were going to take some time.

"I wasn’t going to play games with the contenders and make people fight interim championship belts.

"There’s little rest on the throne."