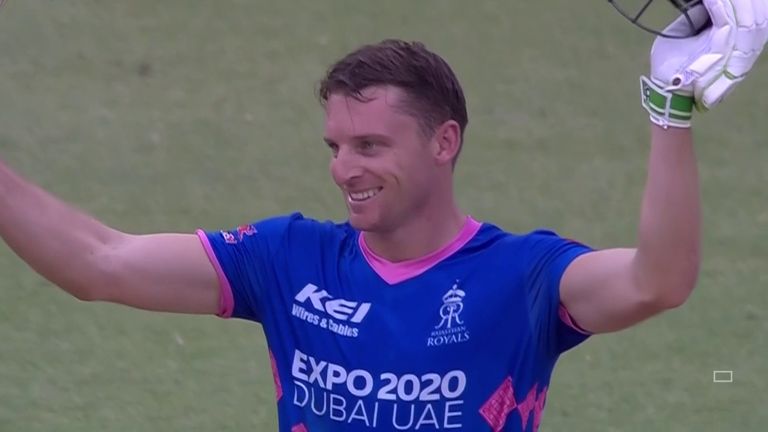 Jos Buttler smashed his maiden T20 hundred with a stunning 124 from 64 balls for Rajasthan Royals against Sunrisers Hyderabad in the Indian Premier League.

England batsman Buttler topped his previous best score in the format of 95 not out, with his pulsating innings in Delhi featuring eight sixes and 11 fours as he hit the highest score by an England player in the IPL.

Buttler reached fifty from 39 balls but then took only 17 more deliveries to get to three figures and scored 80 from the final 26 balls he faced as he hit a first ton in the 282nd T20 game of his career. 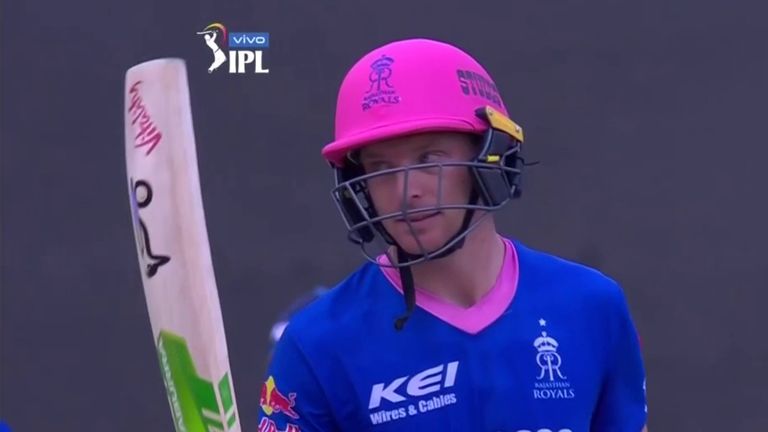 The 30-year-old’s highlights included taking Mohammad Nabi’s 15th over for 21 and blasting 24 from Sandeep Sharma in the 19th before the latter bowled him off an inside edge in Royals’ total of 220-3.

Buttler, whose top score in six previous innings in this year’s tournament was 49, said: “I really enjoyed it. It was great to spend some time out there and have some fun. I didn’t find it easy. I haven’t been feeling in my best form for a while now, so it’s been a bit of a struggle.

“You have to find acceptance sometimes that you are not playing well and to just find a way to hang in there. Sometimes I think I have been guilty of trying to get back into form too quickly and not given myself a chance. I managed to do that and got better as the innings went on. 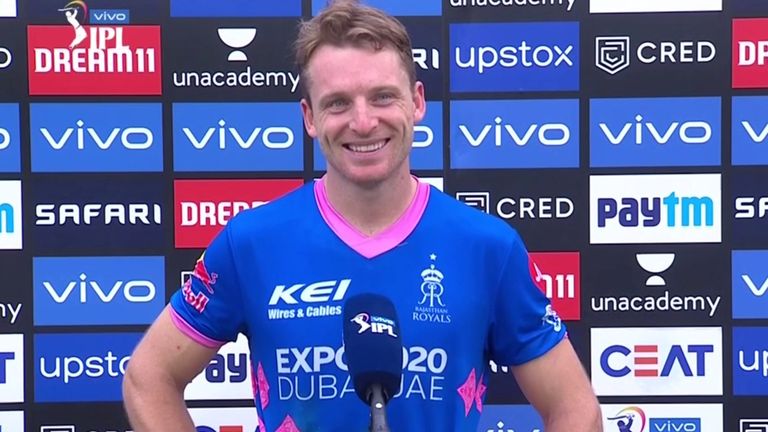 “I have spent a lot of my career in the middle order where hundreds aren’t necessarily as easy to come by. At the top of the order you get a great chance so I will finally stop getting Sir Alastair Cook saying he has got one more T20 hundred than me!”

Pietersen scored 103 not out for Delhi Capitals against Deccan Chargers in 2012, while Stokes – missing this season due to a broken finger – struck an unbeaten 103 for Rising Pune Supergiant against Gujarat Lions in 2017 and then 107 not out for Rajasthan Royals versus Mumbai Indians in 2020. 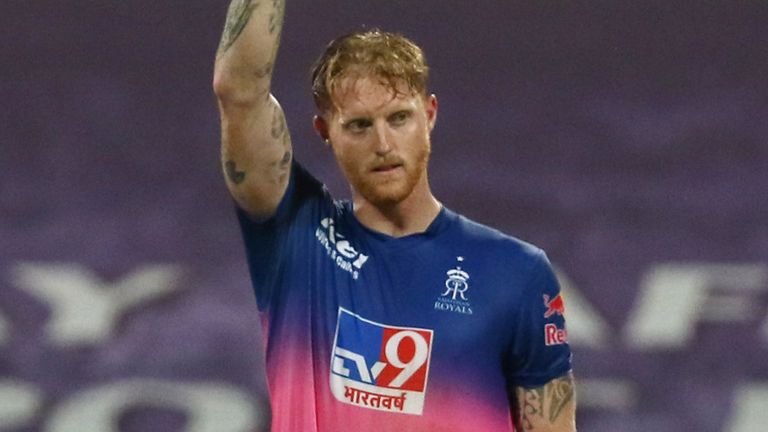 Bairstow, meanwhile, amassed 114 for Sunrisers against Royal Challengers Bangalore in 2019.

Buttler would have been trapped lbw on seven by Rashid Khan on Sunday had Sunrisers been able to call for a review – but they had shredded that earlier on looking to have Yashasvi Jaiswal out lbw.

Buttler made Sunrisers pay as his second-wicket stand of 150 from 88 balls with Royals skipper Sanju Samson (48 off 33 propelled their side to a massive total at Feroz Shah Kotla, the same venue where 437 runs had been scored when Mumbai edged Chennai Super Kings in a last-ball thriller on Saturday night.

Sunrisers are now captained by Kane Williamson, with David Warner having been axed as captain and then left out entirely against Rajasthan.

When are football fans allowed back into stadiums?