Josh Warrington returns to the ring on Saturday

Suddenly Josh Warrington is on his feet. “In 10, 20, 30 years time people might say to my girls ‘you won’t remember this because you were only kids but I went to Las Vegas to watch your dad box’,” he says, pressing his index finger into the table in front of him.

“That’s what it’s all about. It becomes folklore. ‘Those memories, Josh, you made that happen’. That’s what I do this for.”

That conclusion on his current raison d’etre comes after more than half an hour of a quiet, considered and sometimes jarringly honest appraisal of his 11-year career as a professional which, he admits, could be entering its closing stages.

Warrington returns to the ring for the first time since his two-round destruction of Sofiane Takoucht way back in October 2019, before Covid-19, before lockdown, before he resigned with Eddie Hearn and before decided to vacate his IBF featherweight title.

“I think I still know how to do it,” he smiles. “Ask me on Sunday and I’ll tell you if I was right or not. 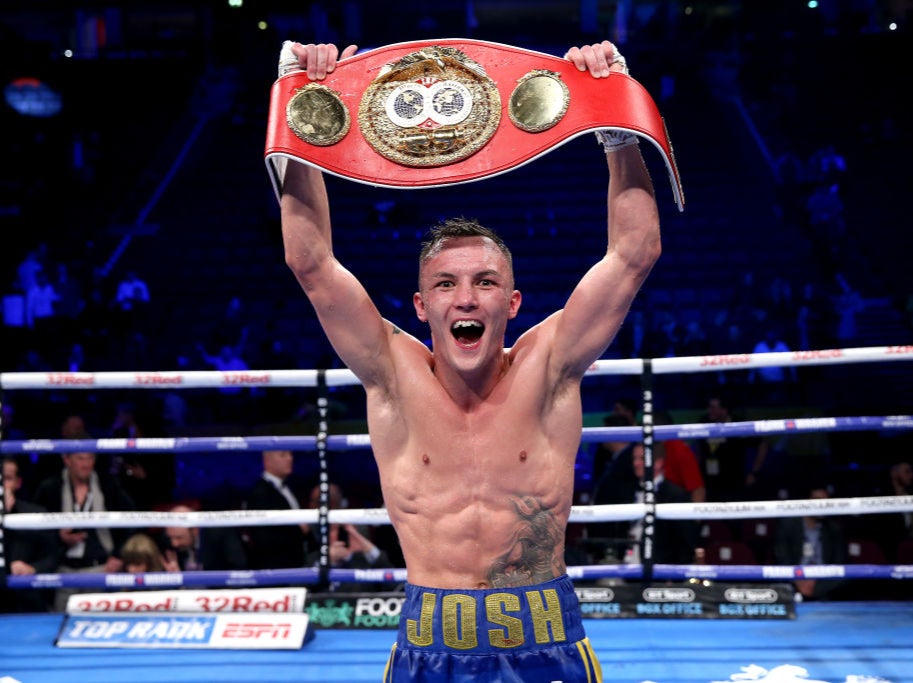 “It’s been a while since I had the pre-fight nerves and everything else. The feelings and emotions. Everything physically I’ve done in the gym, there’s nothing more than can be done, but now it’s just the mental side. But that is a battle in itself.”

So too was lockdown. For the first time the 30-year-old ‘Leeds Warrior’ had an ultimately frightening glimpse of life after boxing.

“In that first lockdown nobody even knew when sport would return,” he says. “That was the first time in a long time that I’d just been at one. Kinda like zen. I was in the room and in the moment.

“Right there and then I felt quite human. I might even watch something normal on TV, go to the shop and buy a paper. But by the summer I realised how much I missed it.

“All throughout my teenage years, through my 20s and now into my 30s all I’ve known is boxing. When all of that comes to a halt, and it will come eventually, how am I going to cope with that? It petrifies me.

“In lockdown I had a little taste of it and it scared me. So now I’m enjoying all these moments and it made me more determined to achieve all that I wanted to achieve. This game is not like any other.”

However, after dedicating the majority of his life to the sport so far, Warrington is acutely aware that there is only so much more his body can take. The pandemic may have nudged his plans back a year but the father of twin daughters, who turn three the day after his tangle with Lara, appreciates The End Game is nearly in sight.

He says: “When I signed with Eddie [in February 2020] I was thinking ‘maybe I’ll have another five fights and then see where I am’. Financially I’d be ok, I would have achieved everything I wanted and I could retire from the sport on my terms.

“When I had kids I started thinking about how much the sport can take from you. I don’t want to get to a stage where they’re having to wheel me to the park or they are saying ‘dad you left your keys there you doughnut’ because I can’t remember anything. I’m wary of that, I’m getting punched in the head for a living, three times a week for 12 rounds solid against other trained fighters.

“I want to be in control of when I get out. I started having these thoughts when I had my kids, it was an idea because me and my missus want to have more kids but I won’t have any more until I’m retired.

“This might make me sound like I want to get out but it’s far from it. I’m obsessed with the sport and if I wasn’t a dad I’d go until I was 45. I love the sparring in the gym, to know at some point all of that will end, I swear to God, it petrifies me.“I remember speaking to AP McCoy about it. He just said ‘you’ll miss it mate, there’s nowt like it’. When he was saying it he was looking straight through me, he was back on the horse.

“Who knows what I’ll do, maybe there will be something out there for me, but it does all come down to having a plan. The plan all gets ruined if I don’t do the business. The business for me is this Saturday.” 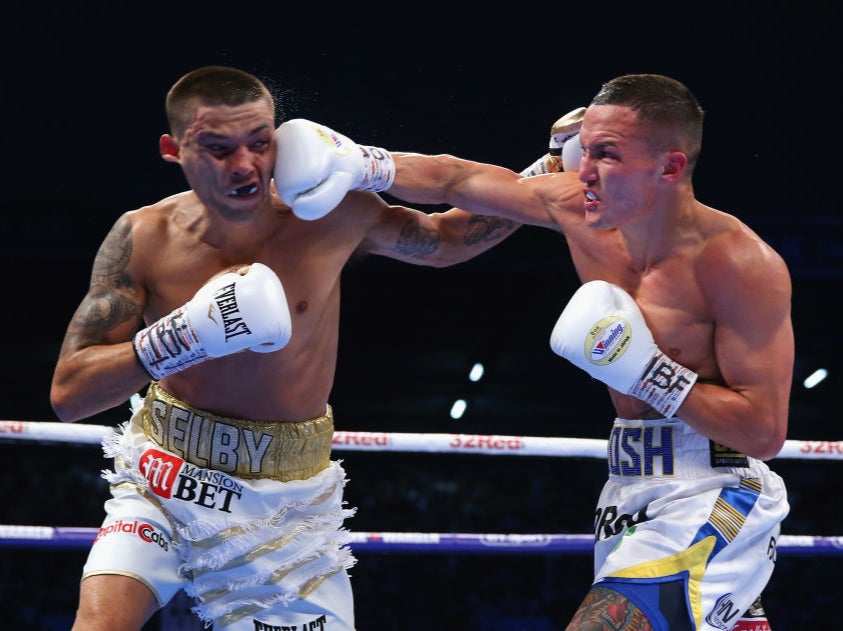 That is when Warrington will take on little-known Mexican Mauricio Lara at the Wembley Arena, just over the road from the hotel bubble from which he currently speaks. Eyebrows were raised when he decided to vacate his IBF ahead of the fight meaning there is no longer a belt to defend but he is adamant the decision will pay off in the long run.

He believes it will free him up to pursue fights against the likes of Chinese world champion Can Xu and WBC king Gary Russell Jr. Whoever it is, Warrington hopes he is able to address that one particular ‘itch’ before he hangs them up.

“I was there in Vegas watching Carl Frampton’s fans walking down the strip before he fought Leo Santa Cruz,” he says. “I think he took 5,000 of them. All of them at the MGM, at the weigh-in, singing the songs, wearing the shirts. For me to be able to do that for my fans, I would fucking love that.

“The cab drivers over there still talk about Ricky Hatton. ‘Man when you guys came over, Ricky Hatton fans’… ‘are you guys from Manchester?’ No mate I’m from Leeds, it’s just down the road.

“But Vegas… that’s the itch for me. I turned into a fan when I want to watch Frampton. I bought a t-shirt, a programme, I was walking through the casinos looking at pictures of Carl Frampton’s face on blackjack tables.

“To say that I could do that would be everything. The way I look at life is beyond material possessions. It’s about memories. It’s about having a good time and I think that would be a right time. Even if I got knocked out in the first round I could lie back on the Sunday and say ‘Vegas? Clocked it mate.’”

Cristiano Ronaldo, Lionel Messi and Neymar all have their own private jets… but who owns the most expensive?