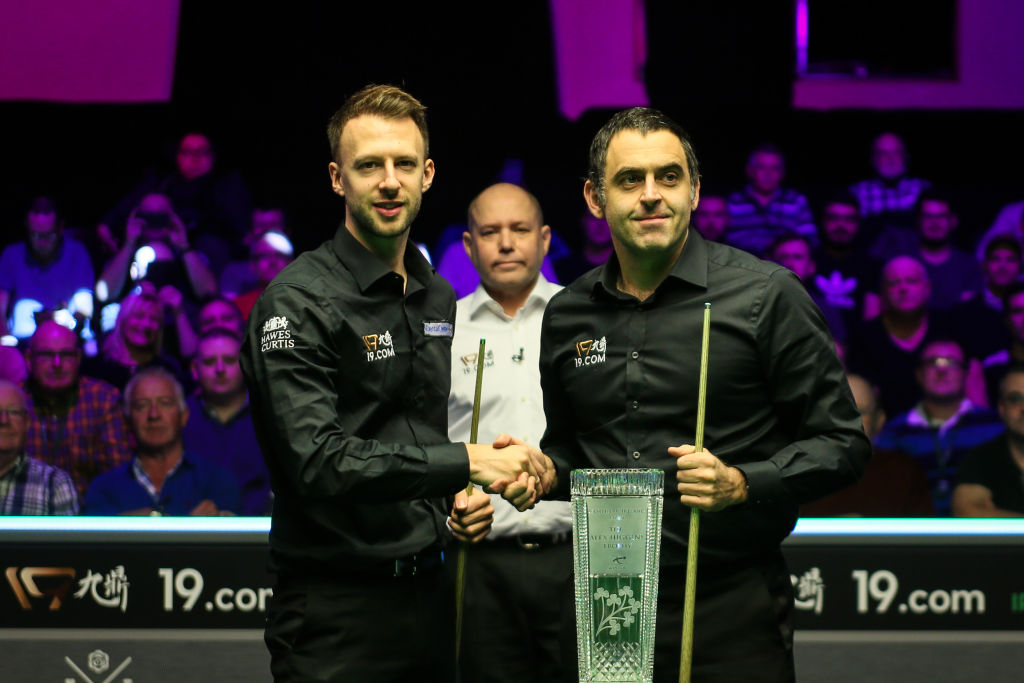 Judd Trump says playing Ronnie O’Sullivan is ‘not like a game of snooker’ but he relishes the challenge of the ‘argy-bargy and mind games’ that come with taking on the Rocket.

The world number one has an excellent record against the six-time world champion, winning his last three matches against O’Sullivan to give him a winning record in the head-to-head.

Trump has won five of his last six meeting with the Rocket, including the Masters final and three finals of the Northern Ireland Open, and says facing O’Sullivan in showpiece matches, in front of rowdy crowds is ideal for him.

Facing the sport’s most popular figure in front of a full house would be intimidating for many, but Trump loves the challenge, which is unlike anything else in the sport.

‘Whenever there is a crowd in town – it hasn’t been the same for the last 18 months – you want to play Ronnie because the atmosphere is different class and everyone gets behind him,’ Trump told Sporting Life.

‘For me, that spurs me on to go out there and shine and take away his fans. I know it’s going to be a bigger audience when Ronnie’s around, so for me it’s an extra chance to show what I can do.

‘He really feels like he owns the table and it can be quite difficult to play against. His mannerisms and everything, he’s quite in your face; it’s not like a game of snooker, there’s a bit of argy-bargy and mind games going on at the same time. It’s a massive match-up.’

Judd and Ronnie have met just once on the biggest stage in the game, with O’Sullivan winning 17-11 in the semi-finals of the 2013 World Championship.

Trump has gone on to great success since then though, winning the world title in 2019, and fans would love to see the two biggest draws in the game currently clash once again at the Crucible.

Both Trump and O’Sullivan are entered into the Championship League, starting on Sunday, with the world number one not playing till 6 August in Group One, while the Rocket is in action on 20 July in Group 32.

Participation is not confirmed yet, but both are expected to be playing in the British Open in August and could face each other at any stage with a random draw being made at the end of each round.

There will be no seedings in the tournament that boasts a top prize of £100,000 so top players can meet at any stage at the Morningside Arena in Leicester.