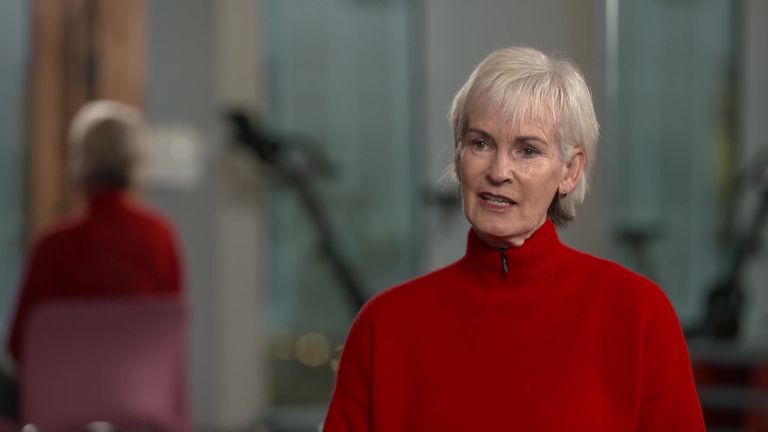 Judy Murray discusses being forgotten at the London 2012 Olympics and how it made her feel like, as a female coach, she did not matter during the new episode of Rise With Us on Sky Sports.

Murray has always been incredibly passionate about improving the gender balance within tennis beyond what’s seen on court.

Previously, as part of the Driving Force series on Sky Sports, she recalled having to develop a ‘thick skin’ when she was the national coach of Scotland and the frustration she felt back then.

On one occasion, her coaching and the work of her players, was dismissed outright after a lengthy presentation. Despite having taken a small number of children and created some of the best juniors in the world in ten years, the conclusion was that they ‘weren’t interested in junior grand slam champions, only grand slam champions’.

It was an incident which left her seething and she believed that part of the instant dismissal came because she was a woman and a mum to two of the players.

Judy Murray about leaving her role as Scotland’s national coach

The reason that I left the job was an enormous frustration. From my starting point ten years ago with just this batch of little kids, we had some of the best juniors in the world and I still couldn’t get anybody to believe in me or the players or what I was trying to do.

Now, during the second episode of a new Sky Sports series, Rise With Us, she recalled another instance where she believes she had to rise above a display of sexism in coaching.

“The thing that always springs to mind was the Olympics in 2012,” Murray told Hannah Wilkes during the episode.

“I remember going to the team house, which was very close to Wimbledon, a couple of days before the event with the team to pick up the kit.

“Everything was laid out in piles with players’ names on them… there were piles of kit for all of the coaches, physios, fitness trainers, the male players and the female players.

“I walked around the whole thing and realised that there wasn’t one for me, there wasn’t a pile with my name on it. So, I took my time and asked the guy who was the team manager, where my kit was. The look on his face said that he’d forgotten about me.

“He then said that and that he didn’t have any [kit] for me. At first, I thought that he was joking and then I realised that he wasn’t.

“Every sport had its own kit so there weren’t spares around. I managed to get a vest top from one of the girls, a small men’s tracksuit top which was like a golf jacket and I wore my own tracksuit trousers.

What that made me feel like, again, was like I didn’t matter, and I wasn’t important. It wasn’t in their psyche to think of a female coach. I really sucked it up for the sake of the team spirit; I didn’t want the girls to see a row or anything like that going on.

“Internally, that was an incredibly tough thing for me and just another example of men seeing things with men’s eyes and not being used to having women in their workforce.

“It was such a massive moment in my life, to be the captain I wanted to look the part along with the girls and I couldn’t.”

Take that first step, and if you’re afraid to take the first step on your own, find somebody else who feels the same as you and take that step together. There’s a security in that there’s someone who has got your back.

Nine years on, Murray believes her response would be very different now and that she would have decided to take a stance on the matter.

“I would be very different now – I was very new into that job and it was my first full year in that role.” she said.

“Obviously I was still getting to grips with it and trying to prove myself. I was just so excited to be part of a home Olympics, I never imagined that I would have the opportunity to do that.

“Now, with the experience that I have, the confidence I have and being used to speaking out, I would absolutely go to town on that.

“It wasn’t the right time to do that, then but I should have done something after the event and I didn’t. If it happened now, I wouldn’t miss.”

Rise With Us is a new series available to watch on Sky Sports, stream on the Sky Sports YouTube channel, and can be listened to in podcast form. Watch Judy Murray’s episode on Tuesday at 8pm on Sky Sports Mix.

Man Utd in transfer hunt for Edinson Cavani and Luka Jovic… but who is best value with wages, fees and stats compared?