BAYERN MUNICH boss Julian Nagelsmann arrived at training on a SKATEBOARD much to the amusement of fans.

But the 34-year-old's unique journey to Bayern's Sabaner Strasse facilitywasn't far enough for some users on social media. 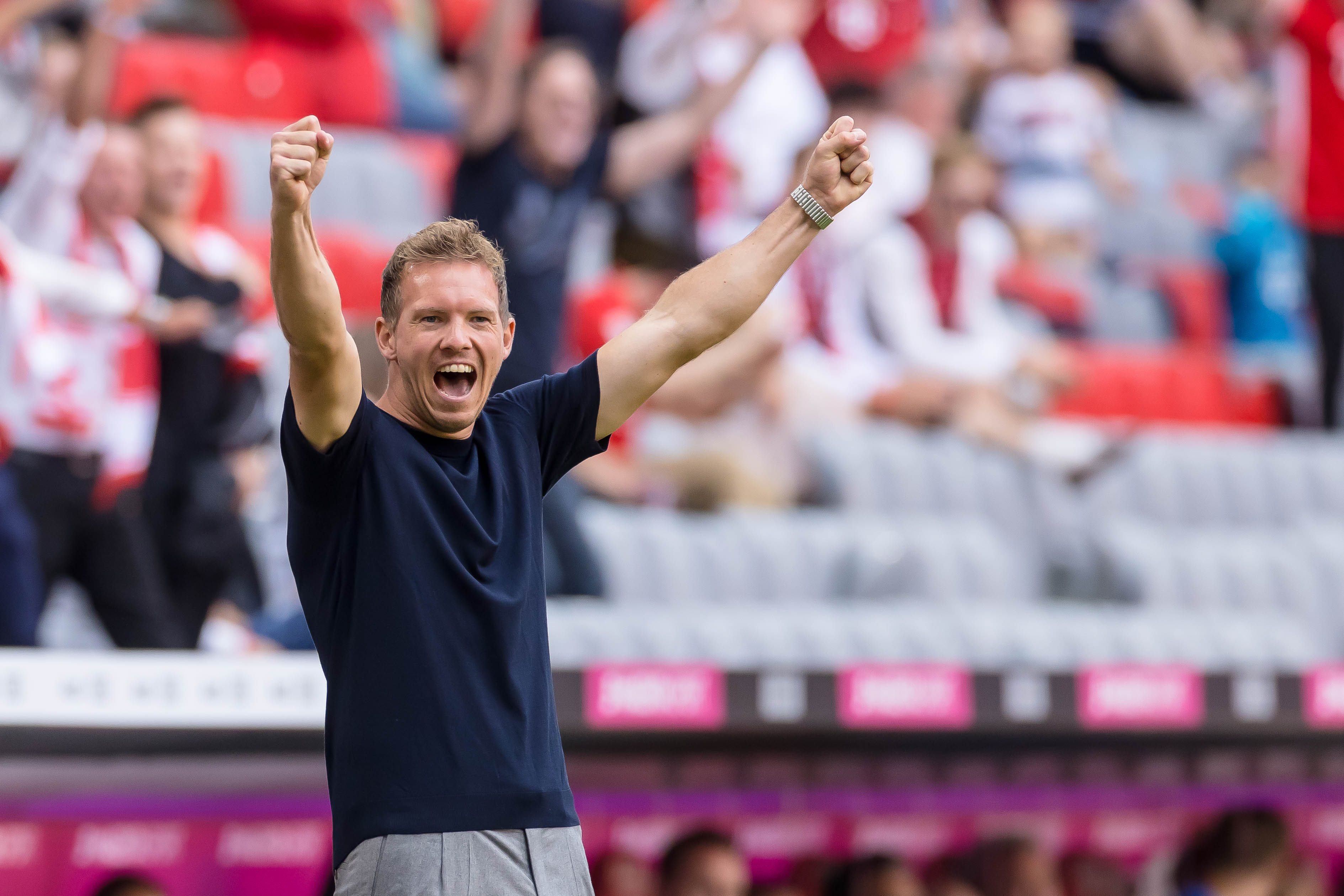 Supporters of both Manchester United and Manchester City demanded that the German used his skateboard to make his way to the Premier League instead.

One user bluntly wrote: "You need to come to Man Utd."

While another took a swipe at United's current boss Ole Gunnar Solskjaer, who they felt could never be as cool as Nagelsmann and said: "Ole can never pull up like this," with a crying face emoji.

And City fans also chimed in on the debate and pleaded for the ex-RB Leipzig boss to make his way to The Etihad instead.

Pep Guardiola announced he's leaving the club when his contract ends next season, and some fans reckon Nagelsmann would be the ideal replacement.

One City supporter said: "After Pep come to Man City."

Some even took the Nagelsmann praise a step further with one writing that he's a better boss than Guardiola – with the post getting more than 300 retweets.

Nagelsmann nearly joined the Prem as Tottenham boss before he joined Bayern earlier this year.

Ironically the Bayern boss, who is the youngest German coach in Bundesliga history, has been given the nickname of 'Baby Mourinho' because of his early start in the game like the Portuguese native.

And a move to the Prem could be on the card one day as Nagelsmann previously refused to rule out a switch to England in the future.