KALVIN PHILLIPS changed his England shirt at full-time to pay tribute to his late Granny Val after helping the Three Lions to victory over Denmark.

Gareth Southgate's side booked their place in Sunday's Euro 2020 final with a 2-1 victory over Denmark after extra time at Wembley. 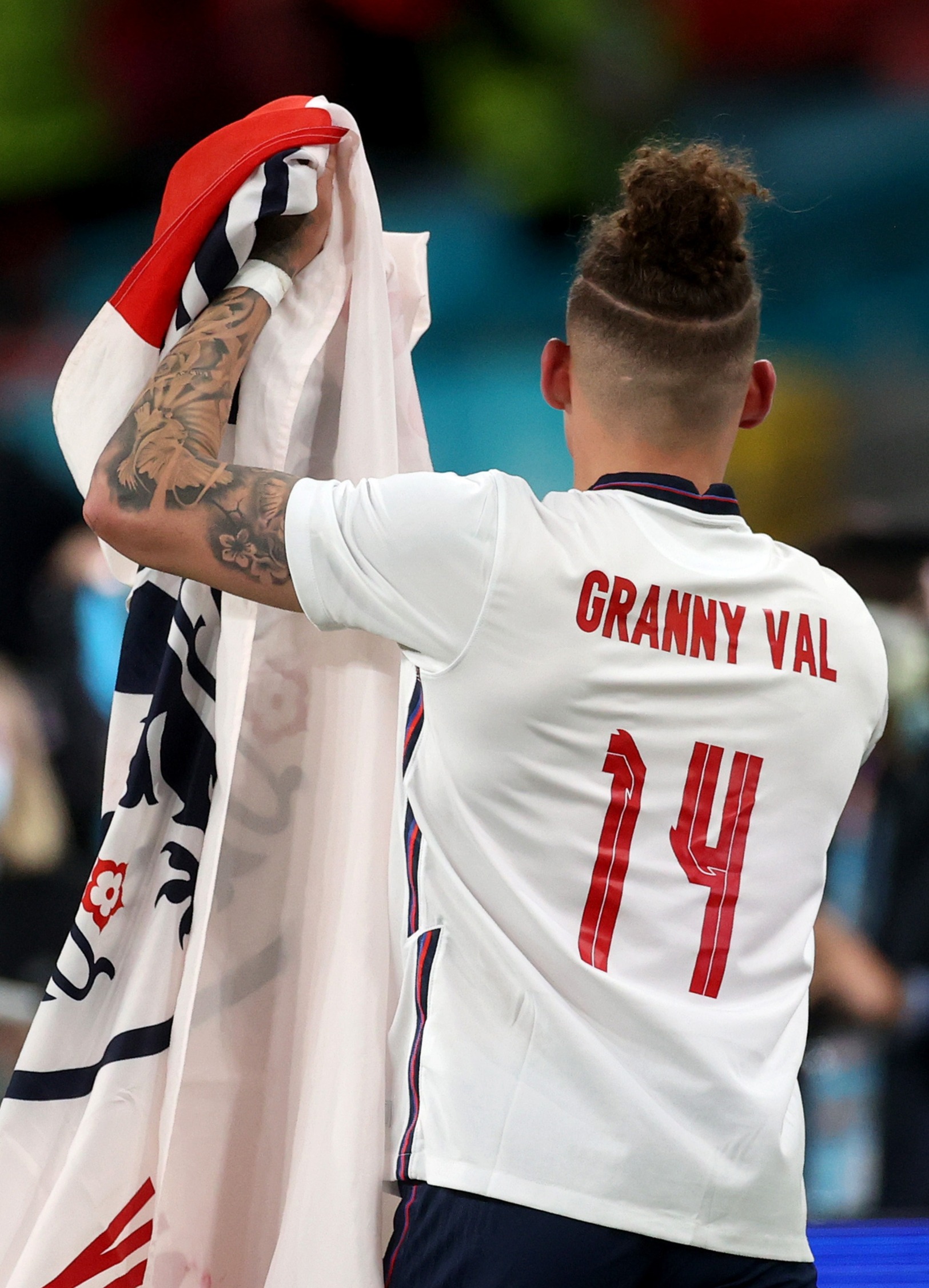 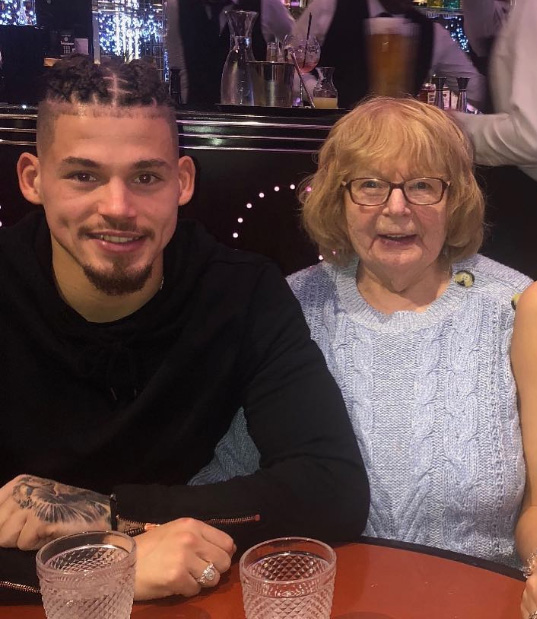 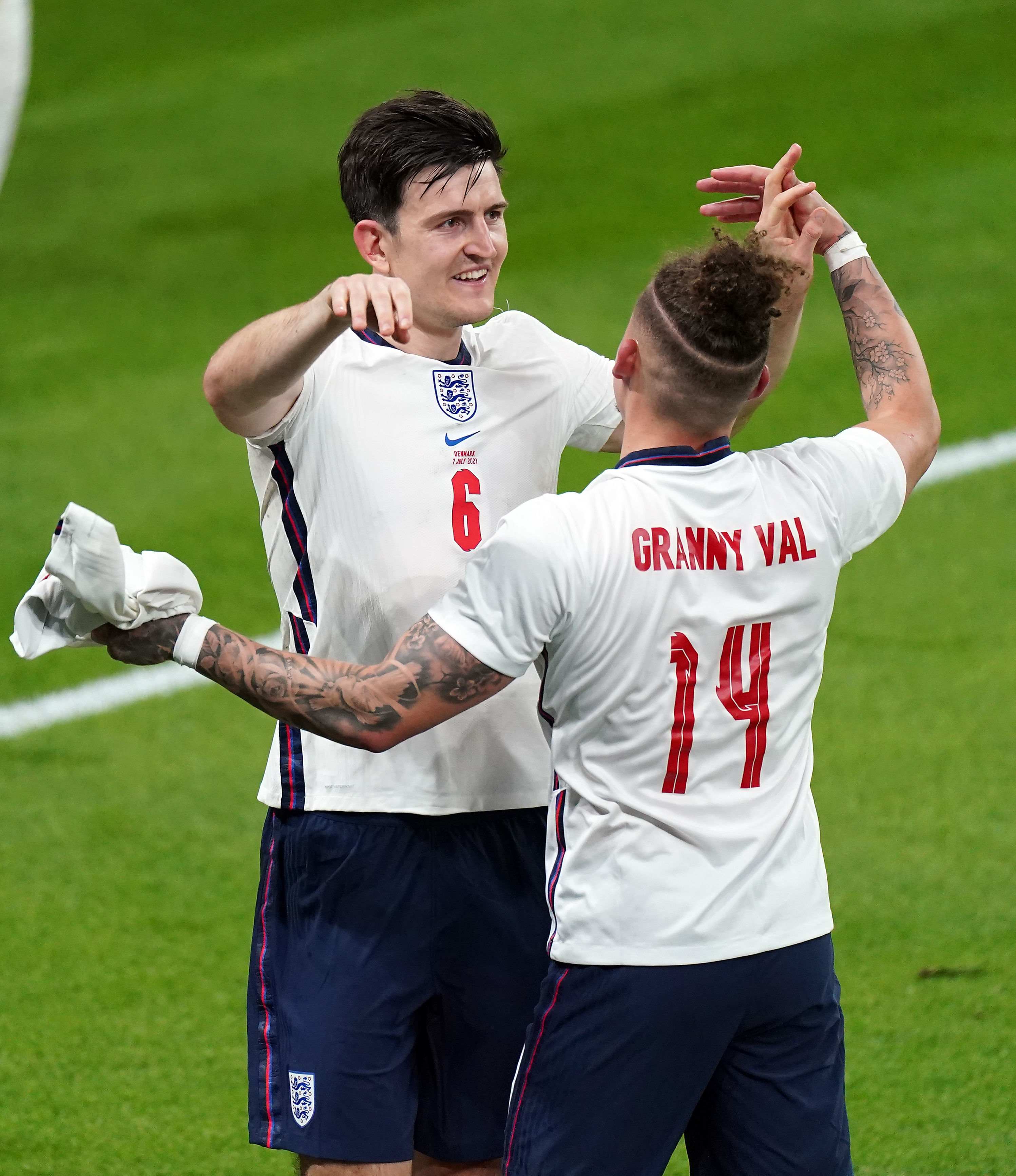 Phillips, 25, played the full 120 minutes at the heart of the Three Lions midfield.

And after his big shift, he paid tribute to his late grandma.

The Leeds star lost his beloved Granny Val to Covid-19 in February.

But thanks to Phillips, she will never be forgotten.

Following the final whistle, amid the celebrations, he changed into an England shirt with 'Granny Val' printed on the back above his No14.

Val Crosby played a big part in Phillips' career, and also featured in Amazon Prime's Leeds documentary during the 2018-19 season.

Phillips has also worn her name on his boots during this summer's tournament.

He told ITV earlier in the competition: "She was very caring, she's very nosy, but she was a lovely, lovely woman. 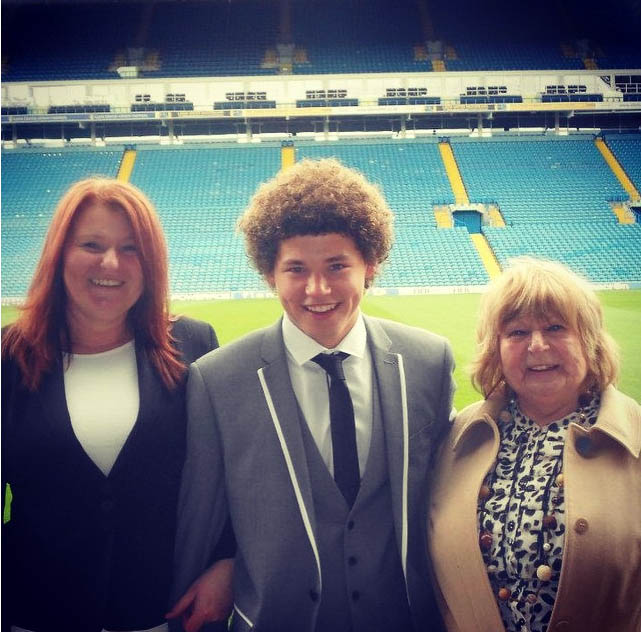 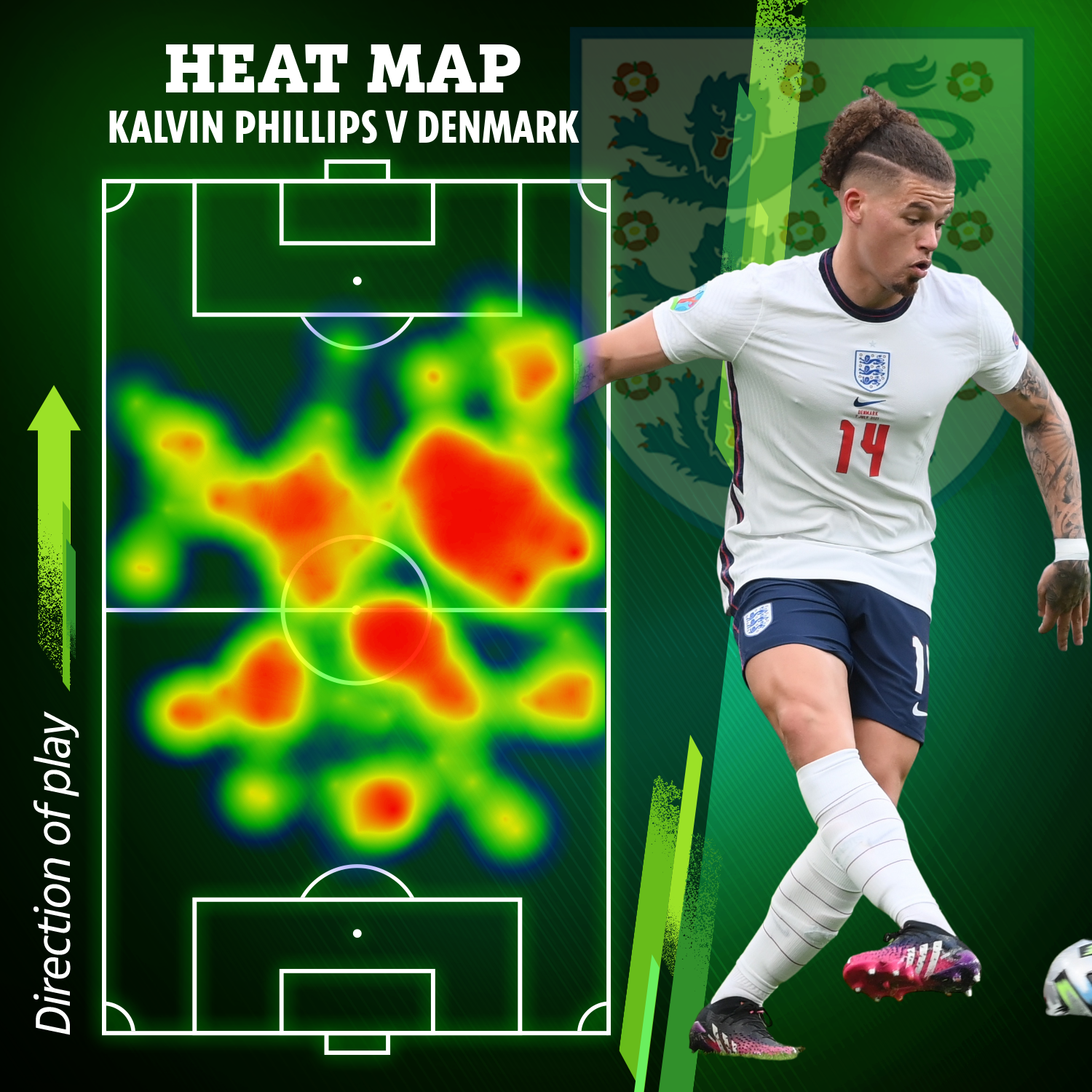 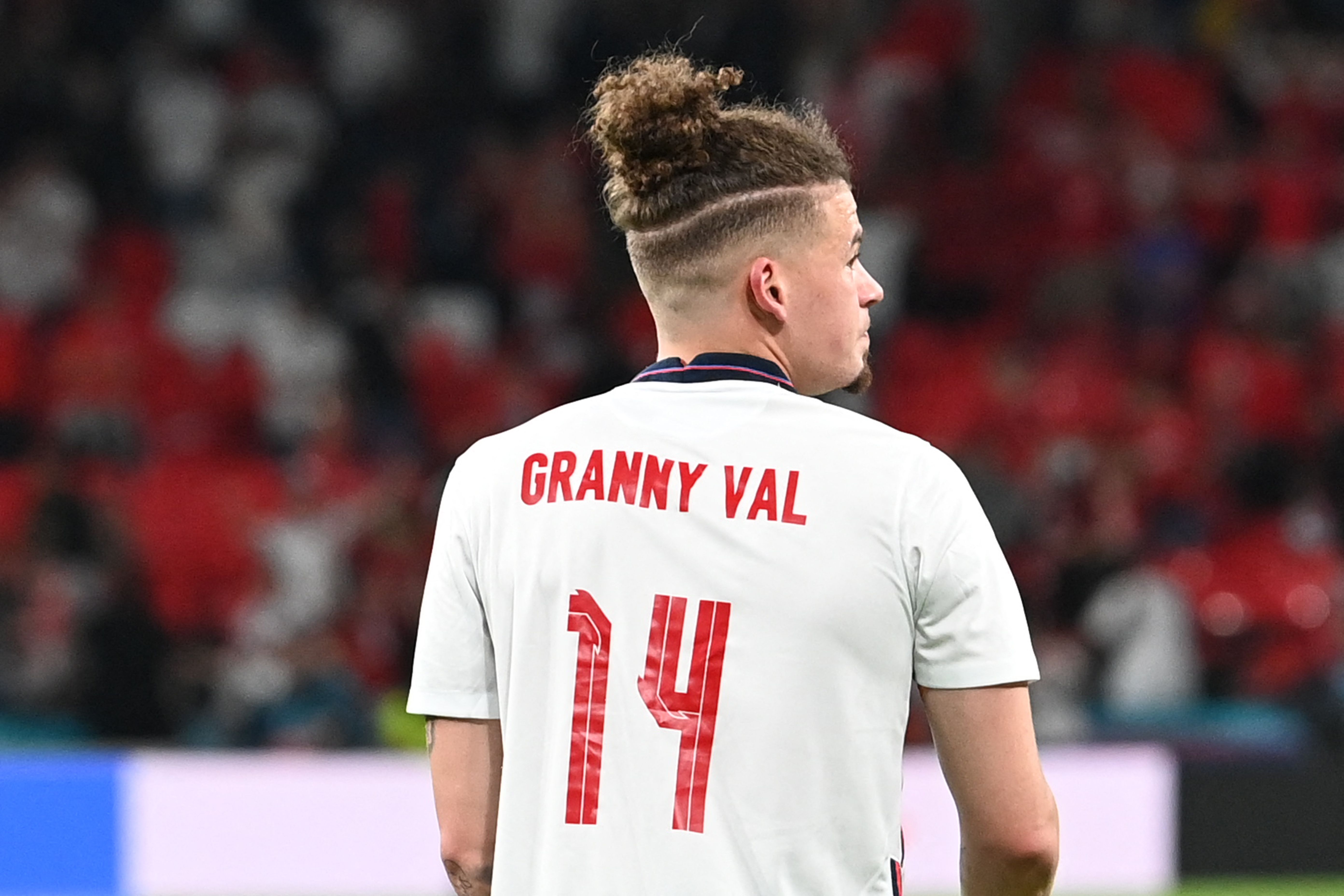 "She'd be saying 'don't let it get to your head and make sure you do just as well in the next game'.

"She always listened to it on the radio and then would ring me five or six times after the game, ask if I'm alright, ask how I played, if I did something wrong."

ITV pundit Ashley Cole said: "It was brilliant to see these fans here, the families are here, the players are celebrating singing that great song, it’s just wonderful.

"I had to get Kalvin Phillips here and say big respect, I think he’s been tremendous in this tournament, so solid and integral in this England team."

Phillips is likely to start on Sunday, when the Three Lions face Italy in the Euro 2020 final at Wembley. 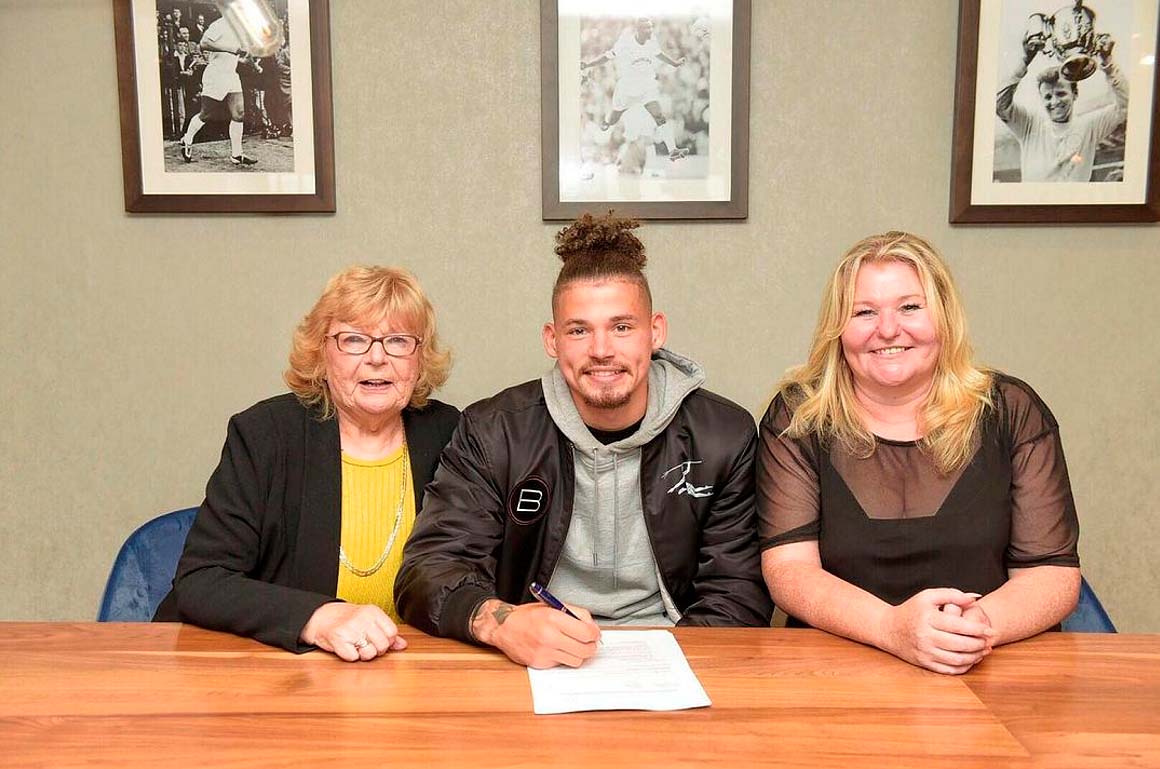 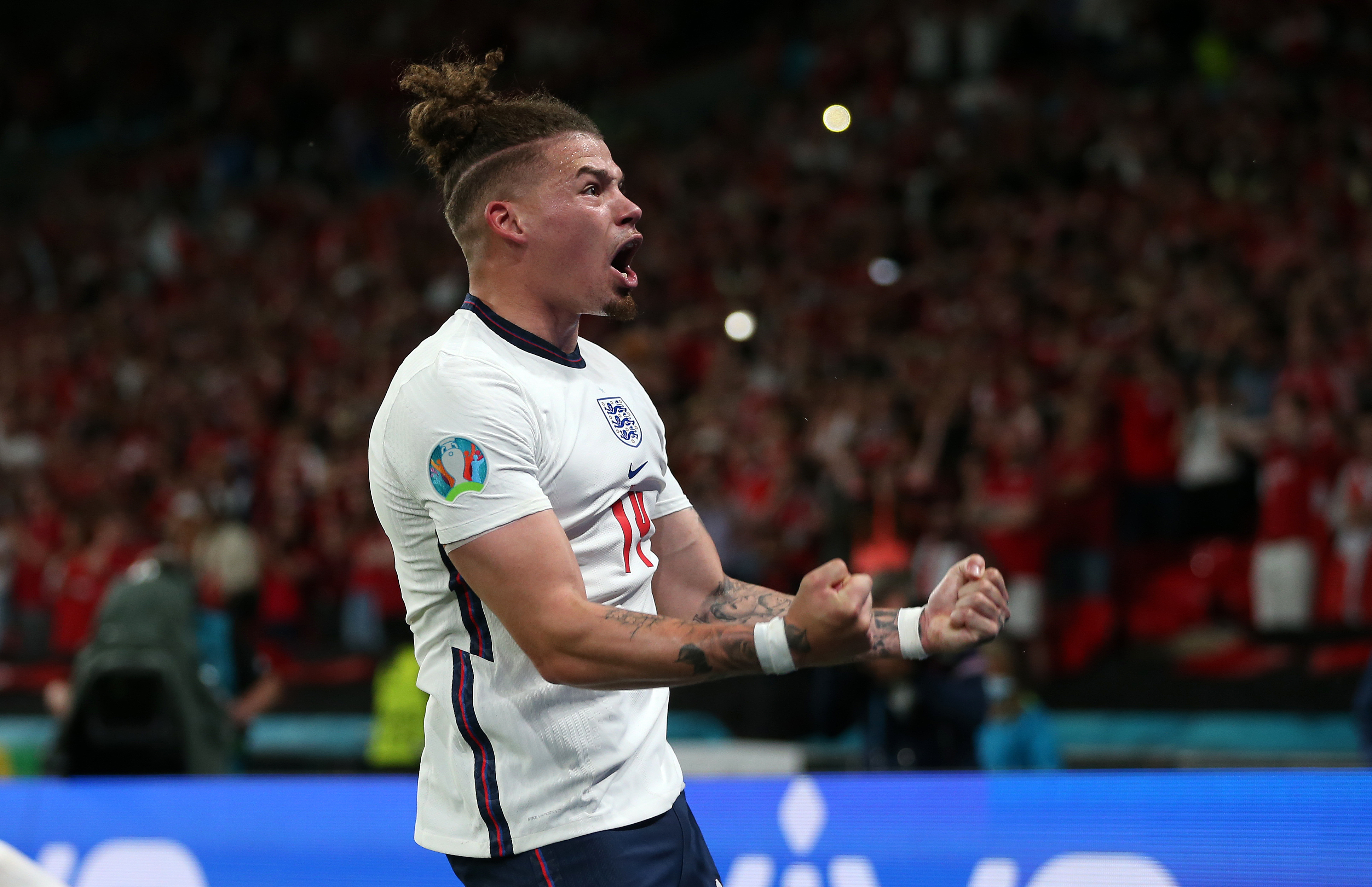