BARCELONA forward Kevin-Prince Boateng admits he was so shocked at the move he thought his agent had made a mistake.

The Sassuolo loanee, 32, joined Catalan giants Barca in January with an option to make the move permanent. 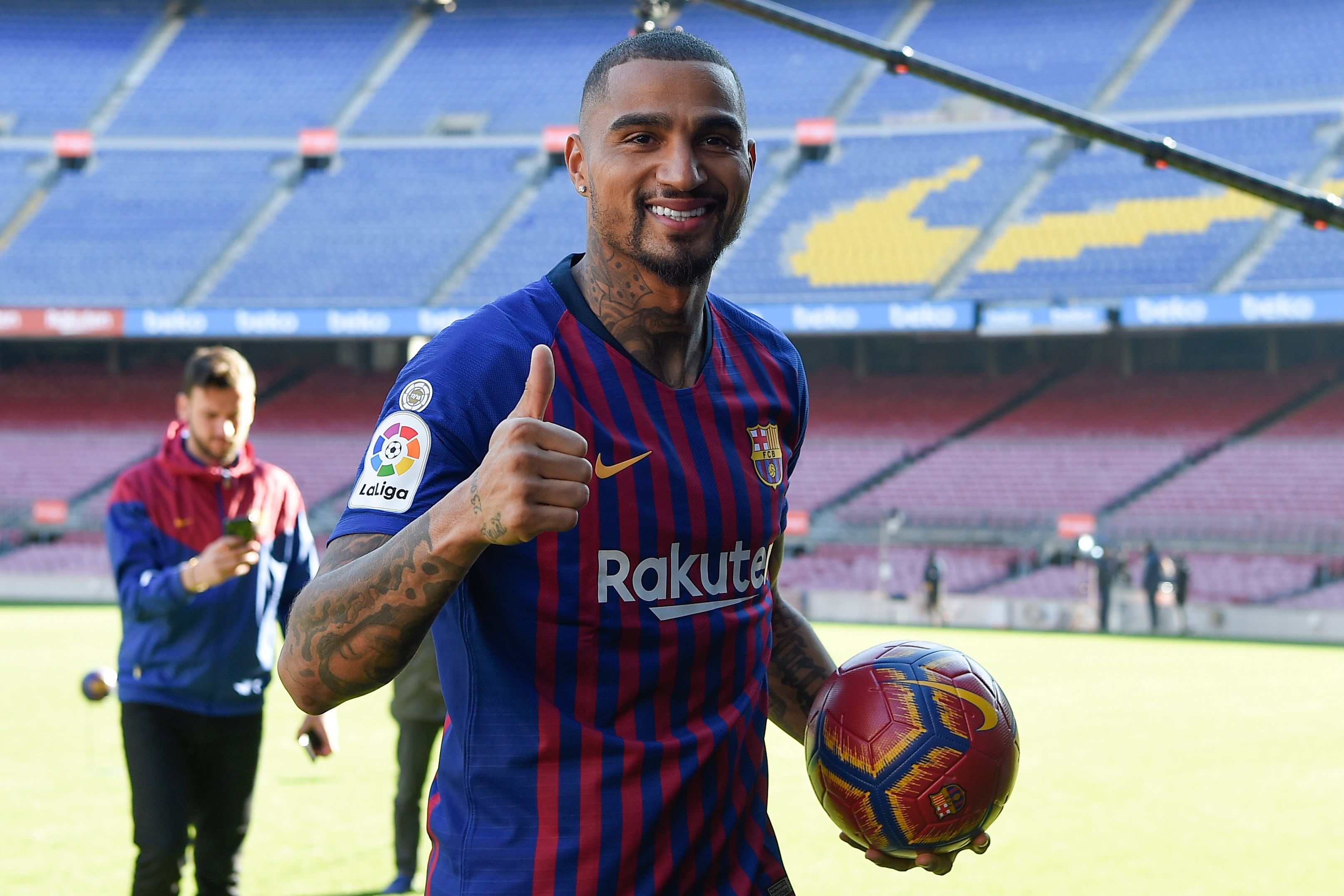 And he revealed his first impression is that he must be off to neighbours Espanyol.

Boateng told Goal: "[The transfer to Barcelona] went also very fast for me. I just have the best agent in the world.

"He called me one day and said, 'You have to play well against Inter, someone is watching.' But he didn't tell me who is watching.

"Even Roberto De Zerbi, my coach at Sassuolo, came to me before the match and said I had to play well because the game was very important. So I had pressure from all sides.

"But under pressure I play best. I was the best man on the pitch and after the game my agent came to me and said, 'We're going to Barcelona!'

"I thought he meant Espanyol. But he immediately said, 'No, the right ones.' That was incredible. I could not believe it until the sporting director called me."

Boateng has played just three times for Barca since joining as back-up to Luis Suarez and Lionel Messi.

But he is happy with his role at the Treble-chasers, who face Liverpool tomorrow.

He added: "It was clear from the start that I would be a substitute. I would come in, for example when Luis Suarez is tired.

"Recently, I was not in the squad a few times because everyone was fit. I understand that.

"Of course [I'm not satisfied with this situation]. If I was satisfied, I would stop playing football. In the beginning the situation annoyed me because I think that I'm fully fit. But I can not complain.

"Barcelona is the best club in the world, my team-mates are Ousmane Dembele, Philippe Coutinho, Luis Suarez or King Lionel Messi. Should I suggest to put these guys in the stands instead of me?

"The club has invested a lot of money in these players. I can only give everything and offer myself."

Jets are massive three-touchdown underdogs vs. Chiefs in Week 8