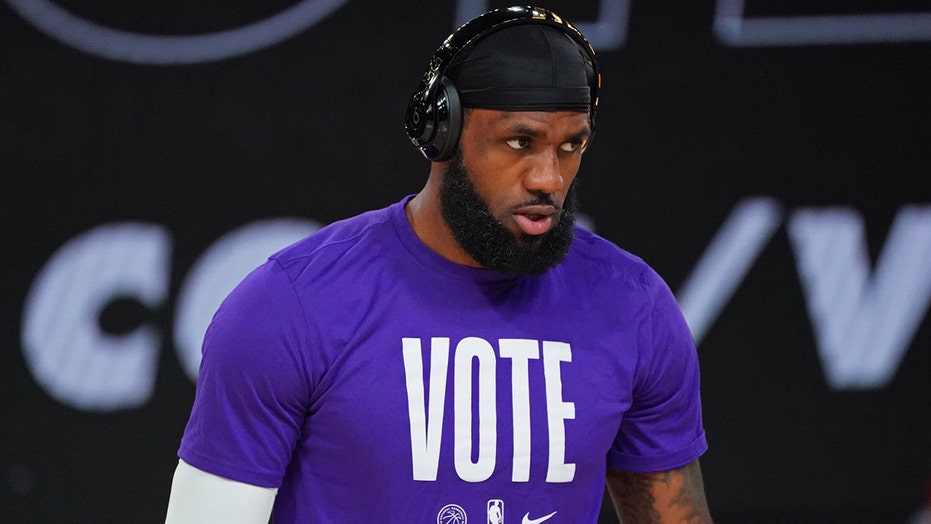 Los Angeles Lakers superstar LeBron James broke his silence on Thursday and spoke out about the chaos that erupted the day before at the U.S. Capitol building in Washington during a pro-Trump protest.

James posted a picture of himself on Instagram with a shirt that read in all-caps "DO YOU UNDERSTAND NOW?"

"DO YOU 🤬🤬🤬🤬 UNDERSTAND NOW???!! I know the answer to that," James wrote in the caption. "You still don’t cause no matter what happens you still won’t be judge, looked at crazy, chained, beaten, hung, shot to death cause of the color of your skin!!!! 2 AMERIKKKAS we live in and it was at FULL CAPACITY LIVE IN DIRECT yesterday in our Nations CAPITAL AT THE CAPITOL!! 🤦🏾‍♂️😢😢😢. #IPrayForBetterDaysForMyPeople."

James was one of the many sports figures to lash out about the protest of President-elect Joe Biden's victory, which erupted into violence. Lawmakers were evacuated and barricaded and law enforcement worked to restore order.

SPORTS WORLD REACTS TO US CAPITOL STORMED BY PROTESTERS: 'THIS IS A SHAMEFUL DAY FOR OUR COUNTRY'

Many of the athletes voiced their opinions last year during the protests that occurred in response to the police killing of George Floyd in Minneapolis on May 25. And they continued to share their thoughts on social media on Wednesday when pro-Trump protesters reportedly smashed glass doors and authorities drew their weapons at one door at the Capitol building.

James and the rest of the 2020 NBA champions are expected to make an appearance at the White House after President-elect Joe Biden is sworn into office on Jan. 20.