The Foxes were leading the game 3-1 when the travelling supporters clashed with security and police. 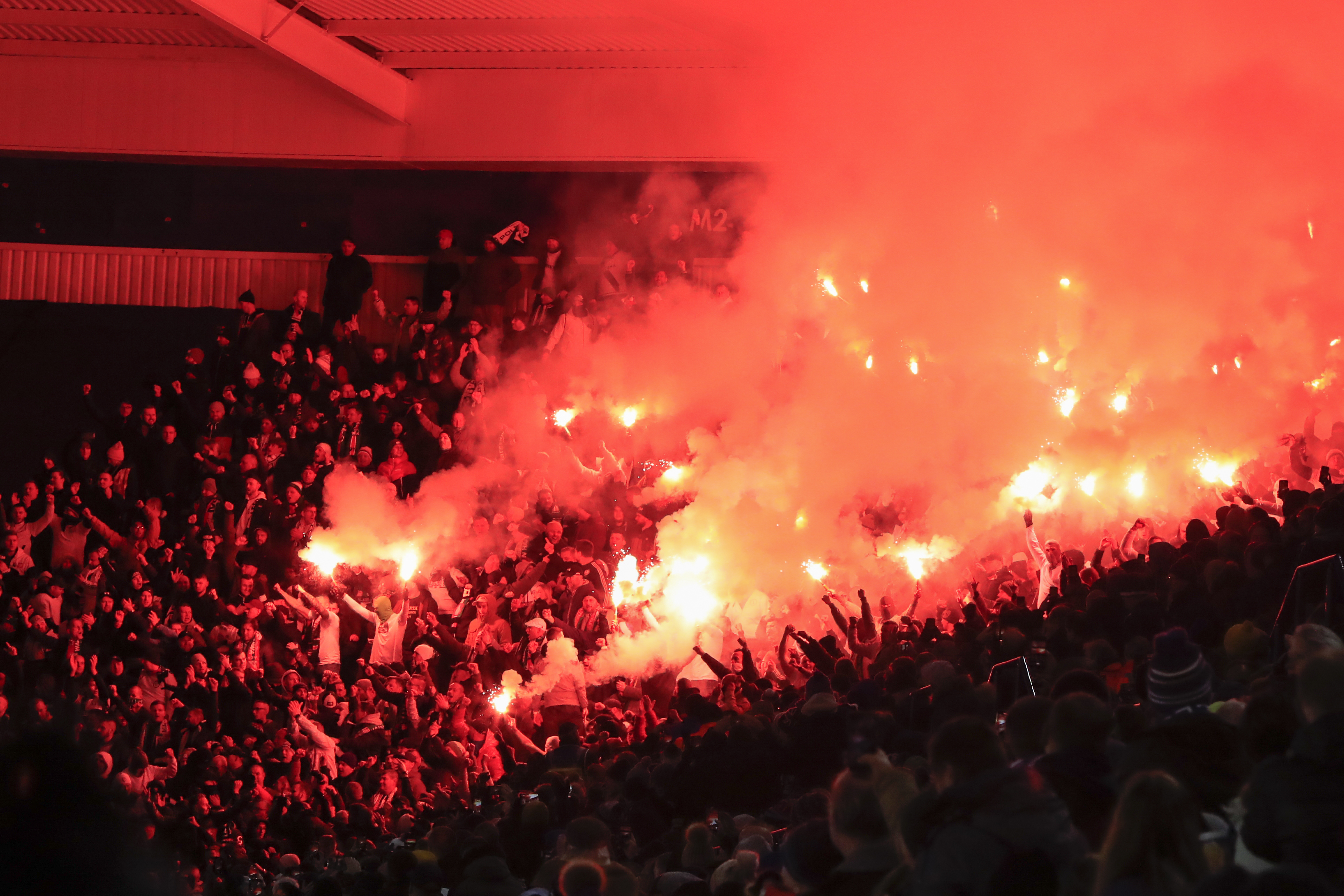 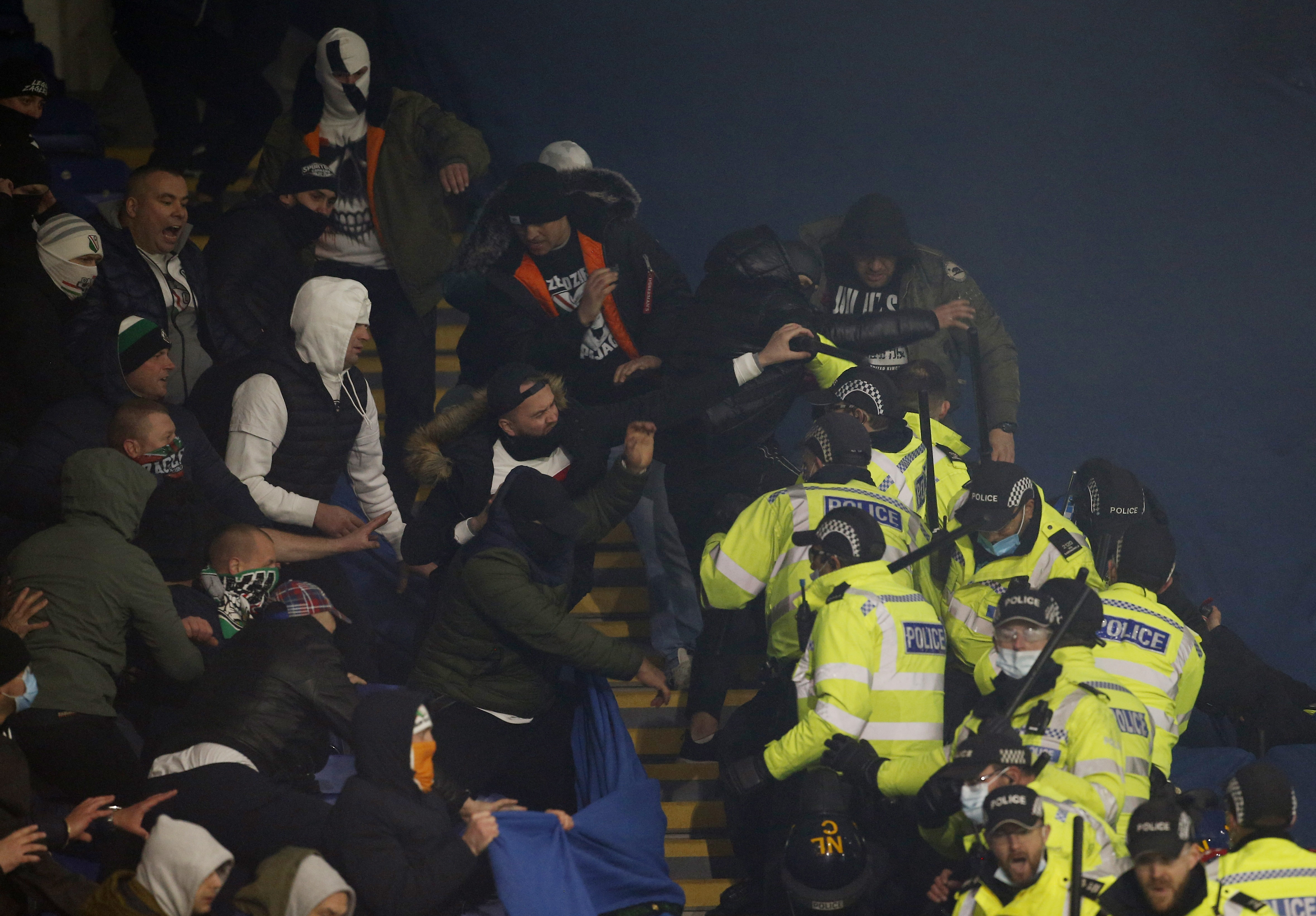 Flares were set off as they attempted to storm the home stands where Leicester fans were sitting and threw objects.

Goals after 21 minutes from Patson Daka and James Maddison put the Foxes two up before Filip Mladenovic pulled one back.

Wilfred Ndidi then made it 3-1 after 33 minutes and leaves them currently top of their group.

It has taken five games and several setbacks to get to this stage but finally, the cream appears to be rising to the top.

However Leicester will have to prove it against current joint Serie A leaders Napoli in a hostile Diego Armando Maradona Stadium – when they really will have to show their bottle.

Brendan Rodgers' battlers suffered a pre-match blow when Jonny Evans pulled a muscle during the warm-up and had to be replaced by Daniel Amartey.

However it quickly became clear defenders were an optional extra, rather than a necessity, as this pair went at it hammer and tongs!

Four goals flew in before the break in a breathless first 45 minutes which would have had defensive purists watching through the cracks in their fingers.

Once again Leicester had failed to keep a clean sheet but they soon steadied their nerves to add a third to restore their two goal lead.

Maddison swept in a laser-guided corner kick and 20-year-old 'keeper Miszta lived up to his name by taking a clean air swipe at the incoming delivery.

That appaling blunder allowed the unmarked Ndidi to head into a gaping net from just four yards out to put the Foxes back in control.

To their credit the Poles did their best to make a fist of it and Soyuncu heroically slid in to deny Luquinhas a simple tap-in, before Wieteska had a header headed off the line by Castagne.

Errol Spence vs Danny Garcia live stream: How to watch fight on TV and online

Inside Ronaldo and Georgina Rodriguez's life of luxury as they lavish each other with SUVs, £600k diamonds & £140 SOCKS