CHAOTIC scenes engulfed a Ligue 1 match between Lens and Lille after the home side's ultras invaded the pitch, forcing the second half to be delayed.

The Lens supporters marched towards the travelling Lille fans in a shameful act of intimidation. 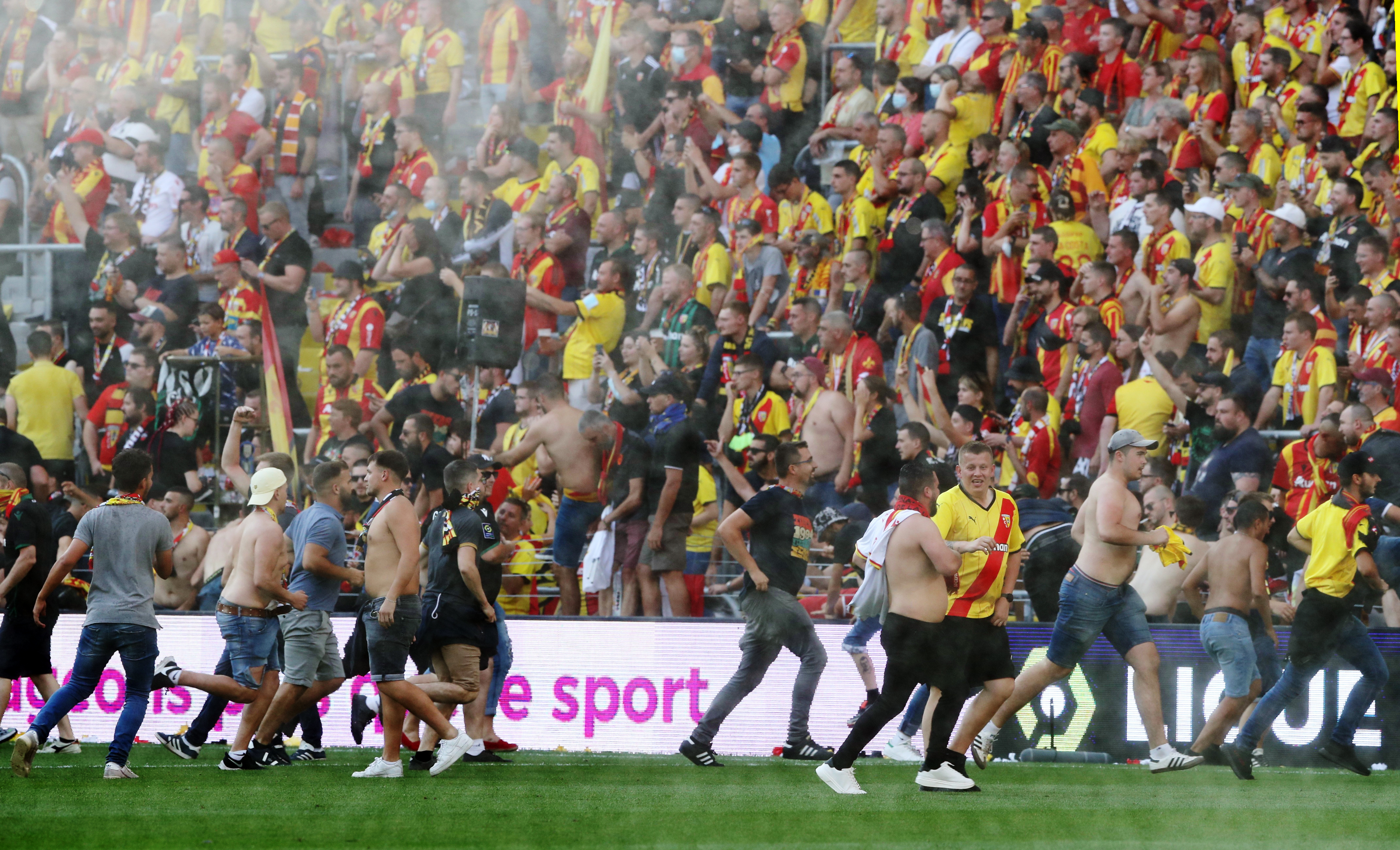 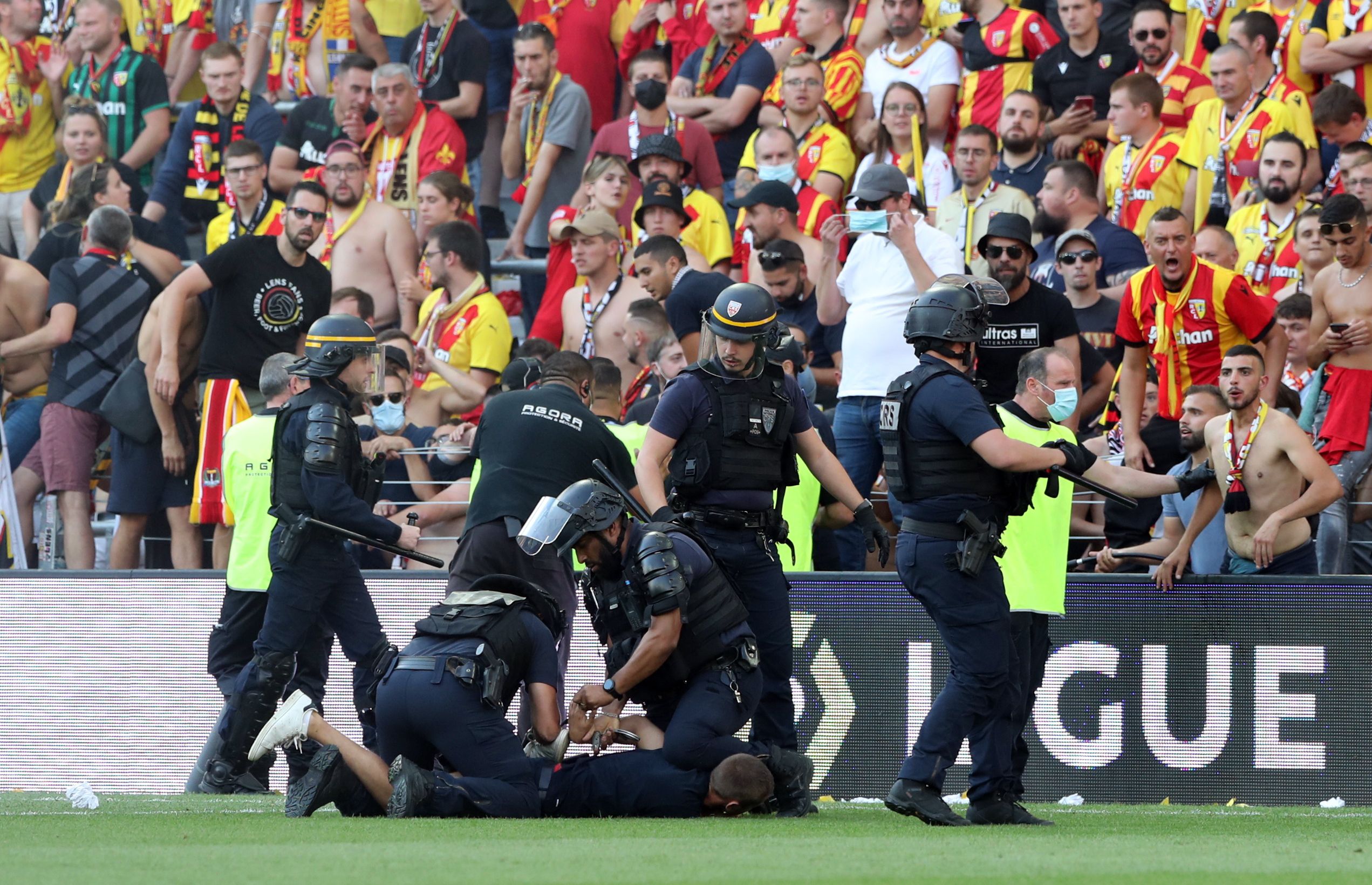 Riot police were called to the incident and the game was delayed for around 90 minutes.

The three o'clock kick-off eventually got back underway at 5:30pm BST.

Journalist Amine Mohamed said: "Two minutes before the invasion of the field, Lille supporters provoked the Lens (fans) by pretending to want to climb over the gates.

"Lens supporters crossed the lawn towards the visitors' stand.

"Just before, Lille threw projectiles over the grid which separated them from Lens supporters."

Once the game resumed, Przemysław Frankowski scored in the 74th minuteto hand Lens the lead. 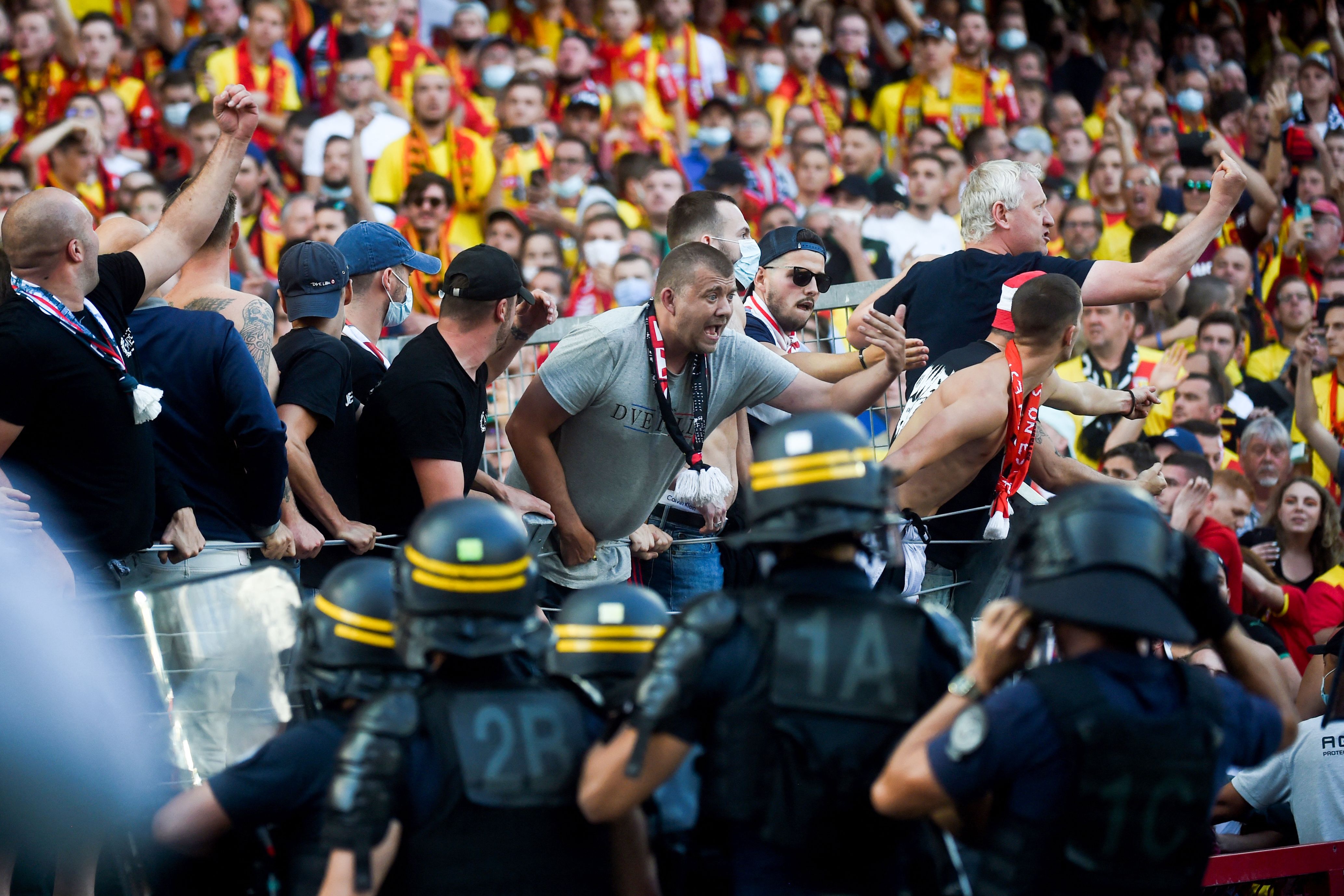 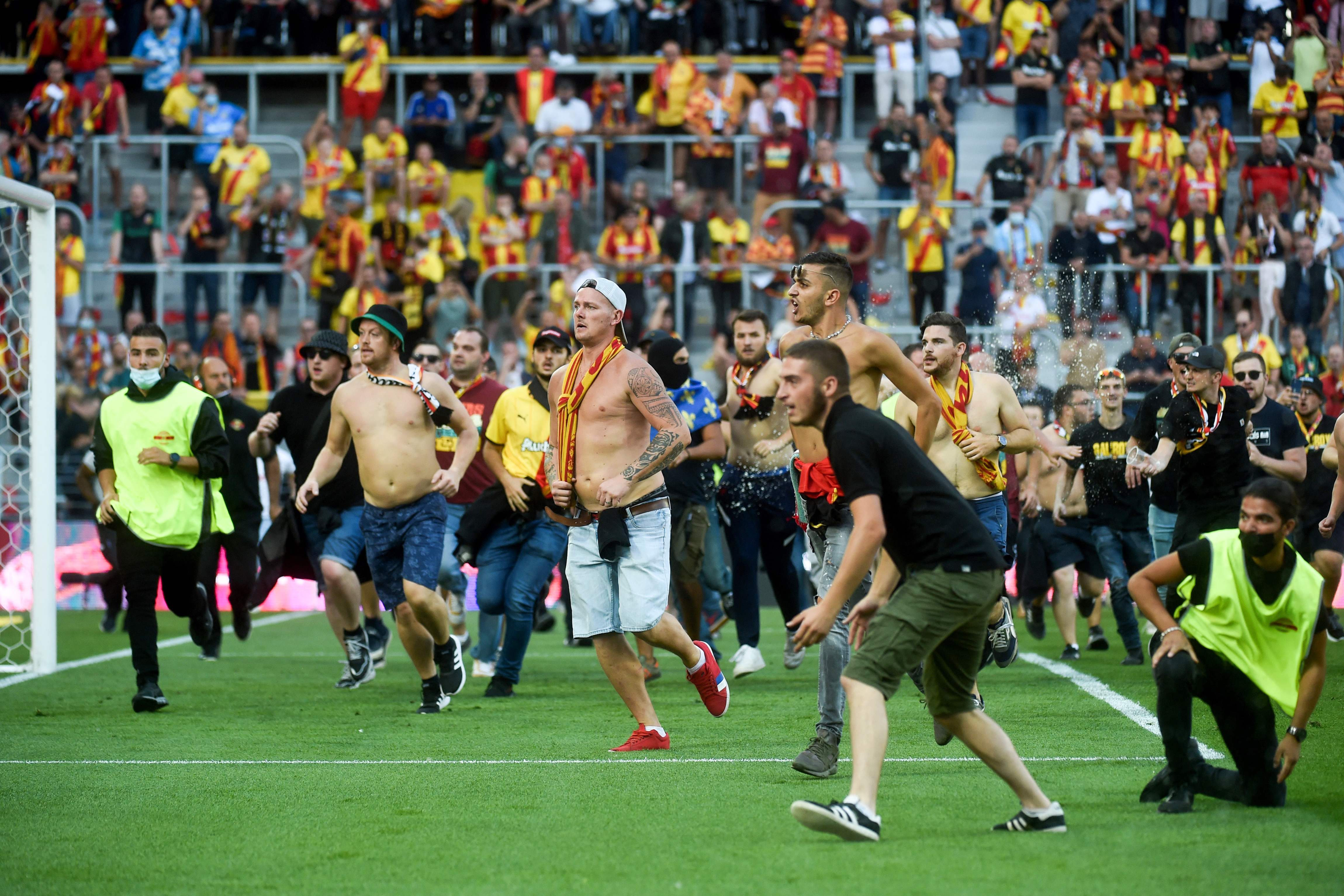 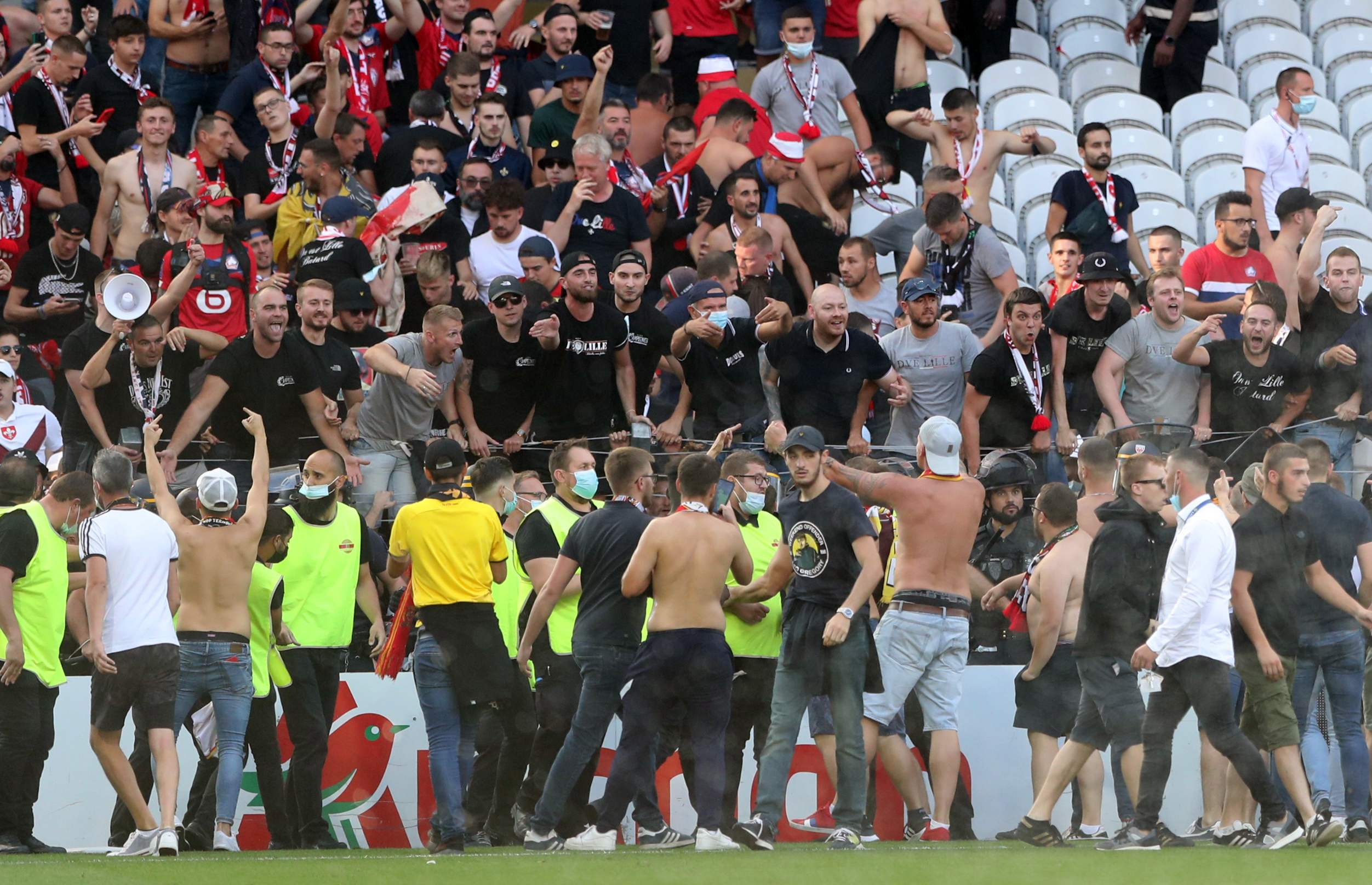 It began after a Nice supporter launched a bottle at Dimitri Payet.

The former West Ham man then lobbed it back into the stands and the rioting descended as home supporters made their way onto the pitch.

Following a huge melee which led to Payet bleeding and his team-mate Matteo Guendouzi getting strangle marks around his neck, the Marseille team refused to carry on after the 90-minute delay.

The sorry episode left a number of players with injuries, including Marseille trio Guendouzi, Payet and Luan Peres.

Nice were docked one point and ordered to play further games behind doors after the violent brawl.

Genius punter who won £250,000 at Cheltenham off a fiver reveals Grand National tip he likes the look of

For David Beckham and Miami, a Bumpy Road Enters the Homestretch

Stuart Broad up to second in ICC Test bowling rankings