And the Argentine is joined in PSG's formidable attack by Neymar and Kylian Mbappe. 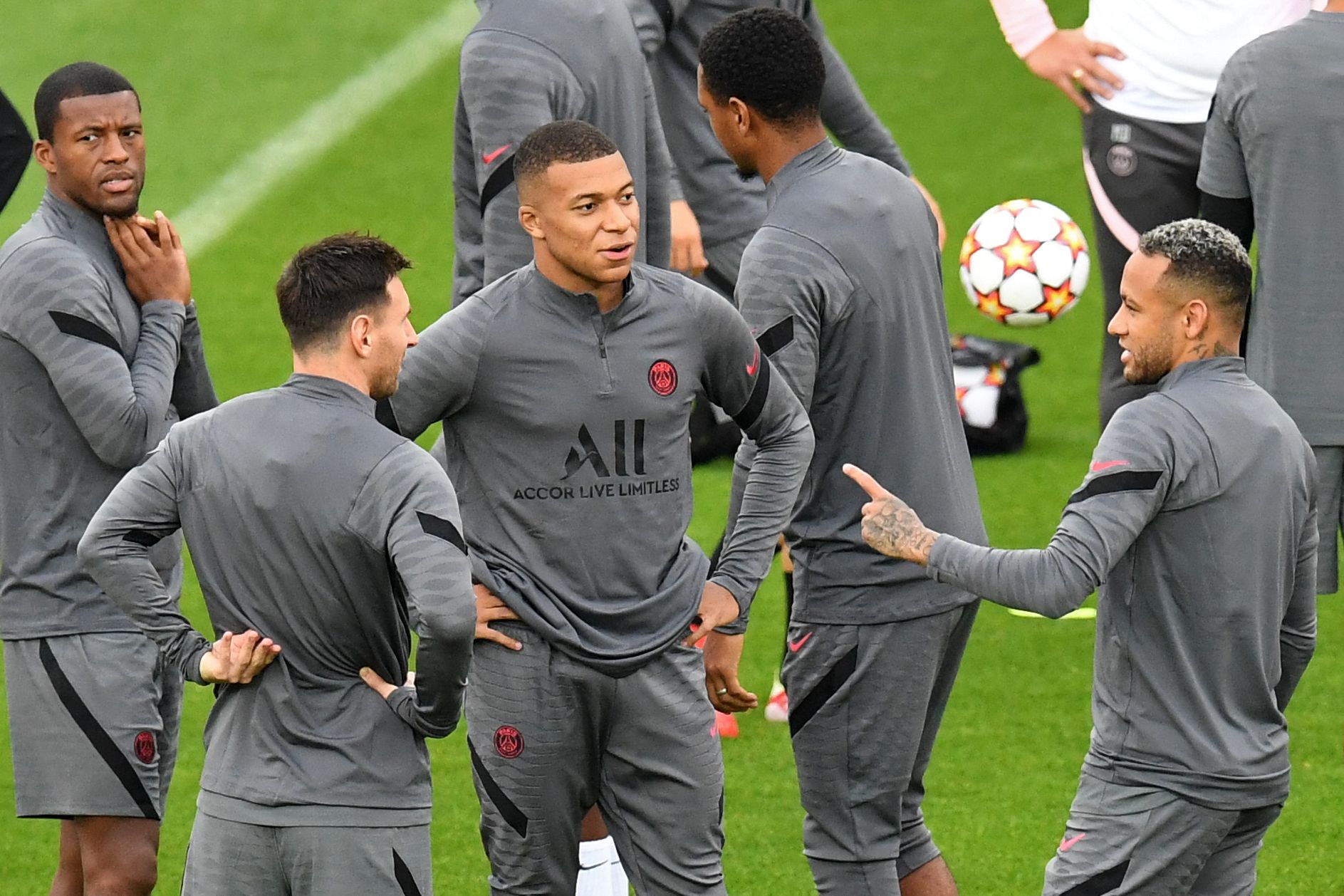 Fans were robbed of the opportunity to see the star trio together during Messi's debut for the French giants, when Mauricio Pochettino brought the 34-year-old on for Neymar during their 2-0 victory over Reims.

But Club Brugge will have to withstand the incredible three-pronged strike force in the Champions League this evening.

Messi and Neymar missed out on Saturday's 4-0 win over Clermont Foot in Ligue 1 after their exertions in South America during the international break.

But they are back and ready to go this evening.

Mbappe, meanwhile, netted PSG's third at the weekend, and will be looking to add a fifth goal of the season tonight.

There's no place for Gianluigi Donnarumma, however, with the Italian on the bench and Keylor Navas between the sticks. 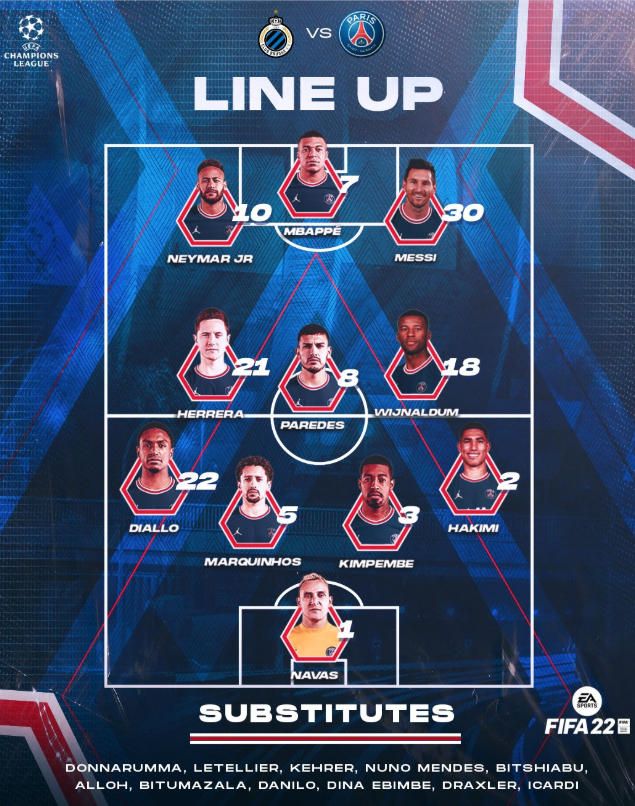 The six-time Ballon d'Or winner came off the bench at Reims to help seal the win.

He then starred for his country during the international break, helping Lionel Scaloni's side to a 3-1 win over Venezuela before netting a hat-trick against Bolivia.

Messi also bizarrely had to try and play peacemaker, when his team's clash with Brazil was suspended when Anvisa health officials stormed the pitch to try and apprehend Giovani Lo Celso, Cristian Romero and Emi Martinez. 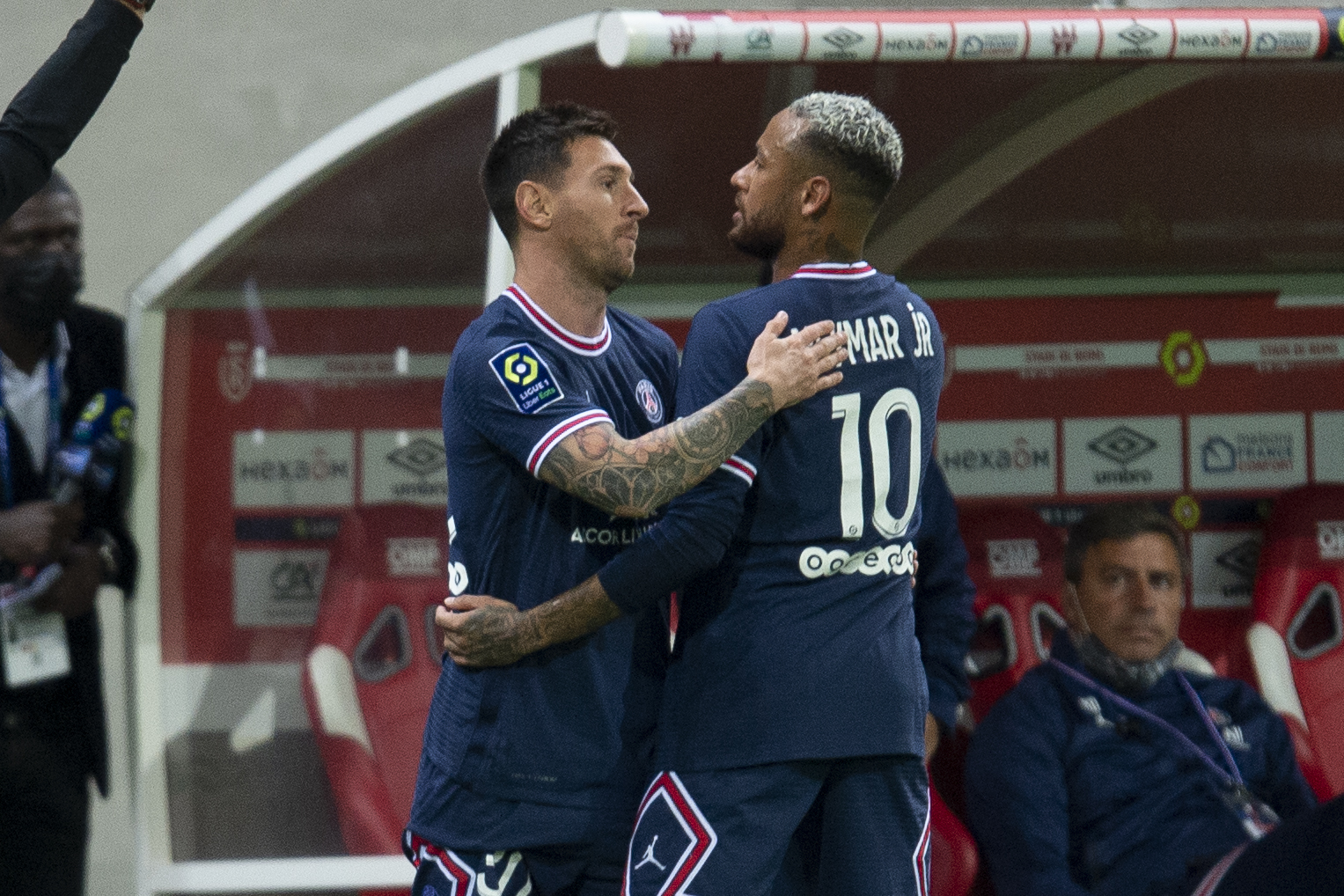 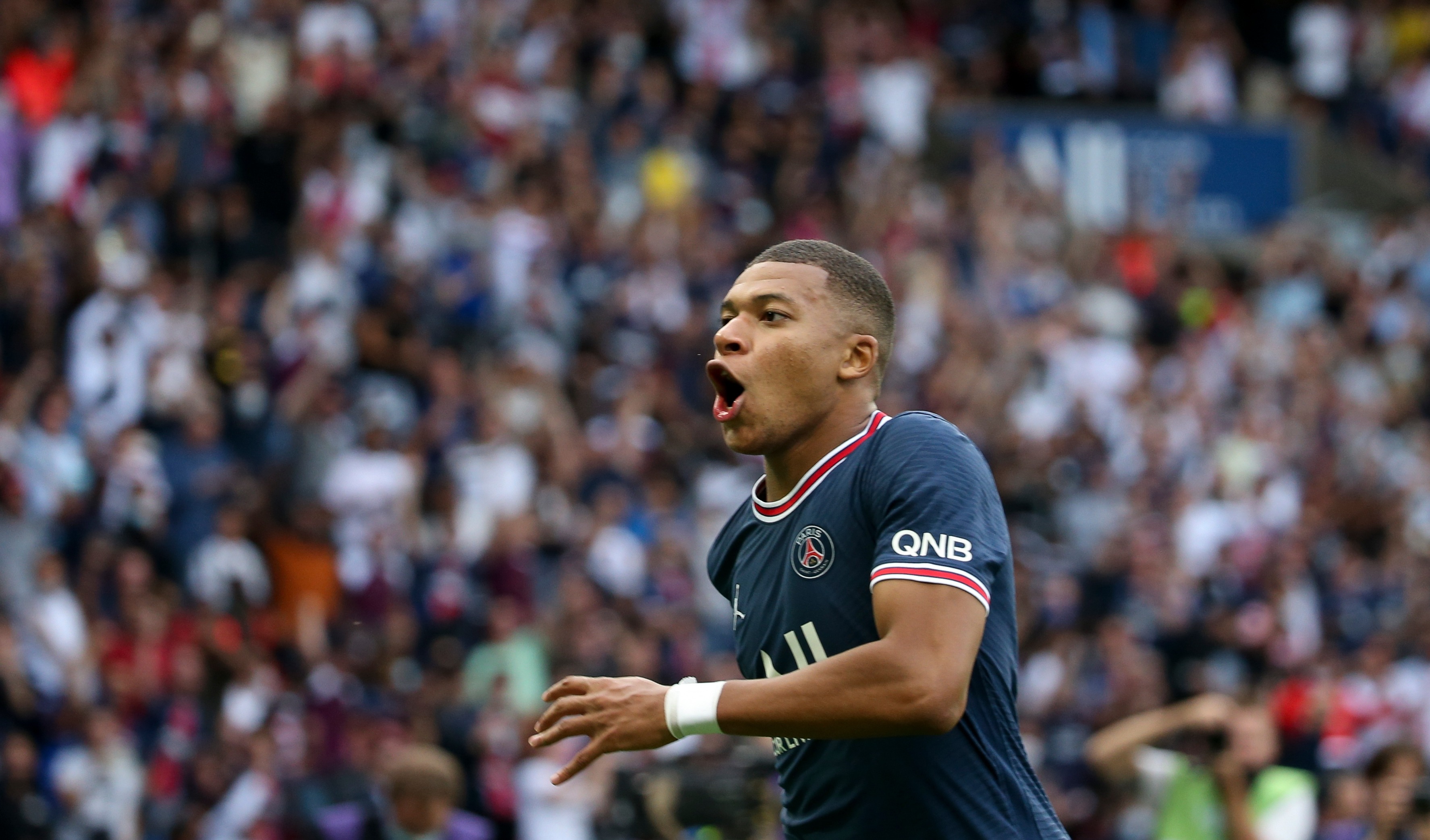