MO SALAH is favourite to win the Premier League Golden Boot – but Jamie Vardy's odds have been slashed after his Manchester City heroics.

Leicester star Vardy took the award for most goals last season too when he came top of the pile with 23. 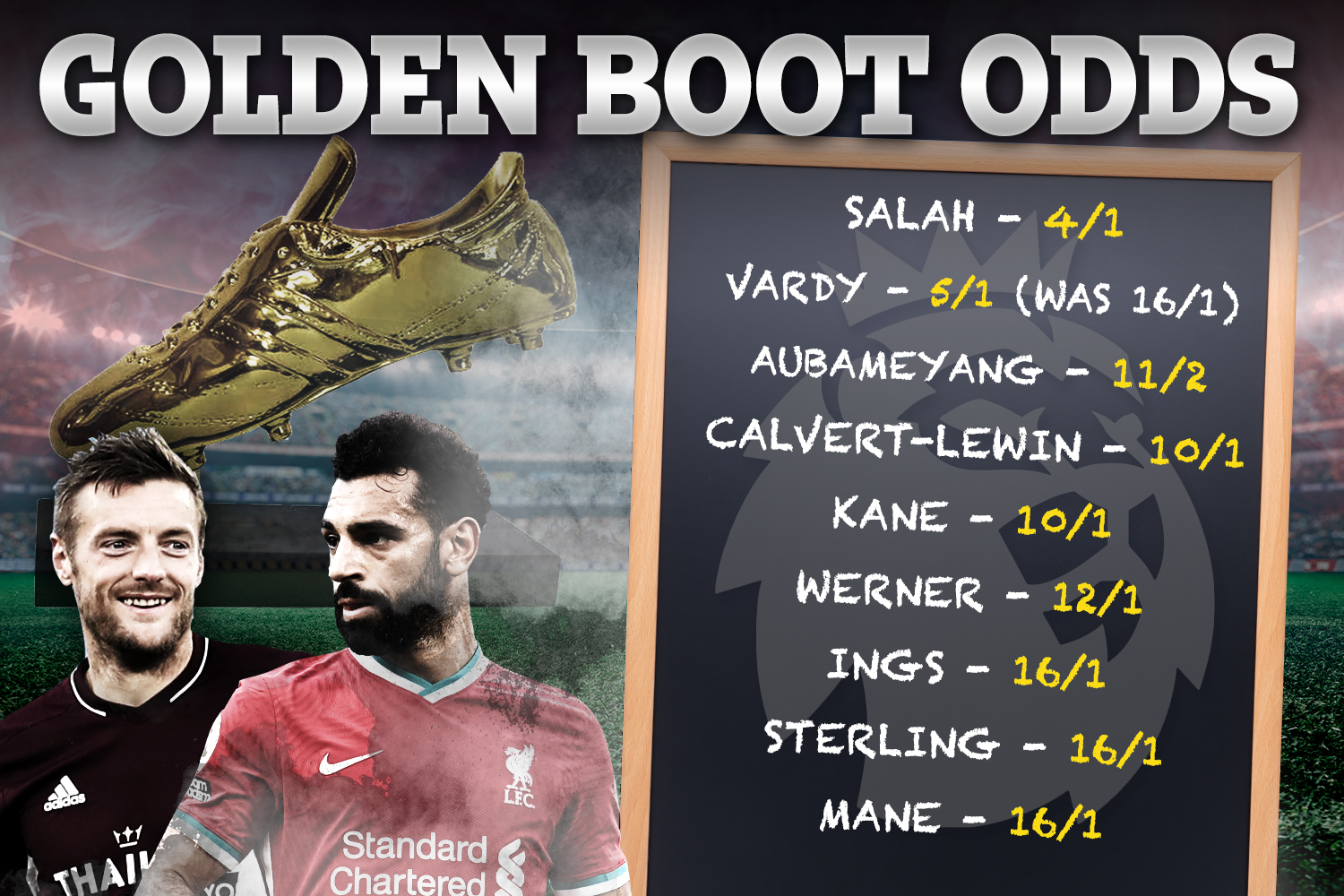 And the 33-year-old – a 16/1 shot with Ladbrokes to reclaim his crown before the season started – is now second favourite after his hat-trick against City.

Vardy, who called time on his international career more than two years ago,scored two penalties either side of a brilliant near-post finish to stun Pep Guardiola's title chasers.

It means Vardy is already top of the list alongside Everton's Dominic Calvert-Lewin on five goals from three games.

And the Foxes star is 5/1 to stay there until the end of the season, with Liverpool hero Salah, who has three goals from two games, a 4/1 shot.

Tottenham's Son Heung-min, who bagged four against Southampton, occupies third spot on his own – but looks like he could be out for a while with a hamstring problem.

Leeds' Patrick Bamford and Brighton's Neal Maupay both have three goals from as many games but don't feature on the list of likely Golden Boot winners.

There is then a big break before you get to Calvert-Lewin at 10/1. 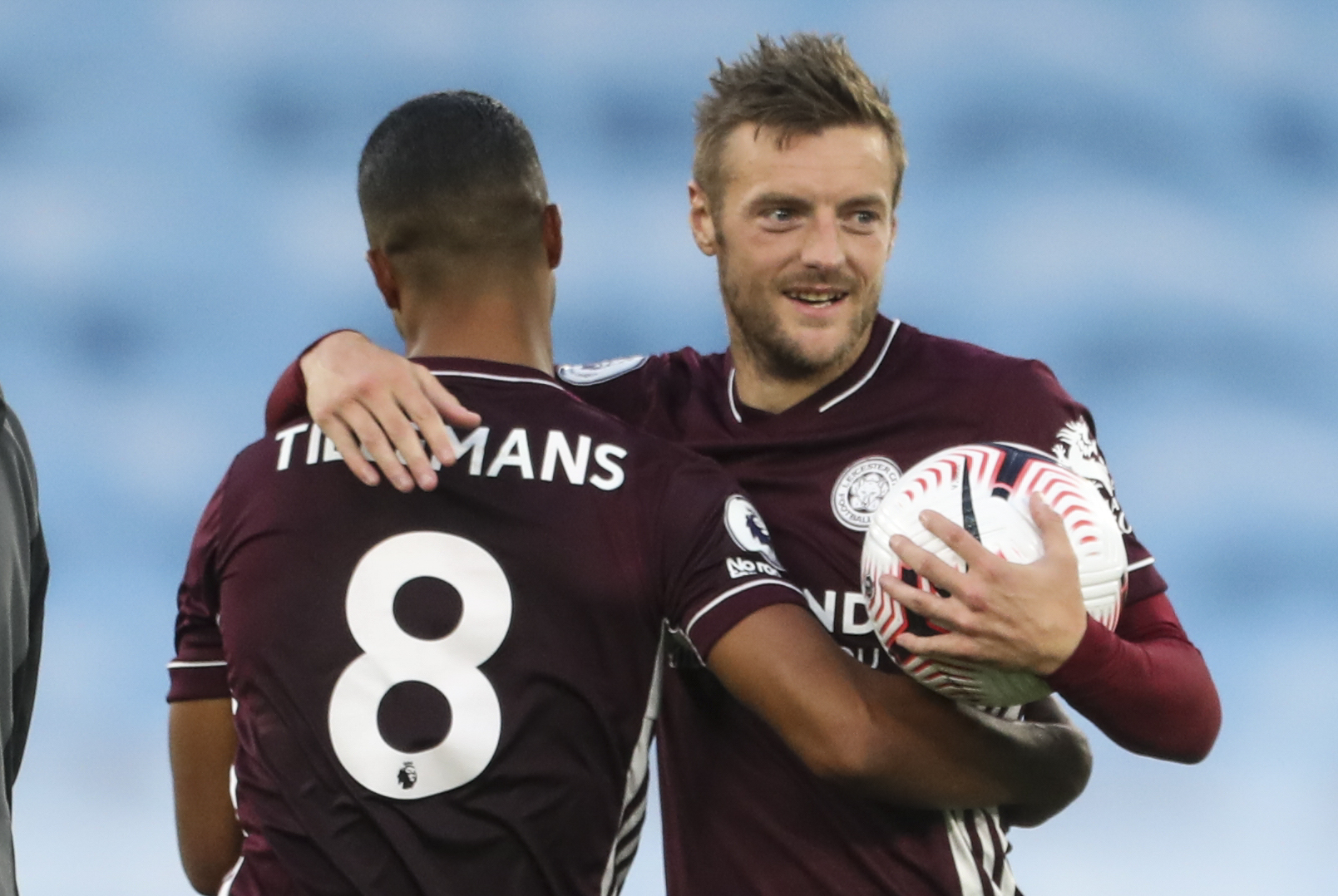 Son's Spurs team-mate Harry Kane – one goal so far this season – is a 10/1 shot to finish top.

Southampton star Danny Ings has enjoyed a resurgence and is 16/1, the same as Man City's Raheem Sterling and Liverpool ace Sadio Mane.

It is eye-opening that no Manchester United player currently makes the shortlist.

While Bruno Fernandes, Mason Greenwood, Juan Mata and Donny van de Beek all have one each.