YOUTUBE star Logan Paul was taken out at WrestleMania 37 by Kevin Owens after the WWE superstar beat Sami Zayn in a gruelling match.

Paul attended WrestleMania as Zayn's special guest and stood in The Great Liberator's corner throughout his fight against Owens at the Raymond James Stadium in Tampa, Florida. 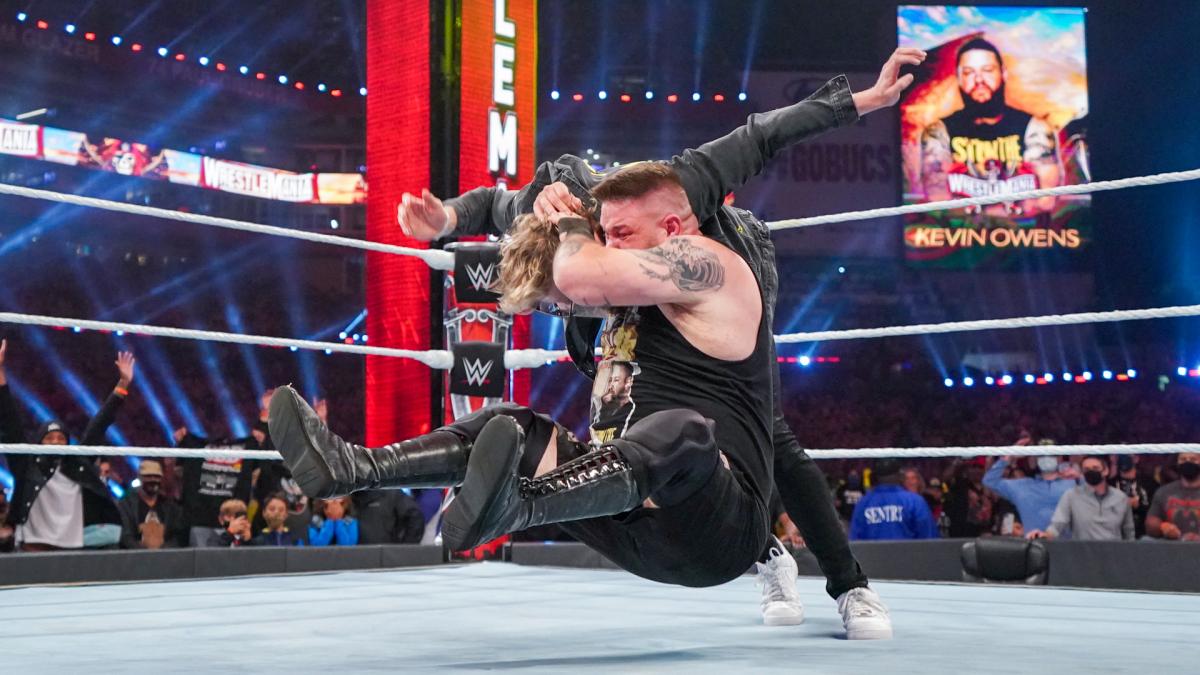 Following an incredible back-and-forth encounter, KO picked up the victory thanks to a devastating Stunner.

Paul stepped inside the ring after the bell to congratulate the winner but Zayn didn't take kindly to that gesture.

The ex-NXT Champion started shouting at the YouTube star, who quickly had enough and ultimately pushed the professional wrestler to the mat.

Zayn walked away in a state of rage while Paul picked Owens' arm up in front of the crowd.

The 25,000 fans that attended WrestleMania didn't warm up to the YouTuber throughout the encounter.

Paul endured a barrage of boos and negative chants from the wrestling faithful on the second night of the Showcase of the Immortals.

Owens appeared to agree with the WWE Universe and that is why he delivered another Stunner to the former Vine star.

Paul sold the finisher perfectly while the former Universal Champion stood over him and shouted, "This is my ring".

There are currently no further plans of including the YouTuber on WWE programming in the near future.

Therefore, a potential celebrity match involving Paul, who is also a boxer, as well as Owens or Zayn is currently not in the works.