MANCHESTER CITY'S admin team was praised by fans after using a viral picture to announce their team selection.

An hour before City's clash with Crystal Palace, Pep Guardiola's team selection was posted on Twitter with their customary graphic. 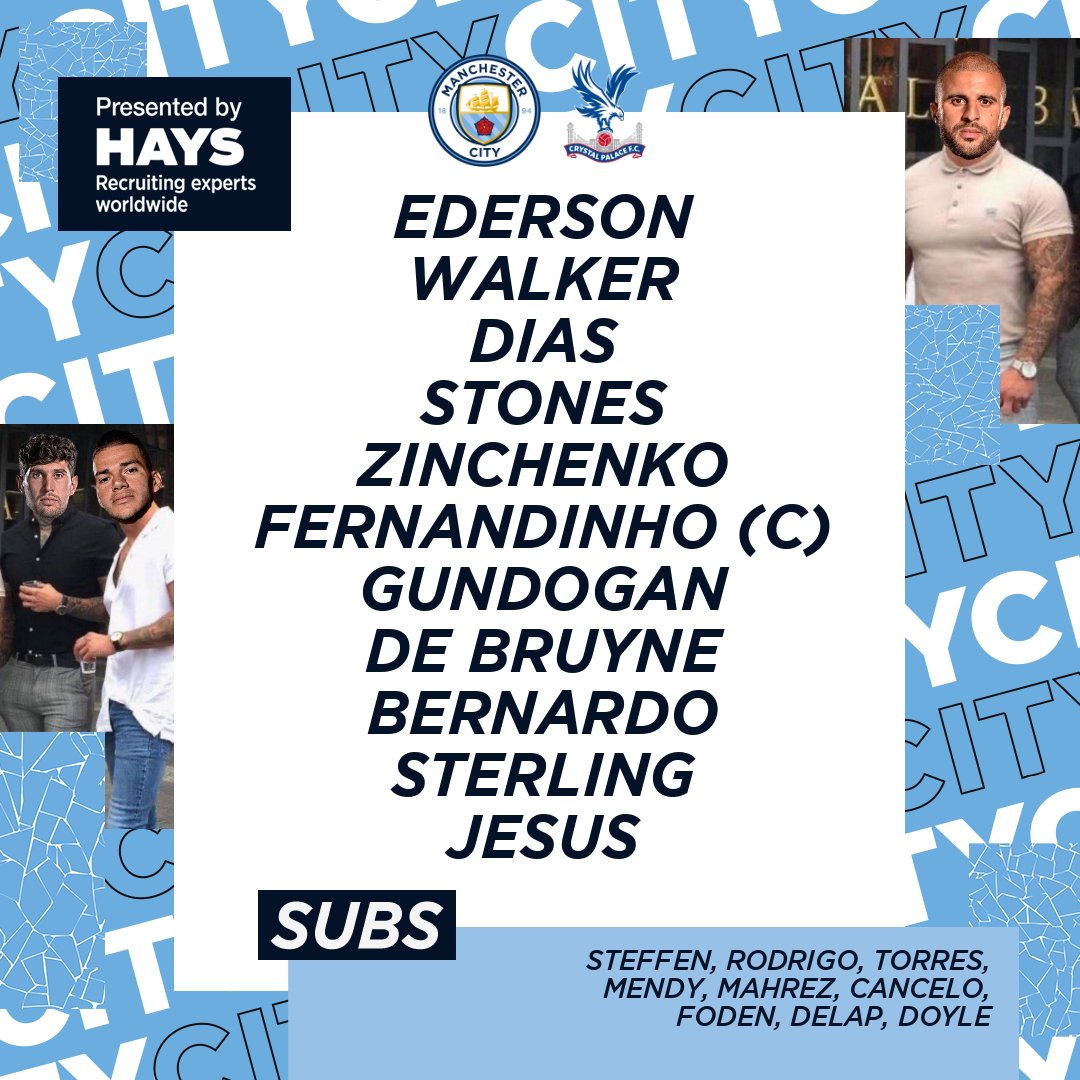 But eagle-eyed fans noticed something amiss.

Kyle Walker, Ederson and John Stones' heads were cropped onto an image that has spread like wildfire in recent days.

The original picture shows four men posing for a picture outside a bar in Birmingham.

One fan commented: "Love the side pics admin."

Another one added: "Lmao this admin…"

A third said: "NOOOO not the pictures on the side."

Liverpool legend Jamie Carragher also posted an edited image of the photo to his Twitter account with his face alongside Graeme Souness, Gary Neville and Roy Keane. 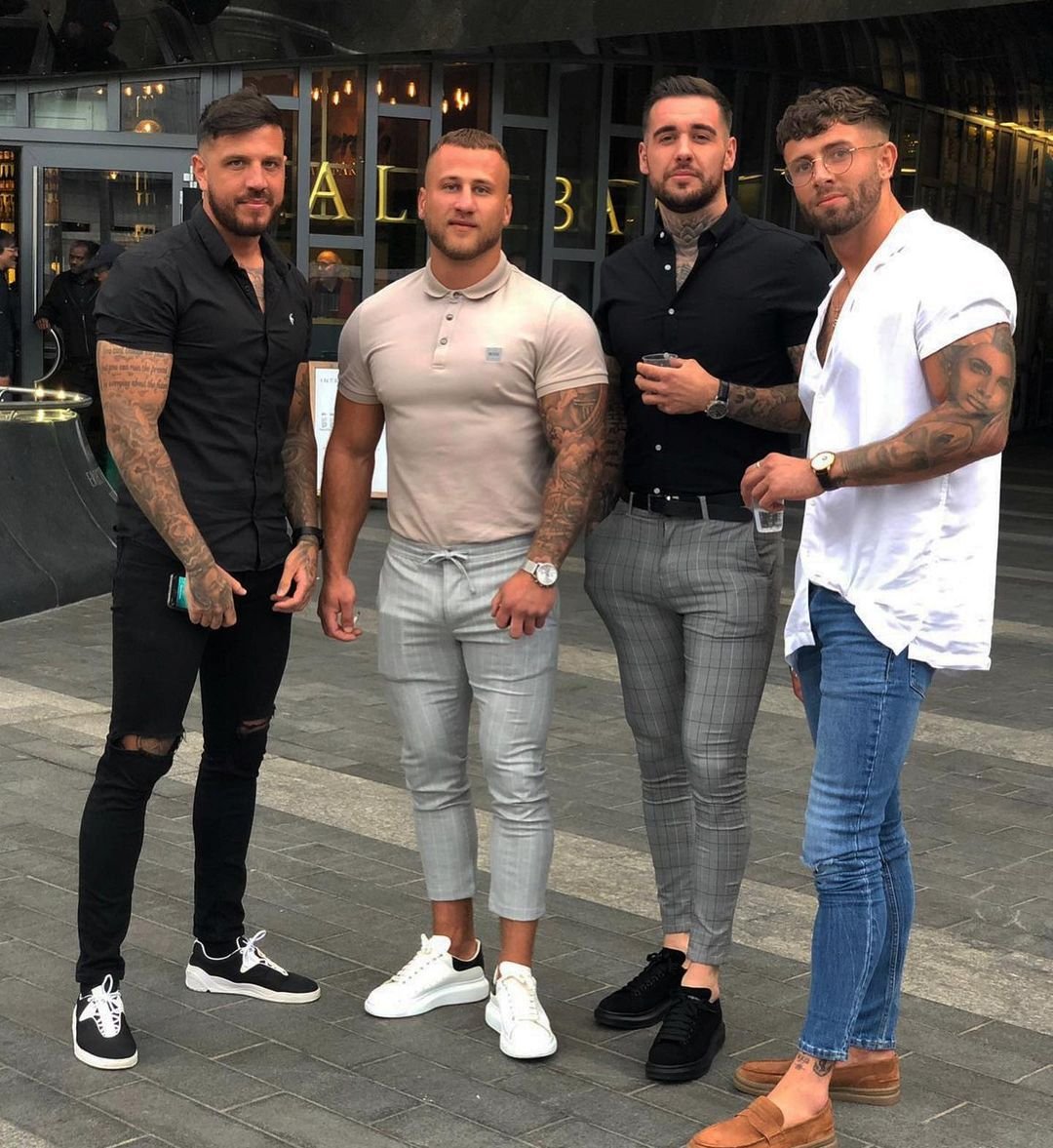 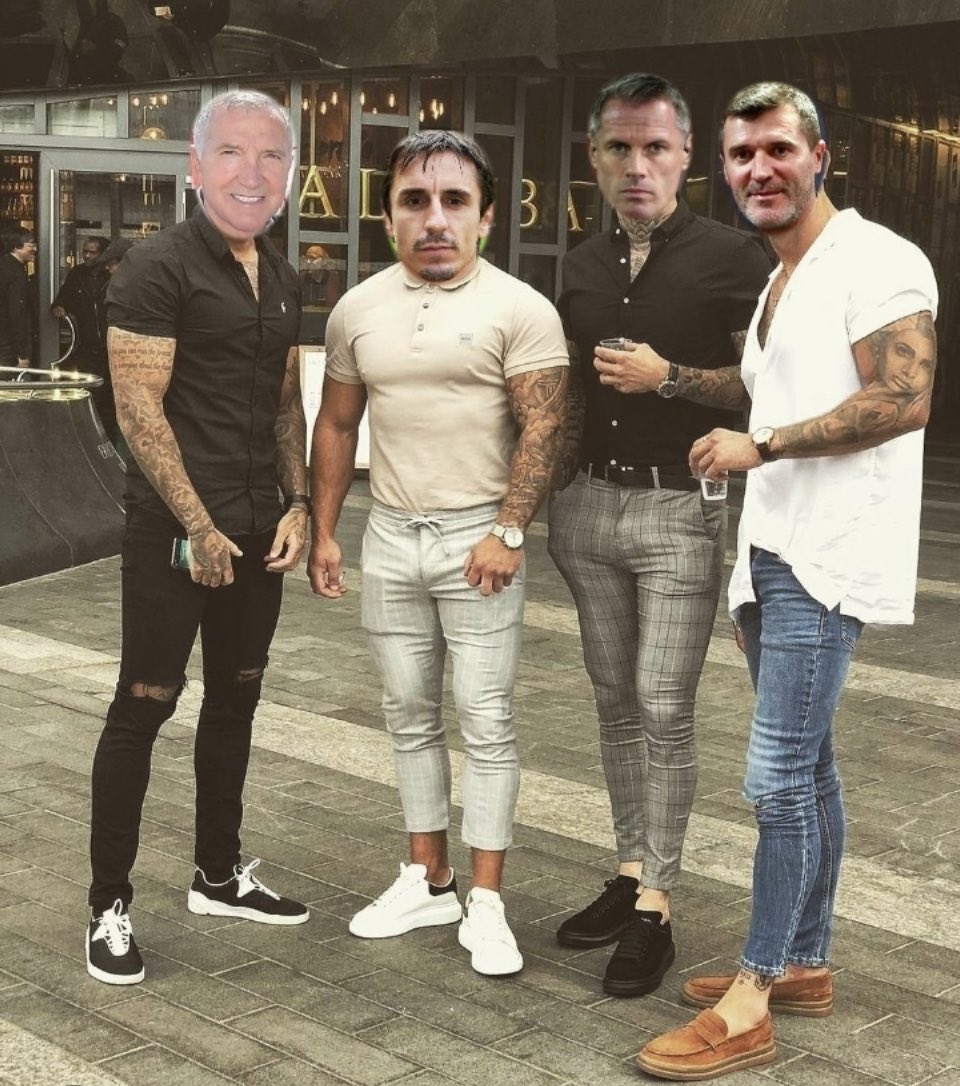 Kyle Walker returns to the starting XI with Gabriel Jesus leading the line.

Man City know they will top the Premier League table if they win their two games in hand over Manchester United.