MANCHESTER UNITED could be slapped with a points deduction or a heavy fine after fans' protests forced the Liverpool game to be postponed.

The Red Devils were due to host their arch-rivals at Old Trafford on Sunday afternoon. 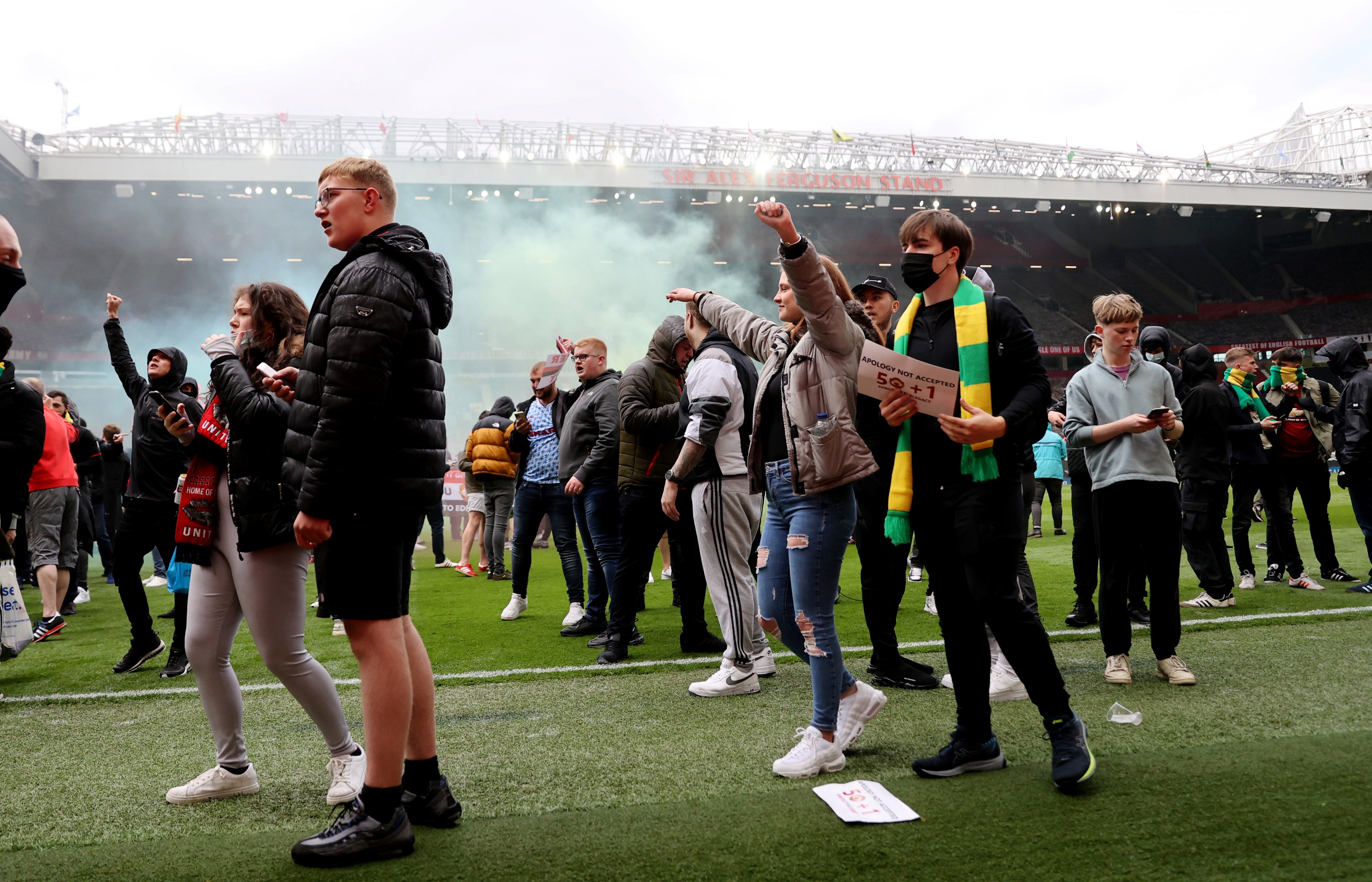 But the anti-Glazer protesters managed to break into the stadium and got on to the pitch before kick-off, while others barricaded the players in The Lowry Hotel.

And now the FA are investigating the chaotic scenes to determine what punishment they will hand out.

Leicester are third on 63 with Chelsea in the fourth Champions League spot a further two back.

And their chances would receive a major boost depending on the severity of any points deduction.

Should a deduction be imposed for next season, though, it could have an even bigger impact on the race for the top four.

A fine, meanwhile, would not affect United's performances on the pitch this season.

Thousands of Red Devils supporters marched outside Old Trafford in a planned protest against the Glazer family who own the club and were key players in the failed European Super League plans.

But despite many voicing their anger peacefully, some yobs clashed with the police and hurled missiles.

Video footage showed crash barriers being hurled at mounted police and doors getting smashed in as the game was called off.

Liverpool legend Graeme Souness said someone 'could have been killed' as thugs lobbed bottles and flares at him and his fellow Sky Sports pundits.

While two police officers were also injured in the ugly clashes.

One officer suffered a 'significant slash wound to his face, requiring emergency hospital treatment', after being attacked with a bottle.

Pundit Souness said: “Someone threw a bottle up here. If that hits you in the wrong place, you could have been killed!

“A kid was killed in Cardiff by a flare. I am not criticising United fans en masse. But that flare could have marked someone for life. A village idiot could have killed someone here today.”

A United statement read: “Our fans are passionate and we acknowledge the right to free expression and peaceful protest.

“However, we regret the disruption to the team and actions which put other fans, staff and the police in danger.”

Premier League chiefs will hold discussions with the clubs and police to rearrange the fixture and were locked in talks last night.

A League statement read: “We understand and respect the strength of feeling but condemn all acts of violence, criminal damage and trespass  — especially given the Covid-19 breaches.

“Fans have many channels by which to make their views known but the actions of a minority seen today have no justification.

“We sympathise with police and stewards who dealt with a dangerous situation that should have no place in football.” 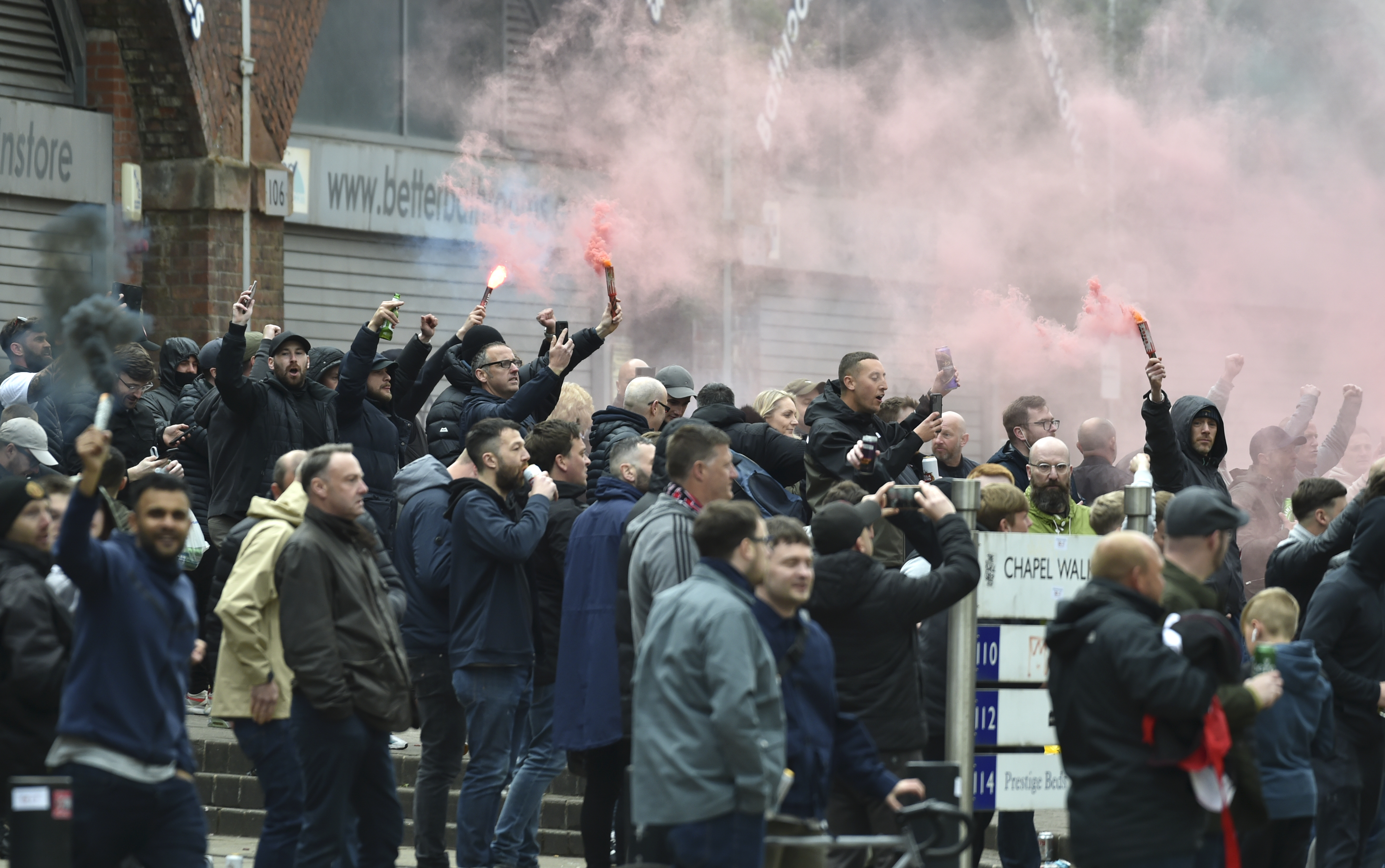 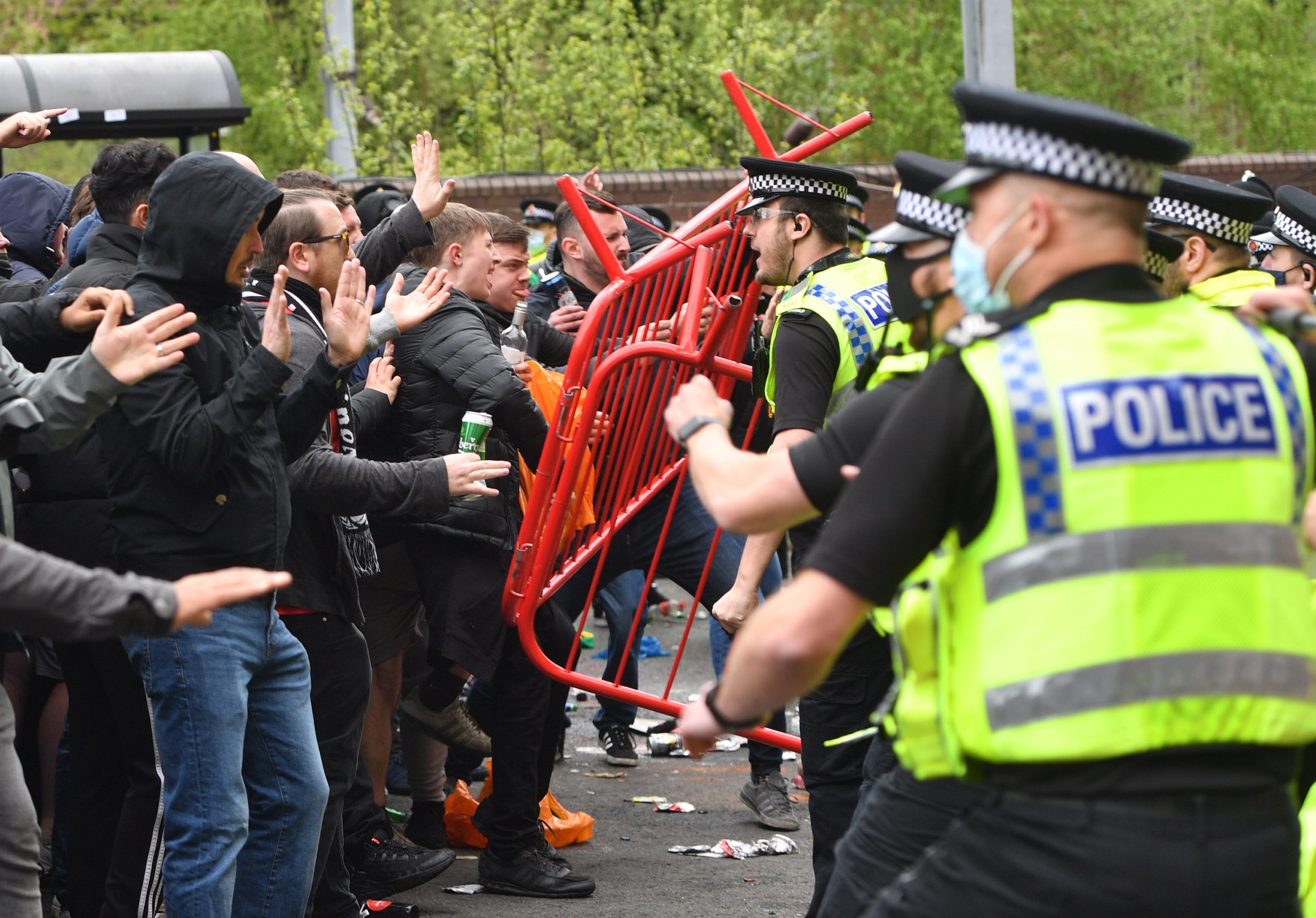