MANCHESTER UNITED will battle it out with a host of Europe's top clubs including Spurs to sign £70million-rated Fiorentina striker Dusan Vlahovic.

According to the Daily Mail, the Red Devils are the latest to join the list of clubs keeping tabs of Vlahovic – including Spurs, Newcastle, AC Milan and Juventus. 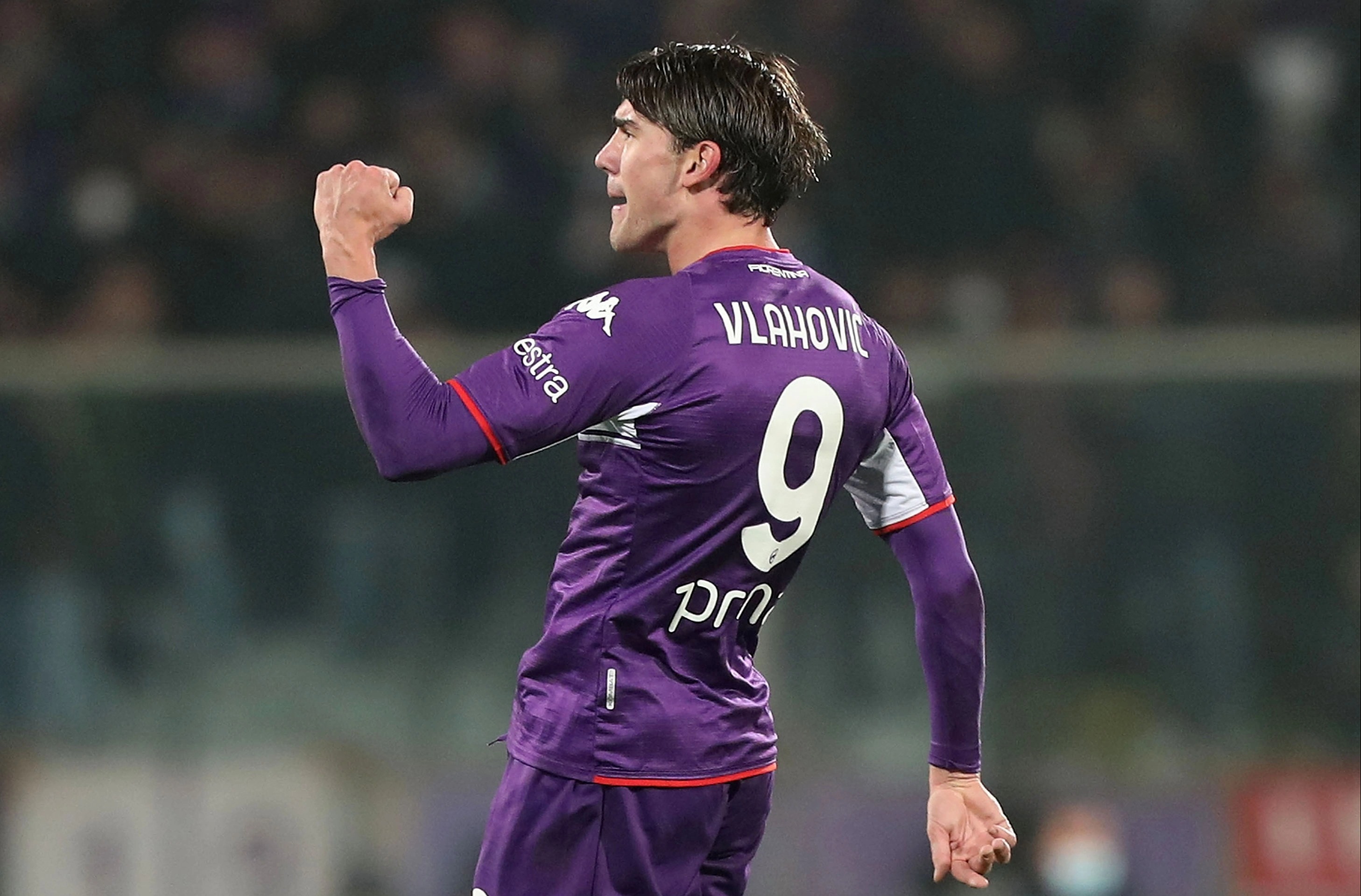 The 21-year-old striker is currently one of Europe's most sought after players, having scored 12 goals in 14 games in all competitions so far this season.

He netted an impressive 21 goals in 37 Serie A appearances for Fiorentina last season, which saw him win the Serie A Best Young Player for 2020-21 award.

And his performances so far this season have hit incredible new heights, after he scored impressive braces to help his side beat both Atalanta and AC Milan.

Italy legend Christian Vieri has said of him: "I think that, after Erling Haaland and Kylian Mbappe, he [Vlahovic] is one of the strongest in Europe.

"He has quality, technique. He is Serbian and they are all technically good.”

Fiorentina have reluctantly decided to cash in on Vlahovic after he rejected their latest contract offer, which was said to be the biggest in the club's history.

The 14-cap Serbian international came close to leaving the Artemio Franchi Stadium in the summer, with Spurs and Atletico both reportedly making offers.

Last season's LaLiga champions Atletico reportedly had an offer of £51m rejected for the player, but have since gone on to re-sign Antoine Griezmann.

Meanwhile, Tottenham had him lined up as a possible Harry Kane replacement, amid speculation that the England captain was set to join Manchester City.

Vlahovic ended up staying in Florence, but is about to enter the final 18 months ofhis contract, with the club willing to let him leave for a fee of £70m.

Arsenal reportedly lodged a bid of £68m earlier this month, which the club accepted, but Vlahovic was said to have turned down the Gunners' proposal.

The 6ft 3in centre-forward was supposedly unconvinced by the project and wants to wait for a better offer before committing to leaving La Viola after three years.

Newly-rich Newcastle are one of the clubs in for Vlahovic and have an advantage over their competitors with the huge financial resources available to them.

But Vlahovic will likely have the pick of the bunch and will be keeping a keen eye on developments at Old Trafford, with the club currently lining up a new manager.

Michael Carrick has been appointed the temporary caretaker boss, but the club are said to be keen to appoint Mauricio Pochettino as their permanent manager.

But it is unclear whether Pochettino would quit PSG midway through the season, despite the Parisians reportedly lining Zinedine Zidane up as his replacement.

The Red Devils have reportedly been scouting Vlahovic for some time and have been highly impressed with what they've seen from Serie A's joint top scorer.

But the club will likely wait for a new boss to be appointed before submitting any bids, with their struggling squad set for a huge overhaul over the coming months.