MIKAEL SILVESTRE has given his verdict on how he thinks the remainder of the season will pan out.

And after witnessing his former team storm to the top of the table, the five time Premier League winner is confident Man Utd will be in the mix. 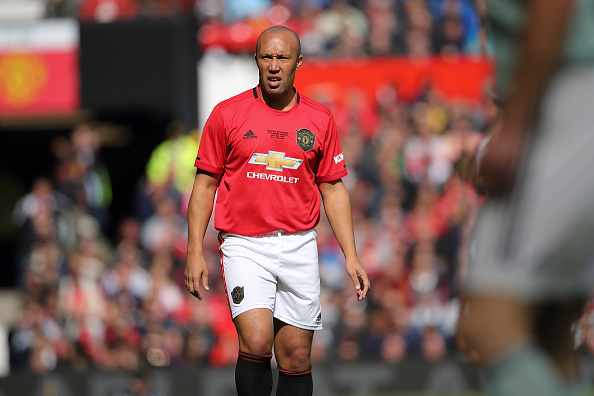 Speaking exclusively to Ladbrokes at the launch of the 5-A-Side Bet on Liverpool v Man United, Silvestre said: "For me there are only three teams in this years title race: Man United, Liverpool and I'm going to put Leicester in there as well.

"It's a wide-open season and it's good for Man United to be in the race instead of playing catch-up and looking in from a distance.

"Now it's just a case of staying up there. They're in a positive position at this point in the campaign."

Manchester United's 1-0 victory over Burnley helped them to return to the top of the table for the first time in more than three years.

Which is something many wouldn't of expected, especially after the Red Devils' poor start to the campaign.

The 43-year-old added: "I wouldn't have predicted Man United to be at the top of the table in January back at the start of the season, but that's the beauty of the game.

"They've taken advantage of other teams' misfortunes. It's why the Premier League in general is so interesting.

"It's great to see United in that position; I'd call it a very good surprise.

"I don't think it favours a team in the title race. Not because you're lacking recovery time, but it never feels like you have a day off.

"Physically you have the break, but I do think it's a disadvantage."

Man United travel to Anfield to take on Liverpool this weekend in a super Sunday clash.

This presents Ole Gunnar Solskjaer's side with the perfect opportunity to assert their authority on the title race.

‘You like me!’ The 5 best Oscar speeches of all time, from Sally Field to Halle Berry