MANCHESTER UNITED laboured to a 1-1 draw at strugglers West Brom as the rain lashed down at The Hawthorns.

The Red Devils got off to a nightmare start, when Mbaye Diagne stooped ahead of Victor Lindelof to give the Baggies a second minute lead. 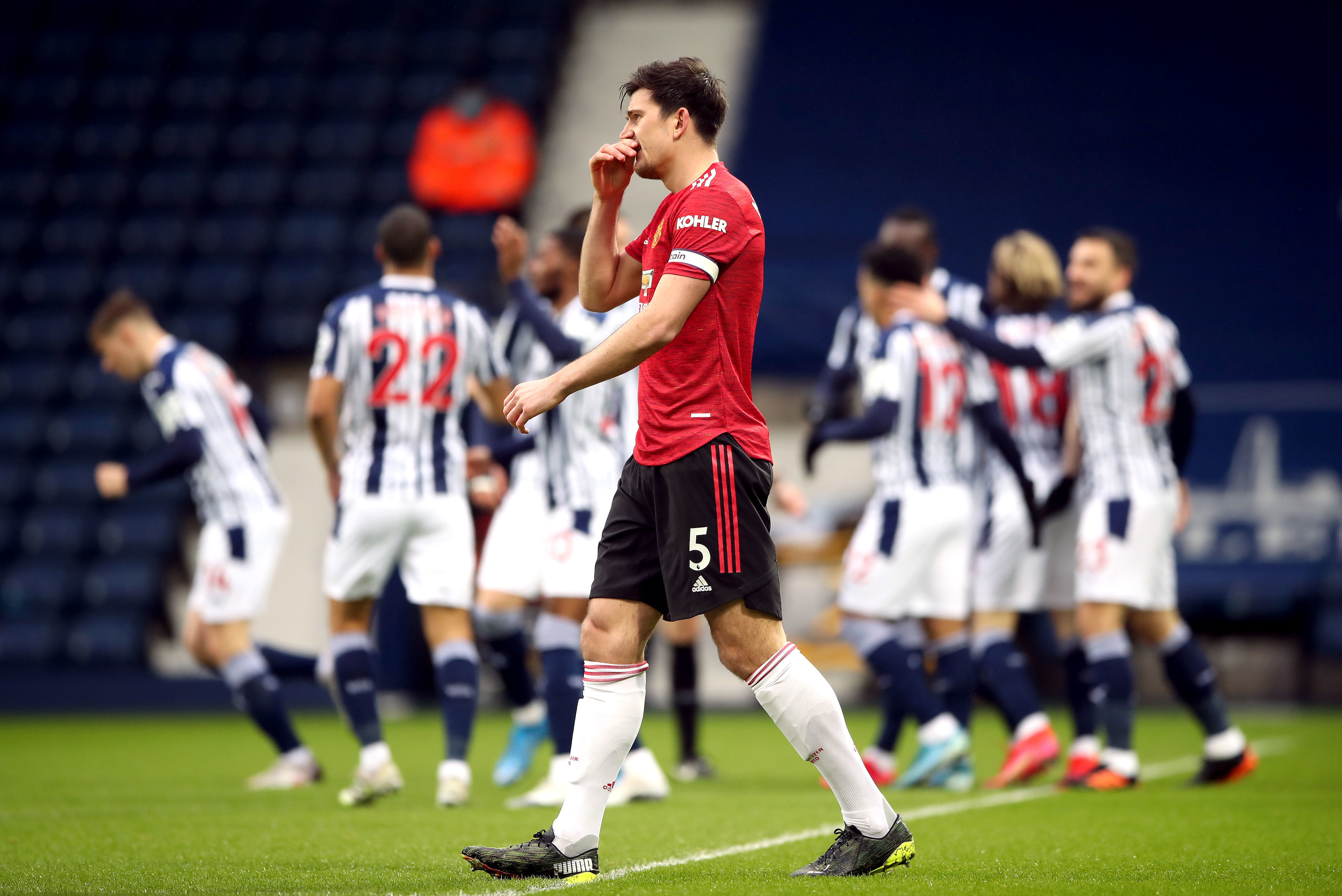 United seemed to playing at walking pace for much of proceedings, with chances at a premium under the murky, grey Midlands sky.

Bruno Fernandes, as he so often has, rescued his side with a stunning shinner on the stroke of half-time.

Boss Ole Gunnar Solskjaer threw on the likes of Mason Greenwood and Donny van de Beek, but his side couldn't manage to muster a winner.

Helpless for West Brom's opener as Diagne dominated Lindelof to stoop and power his header past him from six yards.

Showed agility to tip Robert Snodgrass' header over the bar and bailed out his skipper Harry Maguire by denying Diagne one-on-one late on.

Defended competently as usual when called upon, but didn't offer much going forward. 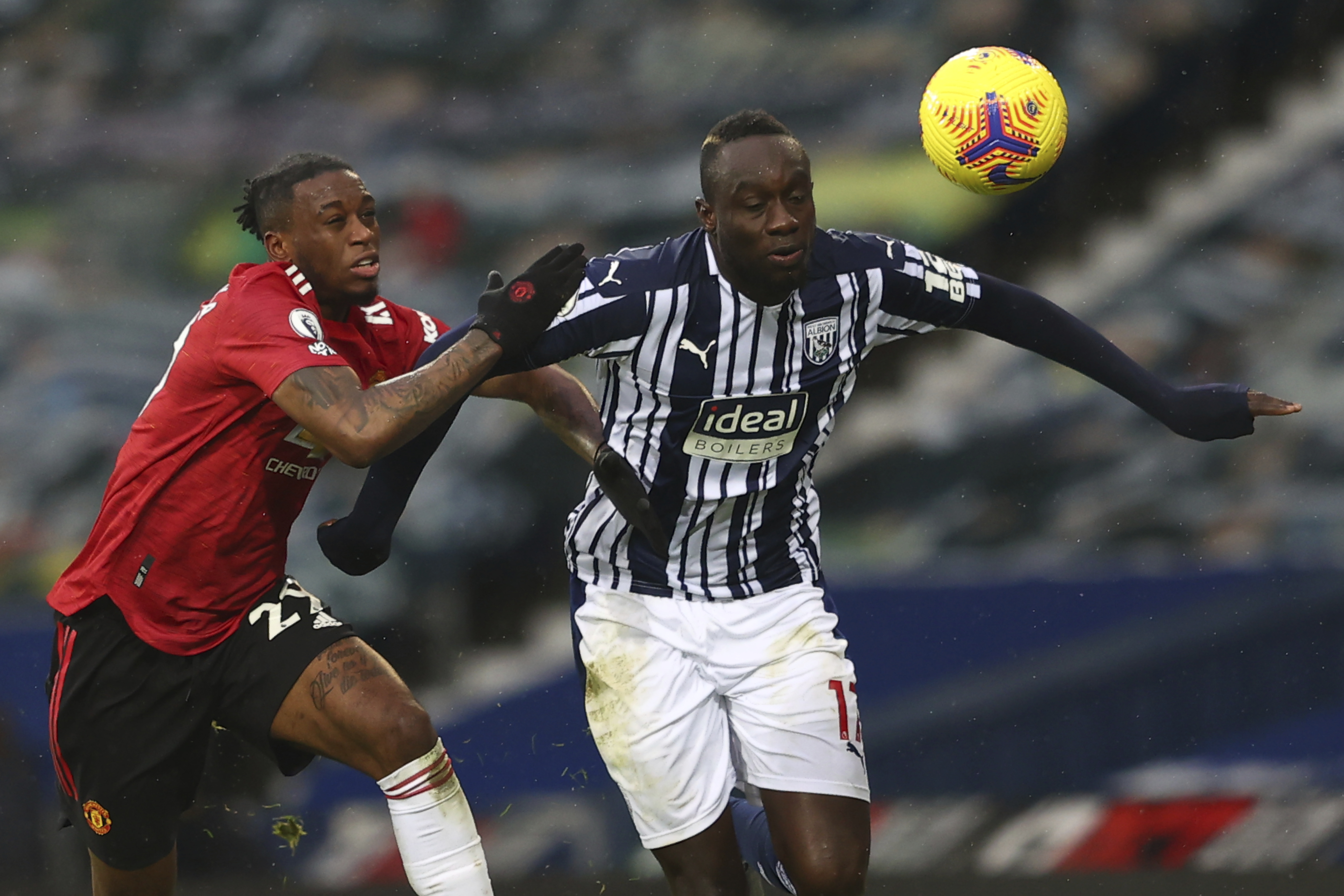 Bullied by West Brom new boy Diagne in the air within two minutes as the Baggies grabbed an early lead. Targeted by the Senegalese frontman and had little joy against the 6ft 4in handful.

Swede set the tone with his early error and never looked secure up against Diagne. 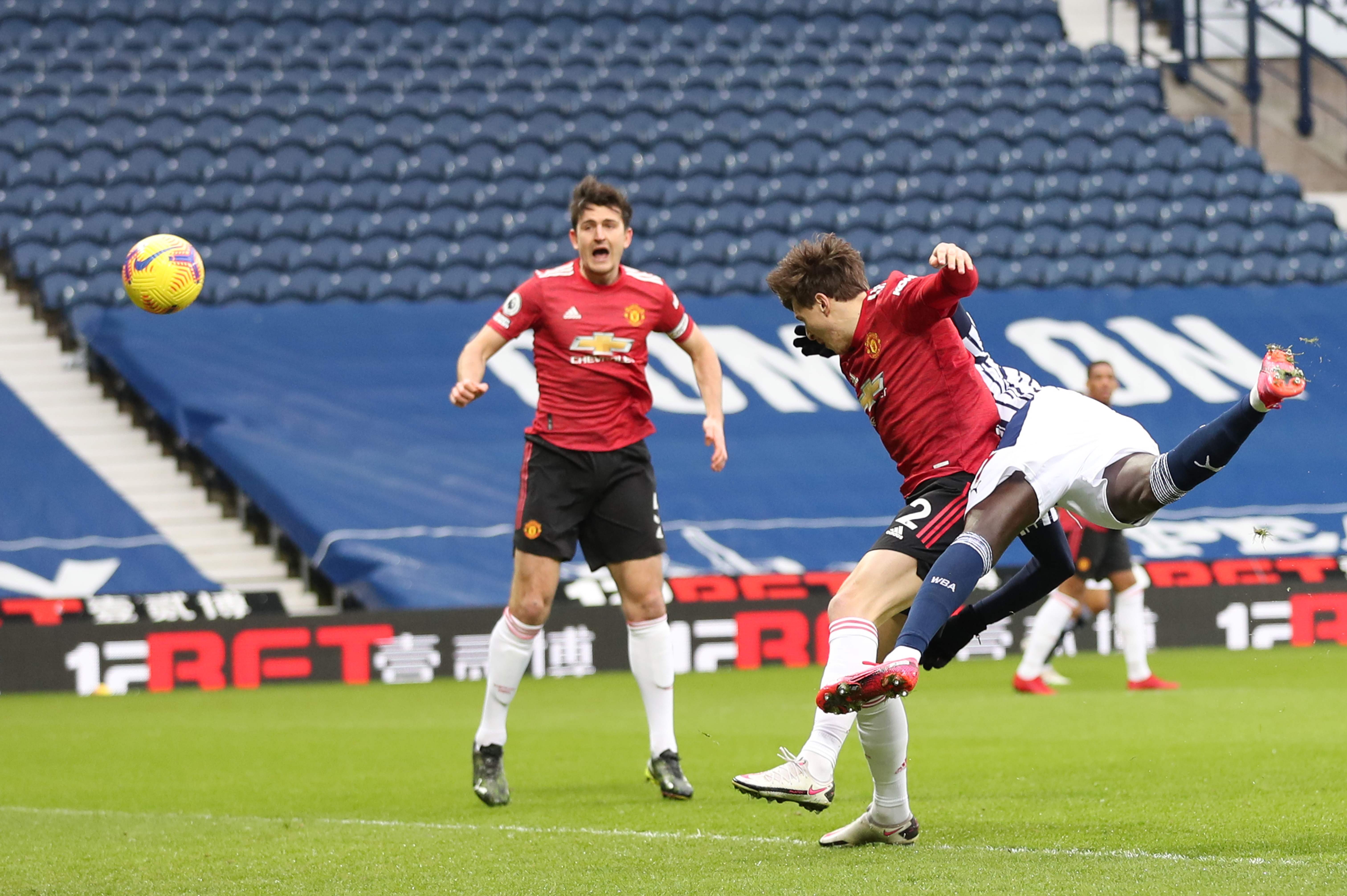 Looked to burst forward where possible, feeding Luke Shaw in the build-up to Man United's equaliser on the stroke half-time.

Threw himself to the ground under limited contact from Semi Ajayi for a spot-kick, before Craig Pawson trotted to the monitor and changed his mind.

Endured a shocking moment in the 78th minute as he was dispossessed by Diagne only for De Gea to spare his blushes, before cannoning a header off the post with mere seconds to play.

Gareth Southgate is believed to be considering handing Luke Shaw an England recall next month, and his stunning cross for Bruno Fernandes' equaliser will have provided another timely reminder of his talents.

Relatively anonymous in United's midfield, lost in the sludge of navy and white shirts that camped on the edge of the opposition penalty area.

In games like this the Scot could do with a more creative partner like Paul Pogba or even Van de Beek, so as not to shoulder the bulk of the creative burden from deep.

Saw his goal-bound effort cleared off the line by Darnell Furlong in the 70th minute. 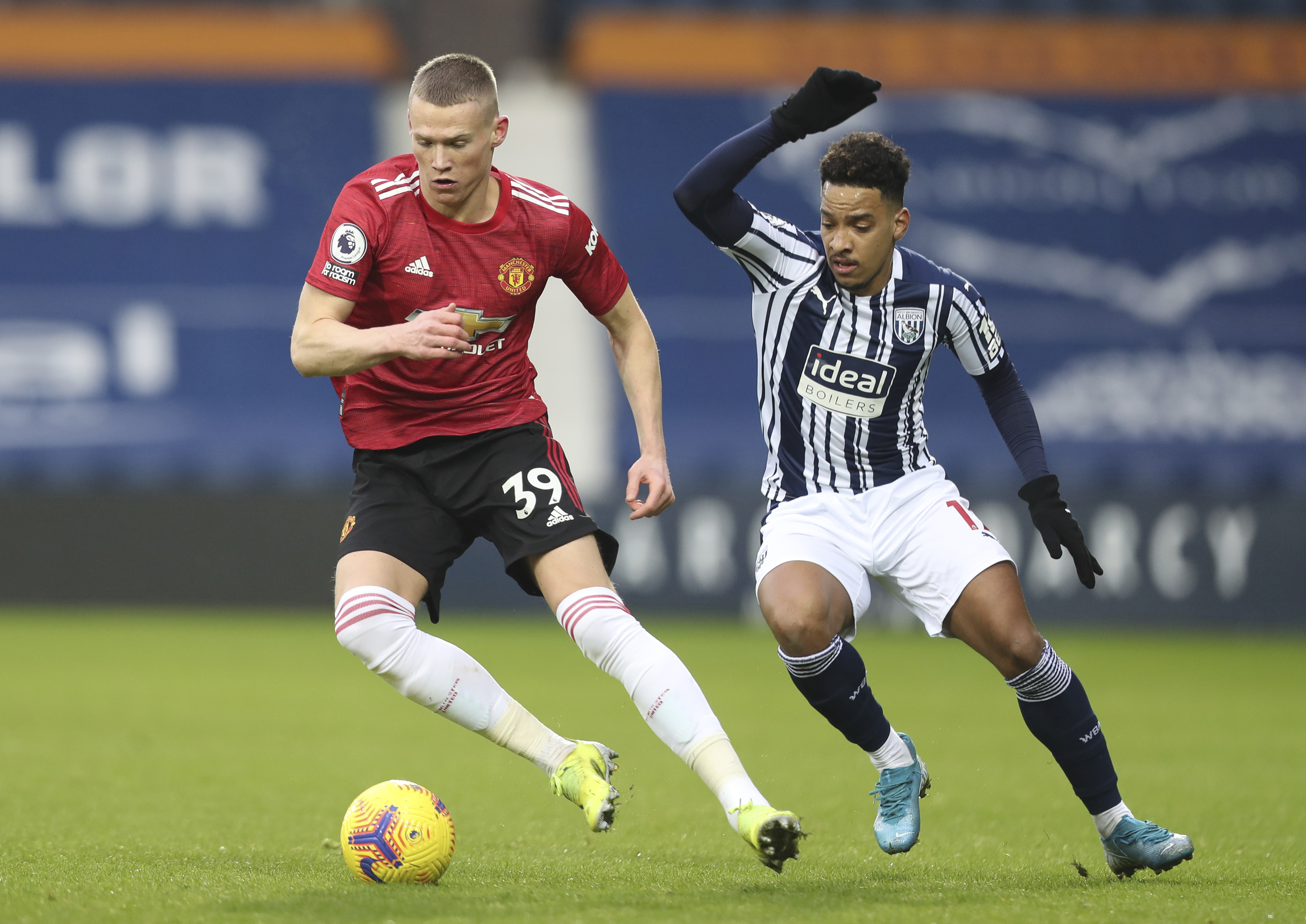 Might have shown a more clinical edge when played through early on by Fernandes, only for the flag to be raised regardless.

Deployed on his less-favoured right flank, although delivered a gorgeous cross from that side that might have found Anthony Martial. Fleet-footed as always, but not a lot quite came off for United's No10.

Lovely, delicate backheel to play in Rashford early on, although the forward was offside.

Portuguese produced a stunning volley to strike his side level on the stroke of half-time, even if it was a shinner. 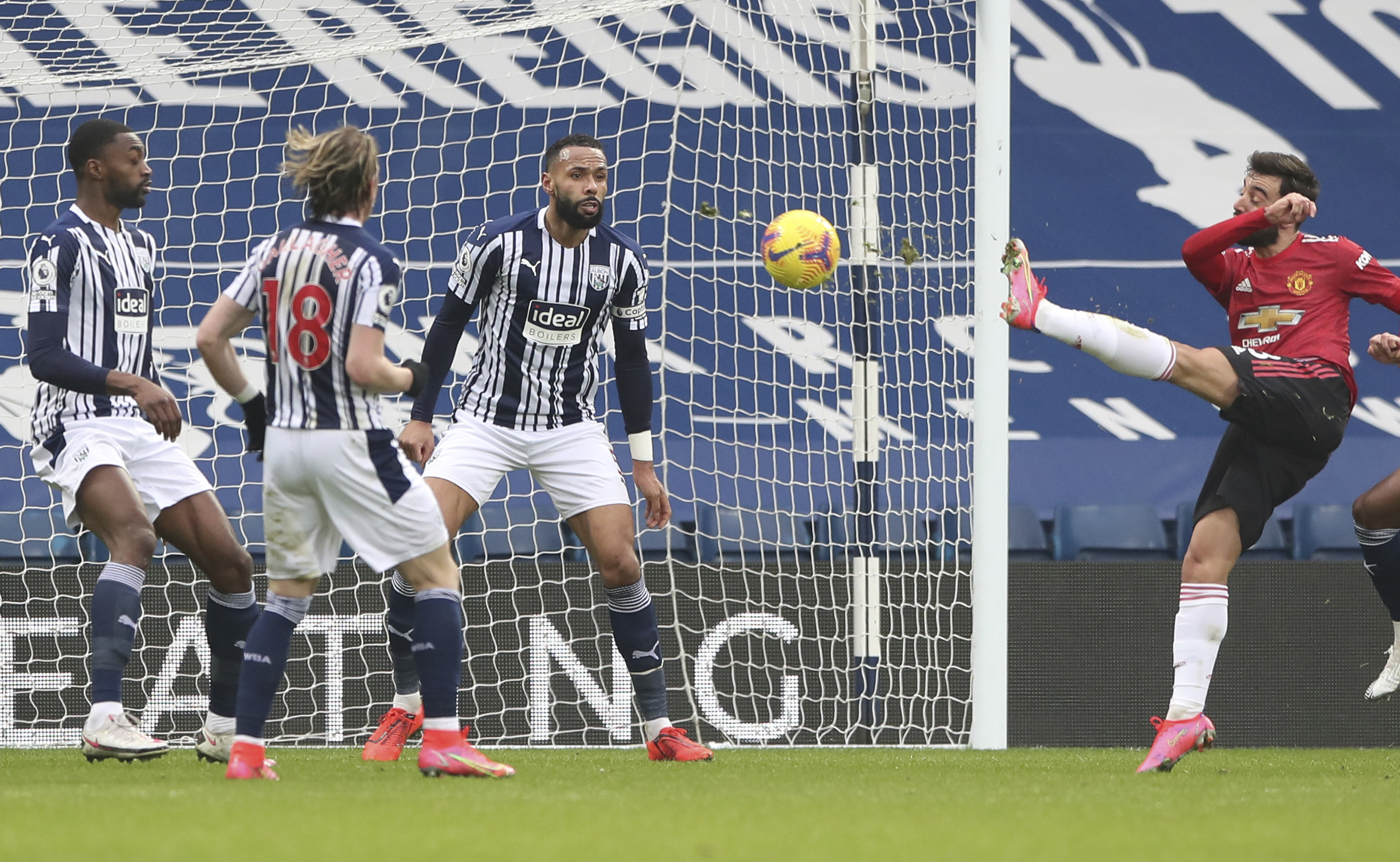 Quiet on his return to the left flank, having predominantly played up front this season. Subbed for Greenwood shortly after the hour mark.

Buzzed around trying to give West Brom defenders something to think about with his movement, although was starved of service all afternoon.

Golden chance fell to the teenager just three minutes after coming on, but his left-footed effort was denied by fellow United academy graduate Sam Johnstone.

Tried his best to make things happen for United, but it's not quite falling for the Dutchman yet.