AS OLE Gunnar Solskjaer said himself: At Manchester United, you are judged game to game. 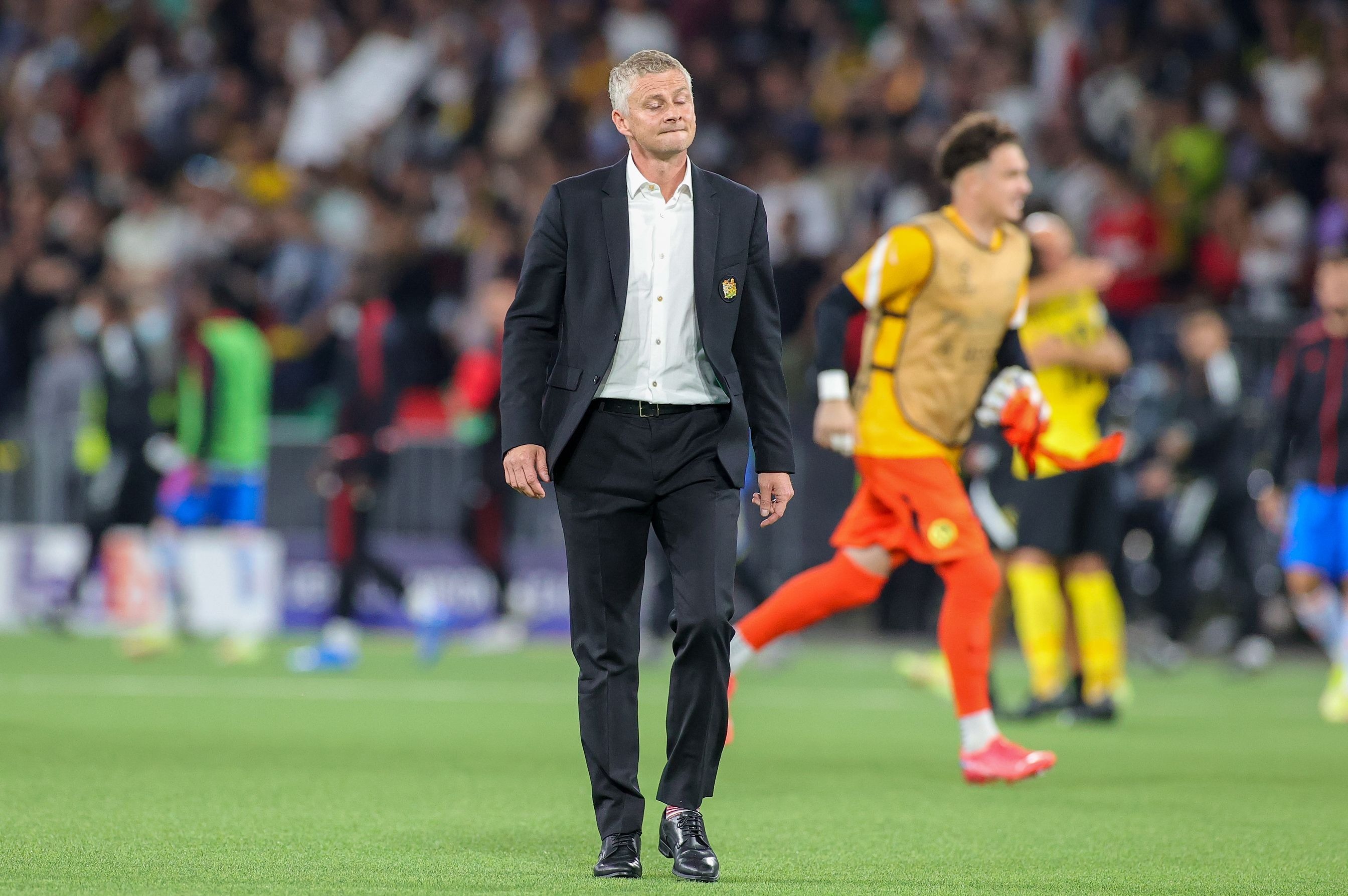 The plan Ole set in motion on succeeding Jose Mourinho as boss was now coming together.

Fast forward to Tuesday and a 2-1 defeat away to Young Boys in Bern and suddenly he is no longer the man for the job.

It was only down the road against Basel in December 2011 that Sir Alex Ferguson succumbed to defeat at the group stage and fell into the Europa League.

United had also drawn 3-3 at home to the Swiss side in September.

It can happen — and did, even during Fergie’s reign.

There is no doubt that if United fail to get out of Group F on the back of a super summer of signings, then Solskjaer will be under pressure — and rightly so.

But we are not there yet.

He could not legislate for Aaron Wan-Bissaka’s clumsy red card.

There has to be an argument for him to be dropped in favour of Diogo Dalot.

Wan-Bissaka can tackle but when it comes to controlling and crossing the ball, we could all have a go and maybe do better.

Then there was the penalty claim that was turned down when Ronaldo was barged off the ball.

Then Jesse Lingard has a brain freeze and the game is gone.

“If this was a knockout game and we go out of the competition because we go down to ten men, I am sure everyone will be kicking themselves.

“It’s fortunate that it is the first game of the group and we have loads of time to bounce back from it.

“In terms of Jesse, obviously no footballer likes making mistakes but it’s part and parcel of the game.

You can, however, question Solskjaer on the substitutions that helped hand an already-growing initiative to Young Boys.

Taking off Ronaldo with 18 minutes of normal time left signalled that Solskjaer thought the game was gone and it was time to mount a rearguard action.

But to then send on Anthony Martial in the 89th minute for defensive midfielder Fred, was mind boggling.

So the manager is not beyond reproach and this was his seventh defeat in 11 games in the Champions League.

He has a team and a squad that can challenge for the title and the highest honour in club football.

He has lost a game but the season is hardly gone.

From a third-place finish to second and now top of the Premier League, the progression under Solskjaer is there for all to see.

There is no way the blueprint laid down for success is going to be ripped up on the back of one defeat.

To watch United now compared to under Louis van Gaal and Mourinho is to see two different teams, two different clubs even, given the feeling around the Theatre of Dreams at the weekend.

Ole will make mistakes — even the great Van Gaal threw Nick Powell on up front to retrieve a bad situation when losing 3-2 to Wolfsburg in December 2015.

UNITED ARE STILL IN BEST POSITION TO WIN SILVERWARE

United failed to get past the group stage that time, too.

Solskjaer, you would hope, will have learned from the mistakes of that campaign, not least in the 2-1 defeat away to Turkey’s Basaksehir.

The memories of the ill discipline of that night came flooding back in Bern — and that needs to be eradicated quickly.

One thing Solskjaer could do with emphasising to the players is an appreciation of the away support.

Only four or five players, plus the manager, went to the corner of the ground where they were congregated to clap their efforts.

Yes, the players were dejected but as one fan pointed out to me, so were they.

And they were the ones who had to queue for two hours in Manchester airport to get a flight and pay for all the Covid protocols.

That was before the rather overenthusiastic tester at the EXPO building in Bern stuck a pipe cleaner so far up your nose it almost came out your ear.

So not a great experience.

But it’s game one, United are top of the league, breathe.