JADON SANCHO has given a rave review of Marcus Rashford – as Manchester United close in on a £90million deal for the winger.

In a wide ranging interview, the Borussia Dortmund star named the United and England star as one of the most skilful players in the world, as plans to united the two at Old Trafford move closer. 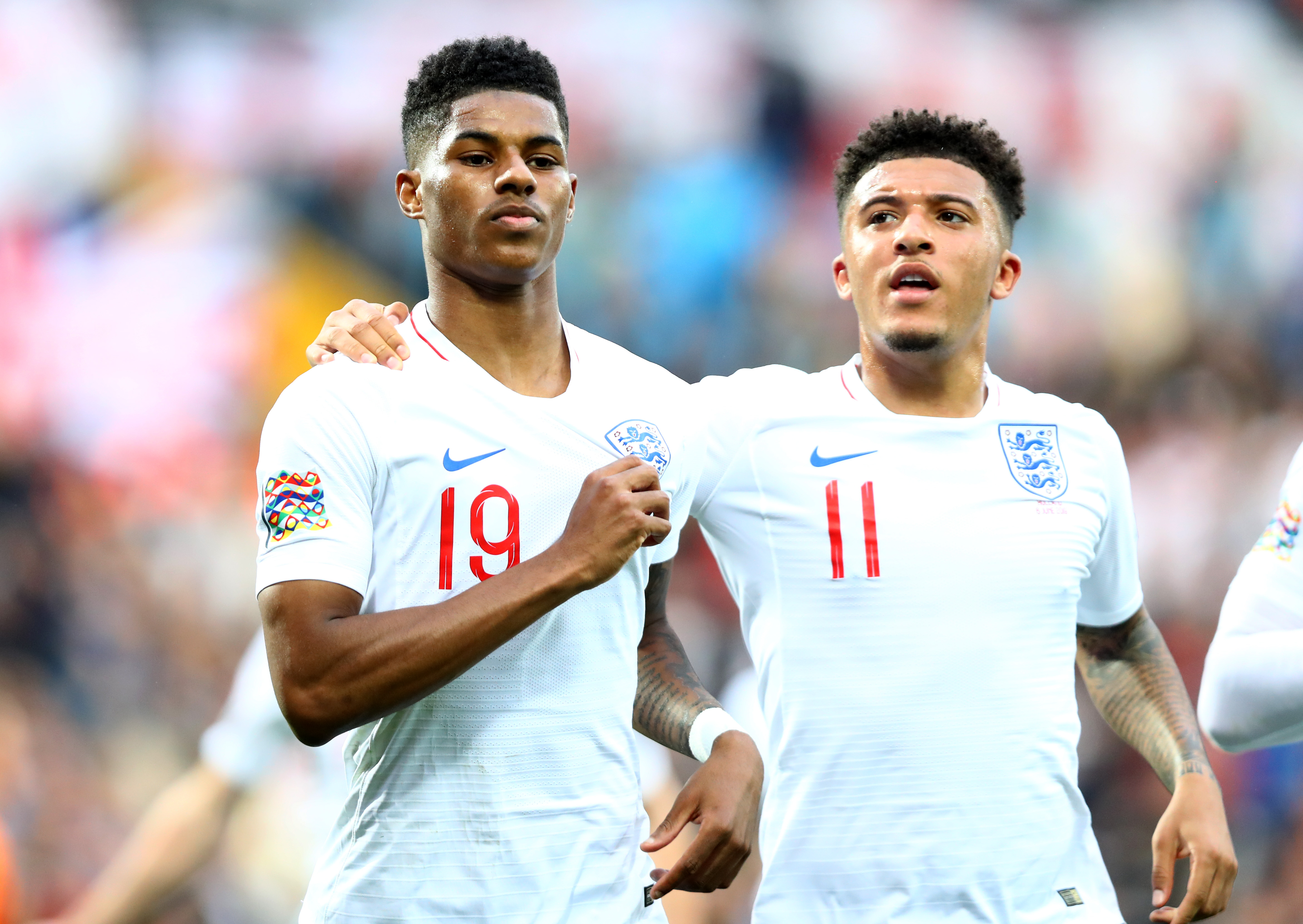 England ace Sancho, 20, has admitted United hold the ace in getting him to sign on the dotted line, with Rashford already at the club.

Sancho also said he wants to win the Ballon d'Or, the Champions League – and the Euro 2020 finals with England.

In answer to the most skilful player he has played alongside, Sancho toldPro: Direct Soccer: "Marcus Rashford."

He said in the interview with YouTube sensations Chunkz and Filly that Brazilian world record signing Neymar was the most skilful player, followed by Rashford.

He said: "Has to be Neymar. And Marcus Rashford."

Speaking about his hopes for the future, Sancho said: "Personally Ballon d'Or that would be great. Winning the Champions League. If you work hard, all that is achievable.

"Obviously the Euros coming up, big one for England, hopefully progress and make it to the final. Then there's the World Cup."

The former Manchester City starlet also told the duo about his difficult times growing up in Kennington, South London.

He said: "From the age of seven I went to boarding school.

"I had to change my ways. At eight or nine that was when I had the manners and started to conduct myself better.

"I just had to motivate myself. When I left home that was the toughest year I had once I left my mum or sisters.

"All I knew was south London. My head was just gone. I was getting into detention."

When asked about his influences on and off the pitch, he said: "On and off, it hasn't been just one person. When I see my friends play that motivates me.

"When they do well that motivates me. And also people that helped me like my mum and dad."

Sancho also spoke about joining Dortmund as a 17-year-old and leaving England.

He said: "It was crazy. Playing in England I would never have thought my path would take me to Germany, I thought this was a mad step."

Sancho also spoke about the help his first club, Watford, gave him as a seven-year-old, moving him to boarding school.

He said: "Watford educated me. They said if you don't fix your head. Then I went out Manchester, further away from London.

"I learnt how to adapt. I went into digs. I was happy by myself by then."

United are said to have agreed personal terms with Sancho to bring him back to England.

They have until October 5 to agree a fee with Dortmund.