DOZENS of riot police and an army of stewards were on patrol today outside Old Trafford ahead of Manchester United’s first home game since protesting fans stormed the stadium earlier this month.

Mounted police, dog handlers and CCTV operators were part of a huge show of force aimed at ensuring this evening's match against Leicester City goes off without incident. 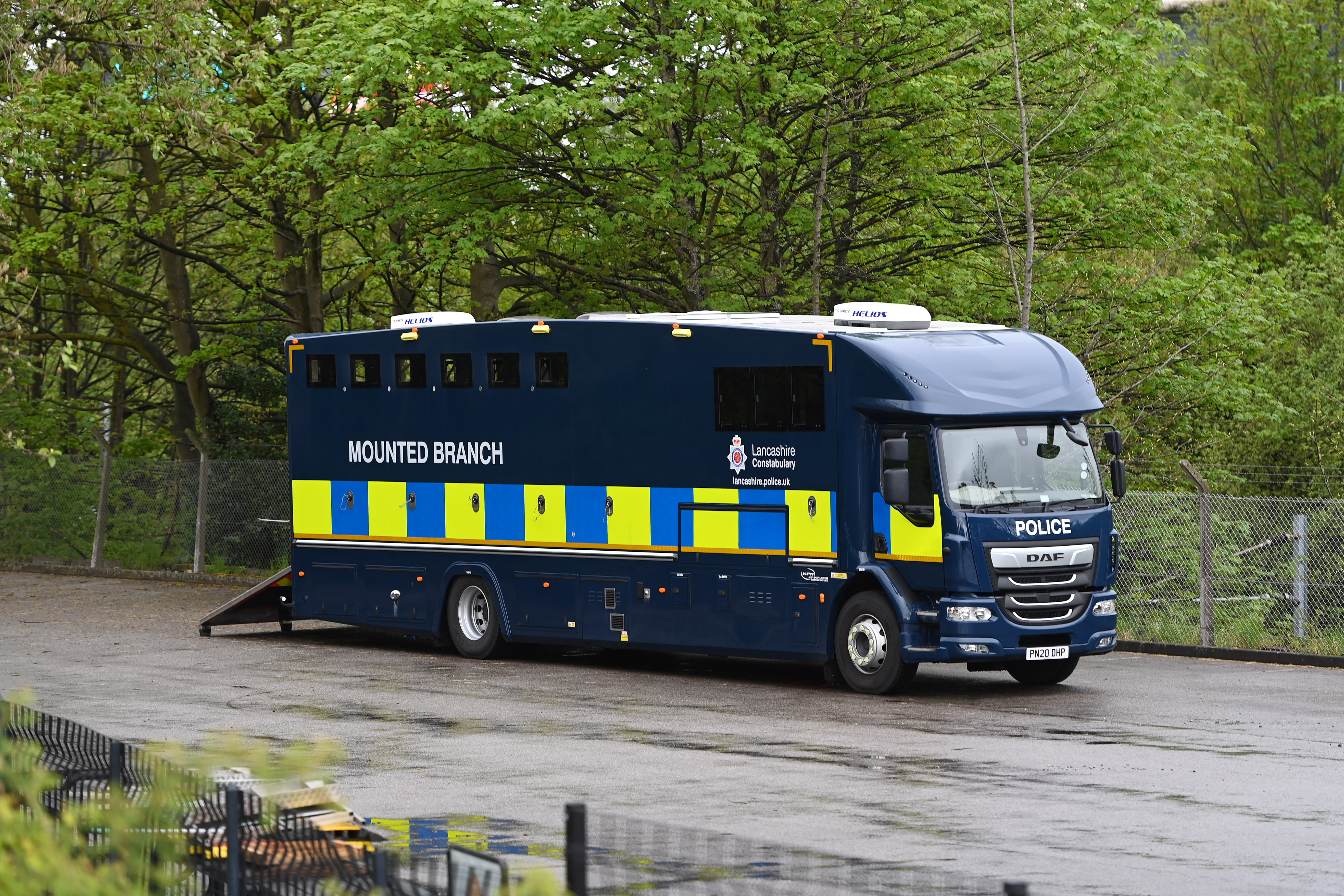 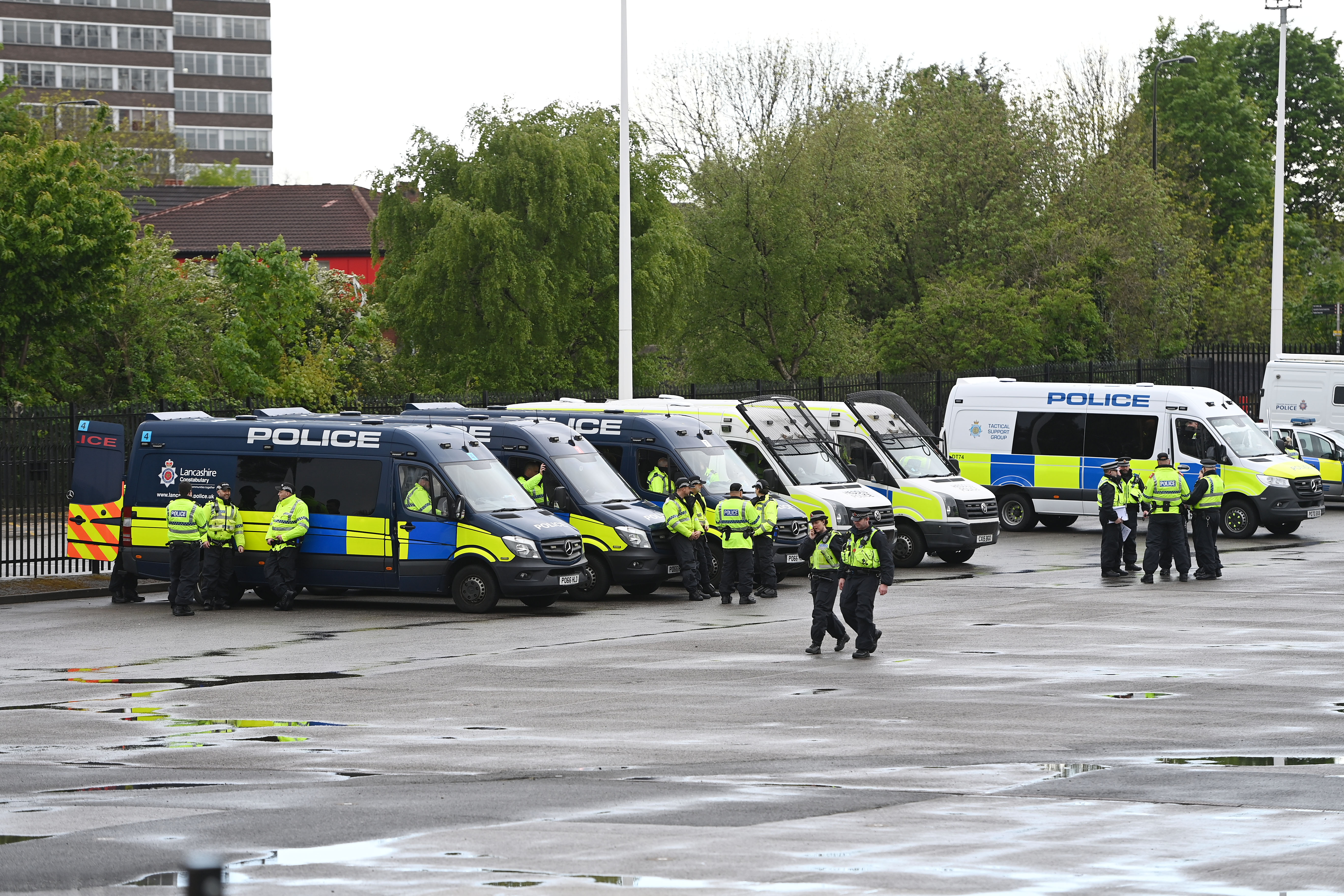 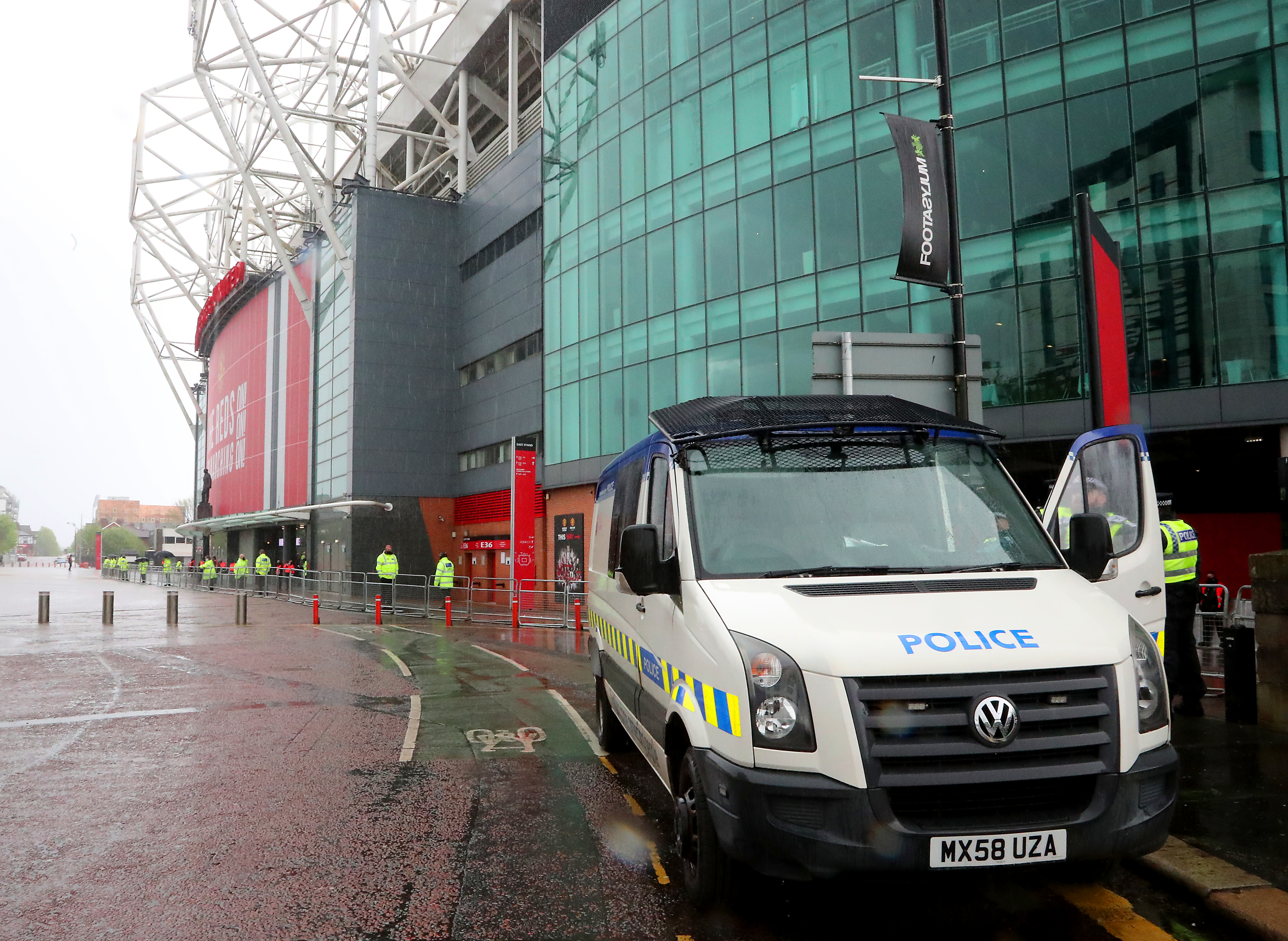 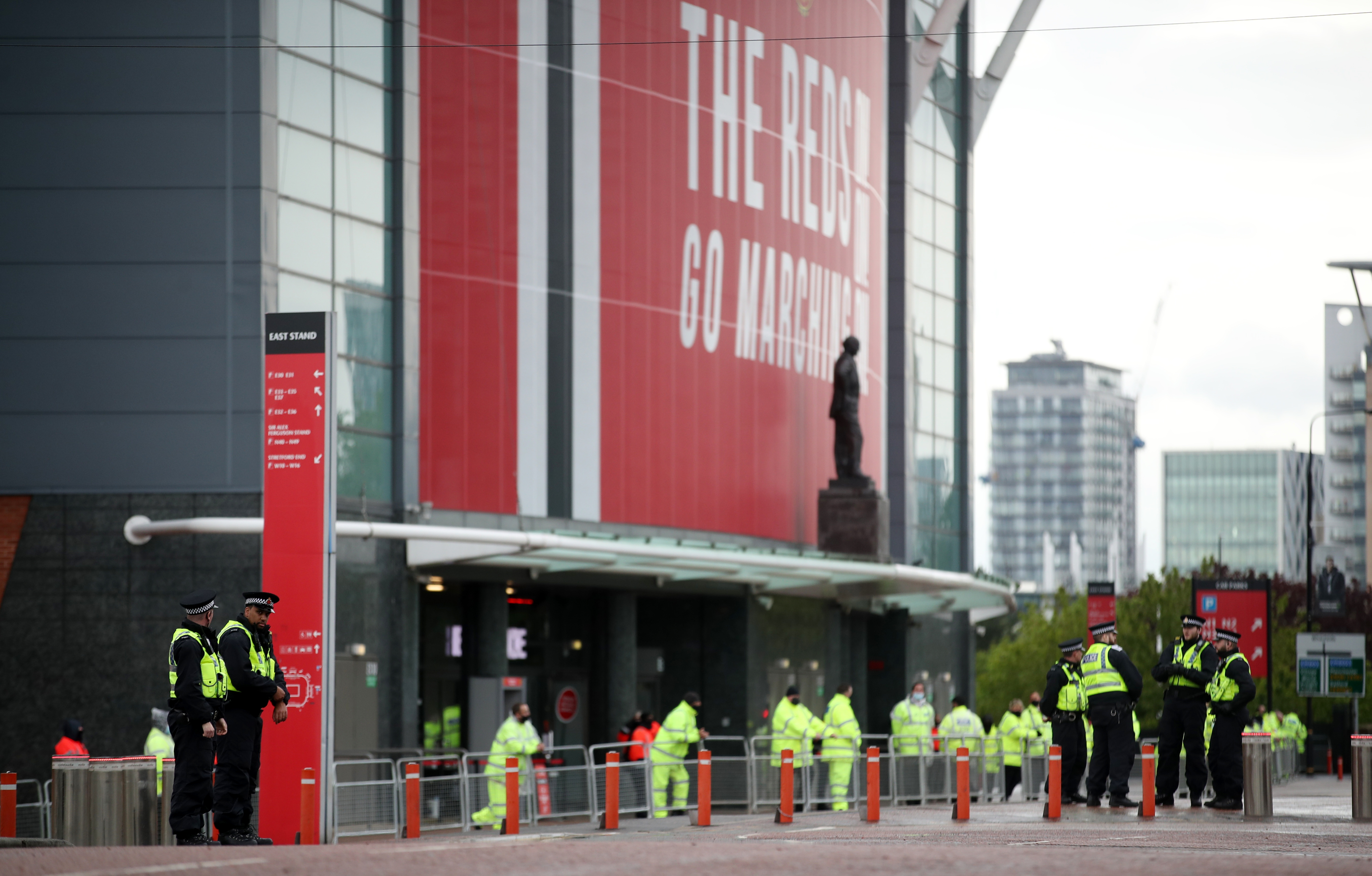 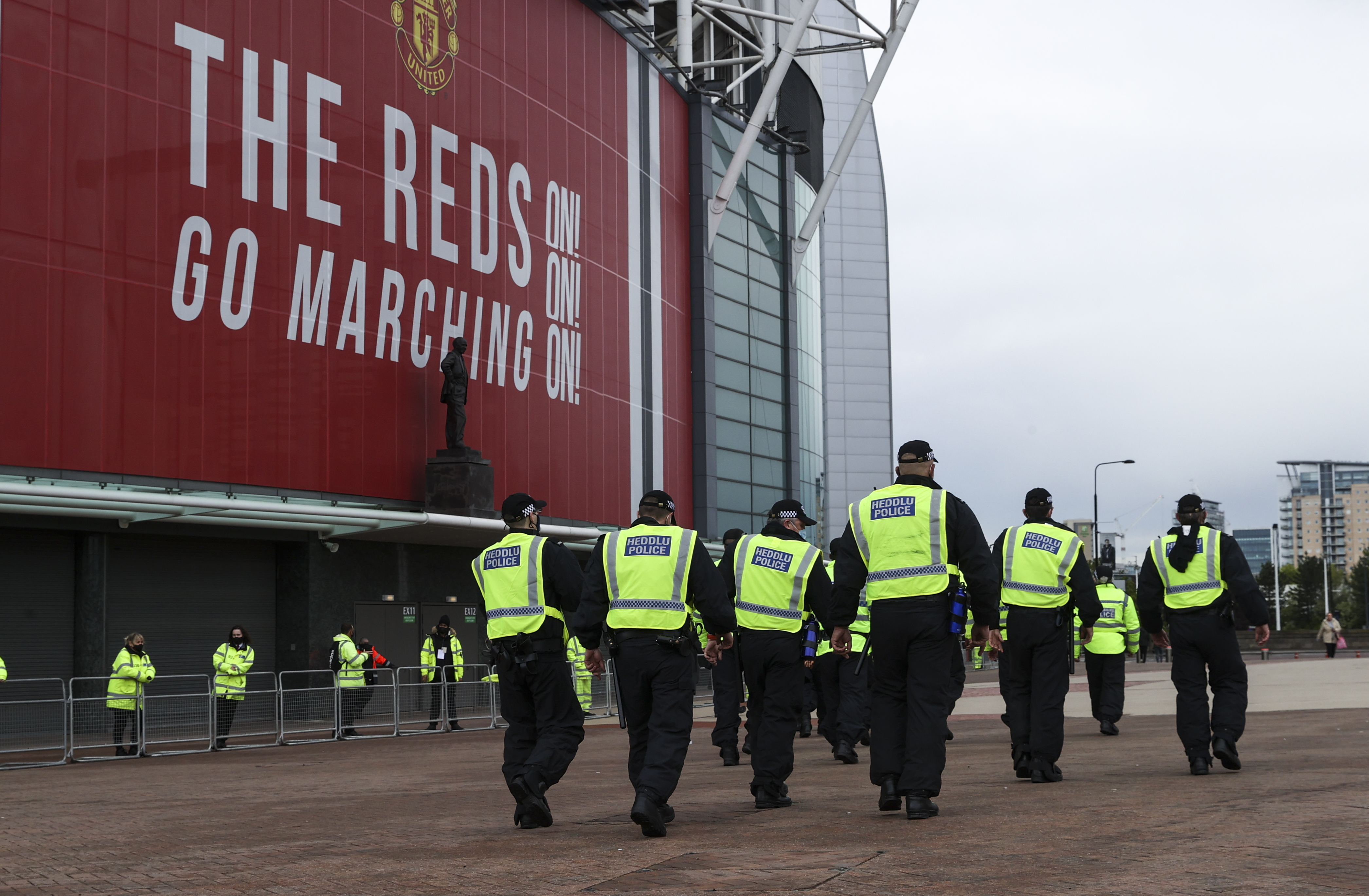 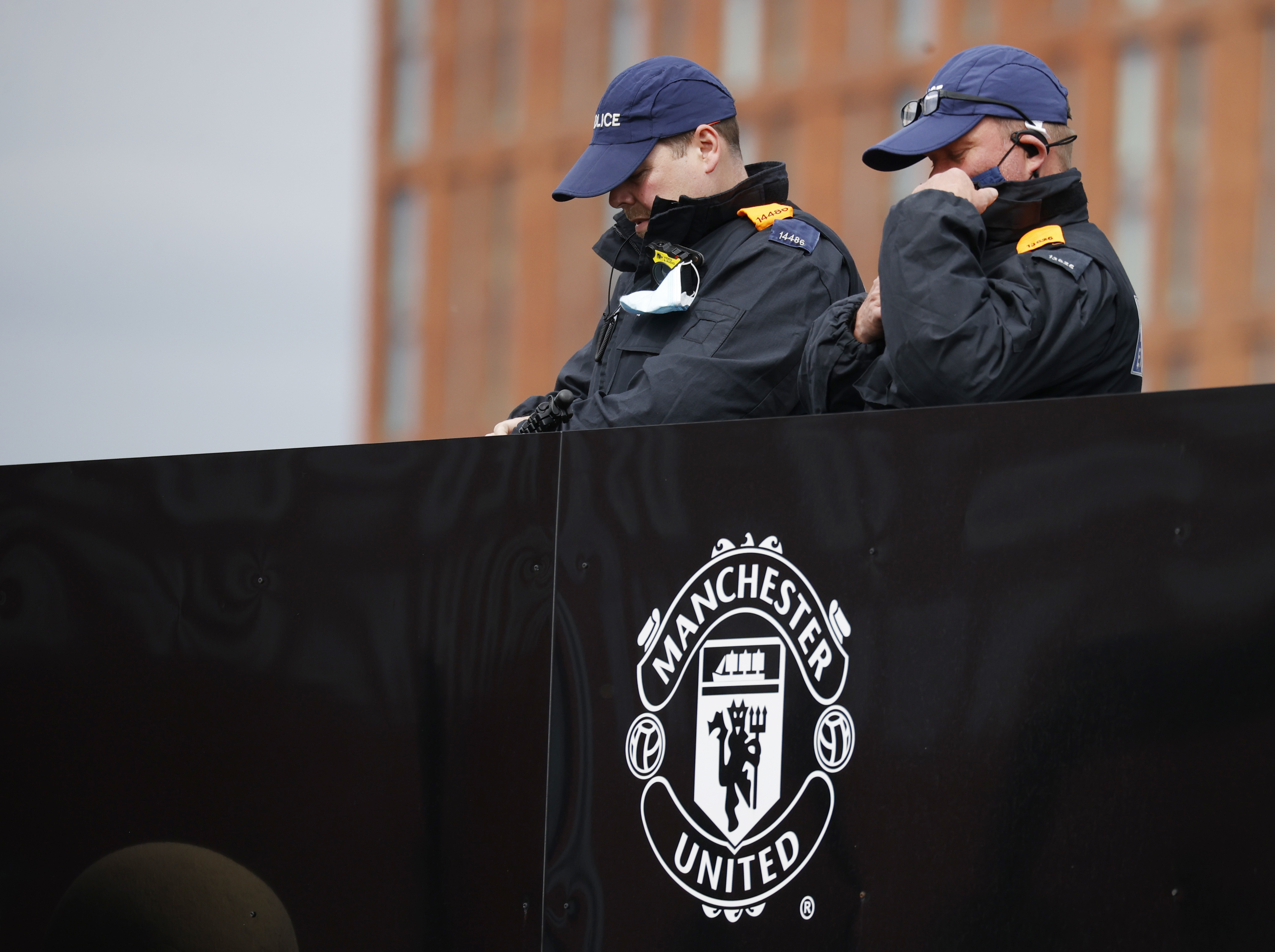 Sir Matt Busby Way – the road leading up to the ground – has also been closed off to vehicles for the first time this season.

And 10ft fences have been erected around vulnerable parts of the stadium due to fears that fans unhappy with club owners the Glazer family may attempt to disrupt the game.

The huge show of force came as club bosses tried to prevent a repeat of ugly protests which saw around 100 fans storm the Old Trafford pitch and six police officers injured, which cause the May 2 fixture against Liverpool to be postponed.

Other groups of fans also protested outside the Lowry Hotel where Ole Gunnar Solskjaer and his team stay before games.

A source said: “Senior officers are preparing for the worst even though no protest is being planned tonight. They have called in lots of officers and had them at the ground for several hours.

“It’s a show of force to send out a message that what happened before the Liverpool game won’t be allowed to happen again.

A Greater Manchester Police spokesman said: "GMP has significant experience in policing public demonstrations and live events, and officers liaise with local football clubs as well as the GM Safety Advisory Group on a regular basis to ensure that football fixtures pass with as little disruption as possible.

"Each operation is thoroughly planned based on the intelligence and information we have available so that we can ensure that everyone in attendance, the local community and our officers are safe so that everyone can enjoy the game. 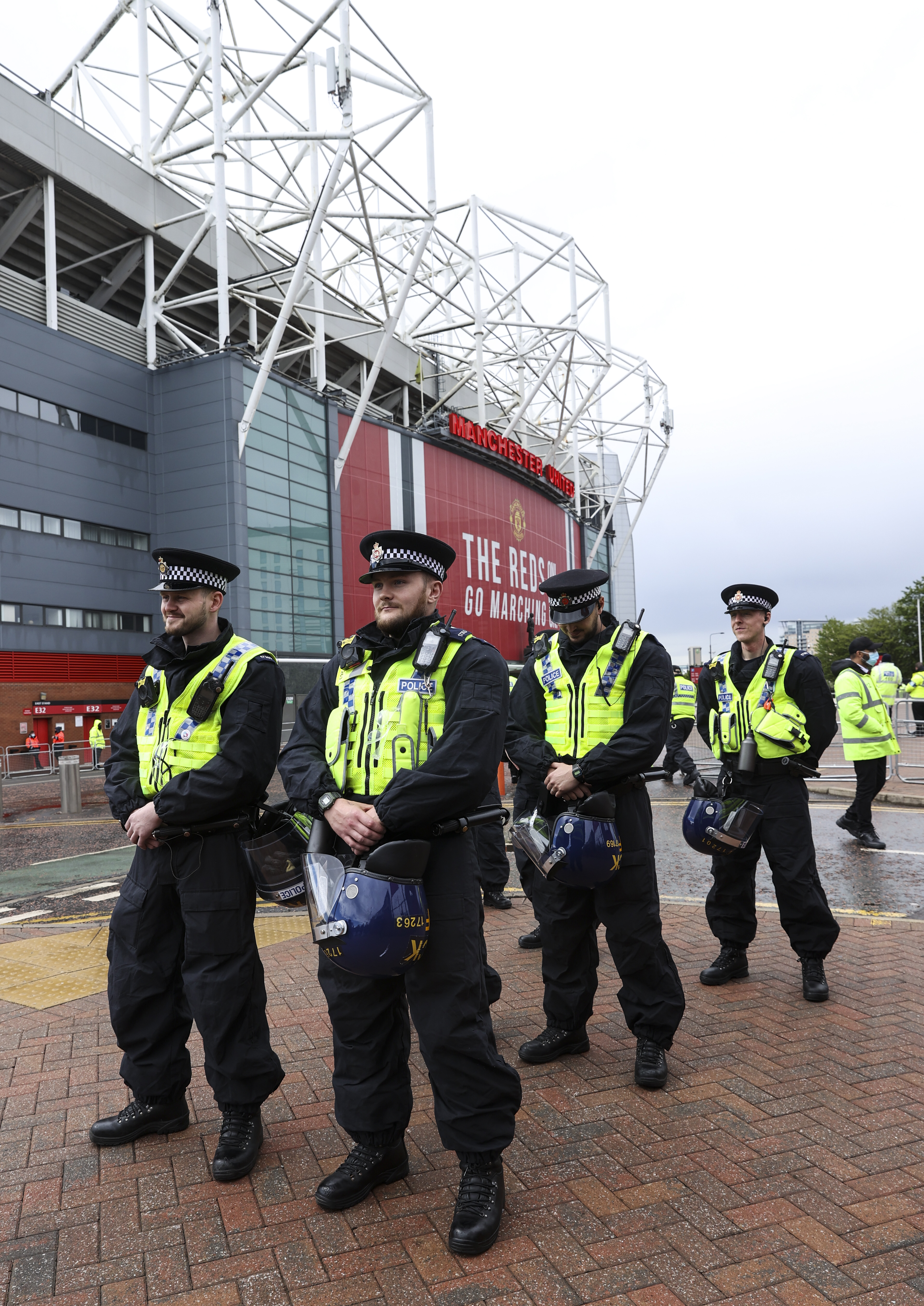 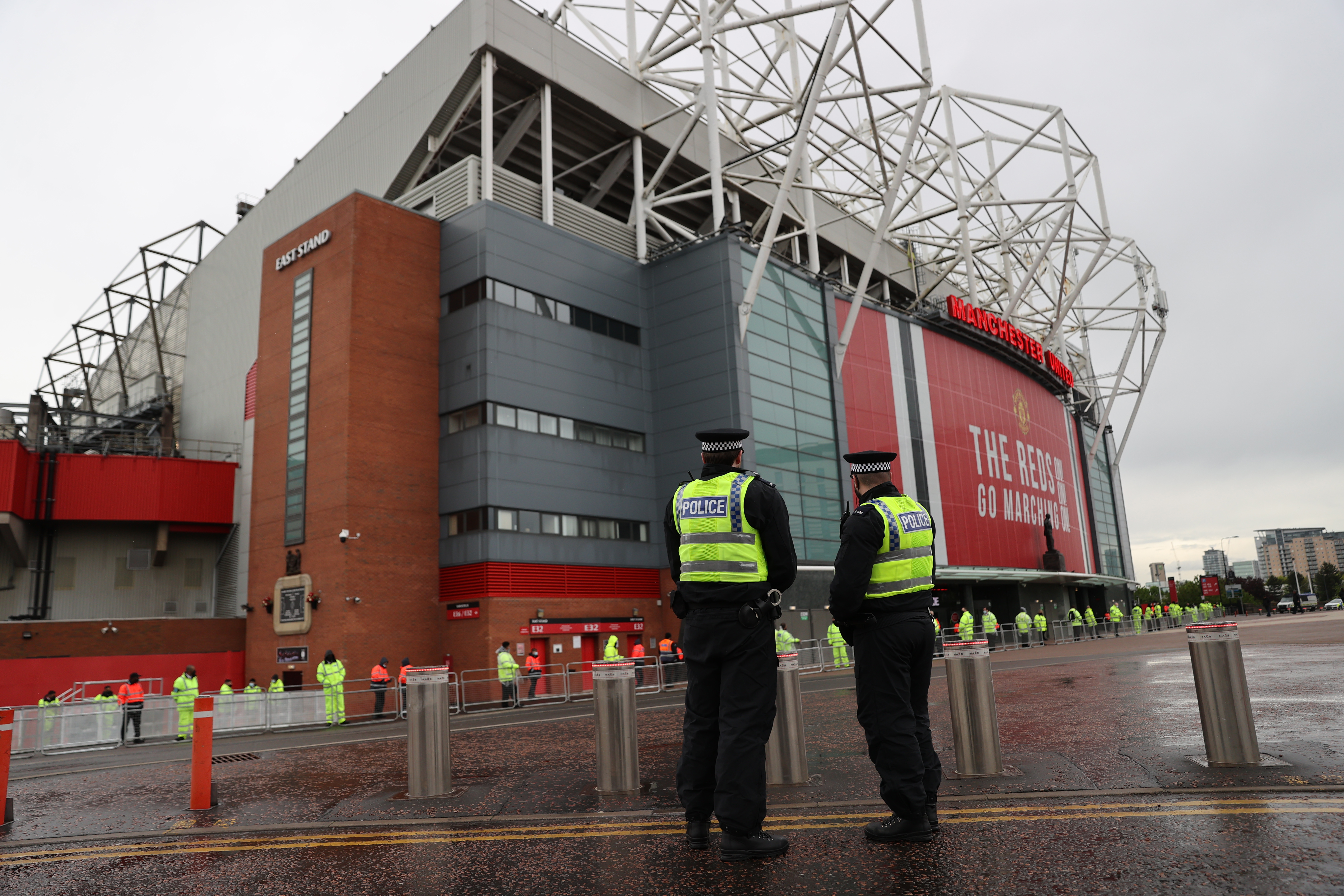 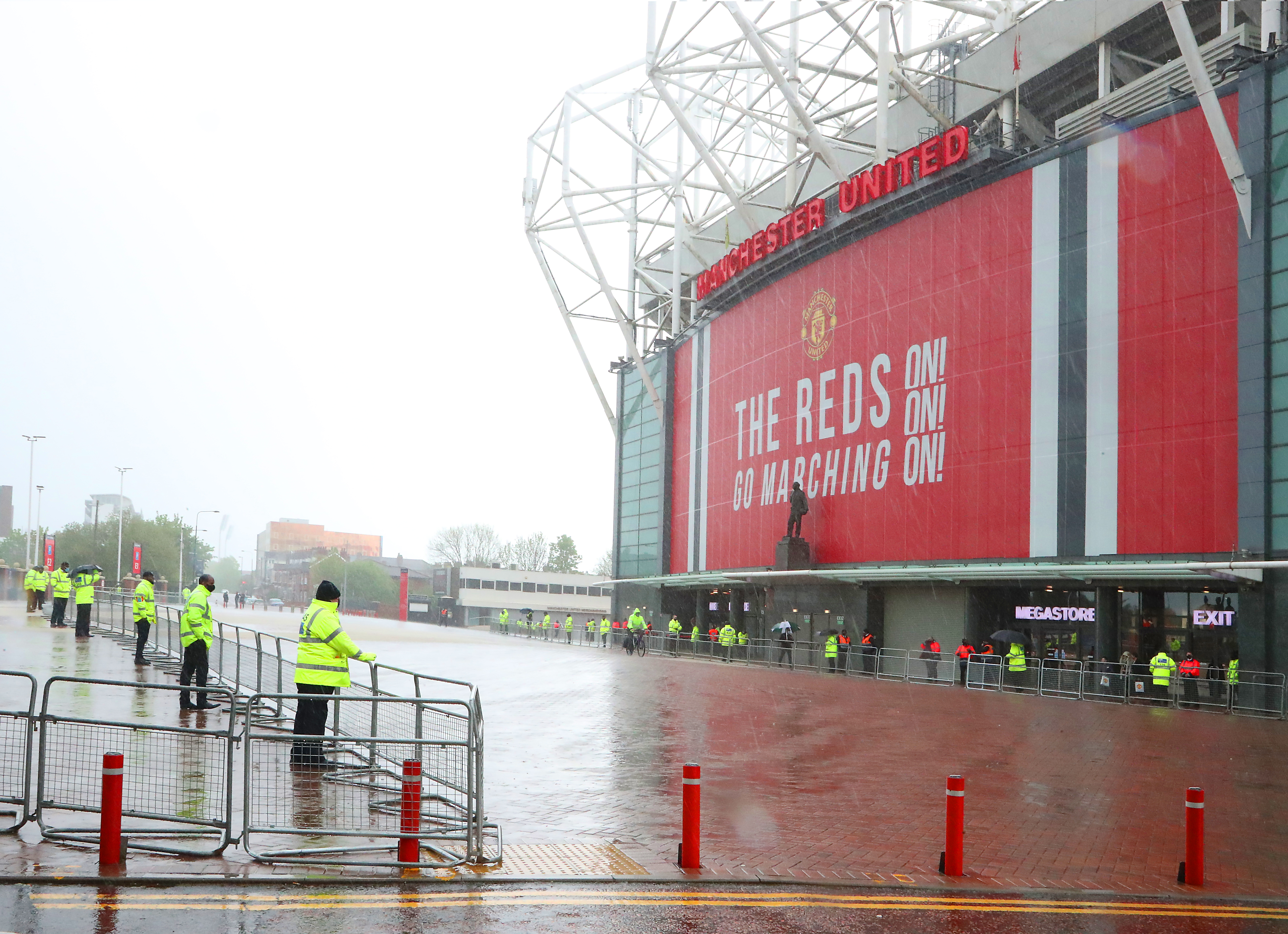 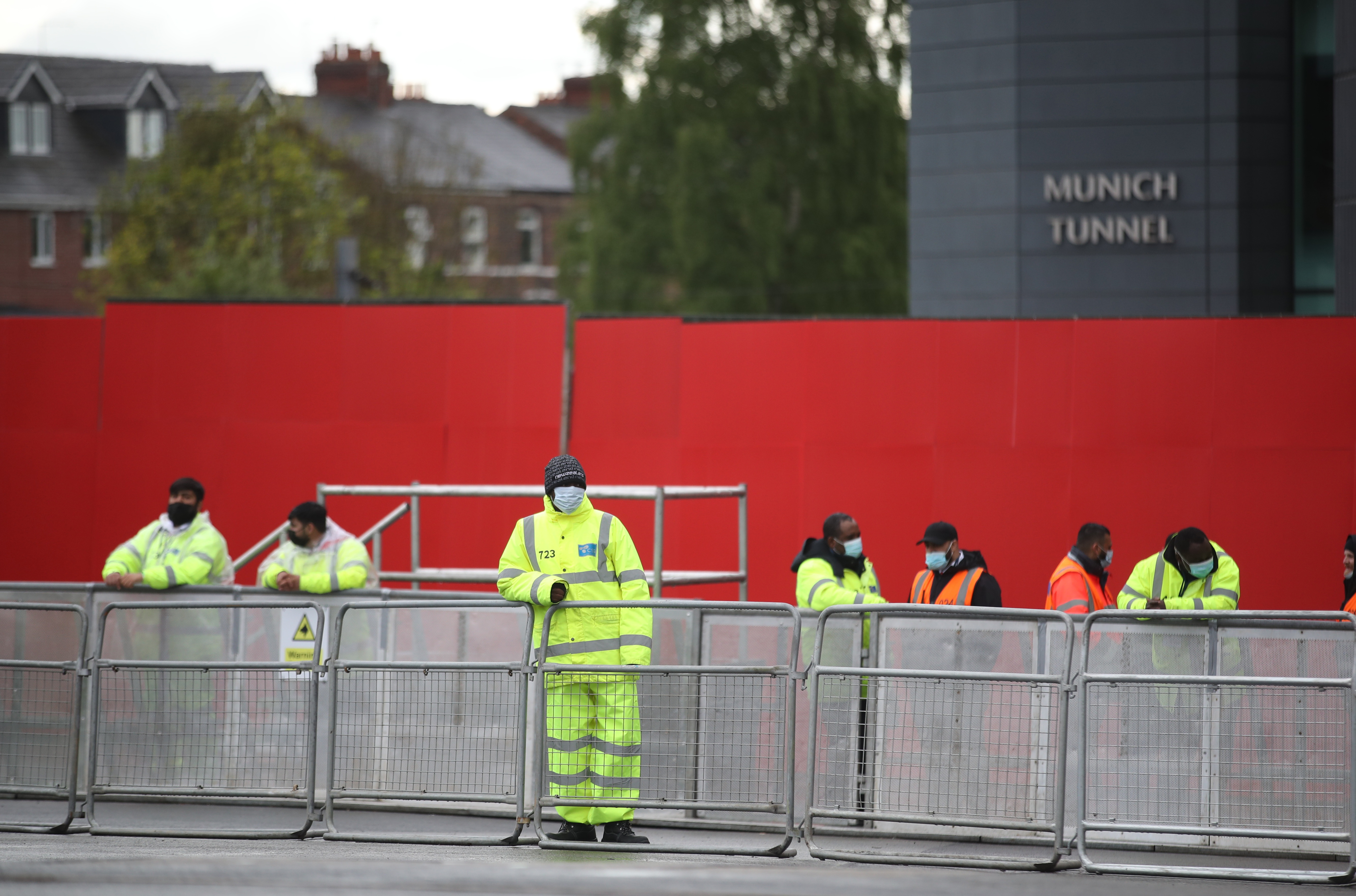 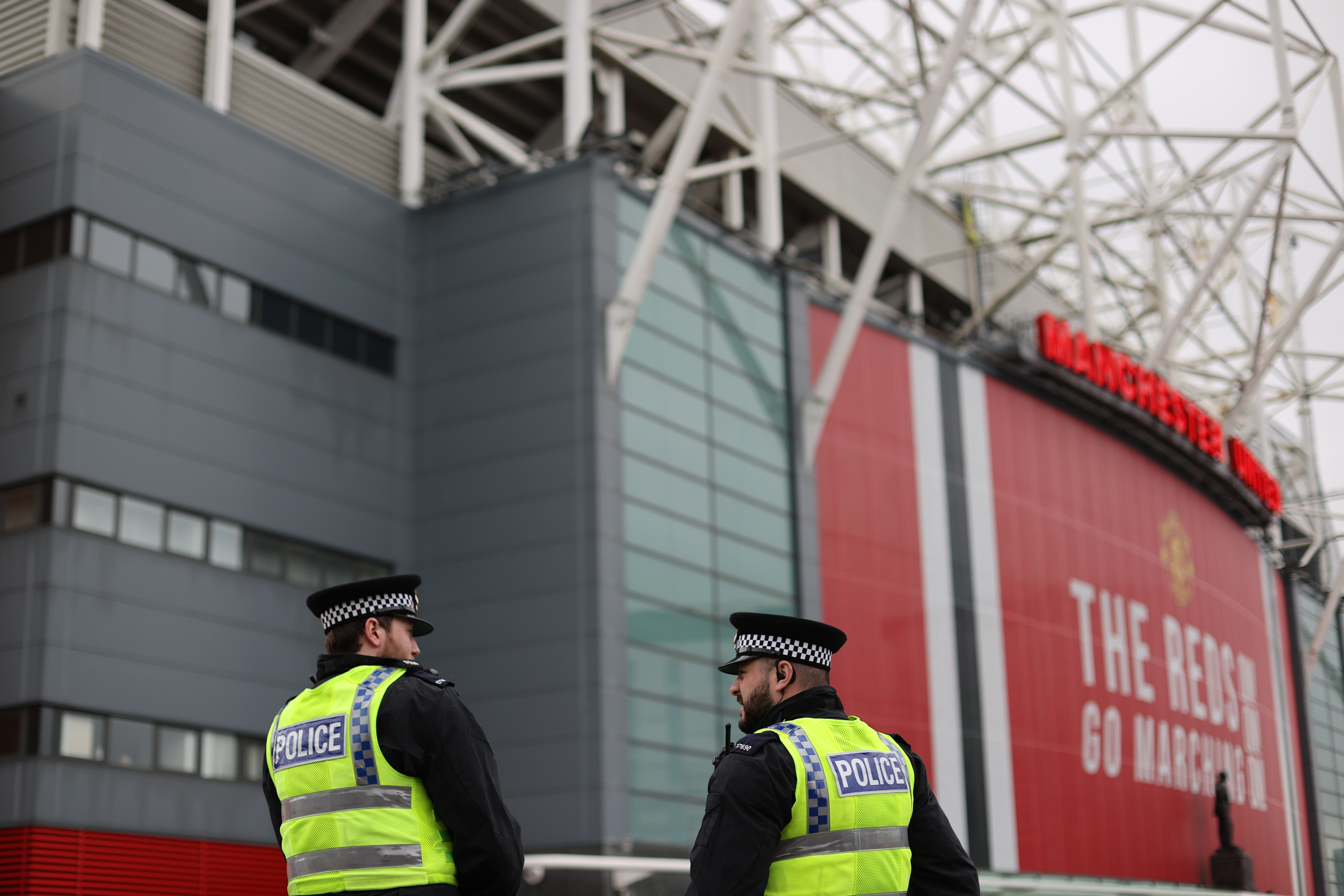 "We have reviewed our approach again following the events of last weekend and planned appropriate resourcing to ensure the safety of all those present at this weekend and next week's fixtures."

Trafford council confirmed Sir Matt Busby Way would be closed to traffic for both the Leicester and re-arranged Liverpool game on Thursday.

A council spokesperson said: “Trafford Council did not close the road to vehicles during the lockdown as no fans were attending the games.

"Sir Matt Busby Way was closed for the last Liverpool game and will be for the next two because of potential protests and to ensure fans’ safety.”