THE last time Port Vale won at Wembley Oh Carolina by Shaggy was topping the charts.

But today they ended a THIRTY-YEAR wait to win on the hallowed turf and clinch promotion to League One to the joy of their celebrity fan Robbie Williams. 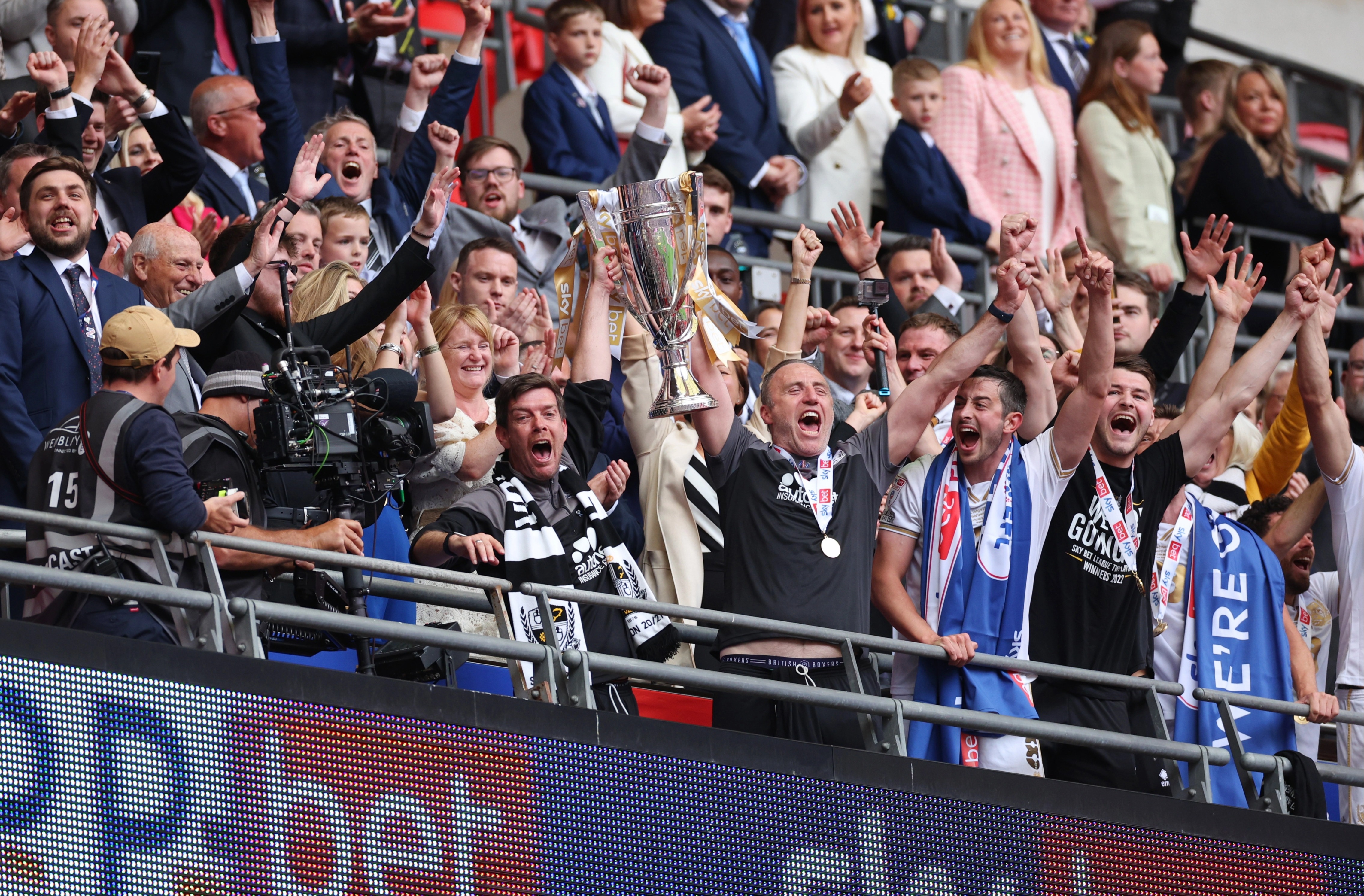 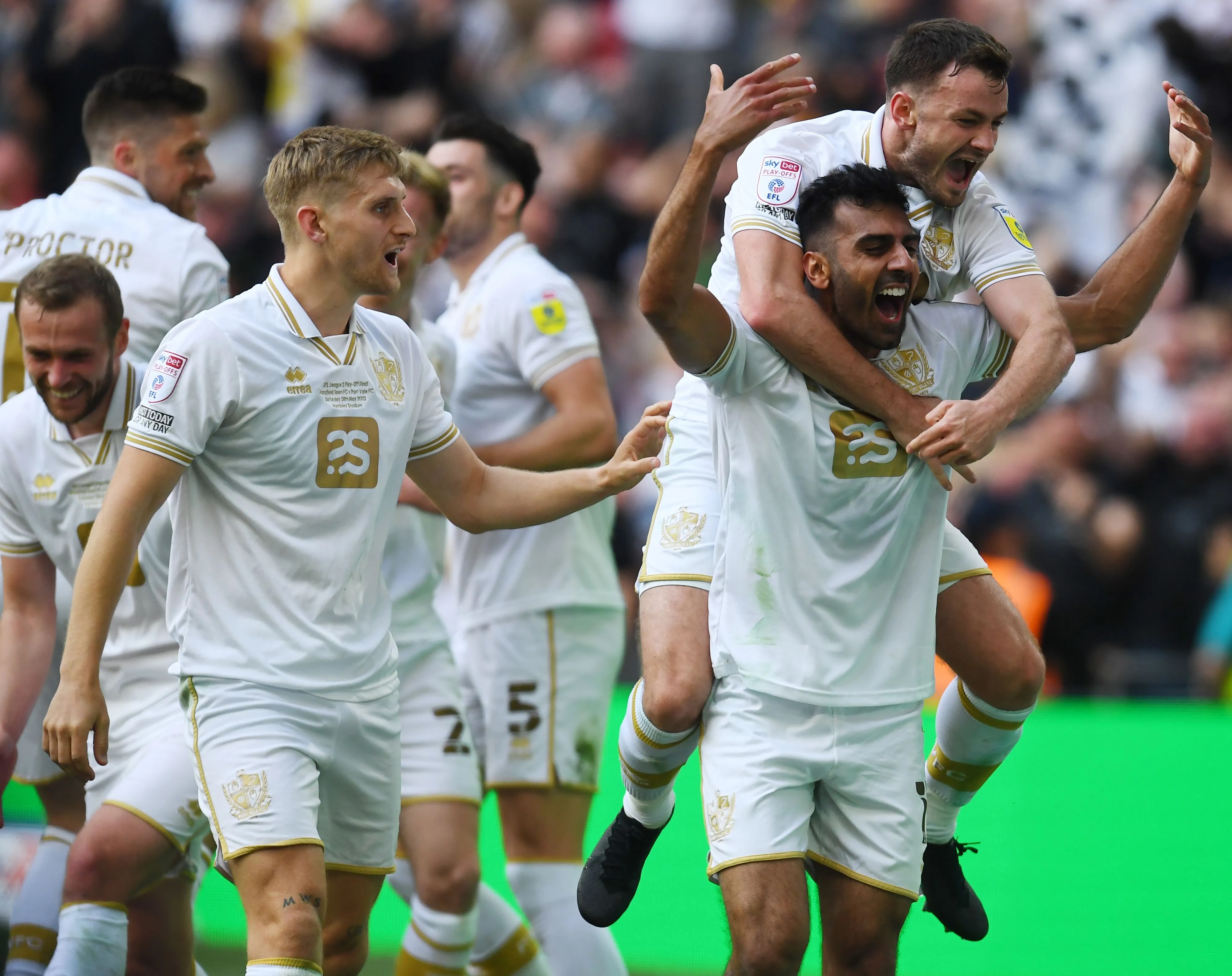 The pop star singer will be performing for the first time in his home town in front of 20,000 packed into Vale Park next Saturday — and what a party that is going to be after their glorious afternoon under the arch.

The Valiants ran riot and were two goals up after 24 minutes with goals from Kian Harratt and James Wilson.

Oli Hawkins ruined any chance of a Mansfield comeback after his 35th-minute sending off for two bookings. 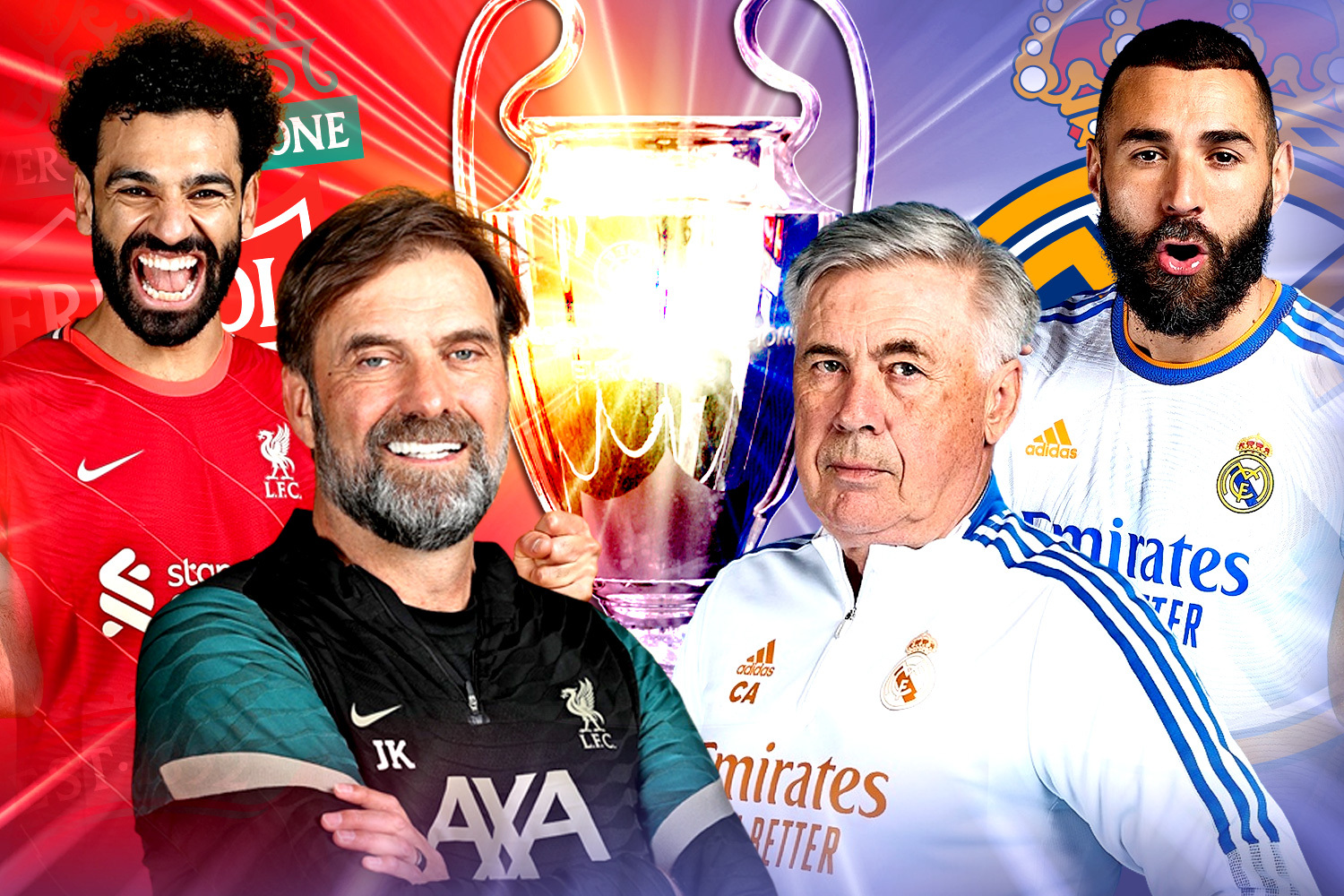 Madrid name starting XI with Rodrygo, Bale and Hazard on the bench 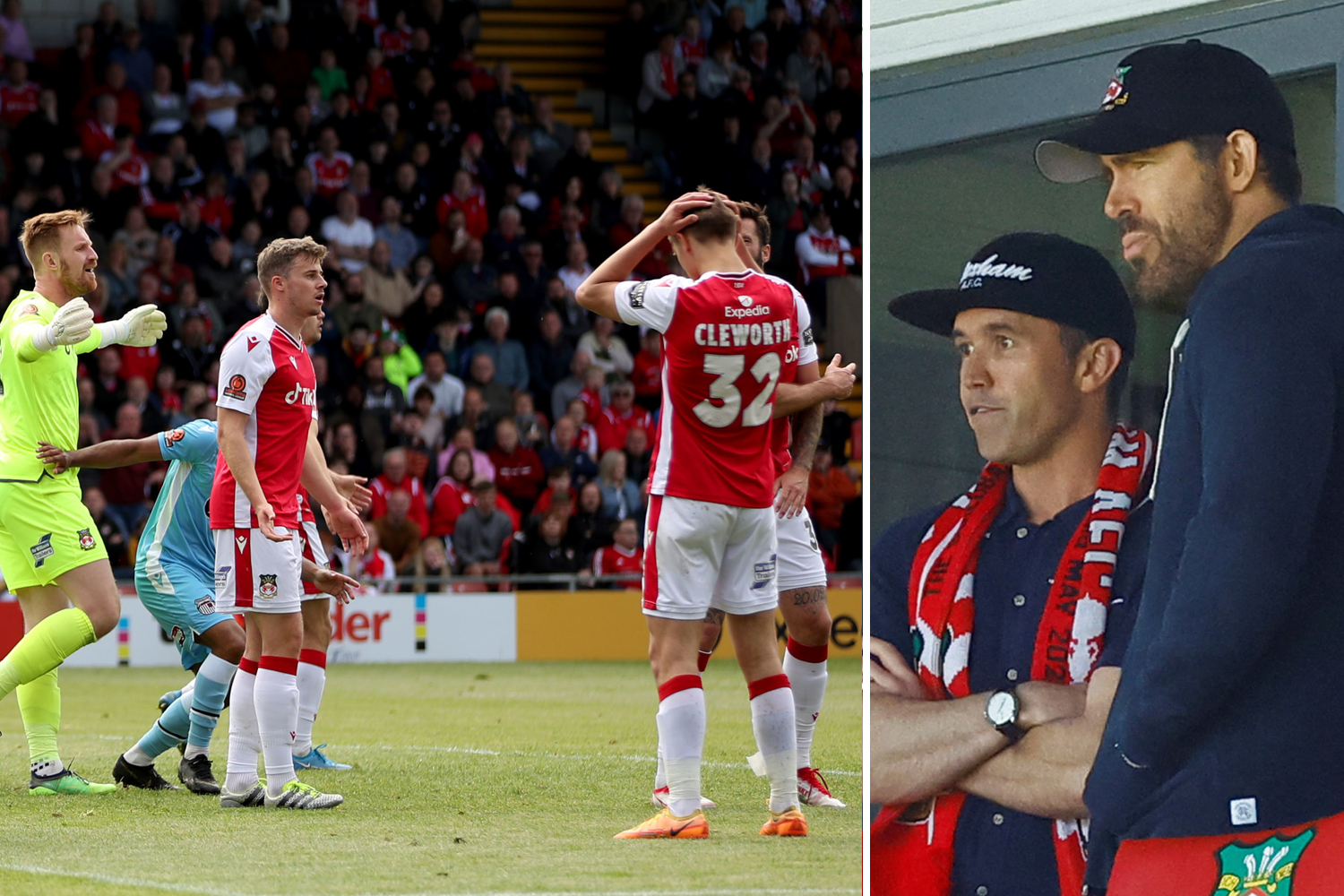 The defender has been a walking yellow card all season and at Wembley he took his tally to the season to a staggering 16 — both of which were needless.

Quite what he was doing when he decided to push Nathan Smith in the box after tugging his shirt for the first and then he took Wilson out with a late challenge which he did not even need to make.

Vale have now returned to the third tier after five seasons out.

Boss Darrell Clarke — who was given compassionate leave in February after a close member of his family died in February — only returned to work earlier this month after his 18-year-old daughter Ellie passed away.

And both sets of fans organised a minute’s applause in the eighth minute in solidarity of the Vale boss.

As the ball was swung across, he looked set to make a regulation clearance but somehow left it after a miscommunication between him and his keeper.

And the ball bounced into the path of Jamie Murphy, whose header was superbly kept out by Aidan Stone.

It was a sitter for the Mansfield attacker. He should have put it away from six yards.

Port Vale were looking so shaky and a poor header back towards Stone saw the keeper having to race out to beat the on-rushing Rhys Oates.

But the Valiants went closest to opening the scoring when Ben Garrity set up Harratt and from just outside the box smacked an effort against the inside of the right post.

Yet he made no mistake in the 20th minute by firing them in front.

Mal Benning rampaged on the right and Harratt stooped to head home his cross from just six yards.

Vale suddenly had the Stags shaking and Gibbons crashed an effort just over.

However, the lead was doubled.

David Worrall’s crossed was met by another Garrity header which this time bounced back off the bar — only for James Wilson to nod home the rebound for his 15th goal of the season.

Port Vale were on the rampage and were denied a third when Jake Taylor played a glorious ball to send Benning on his way — but his fierce effort was beaten away by Nathan Bishop.

And the Stags chances of getting back into the game were pretty much ended in the 35th minute when Hawkins was sent off.

But incredibly Mansfield almost pulled one back when Stone fluffed a cross and Oates looked to have scored but Conor Hall was there to clear off the line.

Goaline technology showed that only one eighth of the ball did not cross the line.

Wilson then saw a free kick in first-half stoppage time kept out by Nathan Bishop.

Harratt thought he had netted a third after the break when he slotted in after Bishop had spilled a Wilson shot — but he had strayed offside.

Then Harry Charsley has one ruled out after he also ran offside before collecting Benning’s pass and firing home.

Stone made a top save to stop Mansfield clawing themselves back into the game.

George Harris laid a lovely ball into Oates, whose deflected shot was turned around the post by the keeper.

And Oates then saw another effort flash wide.

But it was game, set and match when Benning volleyed home from a wonderful cross from David Worrall.

It was a wonderful finish — especially when you consider he raced 20 yards to connect with the cross.

As ref Jarred Gillett blew it sparked wild celebrations among the 17,000 Vale fans.

The Valiants are going up and under Clarke as manager you would not bet against them doing better than simply just staying up.

Rams back in playoffs for 1st time since Super Bowl loss