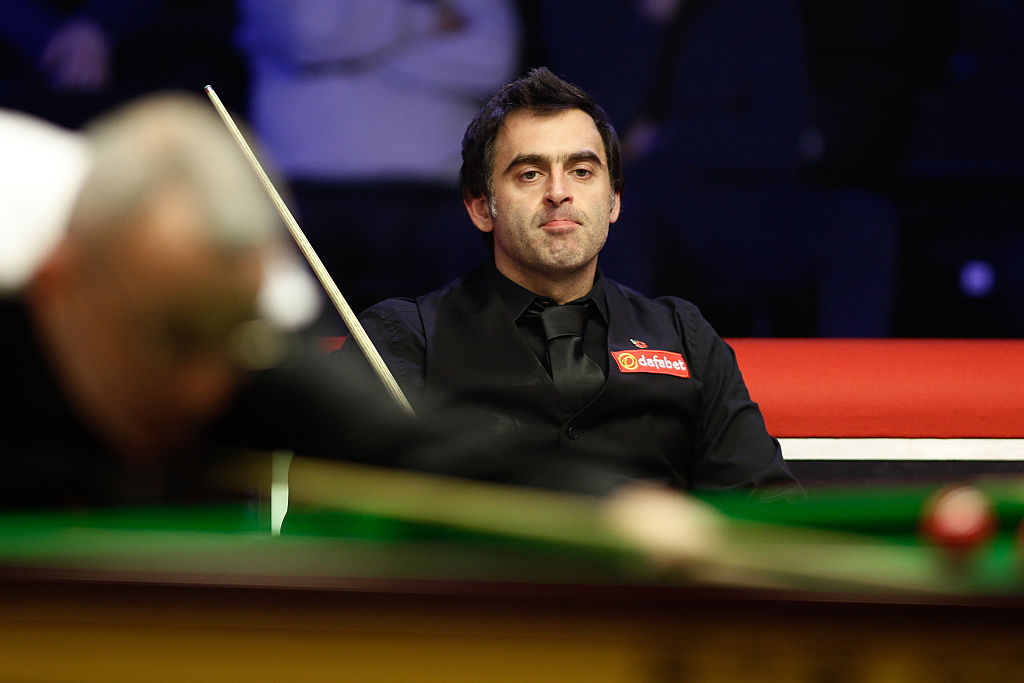 Martin Gould takes on his practice partner Ronnie O’Sullivan at the Welsh Open on Thursday after seeing the ‘frightening’ skills of the Rocket up close and personal.

Both men have looked in good touch so far this week at Celtic Manor, with neither dropping a frame en route to the third round.

Ronnie has despatched Robbie Williams and Jimmy White, while Martin has seen off Mitchell Mann and Jimmy Robertson in fine style.

Their respective sharpness is partly thanks to each other after some long and high-quality practice sessions before Christmas and in recent weeks, which Gould admits came as something of a shock.

The 39-year-old has been involved in the game for a long time, but he says when the Rocket comes calling, you answer.

‘We’ve been practicing with each other a fair bit, played a couple of weeks ago, played a fair bit before Christmas, I’ve thoroughly enjoyed it, it’s been great playing with him, I’ve learned so much,’ Gould told Metro.co.uk.

‘When he got in touch I was like a little school kid. He messaged me out of the blue, I was just coming back form an appointment for my back and when I saw his message I had to literally sit down. I thought, “what’s he messaging me for?”

‘He asked what I was doing in a couple of days’ time and asked if I fancied a few games. I thought, “I don’t care if I have anything booked, I’ll cancel it.” I actually did have to cancel a couple of appointments, I jingled things around because I didn’t want to say no in case he thought I was unreliable. If he rings and says “come and have a game” I’m coming, I don’t care where he’s playing.’

Obviously taking on the six-time world champion in practice is a tough task, but Gould says it has been a highly rewarding one, seeing the Rocket firing at close quarters, while he also complimented Ronnie’s hospitality.

‘I got there the first time and he brought me a coffee and I was thinking, “I could get used to this.”’ Martin said.

‘Just watching what he does is frightening, it’s unreal.

‘It’s amazing to watch what he does, his mind is so quick. He sees safety routes and will just put you in there before I’ve even noticed it. I think I’m quick but he’s on another level. It’s the best practice you can have.

‘I’ve certainly not disgraced myself. He’s won a session, I’ve won a session, when I first went he peppered me a couple of times, but that was because I hadn’t been practicing,

‘I expected to get a beating and that’s what I got, but I’ve got up to pace and I’m nice and sharp now. We’ve had some good long sessions, an early one we played seven or eight hours and he text me the next day saying, “not sure I’m doing that again.”‘

Gould is confident from his first two wins but knows he has to be at his very best to beat his practice partner on Thursday in the last 32.

Their sessions in the club have taught Martin that mistakes will be ruthlessly punished and he is out to avoid them.

‘It should be a good one. I’ve had two 4-0 wins, just like Ronnie. If I play like I have been in the first two then I’ve got a good chance,’ Gould continued.

‘It’s about getting off to a good, fast start and then we’ll work the rest out from there. You just can’t afford to make mistakes against him, that’s what I’ve learned first hand in practice.

‘He can clear up from absolutely anywhere, I could put him on the floor and he’ll clear up, honestly. But if I start well, we’ll see what happens.’

Gould has enjoyed a good season so far, with a run to the final of the European Masters and quarter-final of the World Grand Prix after bouncing back from mental health problems last year.

12 months ago was the peak of his problems with depression and it is rewarding to be in such a good place in the same event one year on.

Martin has been able to help others by speaking so openly about his problems and has gone even further by messaging people directly who have been struggling.

‘I feel good. I came here wanting to play whereas I came here last year not wanting to be here, so it’s a bit of a swing from 365 days ago,’ he said.

‘This time last year in Cardiff I played Stuart Bingham and I’d already booked my ticket home before I’d played, that shows you how much I didn’t want to be there.

‘It’s been nice travelling, this is the longest journey I’ve done in ages. I was wondering how I’d be, but I was fine, I’m happy.

‘After the World Championship I got a lot of people messaging me, a couple from people I know and mostly people I don’t know on social media.

‘There was one guy I kept messaging every day for a while because he was in a real bad place, even if it was just one message. If I didn’t get one back within an hour I’d message again.

‘I didn’t know the guy but he appreciated it and he’s getting better. He messaged me a week or two ago and he feels a hell of a lot better.’

Gould and O’Sullivan meet in the Welsh Open last 32 on Thursday afternoon.

Horn v Tszyu bout is on, could Melbourne be a surprise venue?