MARTIN ODEGAARD wants to win the Champions League and the Premier League with bottom of the table Arsenal.

The Norwegian has revealed his personal objectives after making his move from Real Madrid permanent. 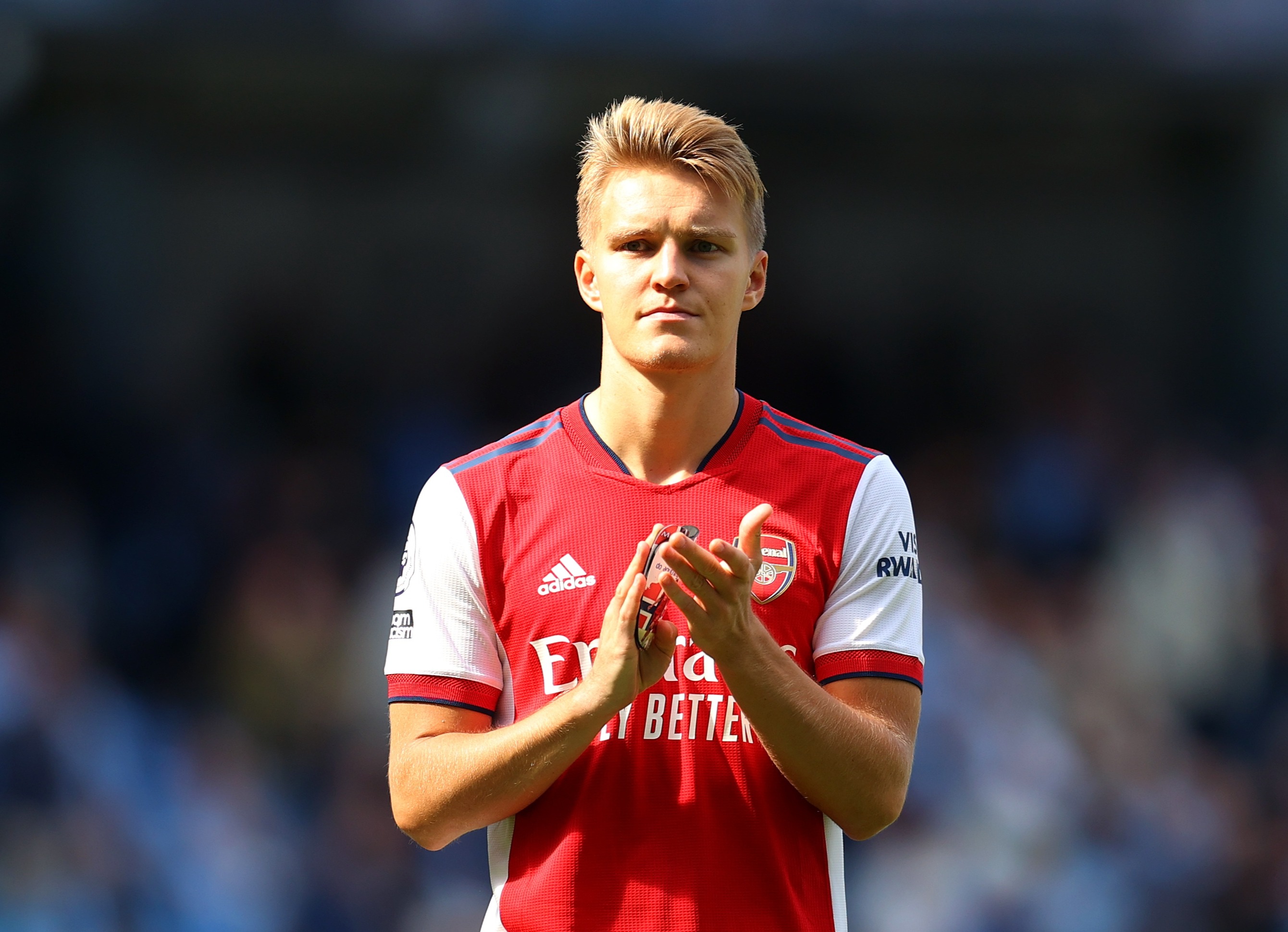 Odegaard, 22, sealed a £30million switch to the Gunners this summer.

He has joined the club in the midst of a terrible run of form.

But despite the club seemingly being in turmoil, the midfielder is optimistic for the future.

Asked for his personal objectives at Arsenal, Odegaard told Sky Sports: "To get the club up the table, at the top of the league and to fight for European football and trophies.

"We want to get back to European football this season, that would be important for the players for the club for the fans.

"And then hopefully, with time, win trophies, the Champions League and hopefully win the league within a couple of years."

Asked if that mindset comes from under-pressure Arteta or himself, Odegaard explained: "That’s from everyone.

"This club needs to be at the top and needs to play European football and I think everyone agrees.

"It's not something we have talked a lot about but that’s just how it should be at this club and that’s the standard."

As well as his ambitious intentions, Odegaard also admitted this month, having Amazon's All or Nothing cameras around is a a little off-putting.

He said: "You automatically think a bit more about what you are saying when there are cameras there, but the crew is discreet.”