Last week Melbourne United had their players and coaches spread between three teams and two countries while the NBL paused for FIBA World Cup qualifiers.

Melbourne had Mitch McCarron, David Barlow and Craig Moller in camp with the Australian Boomers, although they played both games in Melbourne, while Alex Pledger, Tohi Smith-Milner and assistant coach Paul Henare were in New Zealand with the Tall Blacks as the remainder of the side trained and waited.

This week has been about getting everyone back on the same page before they visit the Brisbane Bullets on Saturday then host them at Melbourne Arena on Monday night. 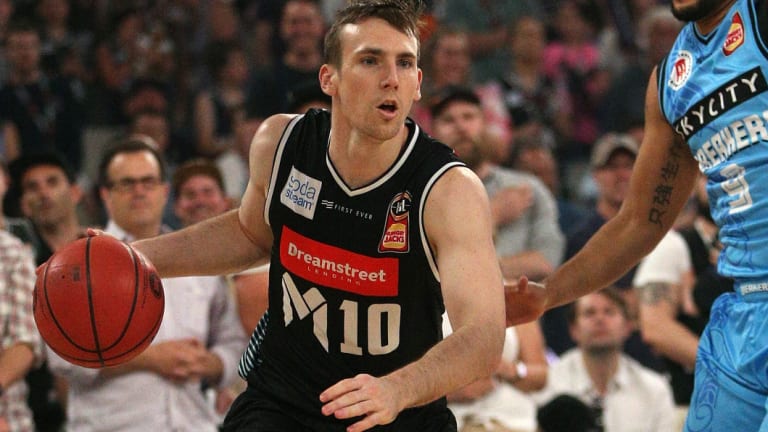 If Melbourne's star players needed a warning about the dangerous nature of these two games, they certainly received one from the team's reserves at training on Thursday.

At the end of training scrimmage the "white team" took the game to the team's leading six players and they caused a few defensive headaches using some of the Bullets’ favoured offensive sets.

What followed was a lengthy and frank team talk as the bench exposed some indecisiveness between the starters on defence, something the potent Bullets attack could profit from as the likes of Cameron Gliddon and Jason Cadee would end up with open shots.

The Bullets will look a little different this round as they have released import guard Stephen Holt and will have Jeremy Kendle filling in until they sign a replacement.

Melbourne guard Chris Goulding has made strides in regaining full fitness after battling back from a knee injury, he is expected to face the Bullets and coach Dean Vickerman tipped his captain to make further progress in the coming weeks.

McCarron was on the blue team on Thursday and said his side knew they had to improve their defence against the Bullets.

"Today was great with a nice, competitive practice," McCarron said.

"The Bullets are tough and I have a lot of respect for [coach] Andrej [Lemanis] and his staff and they have some really smart players who have played in that system for a long time.

"They are very similar to a Perth Wildcats, in that if you try and run [guess] their offence they will break it off as they have smart players who will get easy baskets.

"We have to chase Gliddon off the [three-point] line as he has been hot for a while and Jason is now hot after the Boomers game so we have to get him off the line as well."

Cadee (21 points) and Gliddon (17 points) were the two leading scorers in the Boomers thrashing of Qatar on Monday night and the Bullets almost upset Melbourne in Melbourne last month knocking down 15 of 34 three-point shots in a 102-94 loss.

"We had a target last time to try and defend the three-point line and they knocked that over before half time," Vickerman said.

"They made 15 threes and you don't lose too may games in this league when you make 15 threes, so it's kind of similar to defending Melo Trimble from Cairns – do you focus on him or let him go for numbers then try to do something about stopping the rest.

"We are not satisfied with how we guarded the three-point line last time, so there has been a focus on how we defend that."

Melbourne United play Brisbane at Brisbane Convention and Exhibition Centre on Saturday at 2.50pm (AEDT), then the two teams play at Melbourne Arena on Monday at 7.50pm.