Melbourne United coach Dean Vickerman has called out his side's lack of poise as they prepare for their return clash with the Brisbane Bullets at Melbourne Arena on Monday night.

The Bullets came back from a 17-point deficit to beat Melbourne 97-94 in Brisbane on Saturday and their last term was one of their best this season as they dominated with a 28-14 finish. 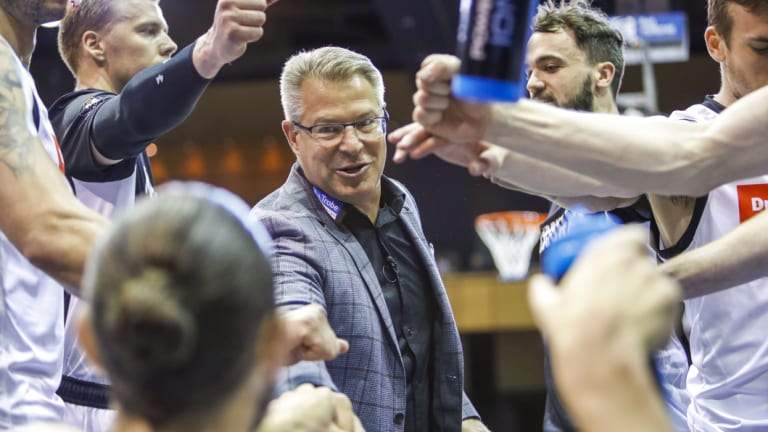 Fighting talk: Melbourne United coach Dean Vickerman rallies his men during the round 8 loss to the Bullets at the Brisbane Convention Centre on Saturday.Credit:AAP

But what frustrated Vickerman most was his side's lack of clear decision making when pressured by the Bullets, who pressed and hassled Melbourne out of their favoured offensive sets.

In their title-winning season last year and through much of this campaign, Melbourne's passing and decisions have been a strength, as has their ability to deal with pressure defences and still find avenues to the basket.

Andrej Lemanis and his team caught them out on Saturday, and Vickerman will push his side to regain their composure for Monday's game.

This sort of situation is also a dress-rehearsal for the NBL finals as they will face a team like Brisbane twice in a few days and need to make adjustments. 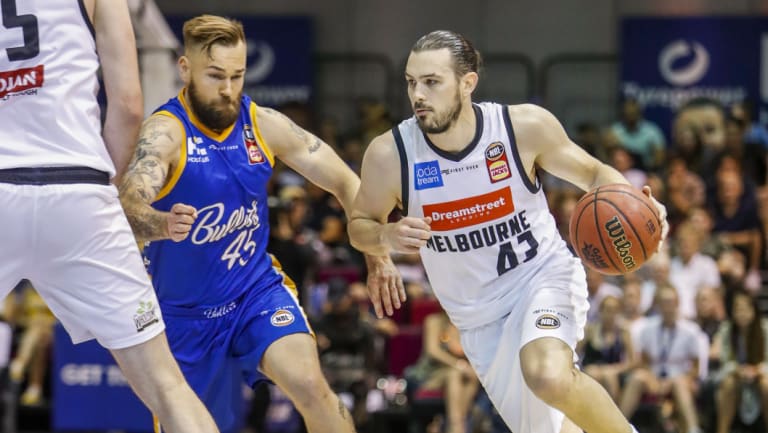 Make or break: Melbourne’s Chris Golding will face another test of pressure in Monday night’s clash against Brisbane.Credit:AAP

"They turned up their pressure and I think our decision making against pressure wasn't good enough,' Vickerman said.

"We didn’t really turn the ball over but it didn't allow us to get the shots we wanted to get.

"We had opportunities there. They pressed us, we kicked it ahead and had a numbers advantage to tie the game up but there was some execution there that in tight games we have to be better at."

Vickerman added that his side needed to be better prepared for Monday's game, especially at the offensive end where they hope to have more offensive sets to counter whatever the Bullets throw at them.

"We haven’t spent enough time together, only a couple of practices after the FIBA window so there are some things I have to got to make sure are in place and some counter offences are in place in case they take something away," Vickerman said.

"We weren’t great with our counters tonight."

Former Bendigo Braves import Jeremy Kendle also starred for the Bullets on Saturday as he fills in for the side while they look to secure a long-term replacement for Stephen Holt.

Kendle scored 15 points in 13 minutes off the bench and Vickerman praised his impact.

"Kendle really changed the game for them, gave a lot of other people confidence tonight," Vickerman said.

Melbourne veteran Dave Barlow led his side with 20 points and he said they had to reduce the impact of Patterson and Kendle on Monday.

"Without looking at the video I think that’s the main reason we lost because we kept putting scoreboard pressure on but they kept coming back at us," Barlow said.

"That's disappointing as a player, we could have done better."