Will Cain: NFL looking for power, not accountability

Michael Sam, who made history in 2014 when he was the first openly gay football player to be drafted in the NFL, commented on the recently surfaced Jon Gruden emails on Wednesday.

Sam was speaking at an online event for Augusta University in Georgia when he commented on the Gruden emails, according to USA Today.

“It’s unfortunate especially that the first active gay player who’s playing is on the same team,” he said referencing Carl Nassib, who came out as gay in the offseason and is the first openly gay active NFL player in history. 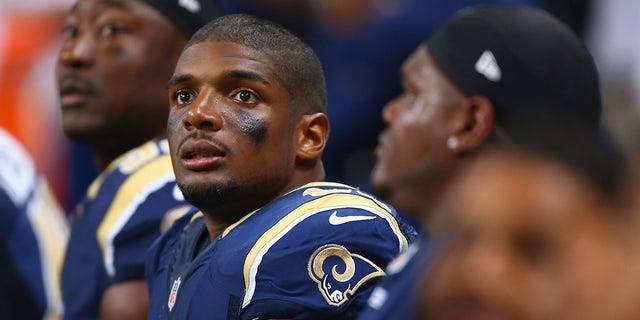 Michael Sam #96 of the St. Louis Rams watches from the bench during the second half of a pre-season against the New Orleans Saints game at the Edward Jones Dome on August 8, 2013 in St. Louis, Missouri. The Saints beat the Rams 26-24.
(Photo by Dilip Vishwanat/Getty Images)

A bombshell report from the New York Times on Monday night revealed Gruden, while he was a commentator at ESPN, sent homophobic, misogynistic and other distasteful emails to former Washington Football Team president Bruce Allen between 2010 and 2018. The back-and-forth came before Gruden signed a 10-year, $100 million contract with the Las Vegas Raiders.

Gruden in at least one email, according to the Times, called NFL Commissioner Roger Goodell an anti-gay slur and a “clueless anti-football p—y” and argued that Goodell shouldn’t have allegedly pressured then-St. Louis Rams coach Jeff Fisher to draft “queers,” in reference to Sam. 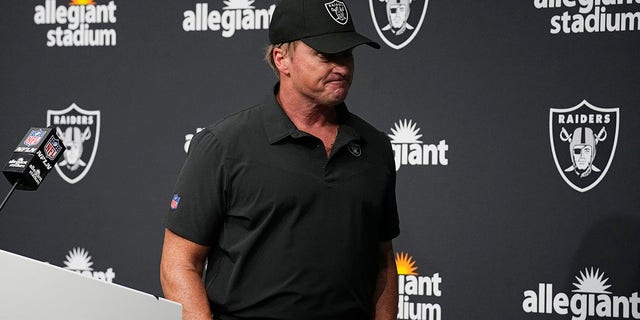 Las Vegas Raiders head coach Jon Gruden leaves after speaking during a news conference after an NFL football game against the Chicago Bears in Las Vegas, in this Sunday, Oct. 10, 2021, file photo. Jon Gruden is out as coach of the Las Vegas Raiders after emails he sent before being hired in 2018 contained racist, homophobic and misogynistic comments.
(AP Photo/Rick Scuteri)

The email appeared to show a complete disconnect from Gruden’s messaging when his own player Carl Nassib came out as gay before the start of the 2021 season and became the first active openly gay NFL player.

“So it almost seems like you know how the whole team would rally around (Nassib), but again, it almost seems like it was just for show. So are you really a part of it, or are you not?” said Sam, who was on the rosters for the St. Louis Rams and Dallas Cowboys but never played in a regular-season NFL game.

“It’s moving in that direction (of acceptance), so if you’re not a part of it, you need to find another profession.” 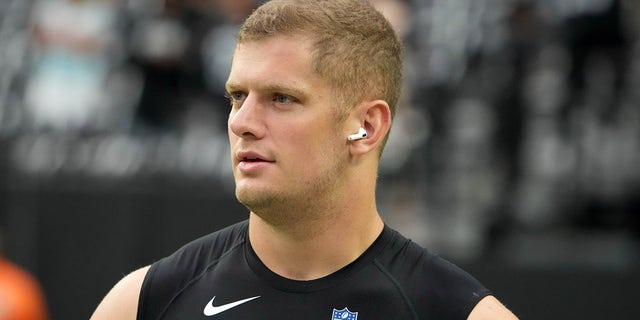 Sam added he would hope the NFL “will definitely crack down on bigotry like that.”

Nassib was granted a personal day Thursday amid the fallout from the scandal.